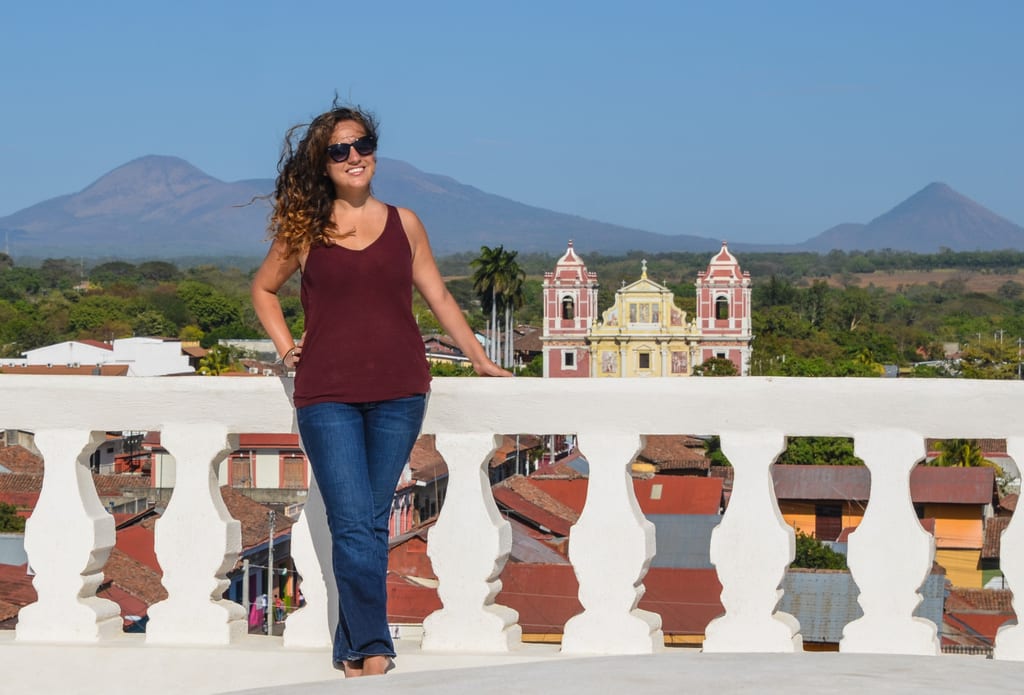 Central America is known for its volcanic landscapes, its natural beauty, its beaches, its charming small towns.

What it’s not known for? Its cities. Sure, Panama City is probably the best big city in the region, and San Salvador has a lot to offer, but the message for cities from Managua to Belize City to Guatemala City to Tegucigalpa is, “There are cultural offerings if you look deep enough, but you’re not committing a travel crime while skipping them.”

Well, I happened to find a fantastic city in Nicaragua. León. 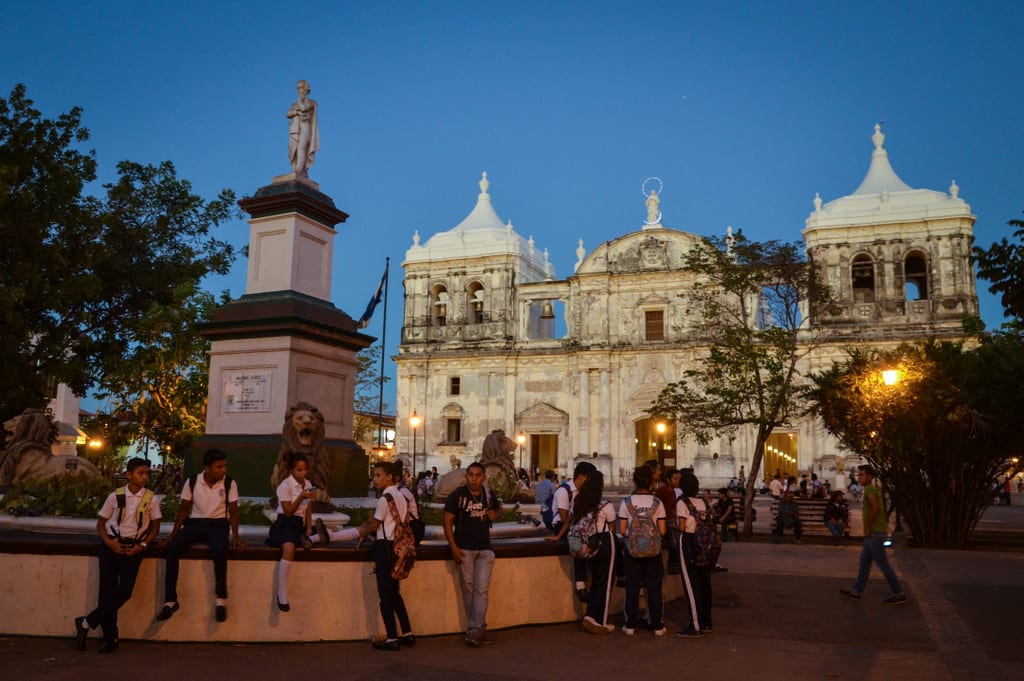 León was everything that I hoped Granada would be — a living, breathing city with with street food on every corner, clothing shops on every block, a giant market filled with fresh produce, an extraordinary number of colorful churches. Families strolled together at sunset; teenagers in school uniforms goofed off in the park. The only American chain I saw? Payless Shoes.

Best of all, I felt like tourism in León was an afterthought at most, not the primary focus. 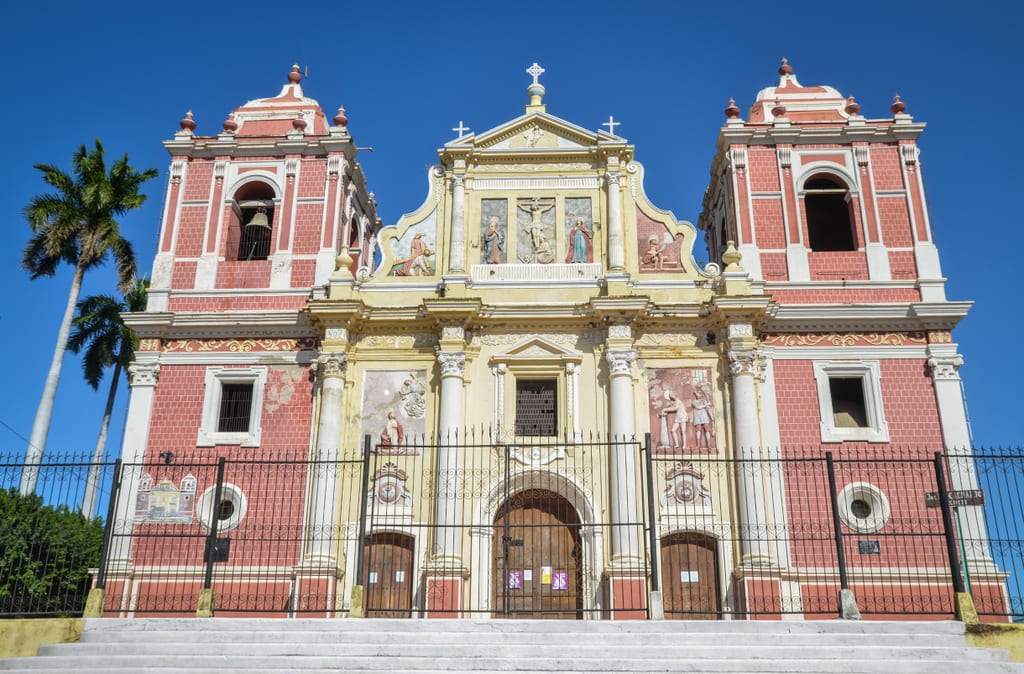 The Boston of Central America

León is a small but mighty city, Nicaragua’s intellectual capital, a major student city, a walkable city, and it’s one of the hottest, most humid places I’ve ever been. Sound familiar?

People always compare places to Boston (is Manchester really the Boston of Britain? Cuenca the Boston of Ecuador?), but I’ve never found any other city to be a fit. The one missing element? Revolution.

Well, León has revolution in spades. It’s the ground zero of the Sandinista Revolution and the subsequent Contra War. I came in knowing absolutely nothing about this conflict (in my AP US history class we covered everything post-WWII in about two weeks before moving on to drilling for the exam. On which I got a 2 because my essay question was about Eisenhower and highways, but I digress…).

I didn’t know anything about the revolution, so I signed up for a city tour in the travel agency next door to Via Via hostel. I ended up being the only person on the tour and my guide, Carlos, taught me a history of the revolution that gripped Léon in the 70s and 80s.

Today, much of it is depicted through street art. 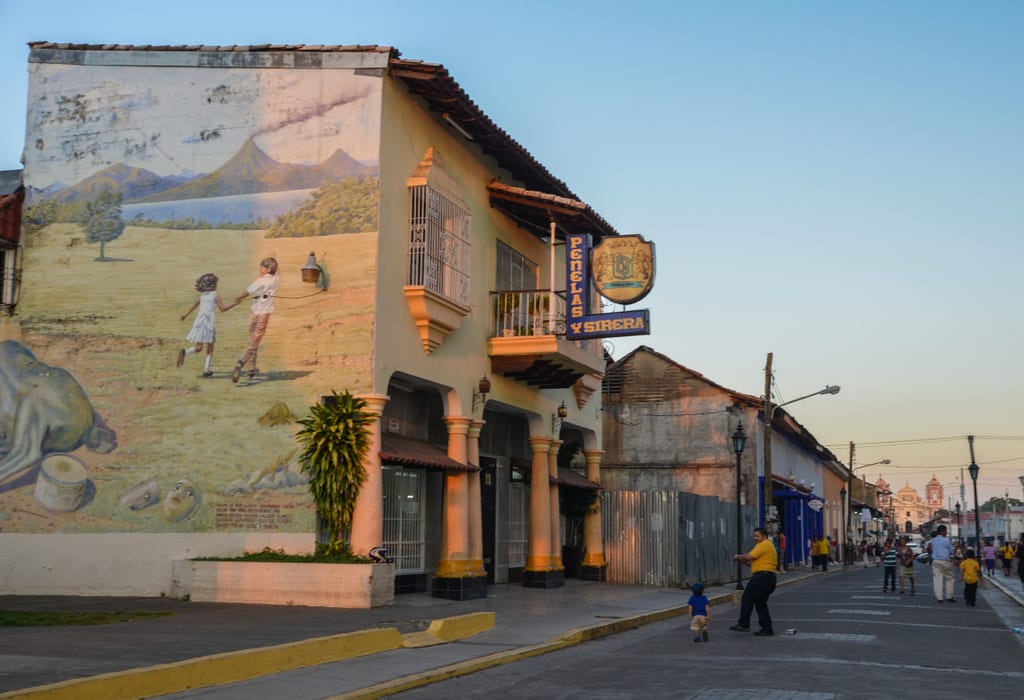 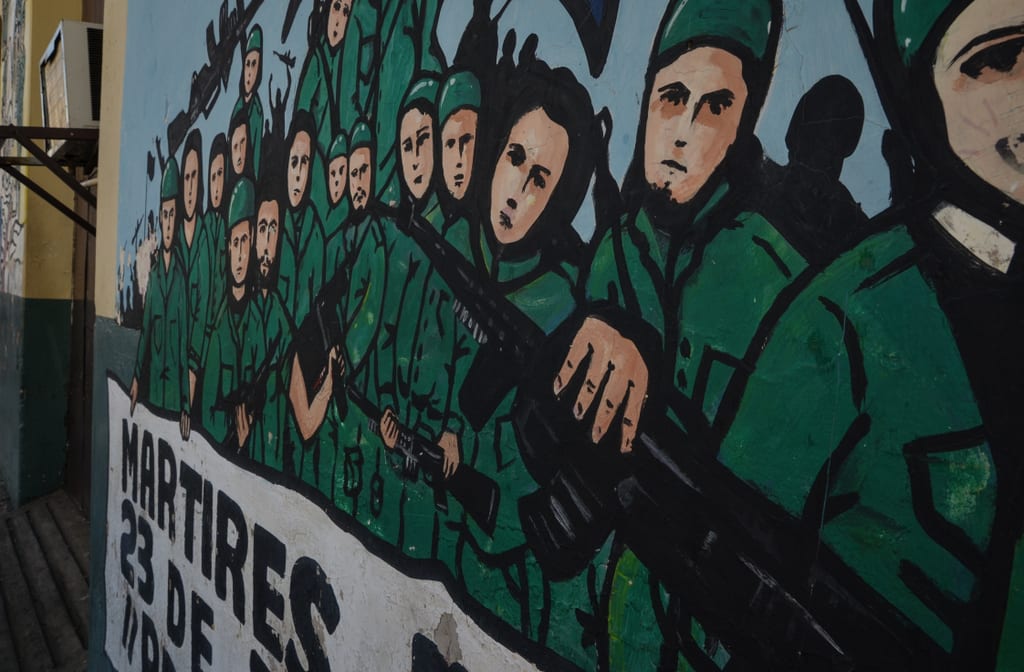 I’m not going to get into it because I’m not qualified to give a history on it — if you’re interested, Wikipedia is a good place to start.

And my research isn’t done — I need to read up on this conflict even more to gain a greater understanding. But this tour was the perfect introduction. 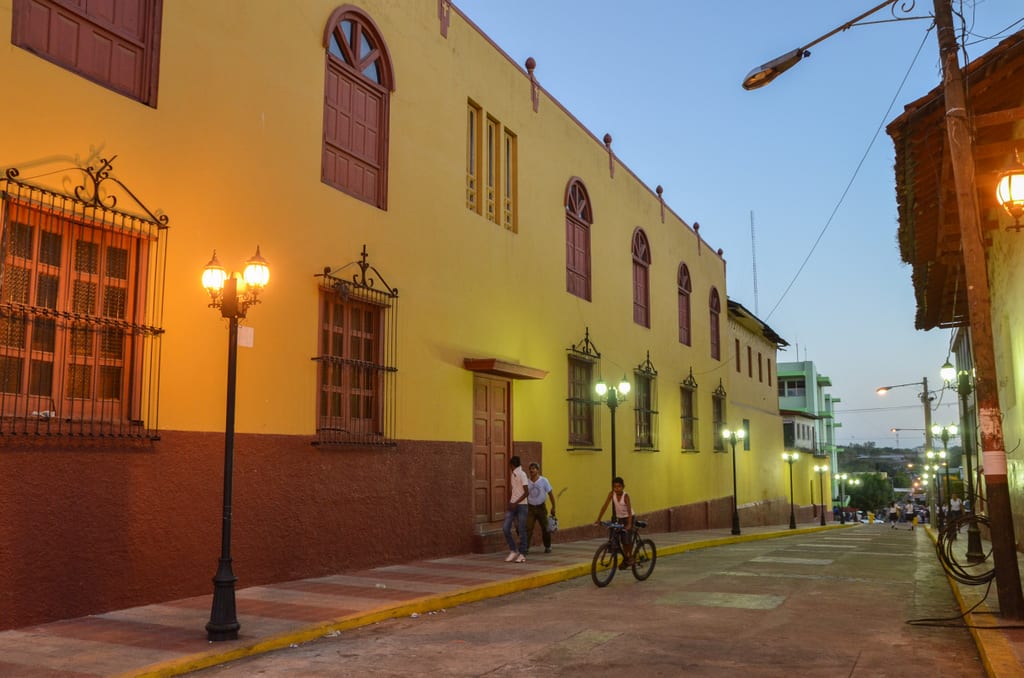 I loved everything about my month in Nicaragua. Friendly people, cheap prices, stunning natural beauty, but most of all — THE COLOR!

León brought the color more than anywhere else in Nicaragua, with the possible exception of San Juan del Sur. 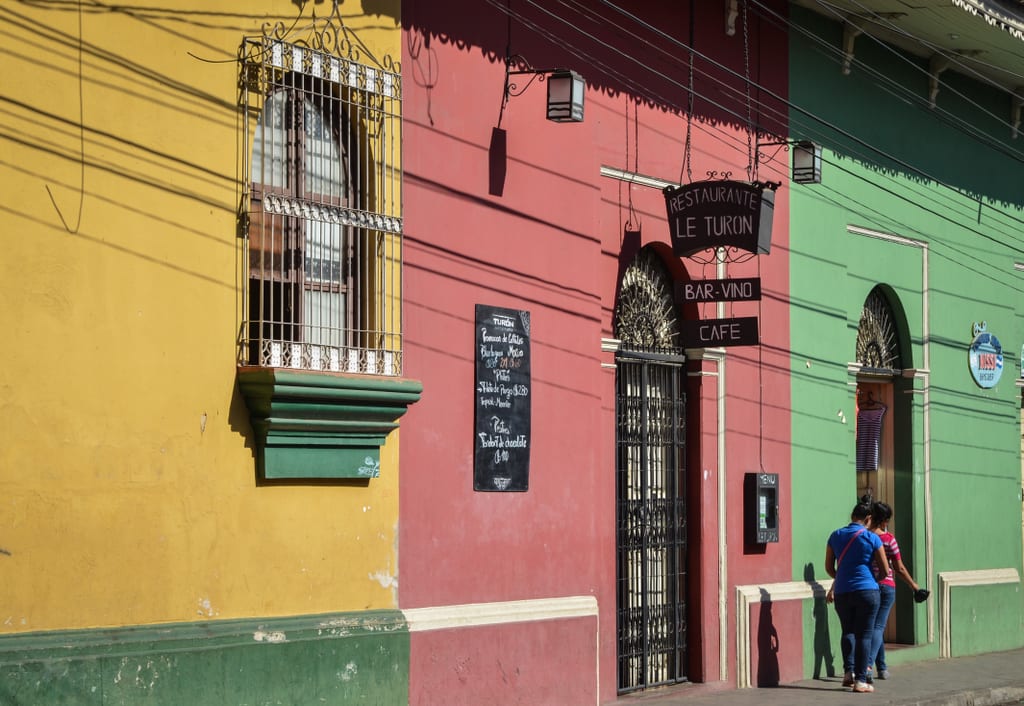 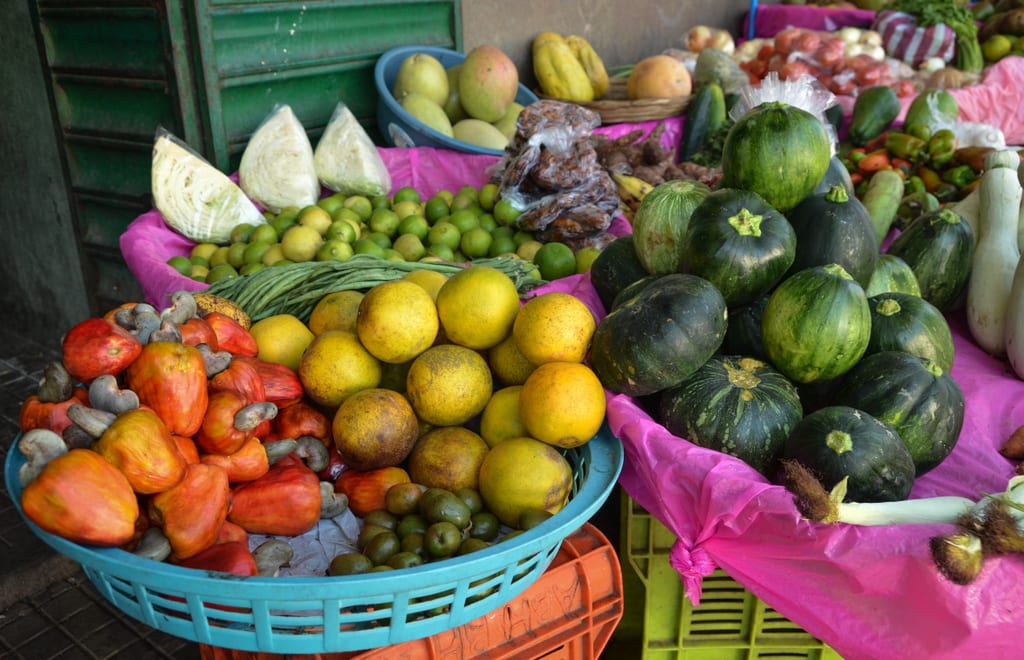 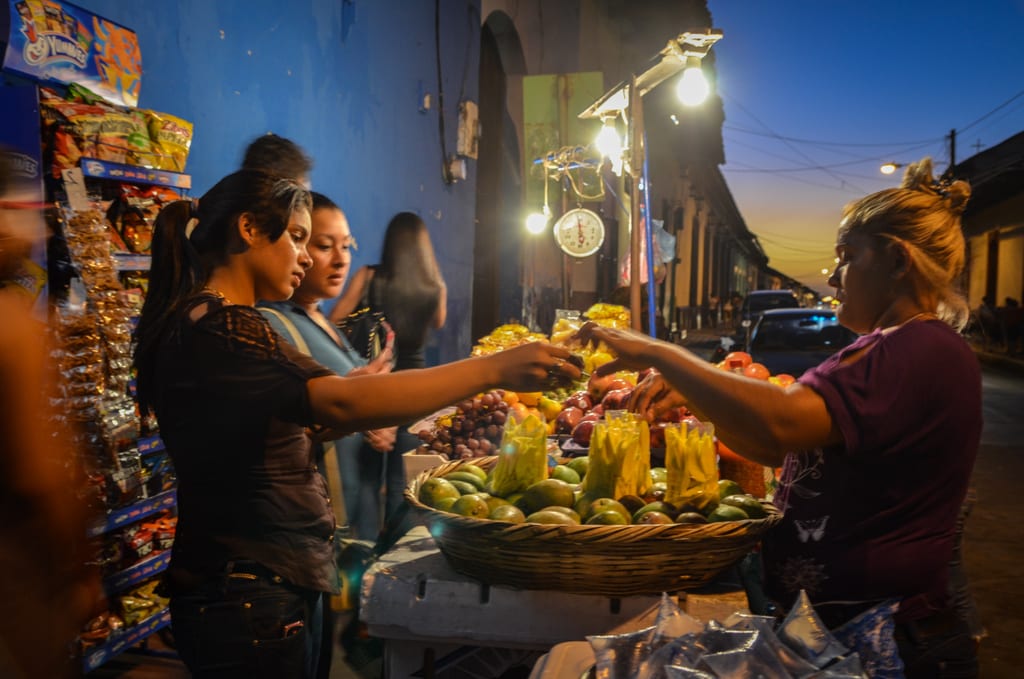 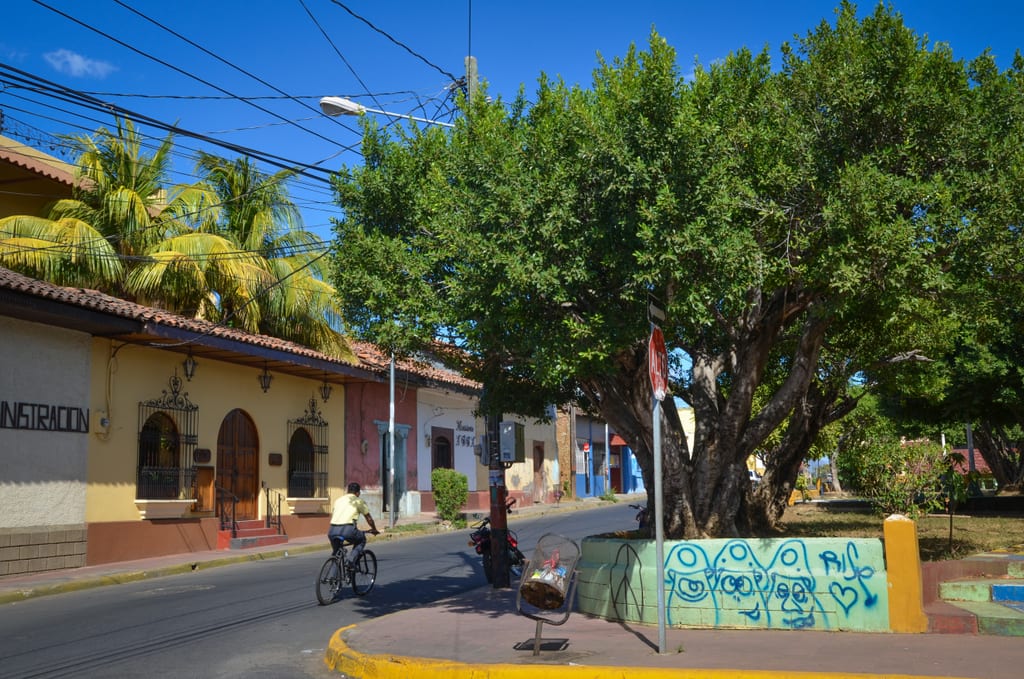 León is lots of things, but it definitely isn’t shy. 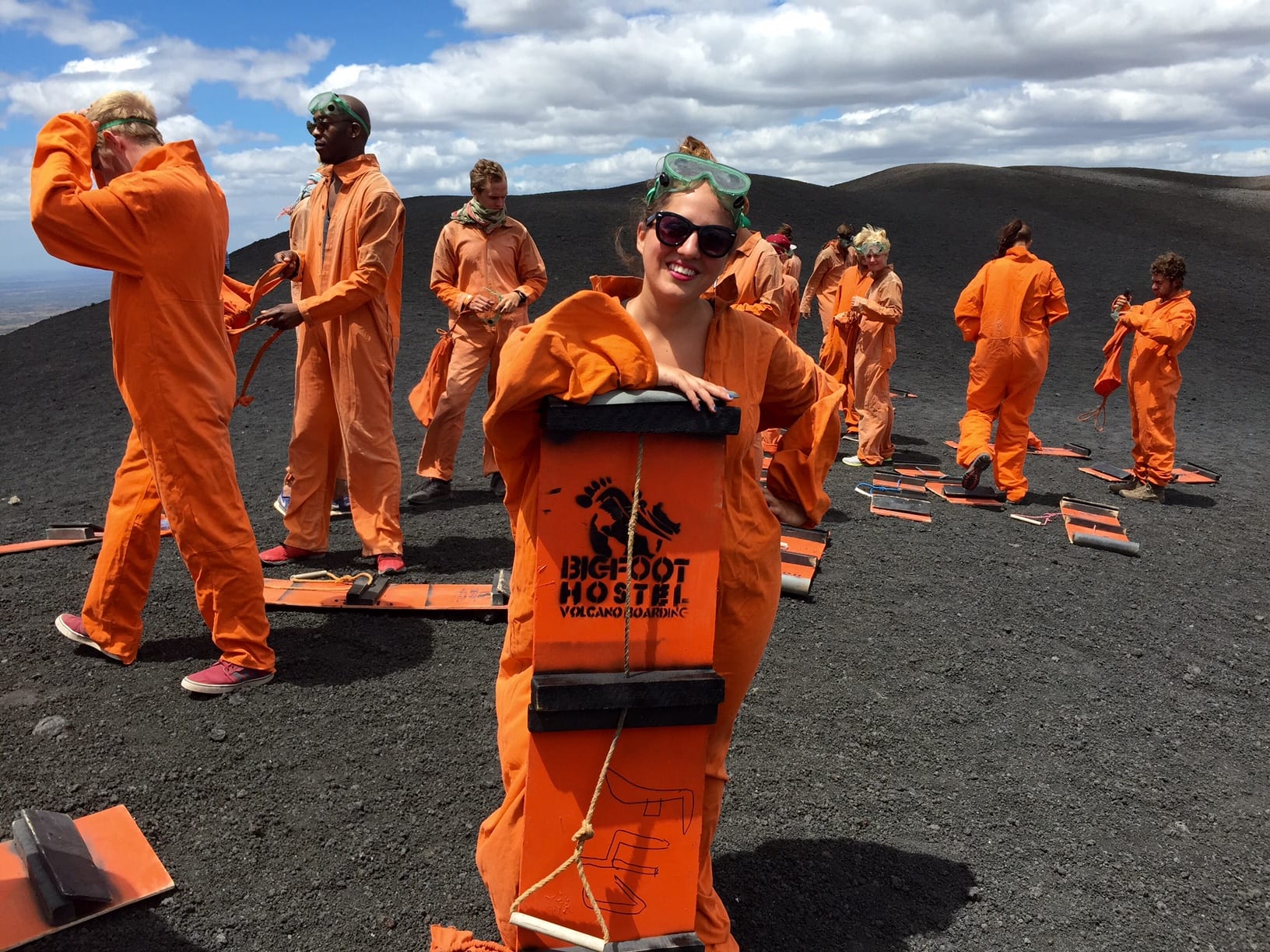 Climbing a volcano and sliding down it — it’s a crazy adventure activity and a major reason why people come to León.

Unfortunately, it wasn’t a good experience. I was given a defective board; it didn’t slide and I ended up having to get up and kick the board down the volcano as the group groaned, “Awwwwww.”

For what it’s worth, once they saw the extent of damage to the board, they agreed to refund me.

At least I got some good photos. 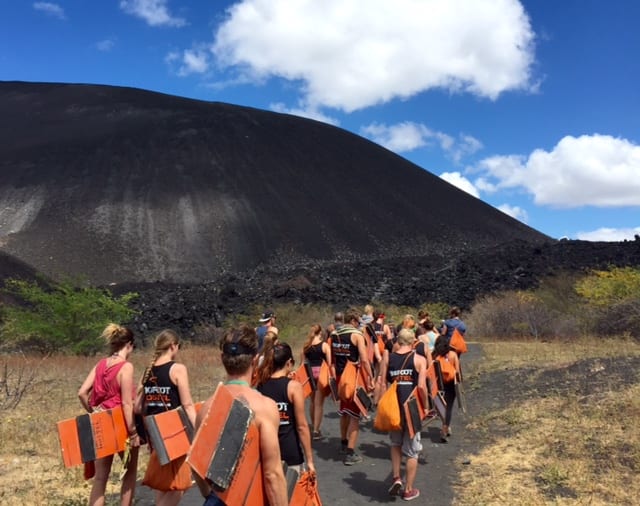 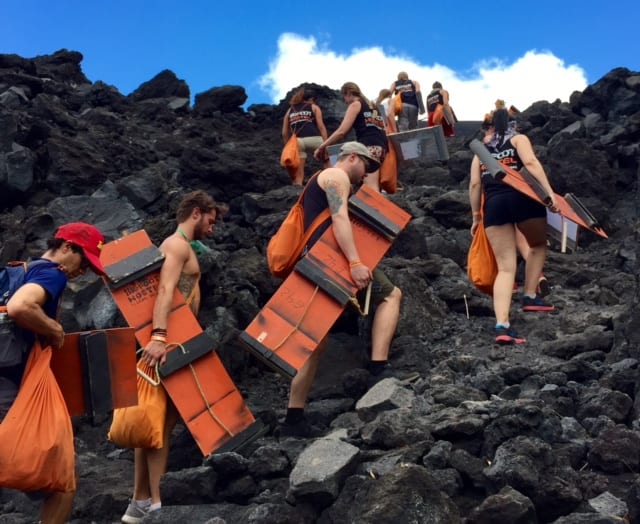 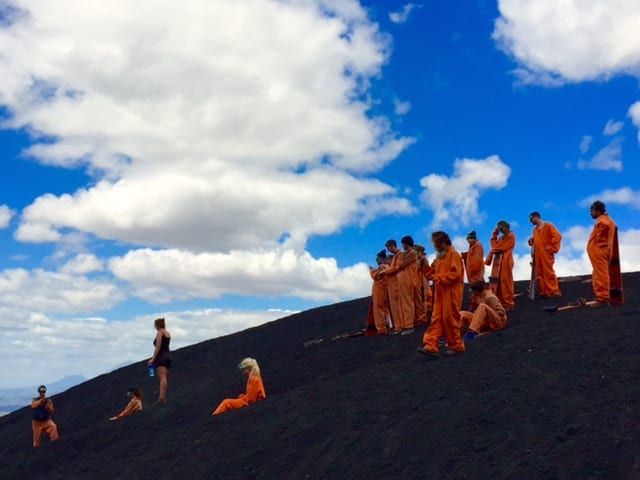 There are lots of companies that offer volcano boarding packages. I didn’t feel like I wanted a do-over, but if I return, I might go for it with the nonprofit Quetzal Trekkers. See “Essential Info” at the bottom of this post for more information on them. 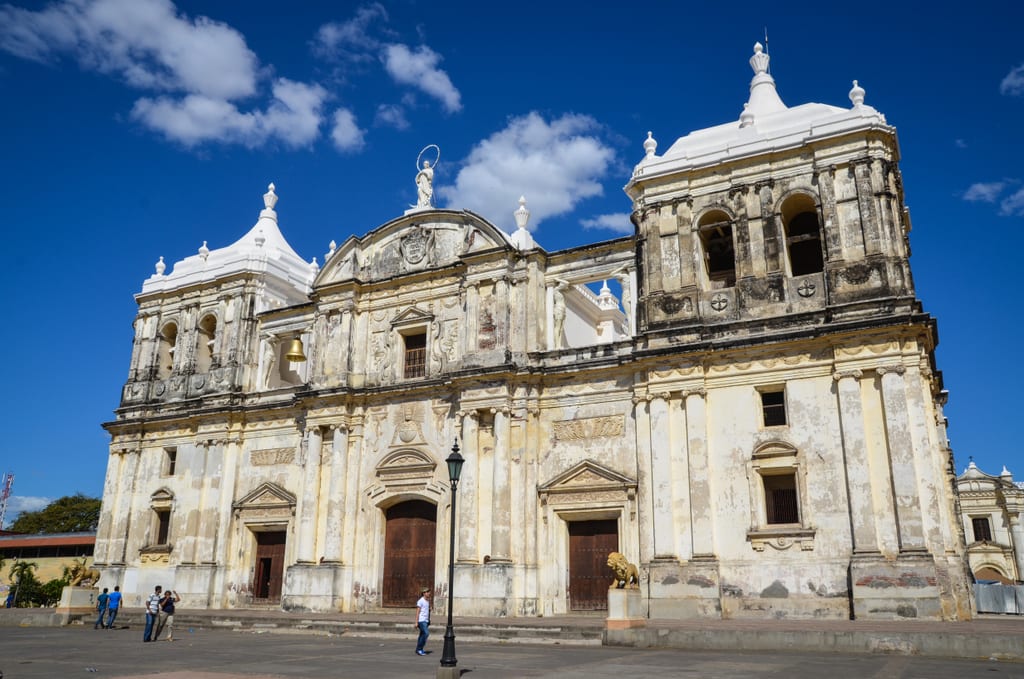 Even though I knew León Cathedral was a UNESCO World Heritage Site, I wasn’t expecting it to be so impressive.

The interior was fairly standard… 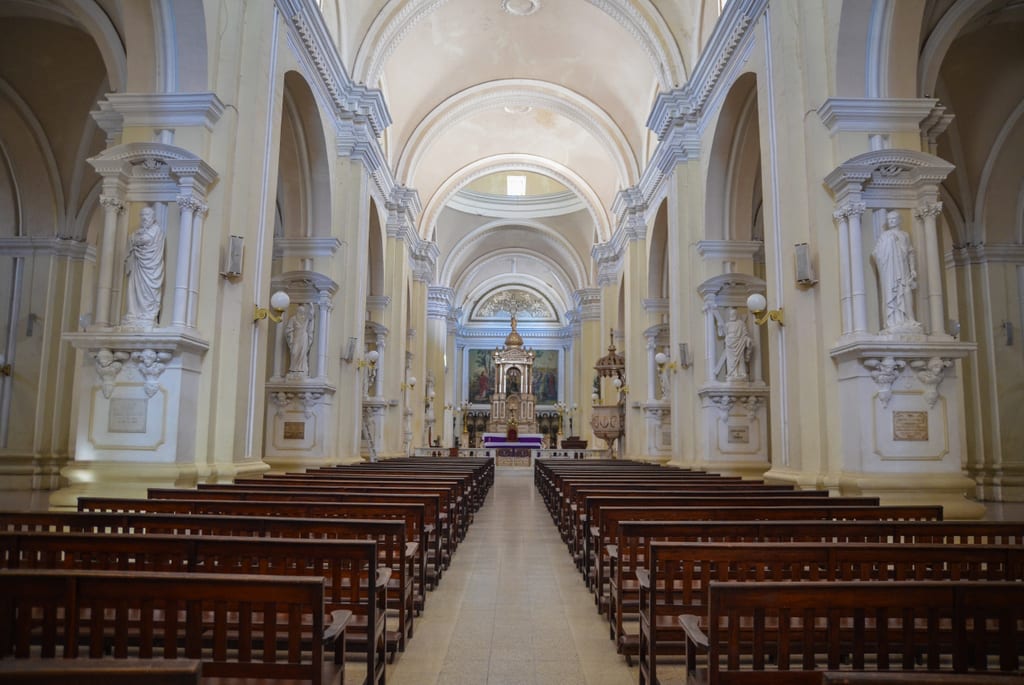 But then I got to the roof. 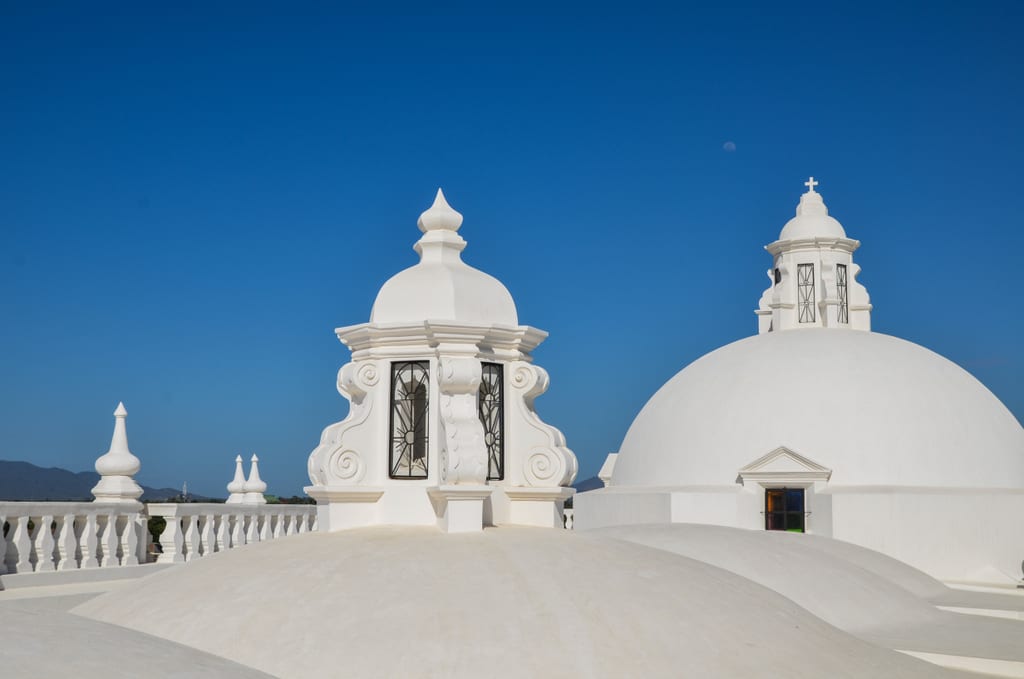 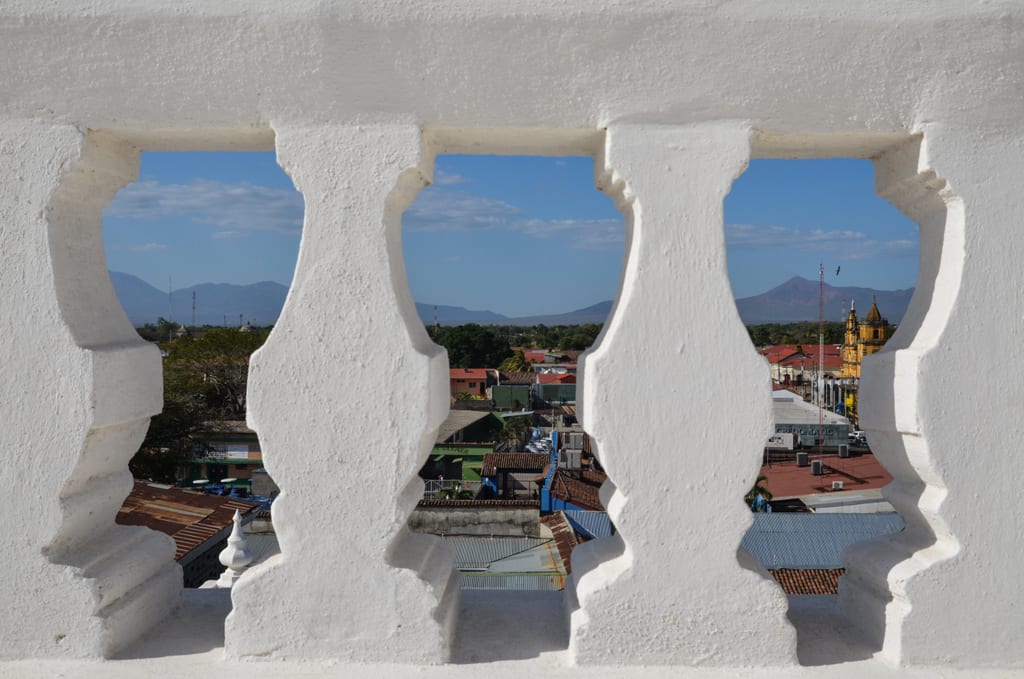 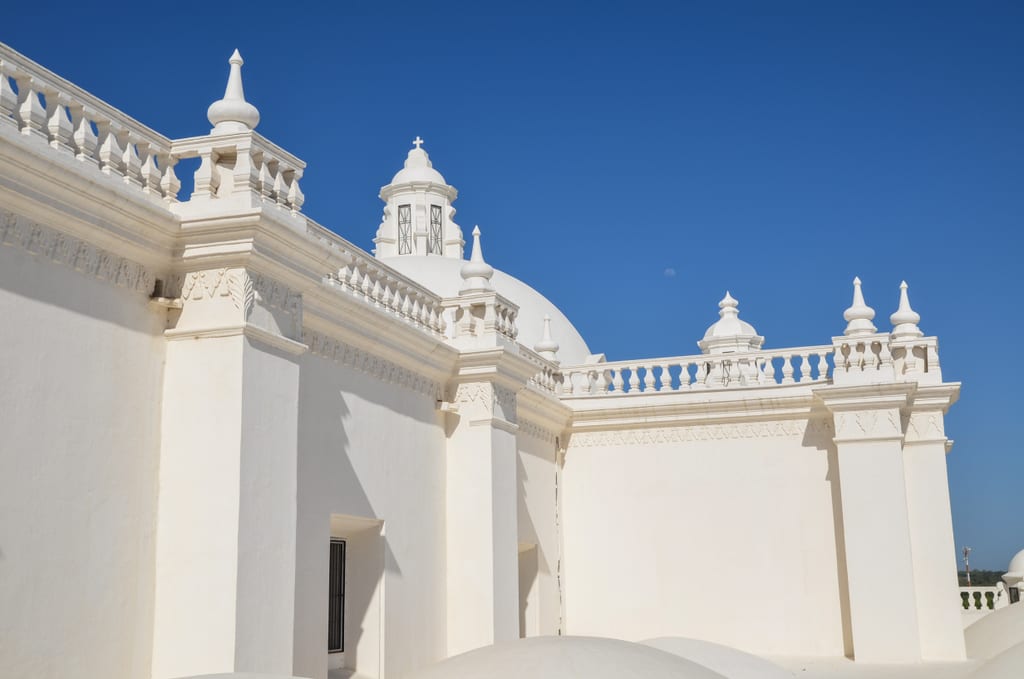 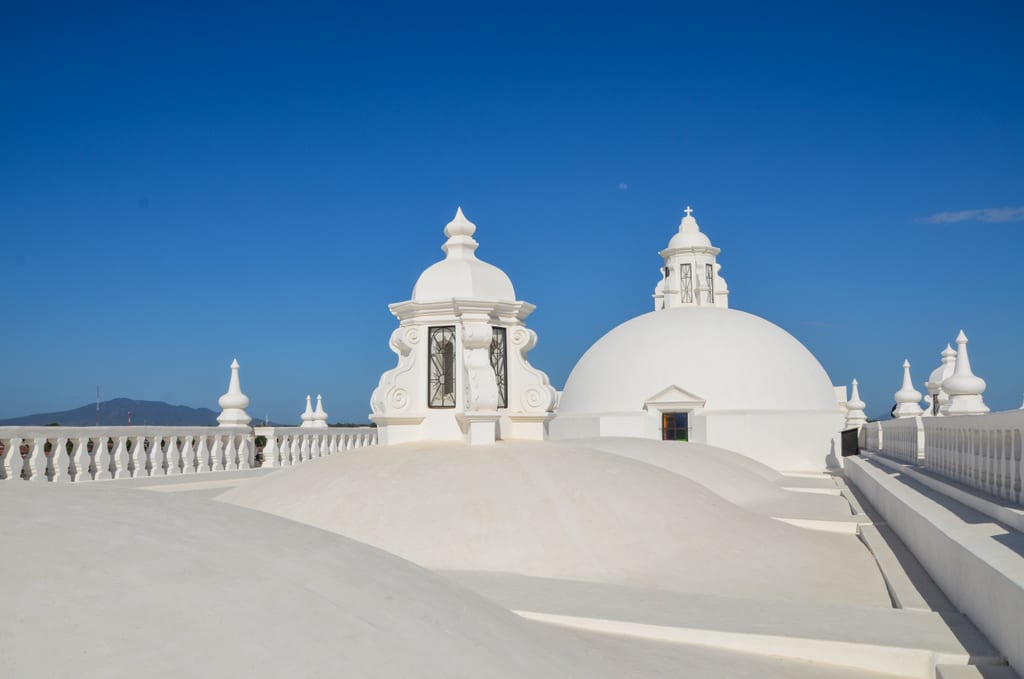 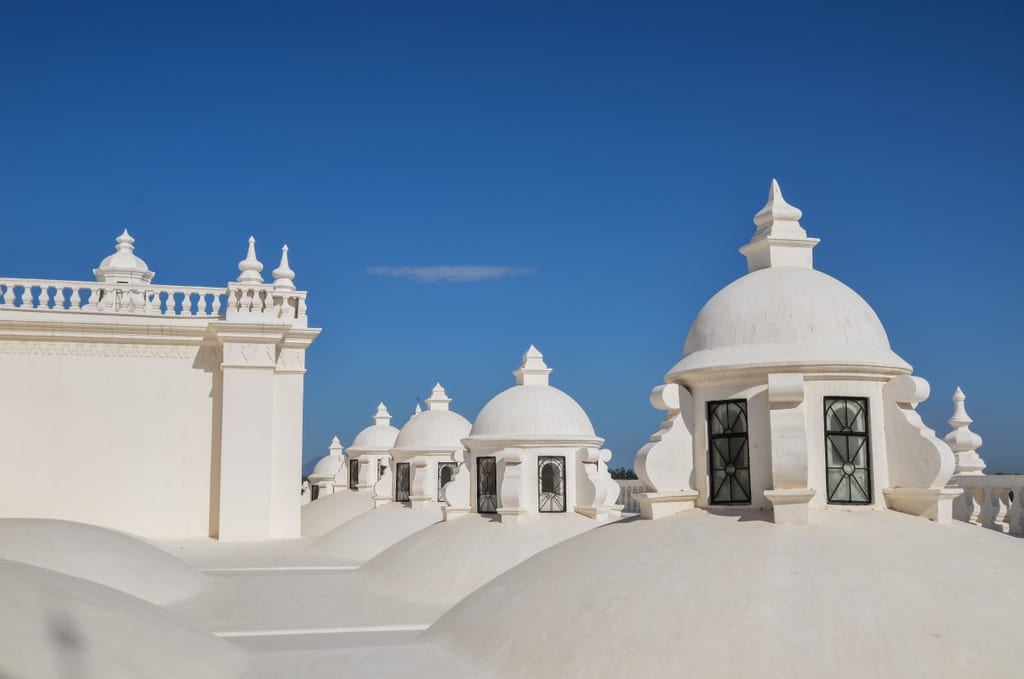 What is this place?! It could have been Santorini! I couldn’t believe how bright and white it was. You definitely couldn’t tell from the ground, that’s for sure!

The views of the surrounding countryside weren’t bad, either: 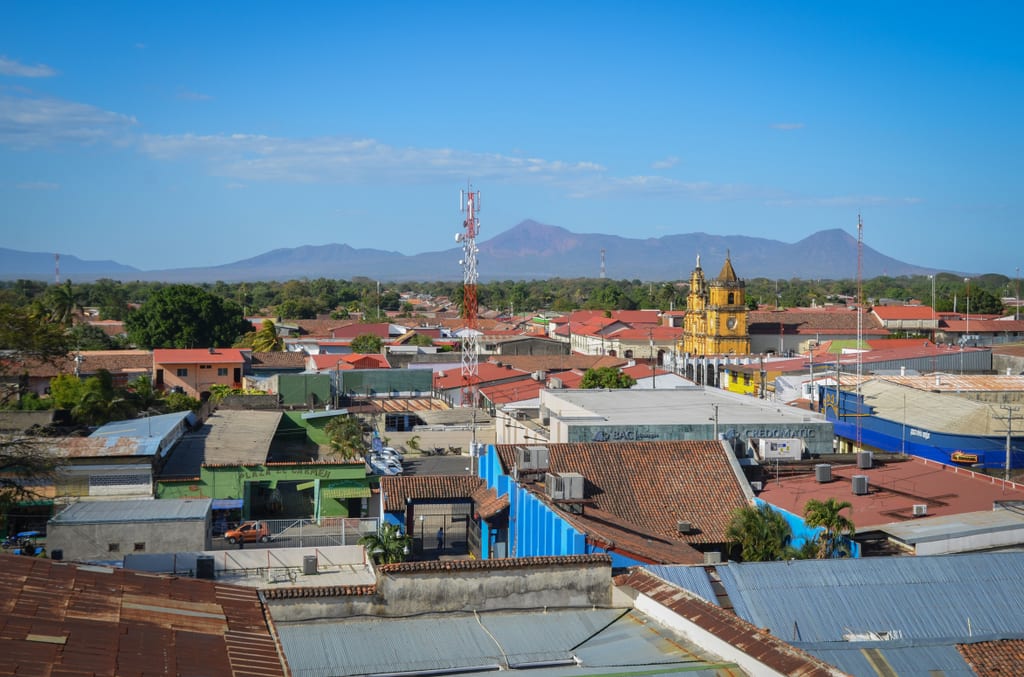 For what it’s worth, a few of my friends have told me that the roof wasn’t nearly as white when they saw it. I may have caught it after a fresh cleaning.

Either way, climbing to the roof of the cathedral was one of the best things I did in León. 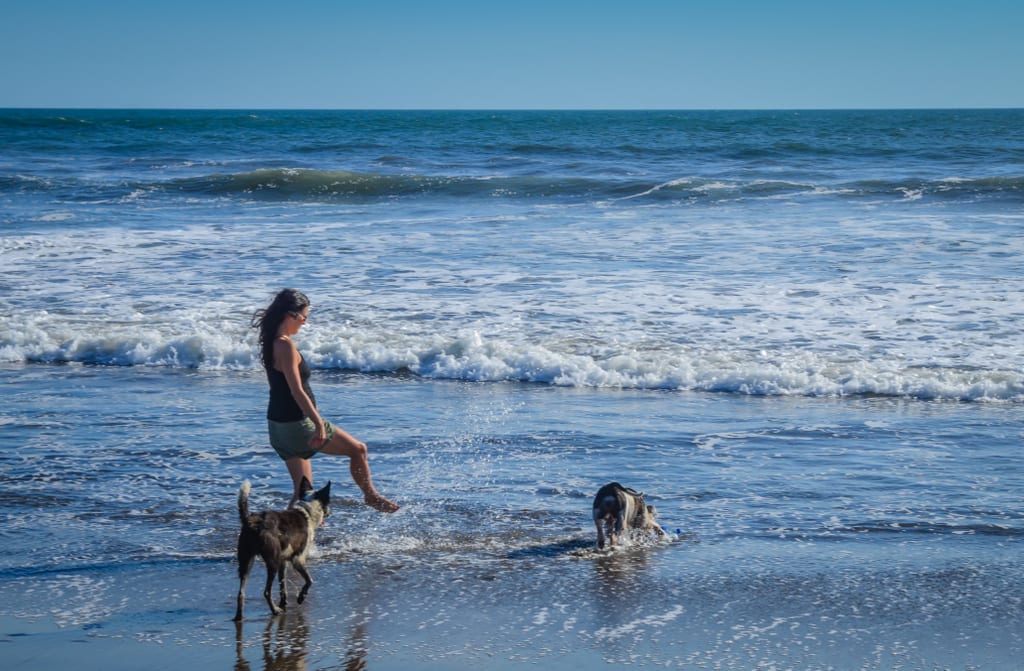 León is one of the hottest places I’ve ever been. Each day sweat would be pouring off me — even more so because I always wore long dresses and pants to avoid the street harassment. (I would always get harassed if I wore something shorter, but covering my legs seemed to do the trick.)

The perfect solution: escaping to the beach for an afternoon! I made my way to Las Peñitas, just 30 minutes from León and a major surf hangout. 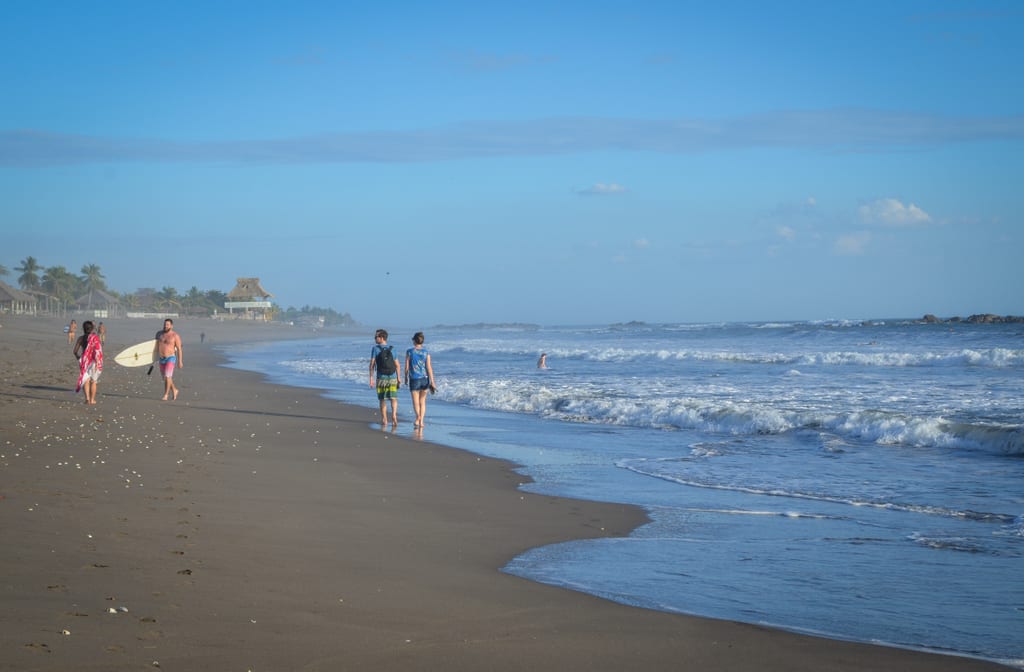 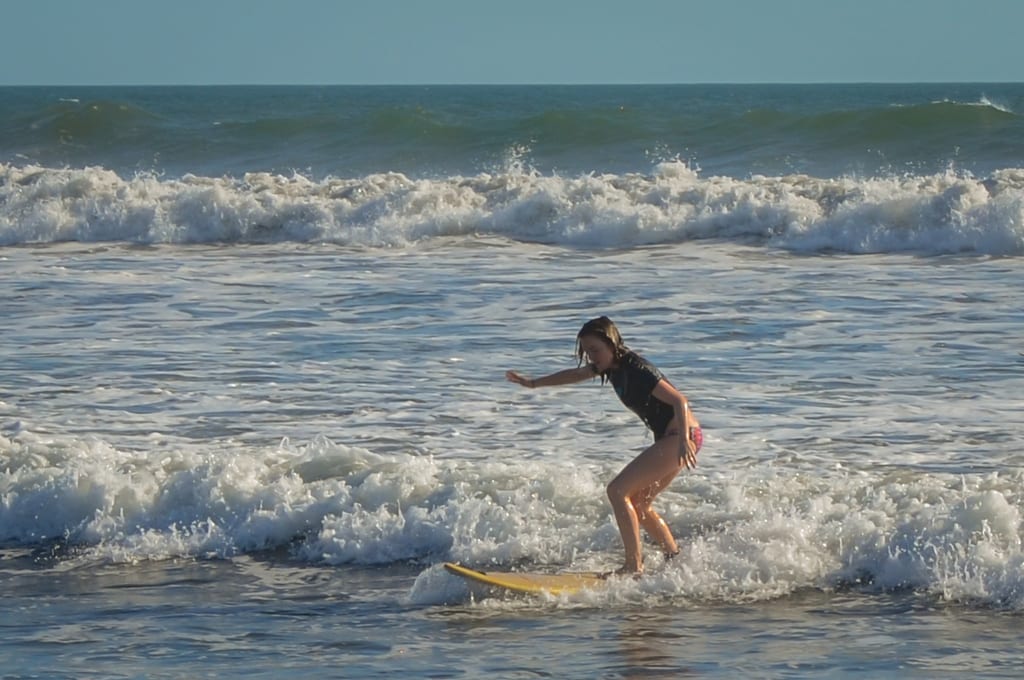 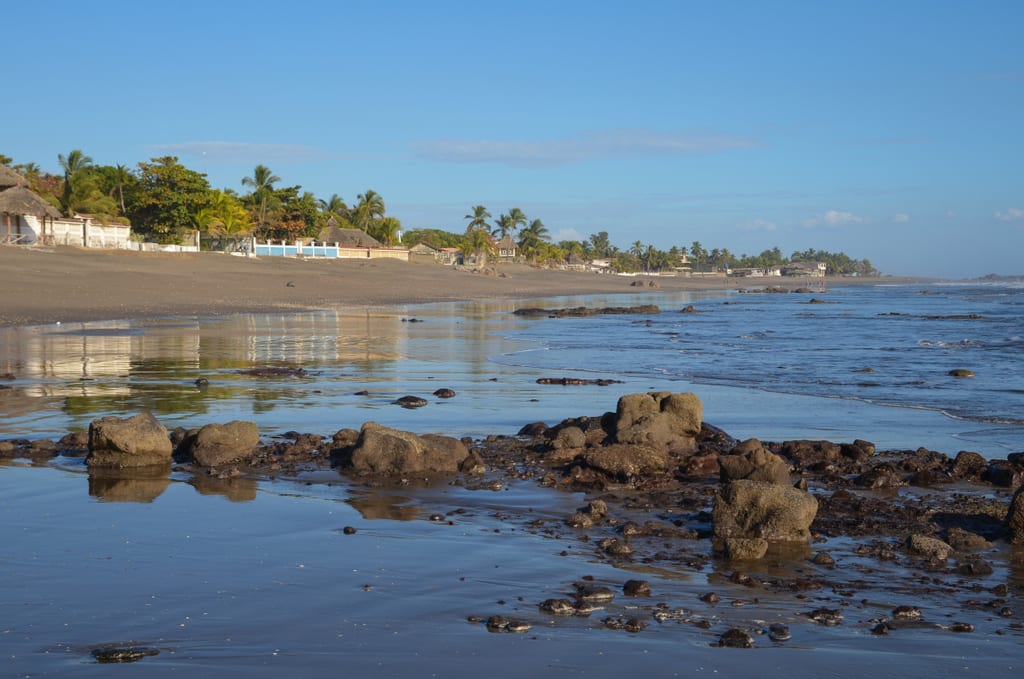 I took Bigfoot Hostel’s shuttle to their beach hostel and five hours was just enough time to take photos, go for a swim, watch the sunset, and relax with my Kindle.

The only issue? As big as the beach is, there aren’t a lot of good places to swim (many parts are rocky and the surf is intense), so ask where a safe place is to swim once you arrive. I went for more of a wade than a swim. 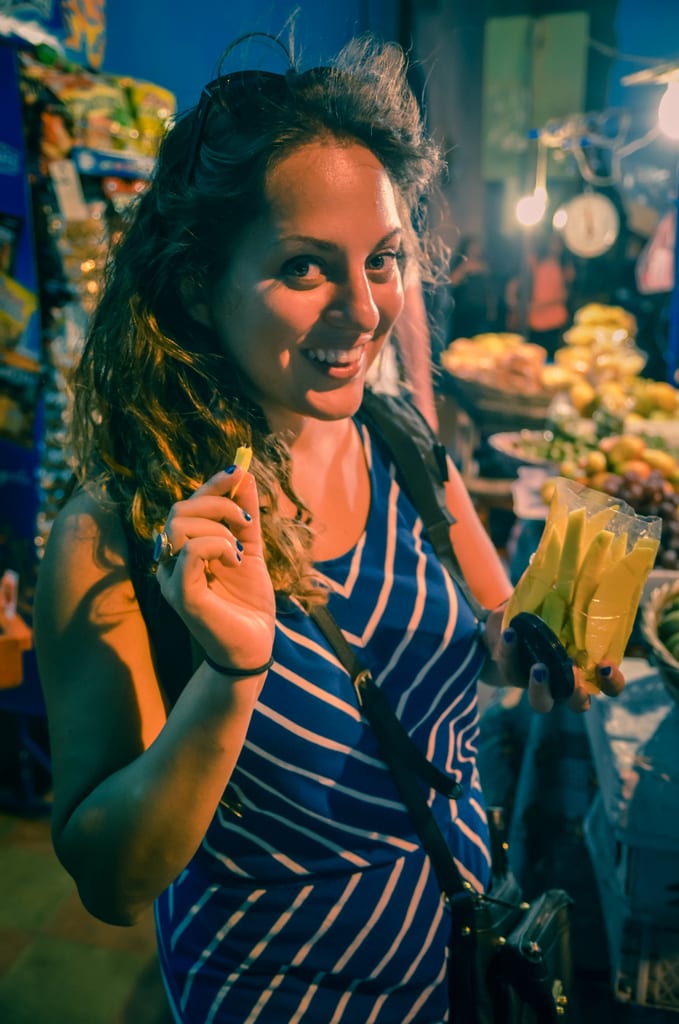 I’m a city girl. Cities make my heart beat faster and I always seek them out on my travels.

I didn’t expect to find much in Central America — but I found León to be an absolute thrill. If I wanted a base for a few months in Nicaragua, I think León would be a smashing choice!

For women, I strongly recommend wearing long pants or a long skirt while in the city. Street harassment was frequent when my legs were bared but nearly nonexistent when they were covered.

I don’t remember the name of the travel agency, but my city tour was booked next door to Via Via hostel. The tour cost $20 per person with a minimum of two people, but because it was just me, I paid $25.

Several different companies offer volcano boarding. I went with Bigfoot Hostel (cost: $31 plus an optional $5 for them to carry the board up for you, which I recommend), but my board was defective and I was unable to slide down the mountain. They did offer me a refund.

Since then, several readers have recommended me Quetzal Trekkers, a company with a variety of hiking and trekking opportunities that donates all profits to the local community. Volcano boarding is $30 and they let you go twice. Many other hikes and treks are available.

León Cathedral is free to visit, but it costs $2 to climb the roof. Climbing the roof was included in my city tour.

Bigfoot Hostel offers daily 30-minute shuttles to their beach hostel in Las Peñitas, $2 each way. You can also stay overnight at the beach hostel. Tents from $3, dorms from $6, privates from $18.

I stayed at Via Via, a gorgeous guesthouse that I loved. Unfortunately, I got bedbugs and instead of cleaning the room, the staff kept insisting that they were mosquito bites, even after I found a bug crawling in the bed. For that reason, I can’t recommend it. Private room with bath, $28.

You can find the best prices on other accommodation in Leon here.

As always, make sure you get travel insurance before your trip. It will protect you financially if anything goes wrong. I never travel without it and always use World Nomads.

Have you ever found “The Boston” of another country? Share away!

31 thoughts on “Alive in León, Nicaragua: The City of Revolution”