Have you thought about Couchsurfing?  It’s much more than just a way to get free lodging all over the world.

The Couchsurfing Project was originally founded as a community of individuals who open their homes to travelers.  It’s a place to learn, teach, and exchange with people from all over the world.  With a free place to stay, of course.

I loved the idea of Couchsurfing and wanted to try it for my first entirely solo trip, to Buenos Aires, but I didn’t want to actually surf someone’s couch.  Yes, I know that Couchsurfing is very safe — they have loads of safety measures and identity verification processes in place.  But I didn’t want to spend my trip as a houseguest.  I’m an introvert; I need privacy and alone time.

I decided to try out Couchsurfing in a limited capacity — I’d meet up with Couchsurfers, but stay in a private room at a hostel. Couchsurfing without actually Couchsurfing!

Every major destination has its own message board on the Couchsurfing site.  I started by posting a brief “Anyone want to hang out?” message on the Buenos Aires board.

Right away, I got a response: “Kate, you should come to our Thanksgiving dinner!” 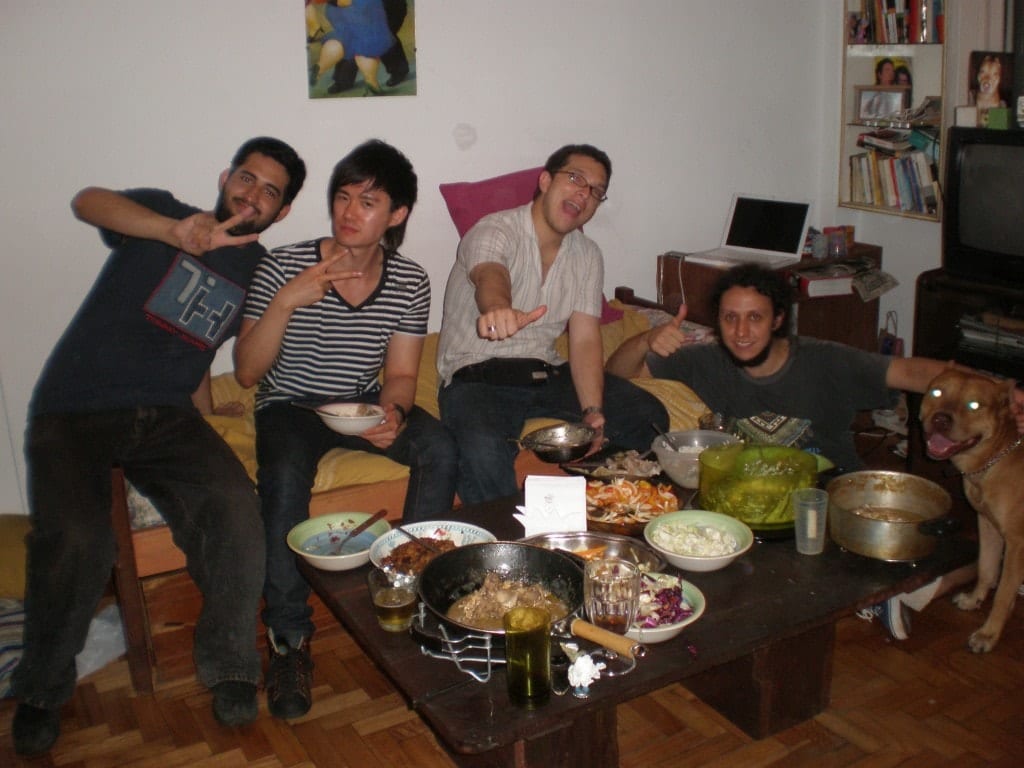 That Thursday night, I went to Thanksgiving dinner in Palermo Viejo, meeting locals as well as travelers from Ecuador, Colombia, Sweden, France and the United States.  Some grew up in Buenos Aires; some were expats living in town until their visas ran out; some, like me, were just passing through. 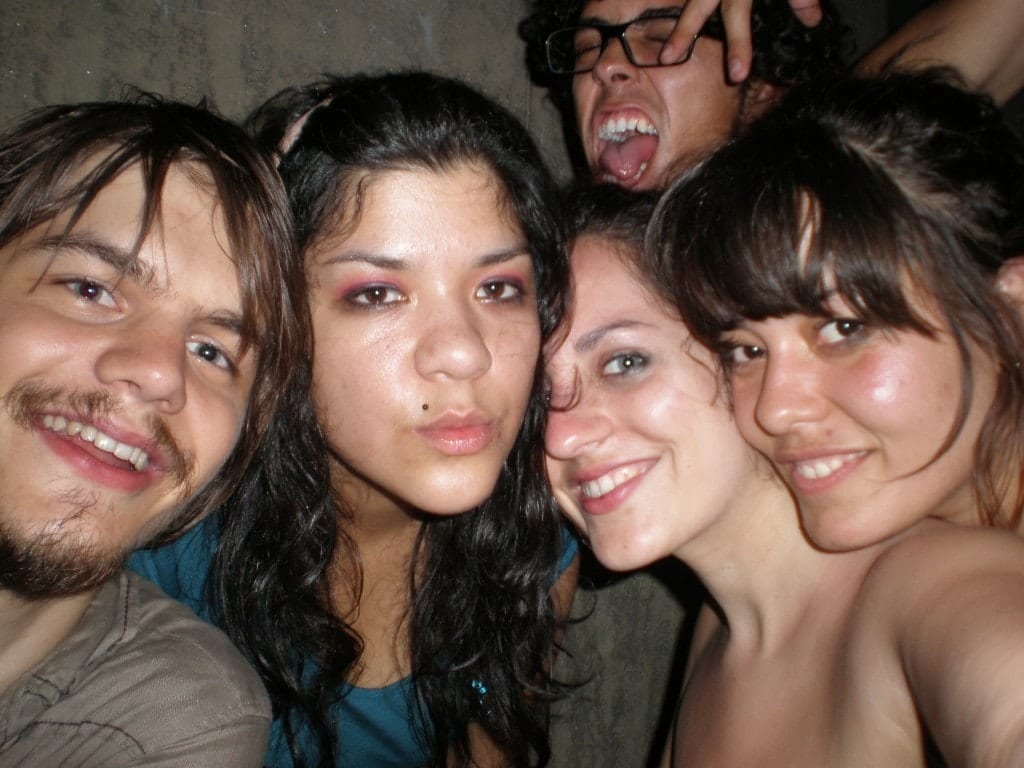 This was my first night in Buenos Aires — not to mention South America — and although I had a fantastic time with them, I was happy to have a room of my own to return to later.  Had I not enjoyed their company, I imagine I would have been even quite relieved as well.

The next night, I joined my new Couchsurfing buds at a huge birthday party for two fellow Couchsurfers at a bar in San Telmo.  As the night before, I was welcomed enthusiastically. 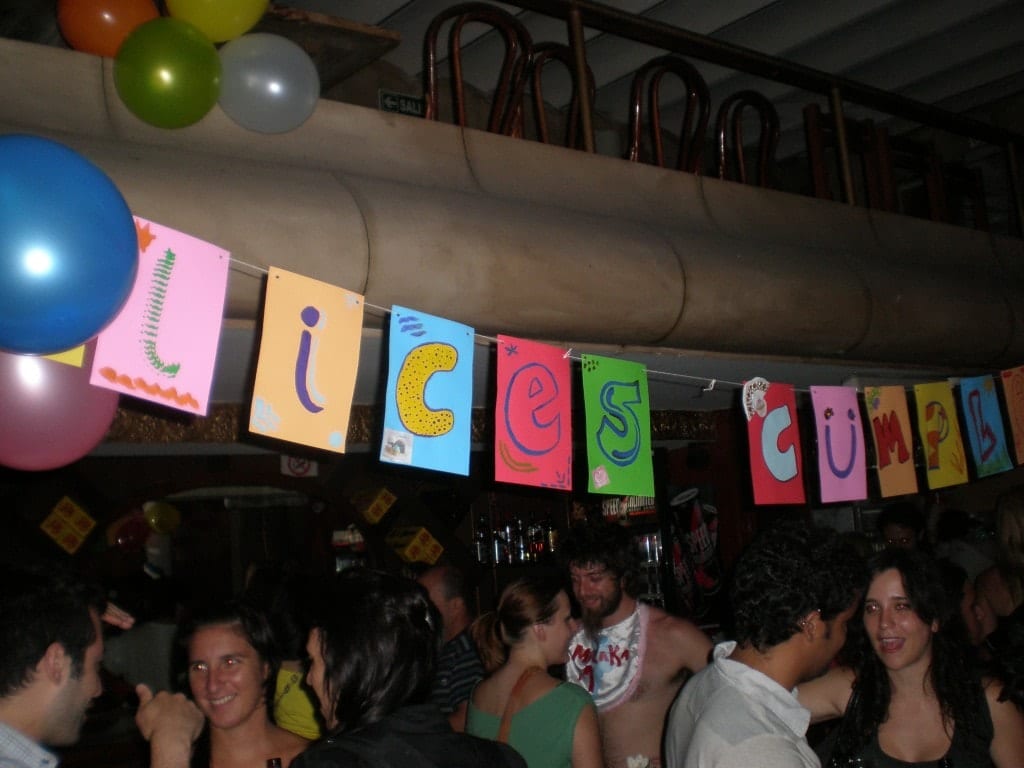 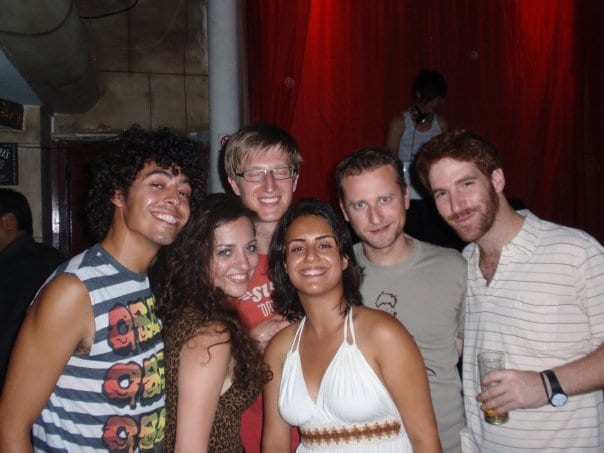 I spent my days in Buenos Aires exploring the city on my own: visiting the MALBA and the Japanese Gardens, shopping in Palermo Soho, checking out the architecture in Recoleta.  That’s what I loved the most about this trip: I got to spend my days blissfully solo, and my nights with a great group of friends.

The night after the birthday party was spent in San Telmo as well.  I went to a concert, then to a parilla — Argentine steakhouse — with two American guys, Christian and Louis, whom I met at the Thanksgiving dinner. 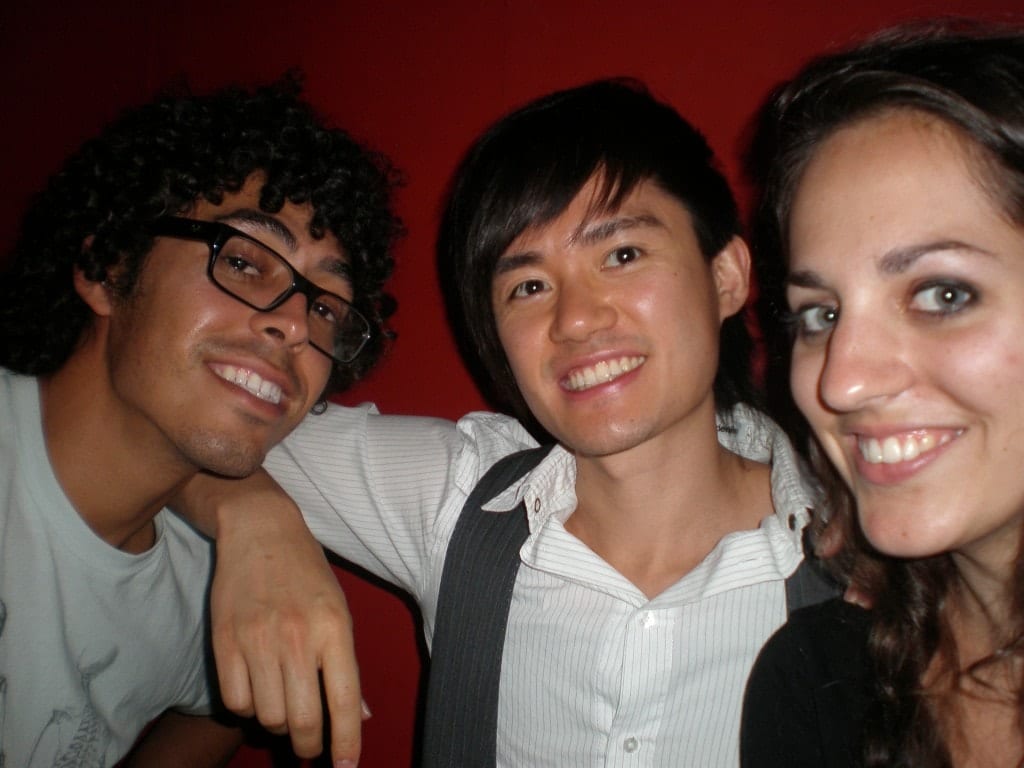 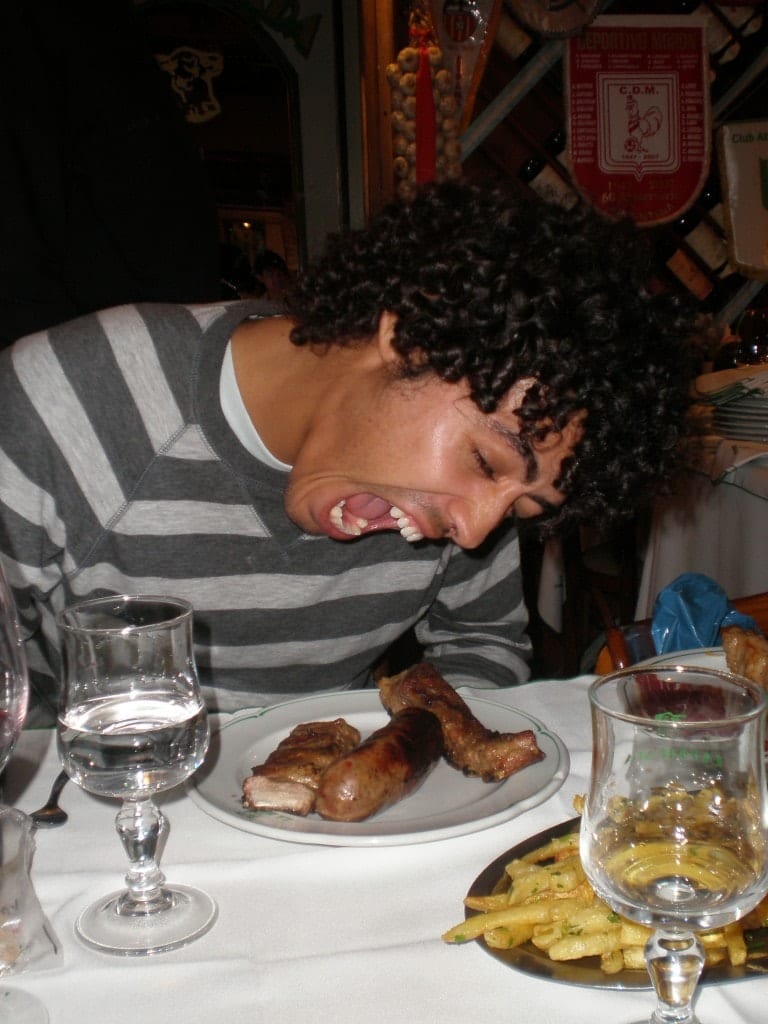 The night after that was Couchsurfing-free: I stuck around the hostel and later went to a milonga, or tango hall, with a few other Americans.  While the milonga was fascinating, it was a bit of a low-key night and ended quite early by Buenos Aires standards: 3:00 AM.

My fifth and final night, I rejoined the Couchsurfers at La Bomba del Tiempo, Buenos Aires’s legendary Monday night percussion show at Konex.  If you do nothing else in Buenos Aires, you must go to this show! The Couchsurfing crew loves it.

We then hit up a few bars, including an odd one in what appeared to be someone’s home. 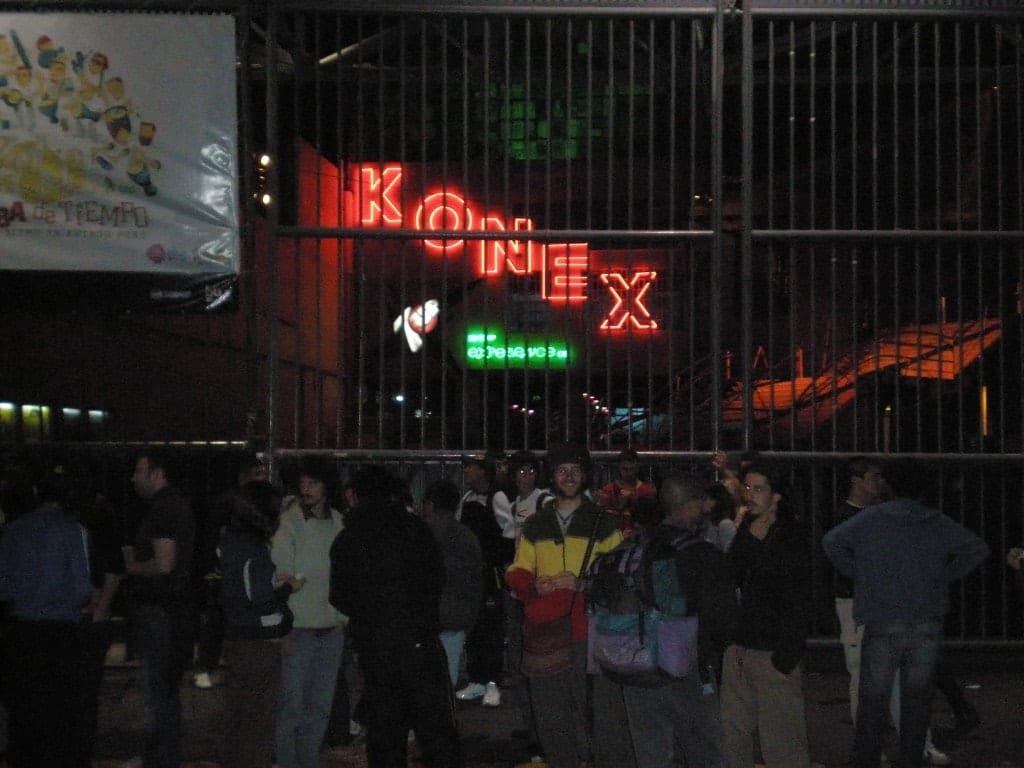 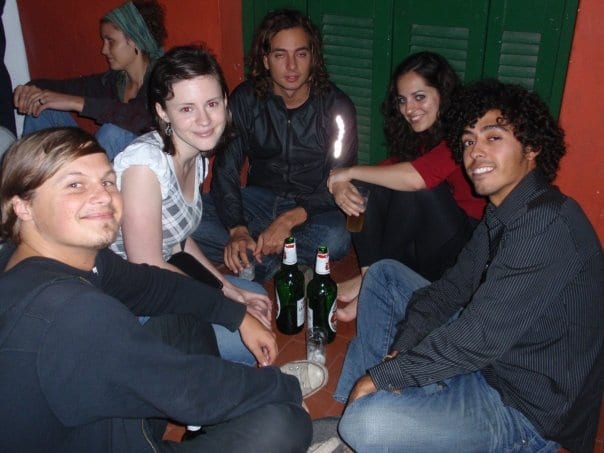 And you know what?  There were so many Couchsurfing activities going on, I couldn’t possibly have gone to them all.  The Buenos Aires Couchsurfers are always up to something — drinking mate at an outdoor concert, going camping near Le Tigre, dancing at random bars.

Best part of all?  This isn’t an anomaly. Plenty of cities around the world have Couchsurfing circles just like this one.  One of my friends was Couchsurfing through South America for a year and he was welcomed into communities all over the continent.

Couchsurfing, at its core, isn’t about free lodging. It’s about meeting people who love travel and adventures as much as you do.  Nobody looked down on me because I wasn’t staying with them — it made no difference whatsoever.

I didn’t tell anyone at the time, but the real reason for my Buenos Aires trip was to test myself as a solo traveler: if it was a success, I would consider myself ready to travel solo long-term.  And who knows? Without Couchsurfing, my Buenos Aires trip could have been a bust.  Who knows where I’d be today? 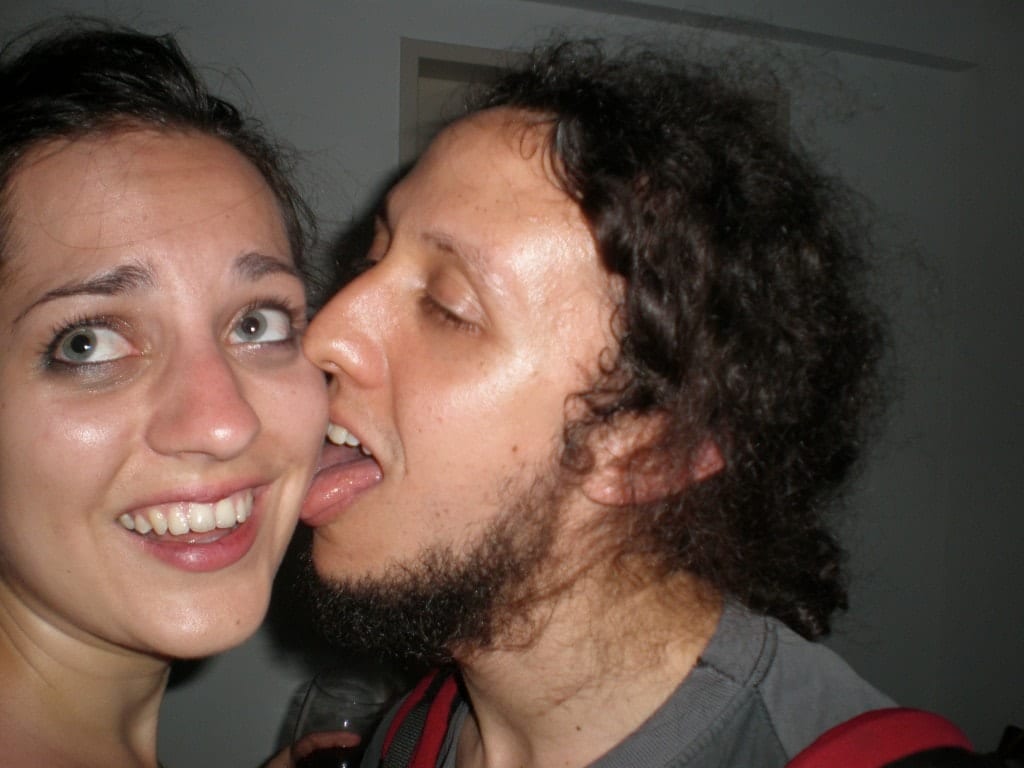 43 thoughts on “How To Couchsurf Without Couchsurfing”