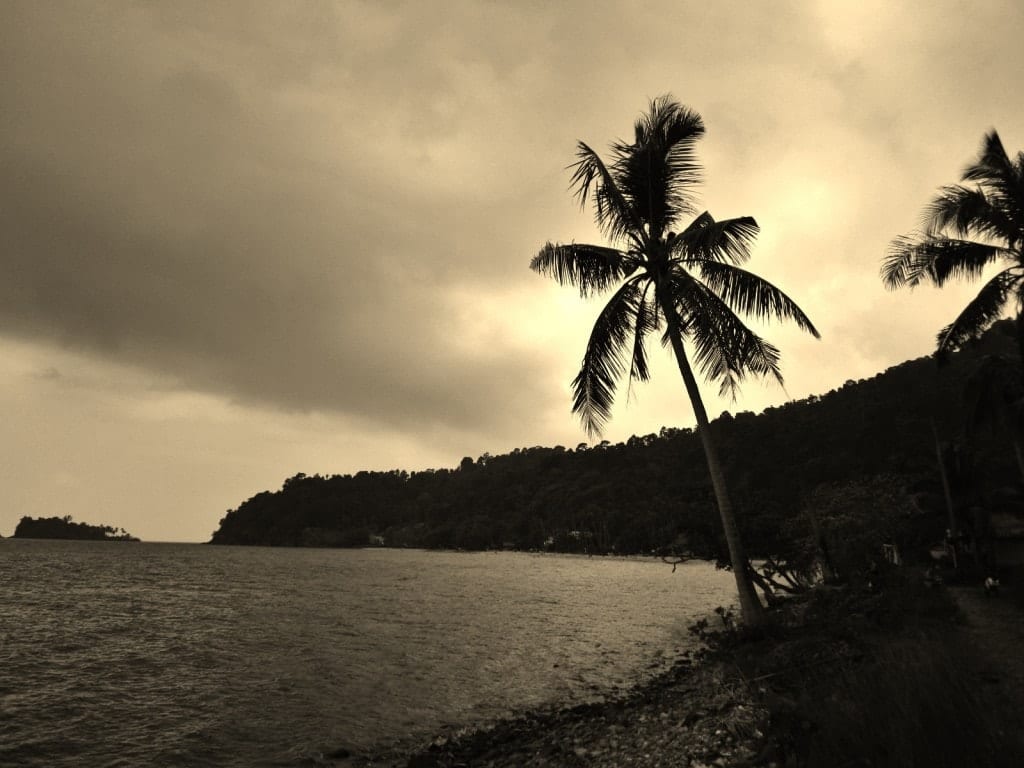 Sihanoukville, Cambodia, may look close to Koh Chang, Thailand, on the map, but the journey’s quite a long one — I’ve been on the road for eleven hours, and I’ve only just arrived on the island.

I’m sitting in the back of a sawngtaew on the way to the hippie enclave of Lonely Beach. To my left is an affable, mid-forties Scottish man; across from us is a couple in their late twenties.  The guy is tall and Irish; his ponytailed girlfriend, Thai.

“Reckon it gets hot in Koh Chang?” the Scotsman asks.

“Not for her,” the Irish guy says, his arm draped lazily around his girlfriend.  “She’s from the hottest part of Thailand.  Right between Bangkok and Chiang Mai.”

From the way the Thai girl looks at him, you’d think he was talking about how he discovered the cure for cancer. Her cheeks are pink; her eyes are shining.

“We’ve been traveling all day and all night from Chiang Mai,” the Irish guy says.  “I teach there.”

“Does it pay well?” the Scotsman asks.

“Not if you ever want to leave the city.”

I wonder how long it took them to save up for this trip.

“That’s why I’m going to Taiwan,” the Irish guy continues.  His girlfriend flinches at the mention of the country.

The Scotsman points to the Thai girl with his chin.  “Are you bringing her with you?”

The Irish guy shakes his head, his arm still around her. The Thai girl’s face crumples.

As I watch them, I think of only one word.  Shopgirl. 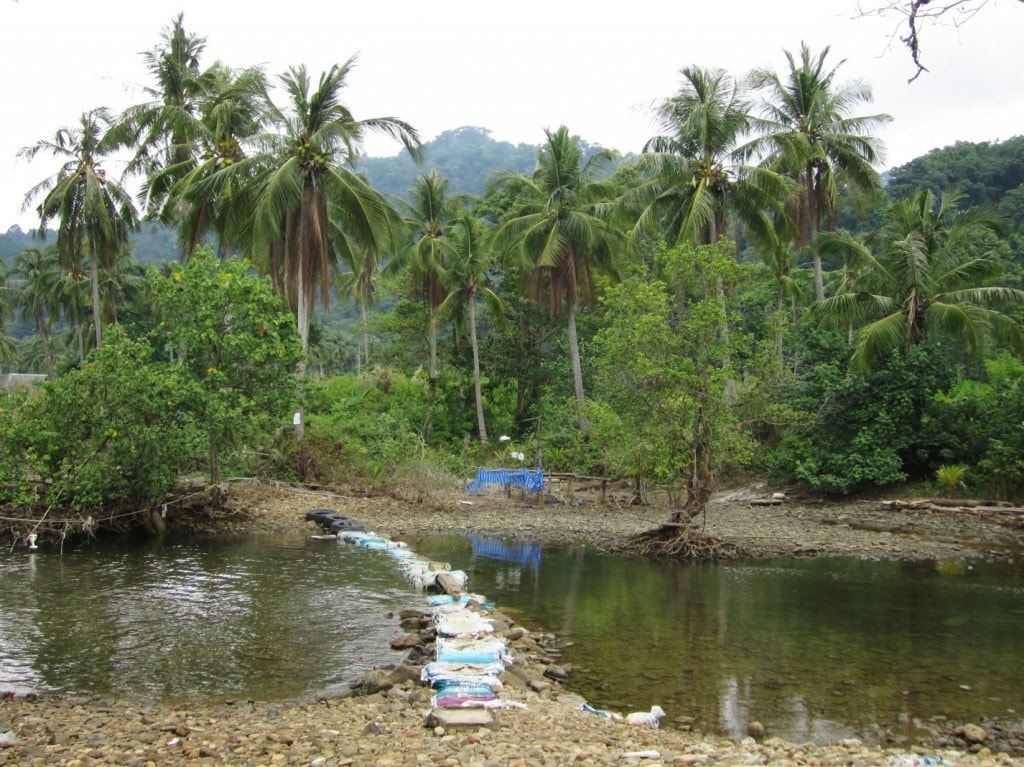 Shopgirl is a novella by Steve Martin that was later turned into a film. In the story, Ray, a fifty-year-old wealthy divorcé, meets twenty-something Mirabelle, who works at the couture glove counter at Neiman Marcus in Beverly Hills.  After he makes a surprising and incredibly romantic gesture, they begin dating.

It could be a typical May-December romance, but it’s not. Despite the age difference, Ray and Mirabelle become good friends as well as lovers, and they build an unconventional relationship, enjoying each other’s company immensely.

However, as soon as they become serious, Ray tells Mirabelle that he has specific terms for this relationship.  He desires a relationship without obligation — no emotional intimacy whatsoever.  But he loves spending time with her and wants to continue seeing her.

Mirabelle, by this point, is so in love with Ray that she quickly agrees. She’d rather have him in this limited capacity than not at all.  Plus, she’s convinced that he has to fall in love with her eventually. 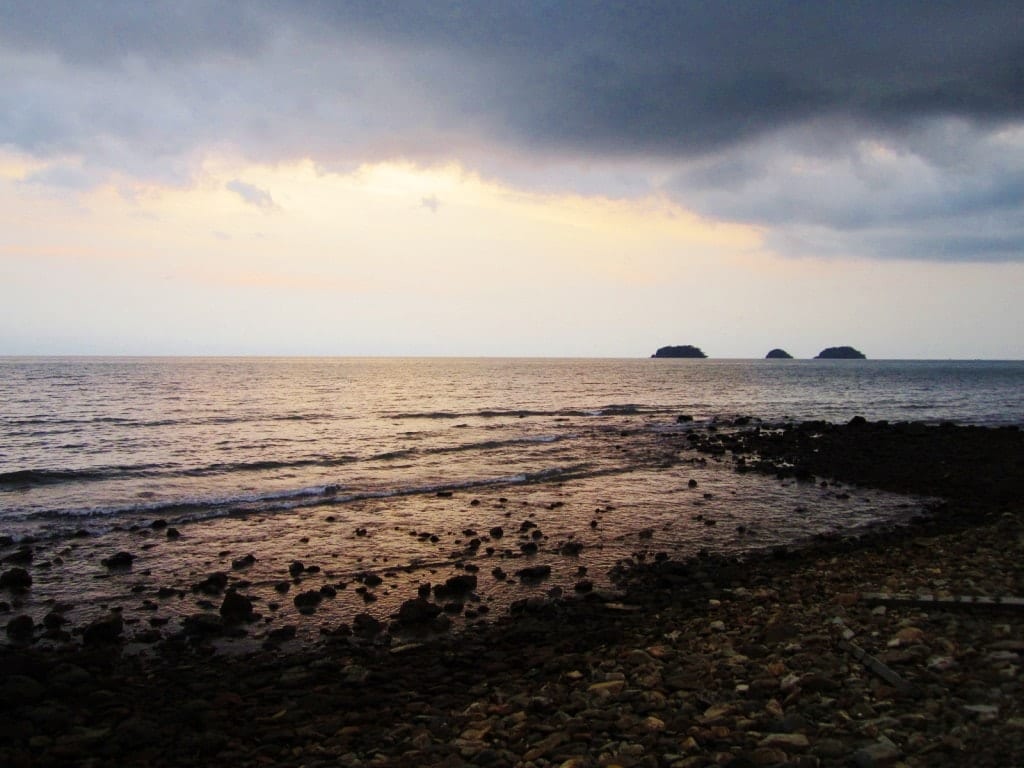 I don’t know this couple.  I don’t know what their lives are like.  All I know is what I observe.

And from these few minutes in the sawngtaew, I don’t observe any balance. He’s in charge, and she acquiesces.

I know that look on her face — she adores him, but she’s incredibly hurt.

It’s so easy to recognize when it’s not happening to you.

Watching the couple, I have a thousand questions.

Did he tell her he loved her?

Did she expect him to stay in Thailand for her?

And most of all —

Did he choose to be with a Thai woman because it would be easier to leave her?