A few weeks ago, I was going to write a post about how to get past UK immigration quickly and without suspicion.  I thought I was finally starting to get the hang of it.

For nearly a year, I’ve been trying to spend as much time as possible in England with my boyfriend, Dave.  Without outright deciding to move to Chester, it seems like I actually have!  It’s really starting to feel like home to me.

As much of a home as a 50% of the time home could be, anyways.  I always knew that I could only spend up to half of my time in the UK.  And as far as I knew, I wasn’t in the danger zone yet.

But even if you follow all the rules, spending time in the UK long-term is always a risk.

Trouble at the UK Border

The UK border is notoriously difficult — it’s the strictest border I’ve ever experienced.  While the authorities are tough on most foreigners, they’re especially tough on a girl who has a passport the size of a small encyclopedia, doesn’t appear to have a job, and has 10 UK entry stamps from the past year.

Roughly one in three of my border crossings results in an intense interrogation.  My latest arrival, coming into London from the Faroe Islands, was the worst yet.  I always show my onward ticket and go through my travel plans, letting them know that I won’t be staying forever, and absolutely not mentioning that I have a British boyfriend.

I described to the immigration agent what my career in search engine marketing was (“You know those little ads on the side of Google?”), even talked through sample ads for different clients, and she kept saying, “So since it’s on the Internet, you could do it anywhere.”  Well, yeah.  You could do almost any office job on the Internet these days, but most companies won’t let you.  We went back and forth this way for awhile.

Finally, she had had enough.  “Are you aware that the limit in the UK is 180 days within one year?”

“Trust me,” I said, summoning every skill I had honed during my high school drama days, “I’m not even close to that.”  She sighed and stamped me in.

Later that day, I decided to add up the days once and for all.  I had been very careful of not exceeding 50% of my time in the UK since December, though I hadn’t been nearly as vigilant in the fall.

I stared at the number and my heart sank.  By the time Dave and I flew to Germany on July 5, I would have spent 165 days in the past year in the UK.

I’m only devoting text space to this because multiple people chime in with this suggestion each time: Couldn’t this problem be solved by putting a diamond on your hitchin’ finger and marrying that handsome Brit once and for all?

Yeah, it could.  But I am NOT getting married for the sake of a visa when I’m not ready to get married, period.  So kindly throw that idea aside. 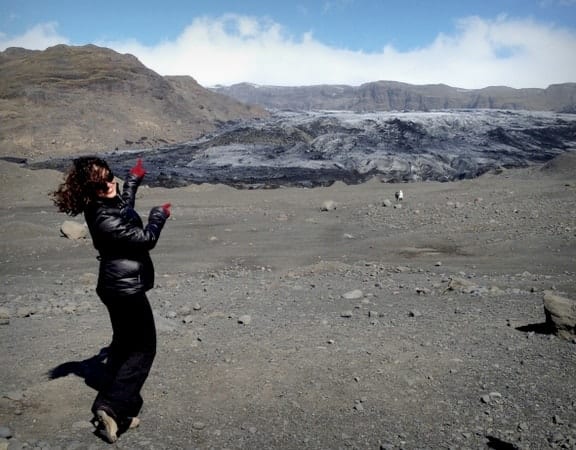 My sudden predicament struck at a time when I was yearning to stay still for a bit, to just stay in England without leaving for awhile.  Since April 19, I’ve been traveling nearly nonstop for the past 12 weeks.

I’ve spent the past 84 nights in 24 cities in 9 different countries.  One night, I slept in a triple-decker bunk bed in a hostel; the next, I stayed in a five-star hotel that hosted Bill Clinton.  Aside from a 16-day visit home this past May, my longest stretch in any location was 8 days in Chester.

Back in April, I knew I would burn out by July, and I did.  The eternal conundrum of the professional travel blogger is how to create quality work that makes good money while traveling enough to have interesting original content.  It’s a cycle that forces you to ultimately sacrifice in one direction or the other.

As a result of my recent schedule, my workload has been piling up like crazy.  I haven’t been making as much money as usual, my creativity has been lacking, and with so many things due, the joy of writing just hasn’t been there.

What to Do Now?

With the UK now not an option, I would have to leave and go live somewhere for a few months — somewhere cheap where I could get a lot of work done, and a country where I could stay long-term without worrying about time limits.

Where could I go?  Nowhere in the Schengen area.  Maybe Bulgaria.  Dahab, Egypt.  Even Thailand was an option.

And then there was the cheapest destination of all: home to Massachusetts.  As soon as it crossed my mind, I immediately felt relieved.  This was the right choice.  Plus, going back to Thailand when I had work to do wouldn’t have been the smartest choice.  It’s the same reason why Anthony Bourdain’s producers try to keep him out of Southeast Asia.  Neither of us can say no to too much of a good thing.

So I will be going home to live on the cheap and work!  But I also miss my family and friends dearly.  I feel like I gypped them out of a longer visit when I came back for only two weeks in May.  I can’t wait to hang out with my parents and sister, and cause some New England mayhem with my girlfriends.

Home for the foreseeable future.  Likely until late August.  I don’t start earning back days I can spend in the UK until August 19-22, and then steadily after September 9.  Most of September will be spent in Portugal and Spain for the TBU and TBEX conferences, so that will help me make up some days.

As for me and Dave, we know that my going home is the smartest solution.  We’re already used to being apart for several weeks at a time, and as much as this sucks — and ruins our summer plans — it’s a setback that we can handle.  If there’s anything I’ve learned, it’s NOT to mess with UK immigration.  Hopefully in the next few months I’ll figure out a way to stay in the UK longer.

Until then, I’ll be enjoying my hometown during its best season.  I’ll be seeing you soon, Boston!