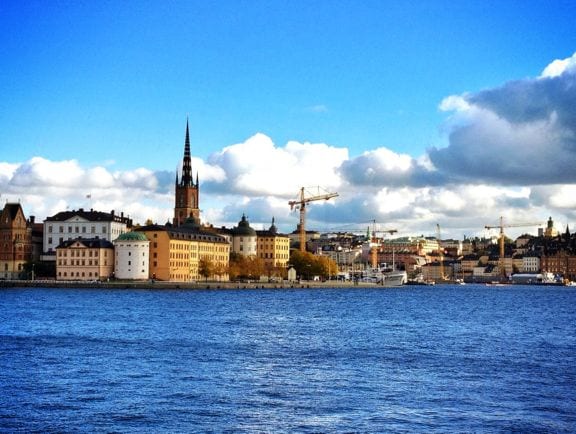 Dear Readers: If you come across a contest takes little effort to enter and has no repercussions afterward, there’s no reason not to enter.  Play your cards right and you could win a nice dinner out.  Or a car.

OR you could win a trip to Stockholm.

At World Travel Market last year, I dropped my business card into a fishbowl at the Visit Sweden table.  I knew there was a prize, but I didn’t look at it closely.  My card was the one picked, and to my great shock, I had won a free trip to Stockholm!

And so this October, I made it to my 34th country, setting foot in Sweden for the first time.  Though my visit was brief, I enjoyed Stockholm greatly. 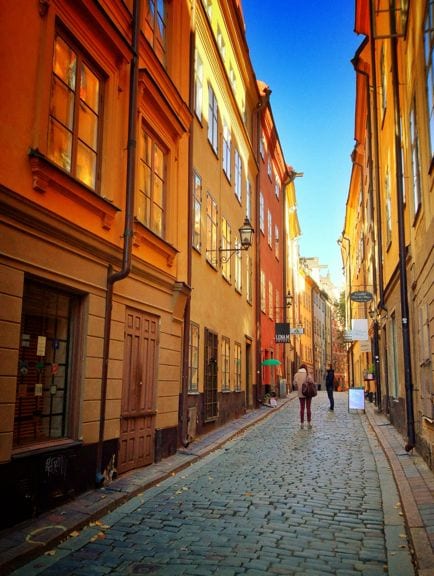 After visiting Stockholm, I can confirm that it’s one of the most beautiful cities in Europe.  The first thing that you notice about the city is just what a spectacular natural setting it has, set on hundreds of islands in a lagoon.  Stockholm’s old town, the Gamla Stan, is where you find the most beautiful architecture, characterized by its yellow buildings and cobblestones.

Though it was cold, with early October temperatures in the low 40s (around 5 degrees C), I spent as much time as I could exploring the beauty of the city. 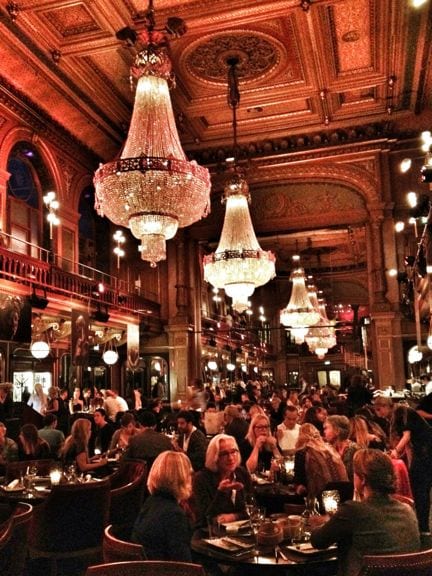 Looking for fancy places?  You’ll do just fine in Stockholm.  There were beautiful bars all over the place — giant bars with chandeliers, crazy nightclubs with pricey cocktails, Lebanese restaurants with (quality) belly-dancing.

And it suits the city.  People tended to be tall, beautiful, and well-dressed.  (Strangely enough, there didn’t seem to be many more blonde people than usual.  It didn’t look like the Sweden in my head.)

But there is a flip side to the swankness… 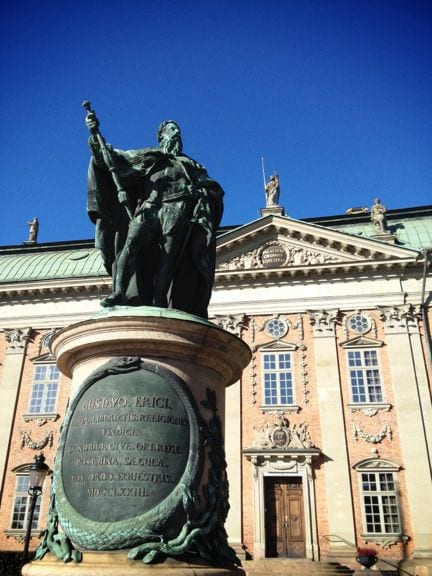 How expensive?  In central Stockholm, I couldn’t find an entree in a restaurant for less than $30.  Seriously.  A margarita pizza, usually a great benchmark for telling how expensive a city is, cost about $18.  I paid $13 for a sandwich and a bottle of water; cups of coffee started at around $5.

Mind you, this was in central Stockholm, in the pricey Gamla Stan.  As in any other city, the further from the central attractions you go, the cheaper things will be.

That said, there are ways to do Stockholm on the cheap.  There are street vendors around the city with sausages and kebabs, there’s the option of renting an apartment and cooking at home, and there are lots of free attractions. 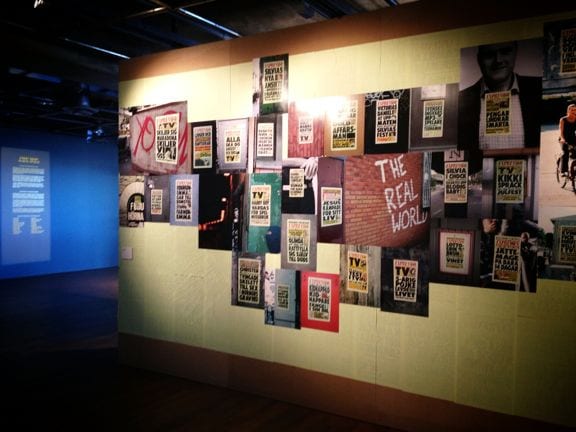 One of those free attractions was the Kulturhuset — a cultural center in the heart of Stockholm.  The place is filled with several art exhibits, most of them free.  When I was there, the exhibit was on street art from around the world.  (Fitting, as Stockholm is so clean that you don’t really see street art there!)

Overall, though, if you want to have a nice time in Stockholm, I would budget at least $150 USD per day.

Does this mean that Stockholm isn’t worth visiting?  Not at all.  Stockholm is a great city, and very worth visiting.  But make sure you realize how much it’s going to cost you before you arrive so you’re prepared in advance. 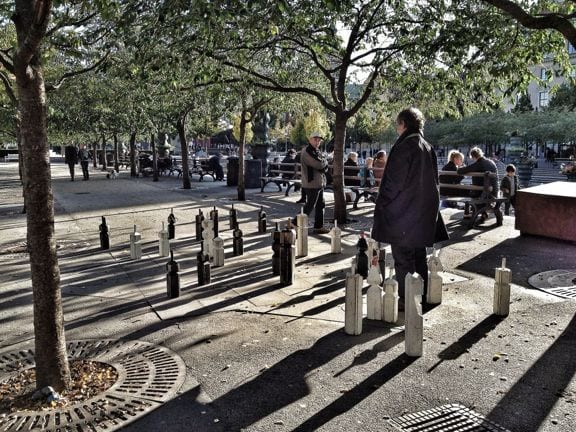 I could have wandered the streets of Stockholm all day!  (In fact, that’s what I did.)  Even though it was chilly in early October, plenty of people were out and about — enjoying the many parks, playing giant chess on the sidewalk, going to markets.

I imagine that it’s even better during the summer, when concerts take over the city. 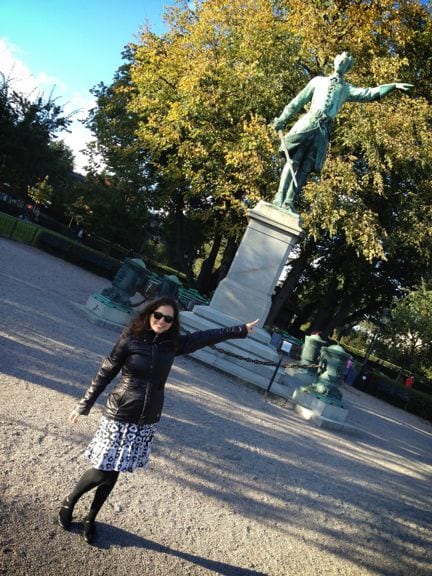 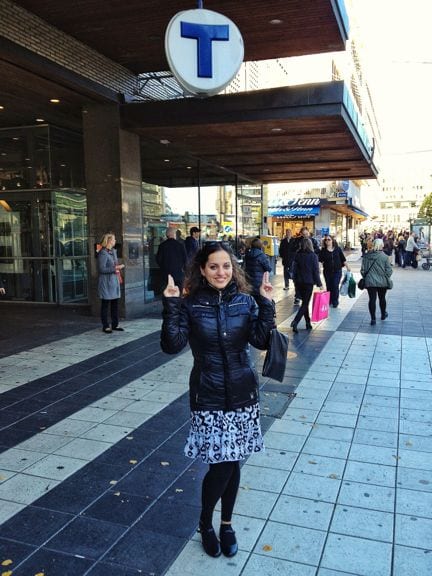 Stockholm is made for POSING.

I kept finding places all over the city to strike a pose!  The statues here do everything from Saturday Night Fever poses to I’m-Naked-And-Triumphant poses.  (You’ll find the latter on the edge of the Gamla Stan, proudly showing himself off to the world.)

To my great surprise, Stockholm’s public transportation signs, a giant black T in a circle, happen to be identical to Boston’s!  I had to get a pose there. 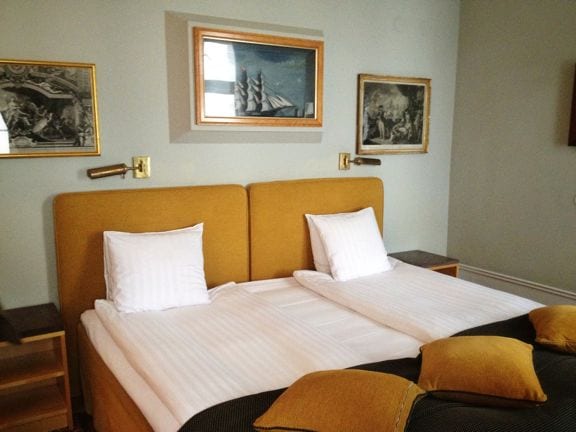 The hotel included with the prize was very posh — the Victory Hotel.  This traditional yet quirky hotel dialed up its nautical theme to 11, complete with a ship in a bottle mounted above the bed. It couldn’t have been in a better location, in the heart of Gamla Stan and just steps from the main shopping streets.

My British readers will probably be interested to know that the Victory Hotel has an original letter from Lord Nelson, one of the most important Brits of all time. 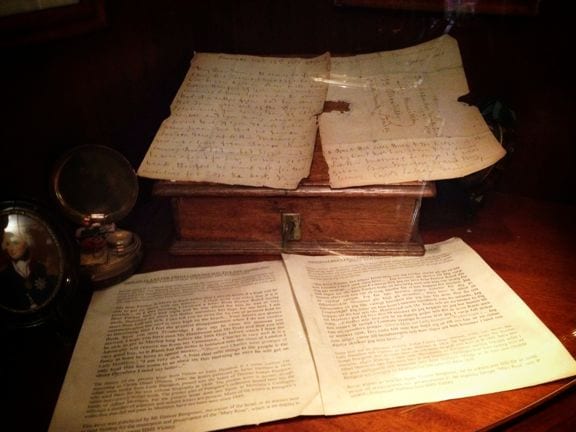 And most of my other readers will appreciate that they include port in the room. 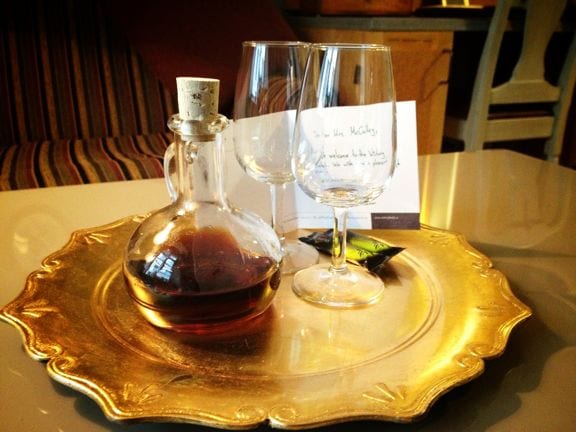 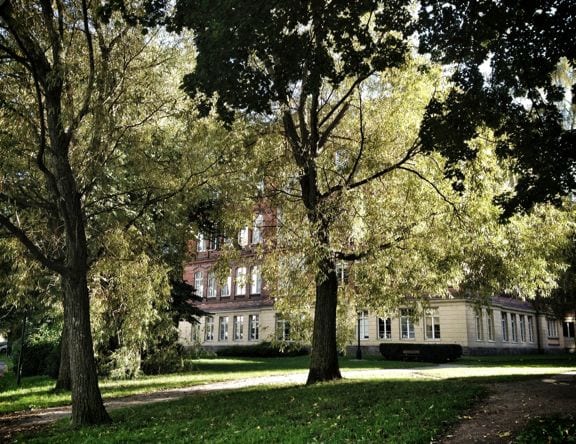 Should You Visit Stockholm?

Does this city call to you?  Then absolutely, you should!  I think that Scandinavia in general is a great place if you’re new to European travel — while it may be an expensive region, everyone speaks English, there’s excellent tourism infrastructure, the destinations are generally quite safe, public transportation is great, and their cities are beautiful.

Do your research on Stockholm and plan ahead — just know that it’s going to cost you more than you would pay in London or Paris or Rome.  But what a lovely, lovely destination it is.

Many thanks to Visit Sweden for offering this kickass prize — as well as the Victory Hotel and British Airways for throwing in two business class tickets from London.  I had a great time!