Korea is easy in lots of ways — English is spoken in major destinations, public transportation is high quality, free wifi is everywhere.

But the culture? That’s something else. My friend Tom, who lived in Korea for years, often says that Korea is a tough culture to get to know unless you know someone who lives there who can show you the ropes.

After spending time there, I completely agree with him. I seemed culturally isolated for much of my time in Korea. I struggled to order food (Japan was easy with lots of food photos, but Korea was most often a plain text menu). I didn’t talk to many people or make easy friends the way I did in other destinations.

But that all changed as soon as I got to Yeosu, a city on the south coast of the country. Our friend Heather, who is now in her second year of teaching English at a girls’ middle school in Yeosu, invited mme to come visit her — and arranged for her students to do Someone Once Told Me, even getting many of the parents to sign their consent to have the photos published on the site!

My five days in Yeosu gave me better insight of life in Korea than our other three weeks in the country combined. During that time, I got to know Heather’s students, who sweetly charmed me right off the bat. I drank Soju with the other English teachers and enjoyed noraebang (karaoke room). I had some of the best barbecue I had in Korea.

One night, I was hanging out with several of Heather’s friends and talking about our day at school. Heather mentioned how her students came to clean her classroom — instead of having janitors, each student is assigned a cleaning job and they spend 15 minutes cleaning the school at the end of each day.

“That’s so Korean,” her friend Wayne said. The group laughed.

“Wait!” I interjected. “I want to know what else is so Korean!”

And soon began a fascinating conversation describing the quirks of Korean culture. I took notes throughout, putting together a list that I knew would become this post. Here are some of my favorite tidbits: 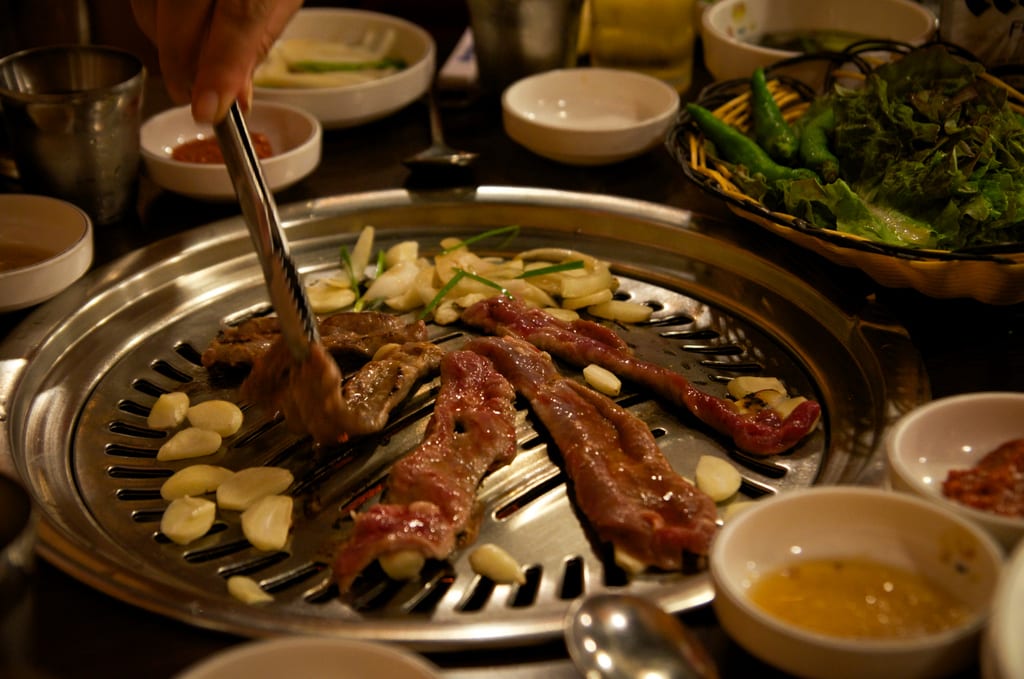 There Are No Surprises in K-Pop

You may have heard of K-Pop: Korean pop music, characterized by boy bands, girl bands, and solo artists, all of them fiercely styled and immaculately groomed.

What you probably don’t know is that the hitmakers aren’t just bands that got lucky — they are the bands that were selected by record companies years in advance. Music executives cast the bands themselves. They spend years training them and making them over. Then when a band’s popularity is waning, a new band is introduced and becomes the new hottest thing.

There’s no luck or chance — it is simply decided in advance.

As a result, there is nothing shoddy about K-Pop stars. Check out the video for the song “Growl” by Exo, one of the current hot boybands.

Look at those perfect dance moves! The video was filmed in a single shot!

I first saw this video while out to dinner, and the entire restaurant literally turned around and watched the video until it finished. It’s that good.

I’ve never seen more of an alcohol-focused culture than in South Korea. People drink heavily here, and it’s not uncommon to see three men holding each other up as they walk down the street. Drinking is a huge part of corporate Korean culture, and you’re expected to drink heavily with your boss and coworkers, especially if you’re male.

Korea may be one of the few places on the planet where you can puke in the street in front of your boss and face no career repercussions whatsoever.

Soju, a spirit distilled from grain or sweet potatoes, is the drink of choice. It’s readily available and cheap (around $1 for a bottle in a convenience store), and a bottle contains exactly nine shots — so if you’re with a friend, you need to buy two!

Soju isn’t bad when you drink it with a mixer (the girls showed me that you can’t taste the booze if you mix it with peach iced tea), but even if you only have a little bit, you feel it the next day. That might be my geriatric 29-year-old liver talking. I also tried some makgeolli (a milky version of Soju), mostly because it sounded a lot like my last name.

Imagine drinking like you did as a freshman in college — five or six times a week. For decades. That’s the Korean drinking culture. 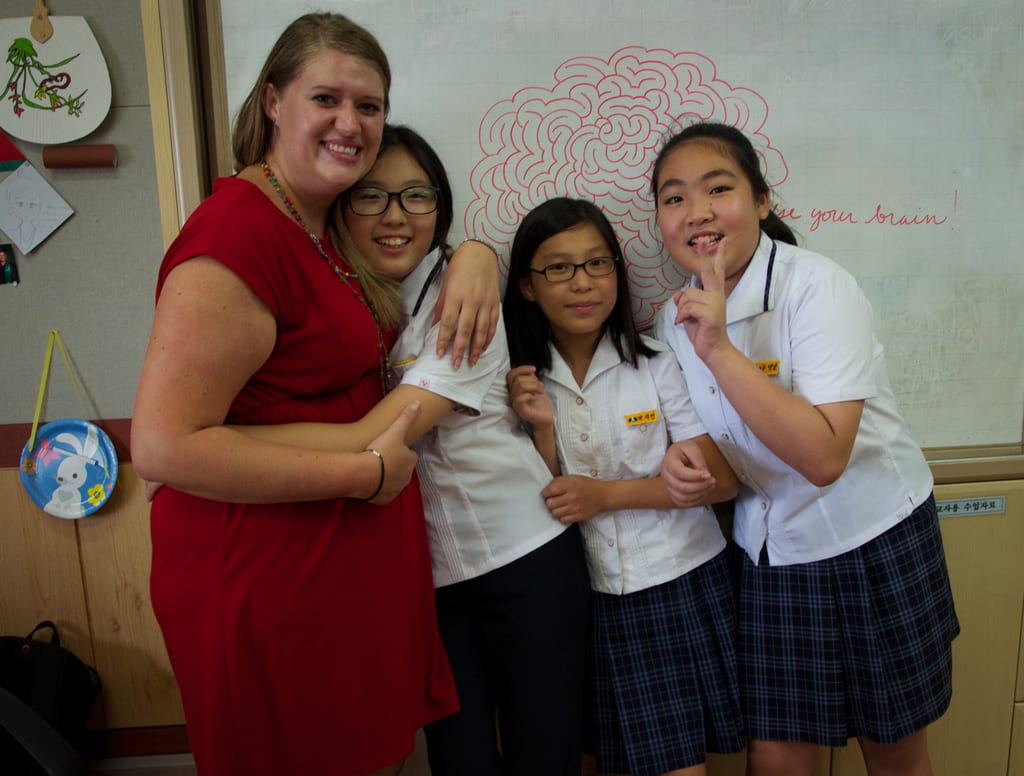 At Heather’s school, a public school for middle school girls (age 14-16 in Korea, or 13-15 in the rest of the world, as Koreans are considered 1 when they’re born), the girls have “toothbrush time,” when they are expected to brush their teeth. This takes place at giant sinks in the hallways.

The weirdest things are cool in middle school — at my school, it was wetting your hair after gym class but not showering, cutting your own bangs, and wearing glitter gel both above and beneath your eyelids. In Korea, it’s walking around and having full-on conversations with a plastic toothbrush sticking out of your mouth!

Sitting in a Park in a Hospital Gown

We were sitting in a park next to a hospital, and Heather remarked that inpatients sometimes come down to to the park in their hospital gowns. The same kinds of hospital gowns as everywhere else — gowns that are open in the back. Feel that breeze!

When I moved to Busan, I was staying near a children’s hospital, and I saw a few parents carrying their kids into a coffeeshop while dragging along an IV pole. It’s nice that they’re able to leave the hopsital now and then.

It’s not enough of a workout just to take a walk — Koreans like to stretch and turn as they walk, turning simple strolls into borderline yoga sessions! Apparently this is a thing.

Karaoke! If you’ve got a group, you can rent a noraebang, or private karaoke room, for a few hours. Oh, and you can bring in your own food and booze! This was a must for our big night out in Yeosu.

We had thousands of English songs to choose from, and pretty images filled the screen — fields of flowers, ocean waves, beautiful lakes, even seaside scenes from Marsaxlokk in Malta (I screamed when that happened!). Then the guys got up to sing “Eye of the Tiger” and the landscape instantly changed from pretty flowers to badass ice climbing!

As for us girls, we attempted Destiny’s Child’s  “Say My Name” and mangled it beyond recognition. Somehow I always end up singing that song at karaoke and every time, I swear never again — it’s a tough song to sing!

Have you been dating your significant other for 100 days? That’s a big milestone in Korea — not least because it’s the go-ahead to wear matching outfits.

Once on Koh Phi Phi, Thailand, I saw four Korean couples traveling together wearing matching bathing suits — all eight bathing suits were the same pattern, but each couple was assigned a different color! 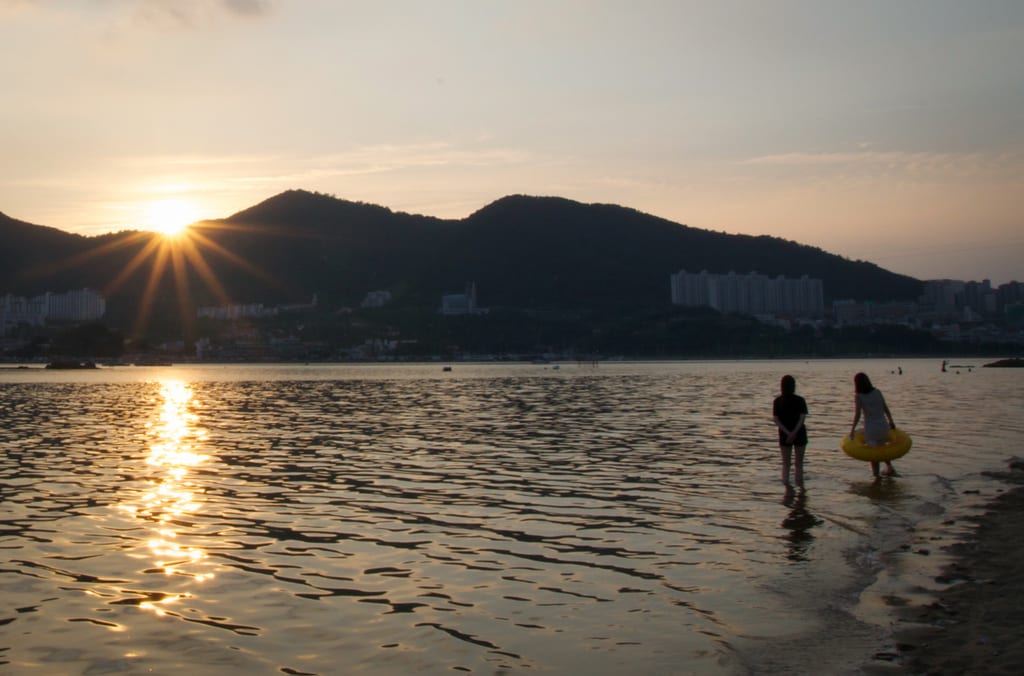 Before we headed to the park, Heather simply handed her phone over to the girl behind the counter at a convenience store. Korea is very technology-oriented — certainly the most technology-oriented country I’ve ever visited — but even this surprised me.

If you need a charge, just hand your phone over at a convenience store or restaurant. They’ll charge it up until you’re ready to go. Nobody will steal it from you.

And yes, that technology comes at a price. In just three weeks in Korea, I saw countless people collide with things (including one guy spectacularly face-plant into a glass wall in Busan, to the hysterical laughter of his friends) because they were engrossed in their phones.

You could argue that people walk into things all over the world — but trust me, Korea is an extreme case. 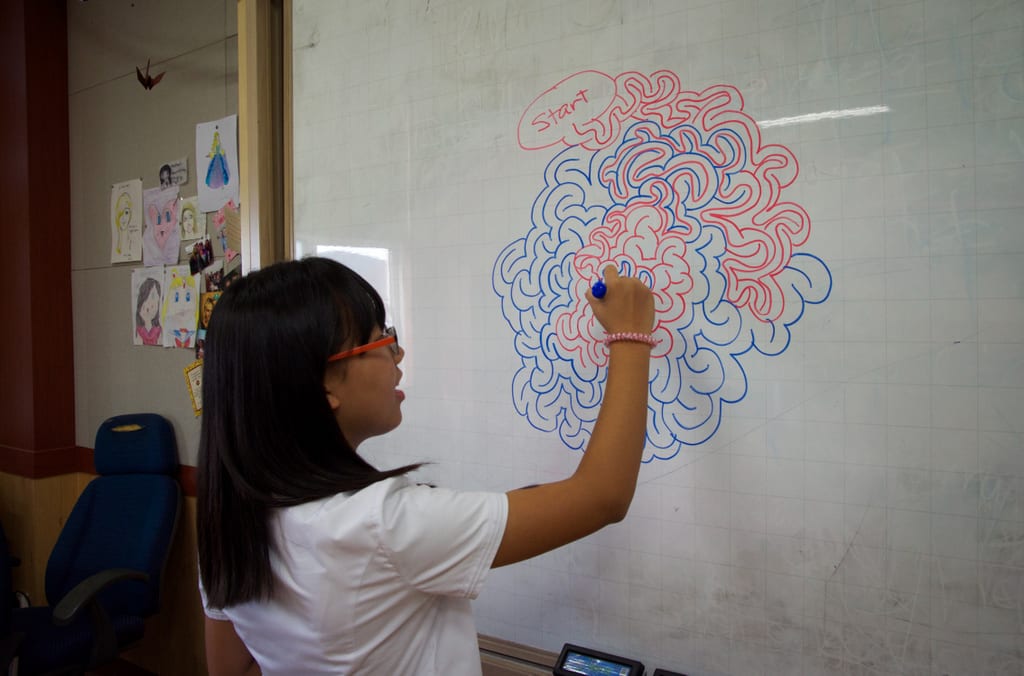 Yeosu is a really nice city — but it’s way off the tourist track, especially for foreign tourists. The city itself is home to roughly 100 foreigners, a much smaller ratio than other Korean cities. You don’t see many outsiders in the city.

There were two results of this. The first was that I was constantly asked, “Are you new?” by every teacher I met. Meaning that they were asking whether I was a new teacher.

The second was that elderly Koreans in Yeosu would literally stop in their tracks and crane their necks, watching me as I walked down the street. Older Koreans aren’t used to seeing foreigners! 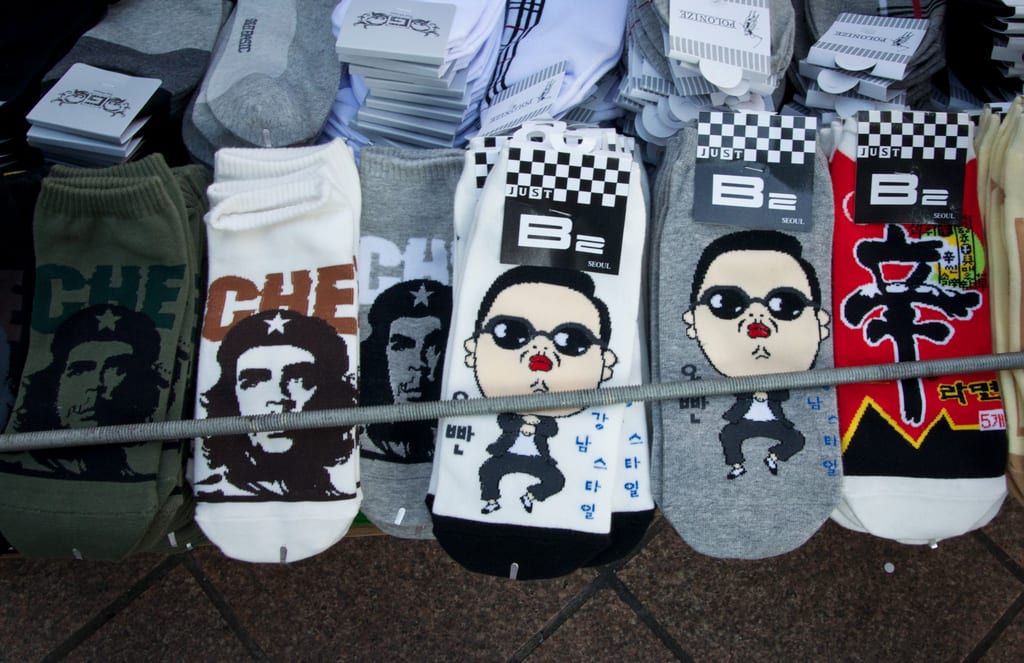 Gangnam Style is Surprisingly Absent — but PSY’s Not

In three and a half week in Korea, I heard “Gangnam Style” precisely once — only for two seconds, and in the form of a ringtone. (I did hear “Gentleman” three or four times.) The song was the biggest hit in the world a year ago — has it really fallen that far out of favor?

That said, PSY seems to endorse half the products in Korea, and his likeness is on everything from cell phone cases to socks.

Getting to Know Korea

Korea may be tough to understand if you have no friends or contacts there — but that doesn’t mean you’re out of luck.

My best recommendation for meeting people in cities you plan to visit, whether in Korea or anywhere else, is to join Couchsurfing and check out the groups in the cities that you’re planning to visit. Look for events to attend — or just post on the boards and say hi! You’ll be getting to know Korean culture in no time.

Have you been to Korea? Would you like to experience its culture?

62 thoughts on “Korea: A Tough Cultural Nut to Crack”