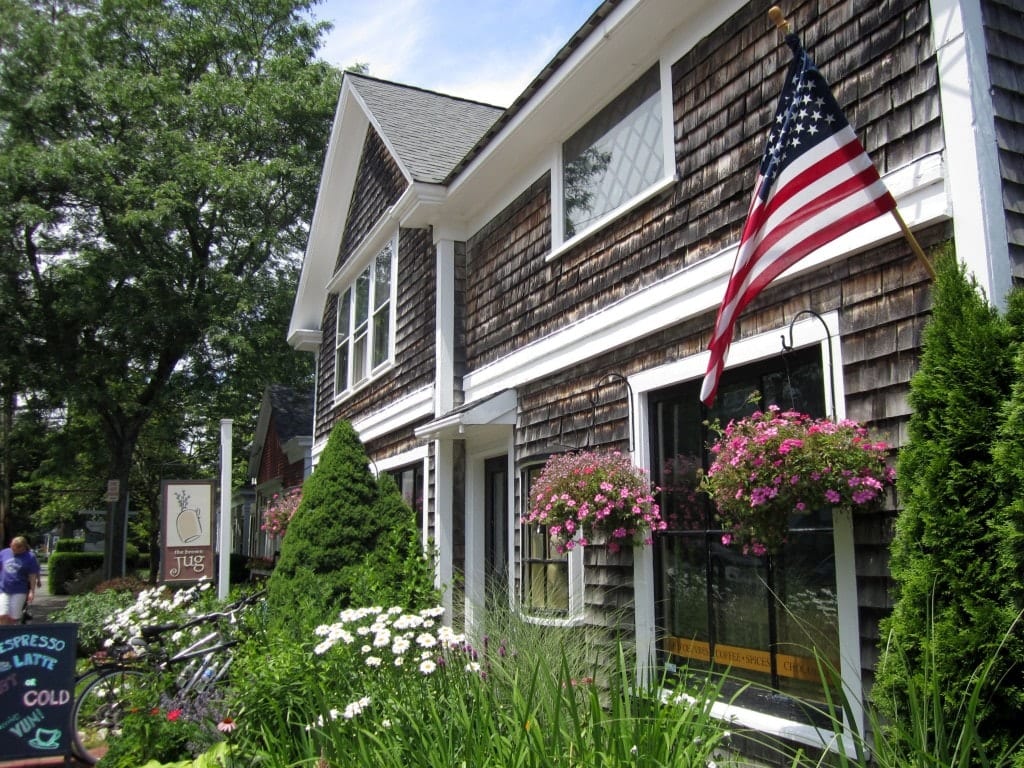 Spending time on Cape Cod is a rite of passage for Massachusetts residents.  If families in Massachusetts aren’t booking flights to Orlando, chances are they’re booking a week at a house down the Cape.

That wasn’t the case for my Massachusetts-bred family.  Rather than spending our summers vacationing in our home state, we always went camping in New Hampshire.

Sure, I’ve experienced the Cape, but not much.  (And, of course, the glaring gap in my travels is that I’ve never been to Nantucket or Martha’s Vineyard!)  So when Dave came over from the UK and we decided to road trip down the Cape, it felt like I was discovering it for the first time.

My favorite part?  The houses. 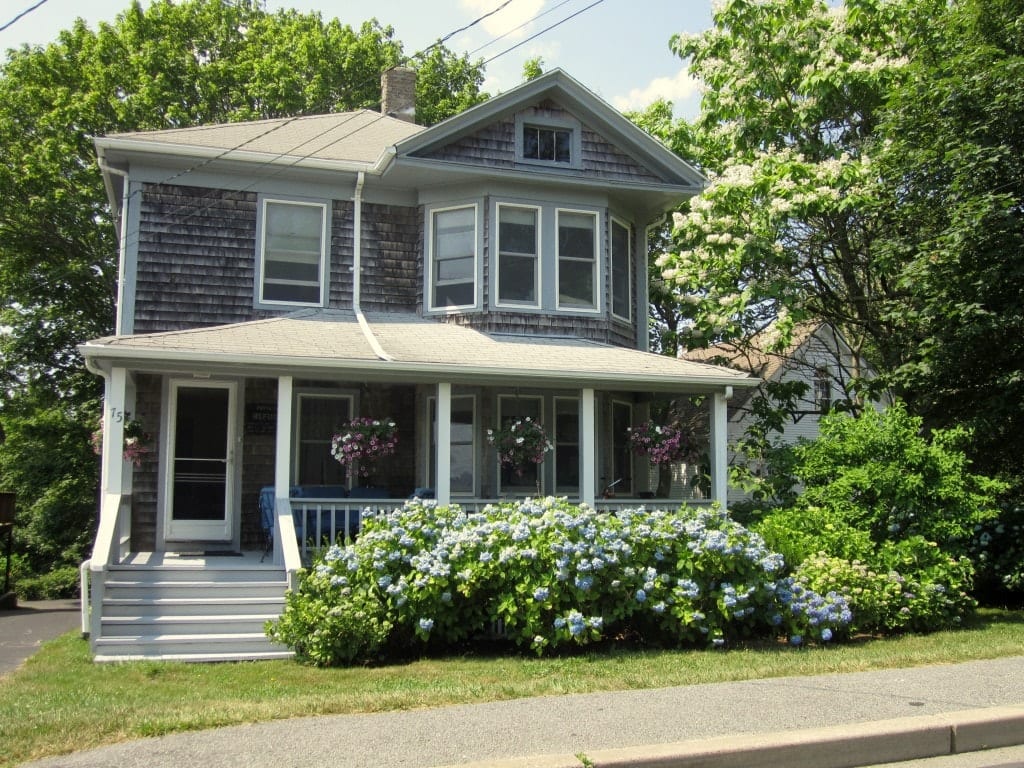 Cape Cod houses all look so much alike!  They’re all on the small side, they have that weathered wooden shingles look, they feature several eaves and gables, and they’re impossibly immaculate, with picture-perfect landscaping.  Even the big ones look small.

A Cape Cod cottage is a style of house originating in New England in the 17th century. It is traditionally characterized by a low, broad frame building, generally a story and a half high, with a steep, perfectly pitched roof with end gables, a large central chimney and very little ornamentation. Traditional Cape Cod houses were very simple: symmetrically designed with a central front door surrounded by two multi-paned windows on each side. Homes were designed to withstand the stormy, stark weather of the Massachusetts coast. Modern Cape Cod architecture still draws from colonial designs.

So whenever we drove past an exceptionally pretty Cape Cod house, I had to get a photo.

Here are some of my favorites: 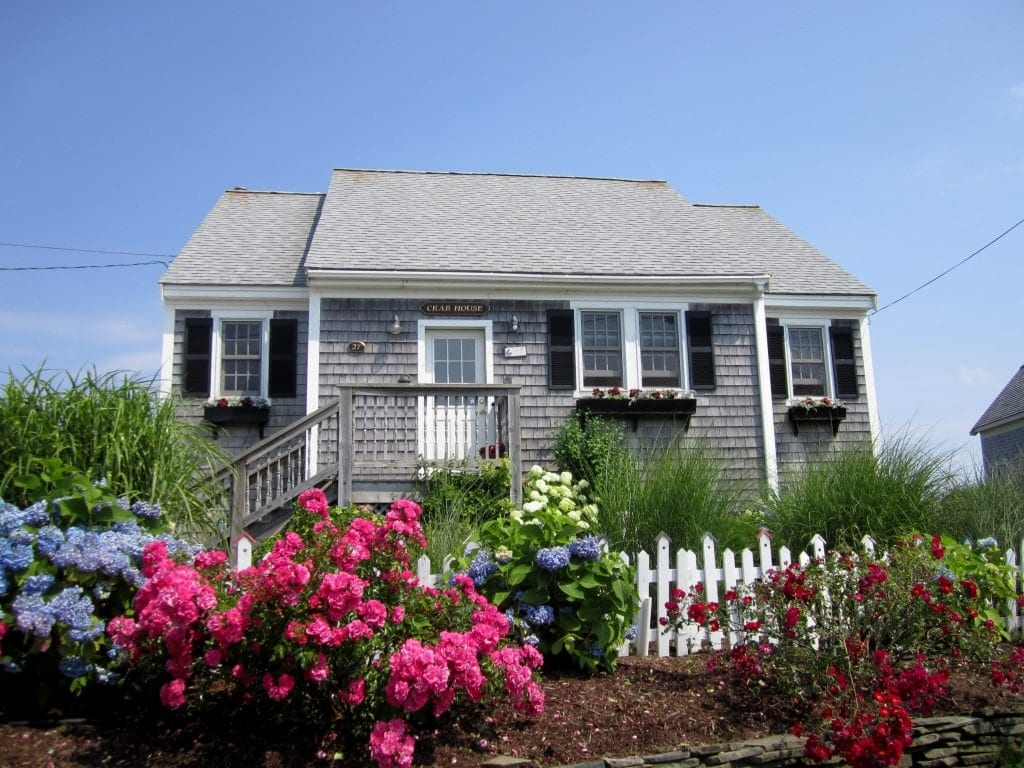 I love the hot pink flowers mixed in with the rhododendrons at this house off Lighthouse Beach in Chatham.  Pure New England! 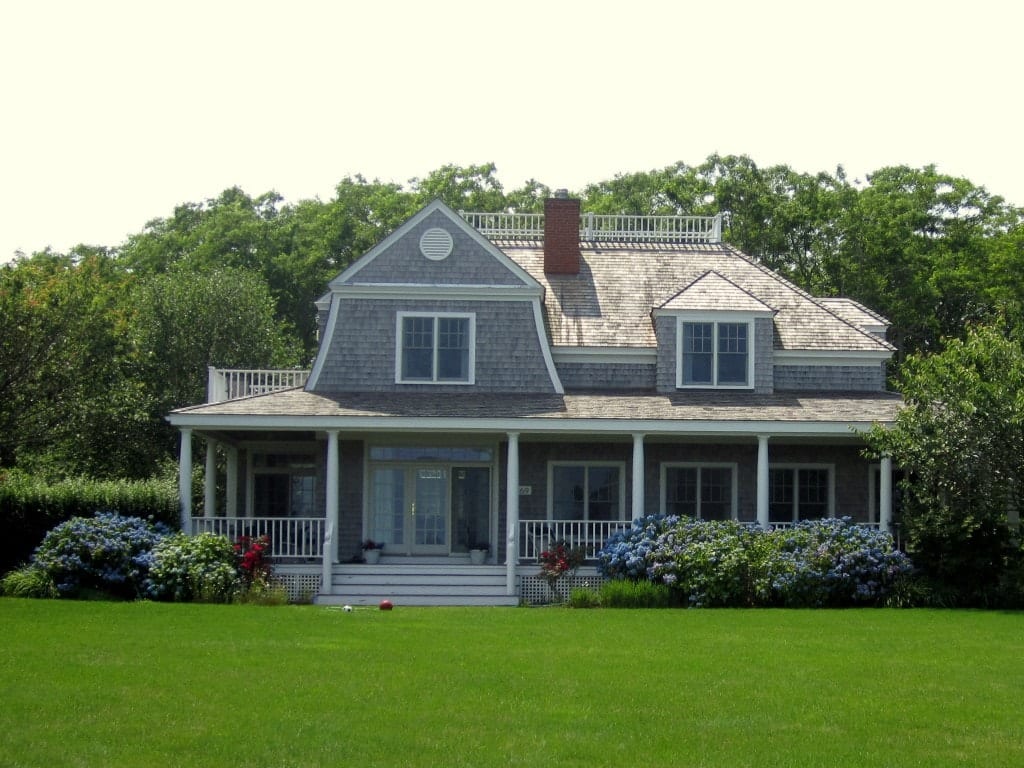 This house, also in Chatham, overlooked the ocean at a distance — hence, the widow’s walk.  And the omnipresent rhododendron bushes. 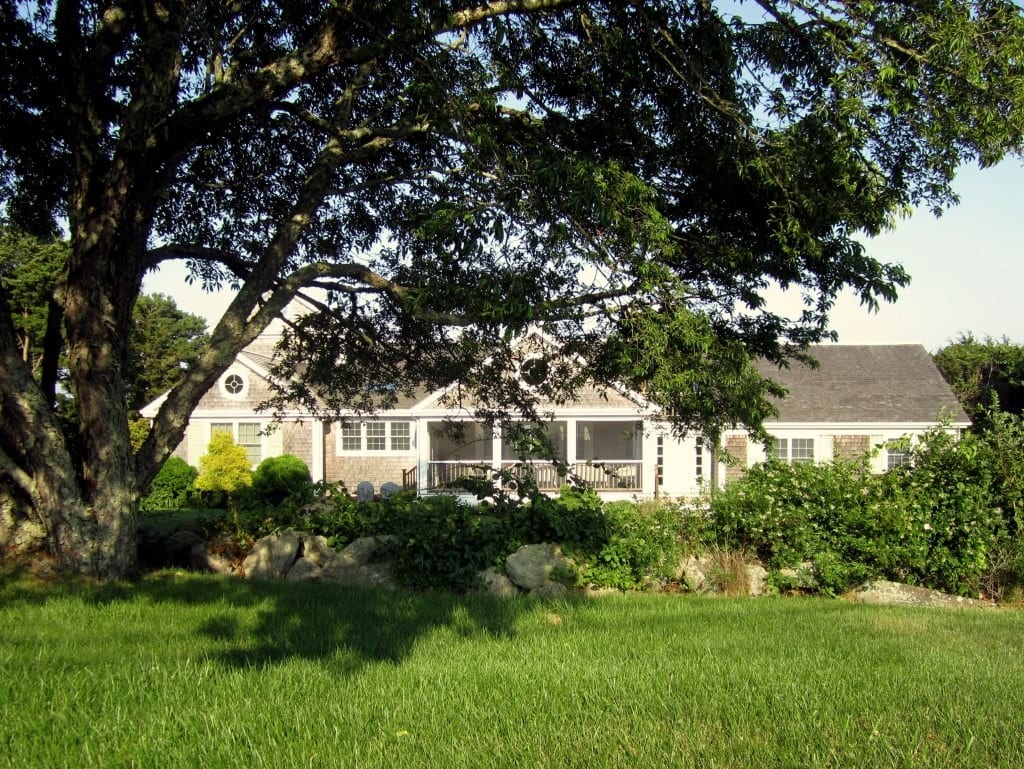 I love how this house is set back in its yard, with some actual privacy from the landscaping.  You don’t see that too often.  Doesn’t the tree remind you of Forrest Gump? 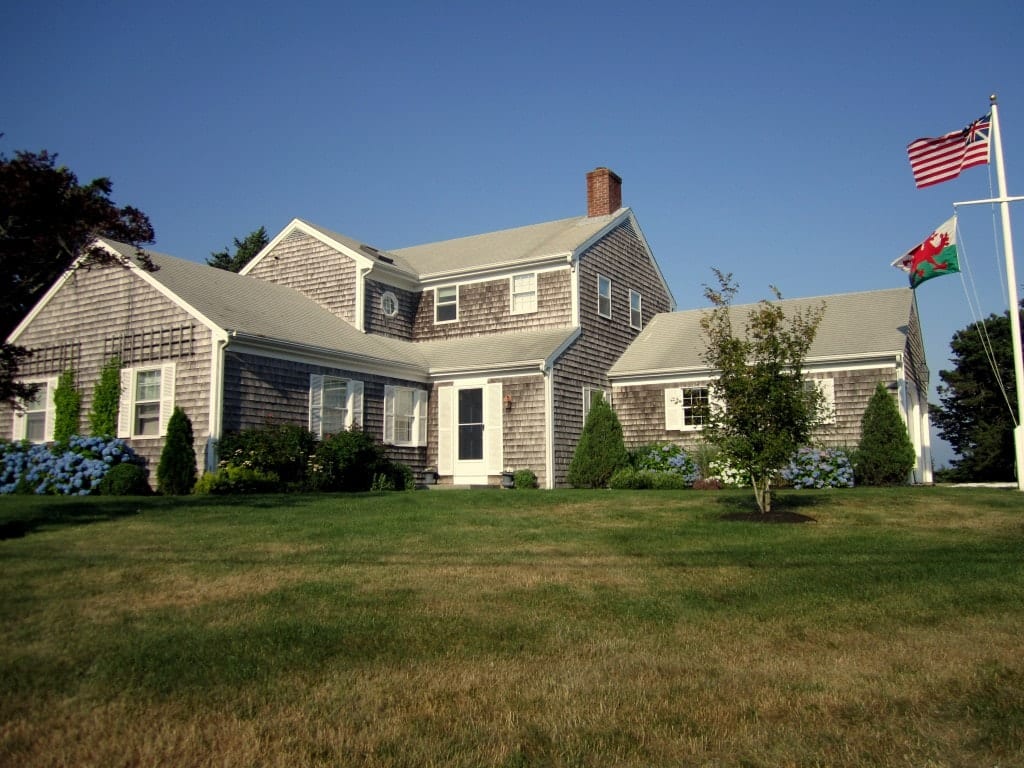 There aren’t many large Cape Cod houses, but they’re primarily confined to neighborhoods filled with large houses, like this street off Nauset Beach in Orleans.  (Fortunately, you don’t see a lot of McMansions dwarfing the surrounding tiny houses.)

Oh, and Dave was quick to point out the Welsh flag.  🙂 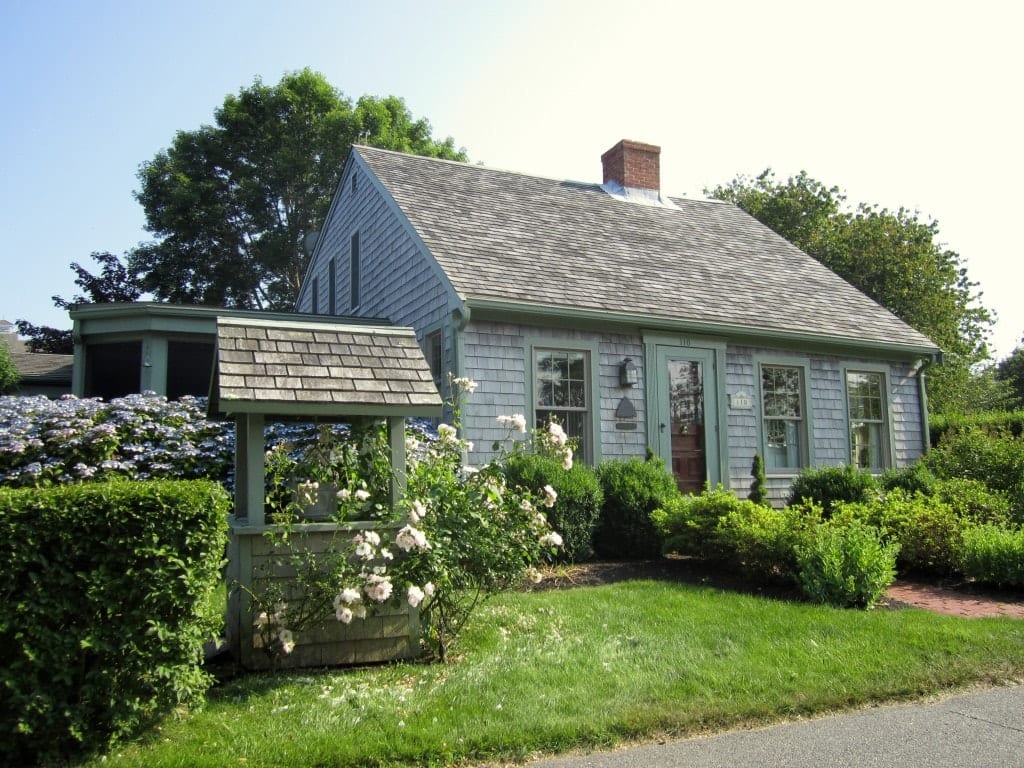 And finally, a house with a wishing well.  How romantic is that?!

After a few days of driving through these dreamy houses, I was thinking about how nice it would be to have a little cottage down here and spend my summers antique shopping, walking the beaches, and taking care of my perfect, immaculate Cape Cod house.

A dream that will likely never be realized, but it’s nice to think about!