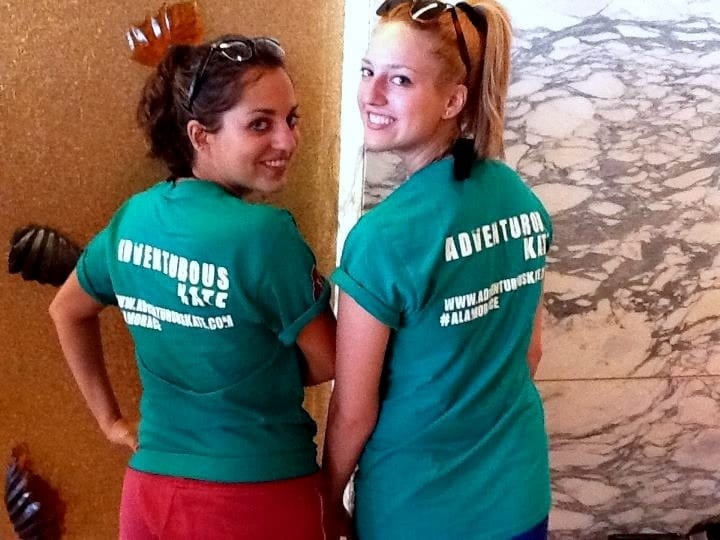 Today was the first day of the Race to the Alamo, presented by the San Antonio Convention and Visitors Bureau.  And we got to see some interesting things!

(Note: as time goes on, I’ll be posting better-written, more detailed, more entertaining and more useful posts.  This is just the daily recap.)

This was the first day of a three-day competition between three teams of bloggers: me and my sister Sarah, Carolyn and Dan of The Healthy Voyager, and Sharlene and Michelle of Trekaroo.

What’s nice is that the Race to the Alamo isn’t a constant race, like The Amazing Race — we do little competitions in between noncompetitive legs. 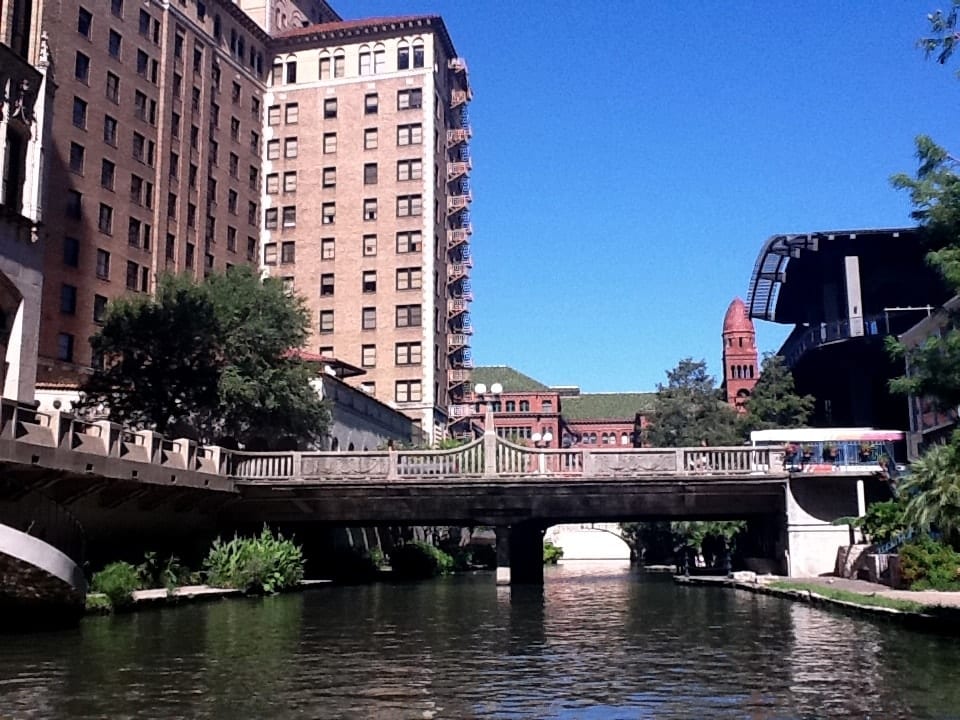 We started with a ride down the San Antonio River, taking in the RiverWalk, San Antonio’s #1 destination for visitors.  Not only is it a beautiful place to visit, but it’s also easy to see that they put so much effort into taking care of the landscaping.

Now that beauty had been seen, we began our competition! 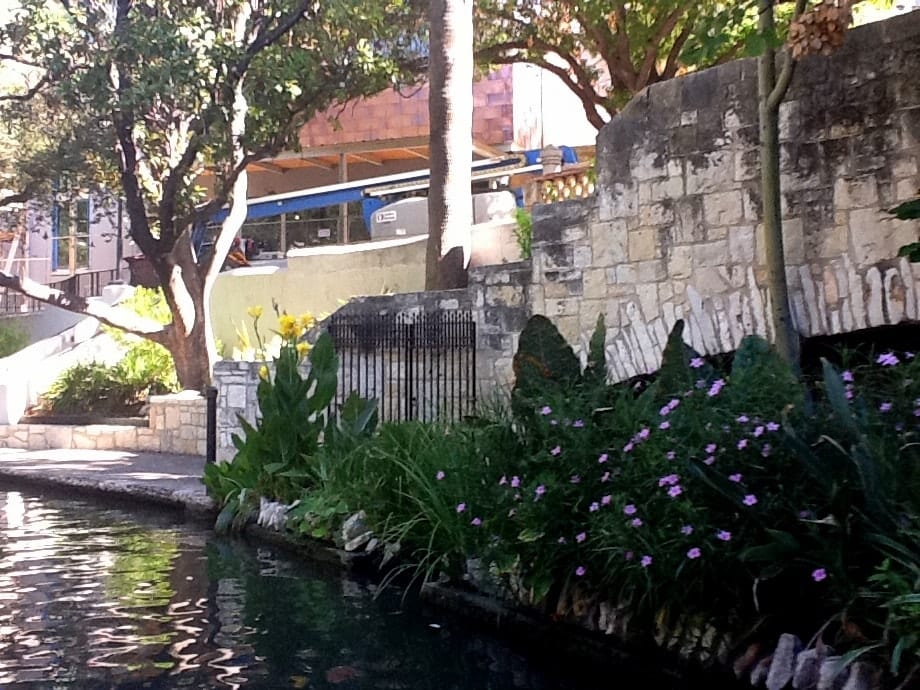 “I can’t remember the last time I was on a bike,” Sarah told me.

“But I can’t remember before that.”

This challenge was part leisure and part competition.  The leisure part was a cycle along the canals, which was lovely, albeit stressful at times (much of it had no fences, and we could easily fall into the river!).

If you don’t mind that small, infrequent risk, however, San Antonio’s size and atmosphere make it a great city for biking, and it’s possible to do it for pretty cheap!

After the leisurely ride, we raced to find the bike stand.  And this is where I am ashamed to say that I completely failed the first challenge.  Sarah was the first one to get there, but I was behind a competitor who randomly stopped her bike — and I rode right into her back tire, catapulting myself off my bike.

My performance?  Beyond pathetic.  Shameful.

There was no way I was going to keep up that mediocrity. 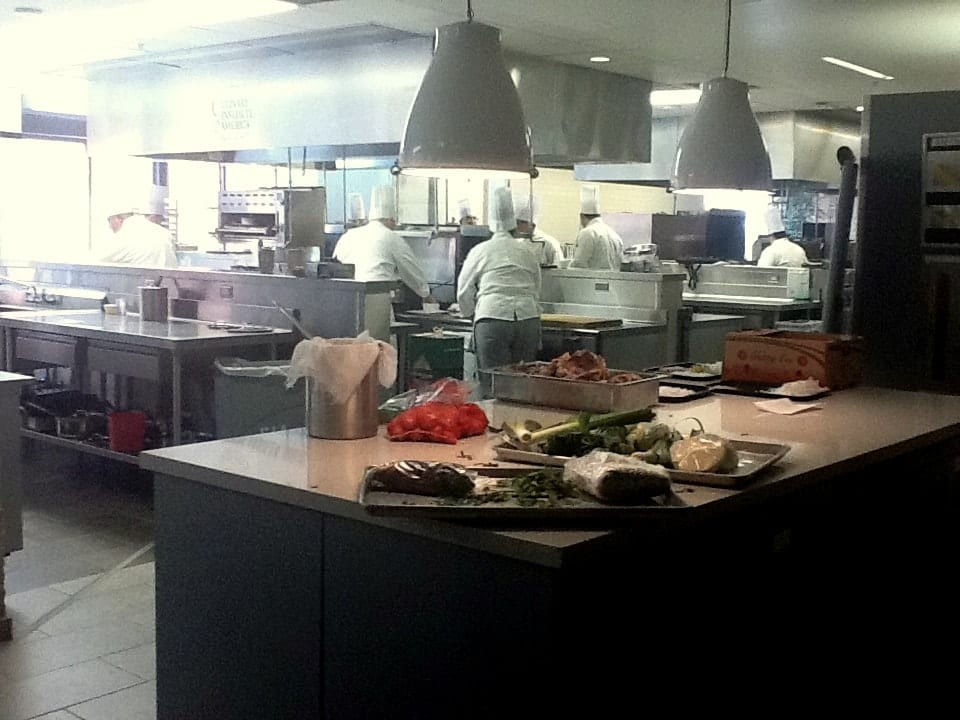 We made our way to the Culinary Institute of America in San Antonio, and were immediately impressed by its shininess, cleanliness, and interesting decor. 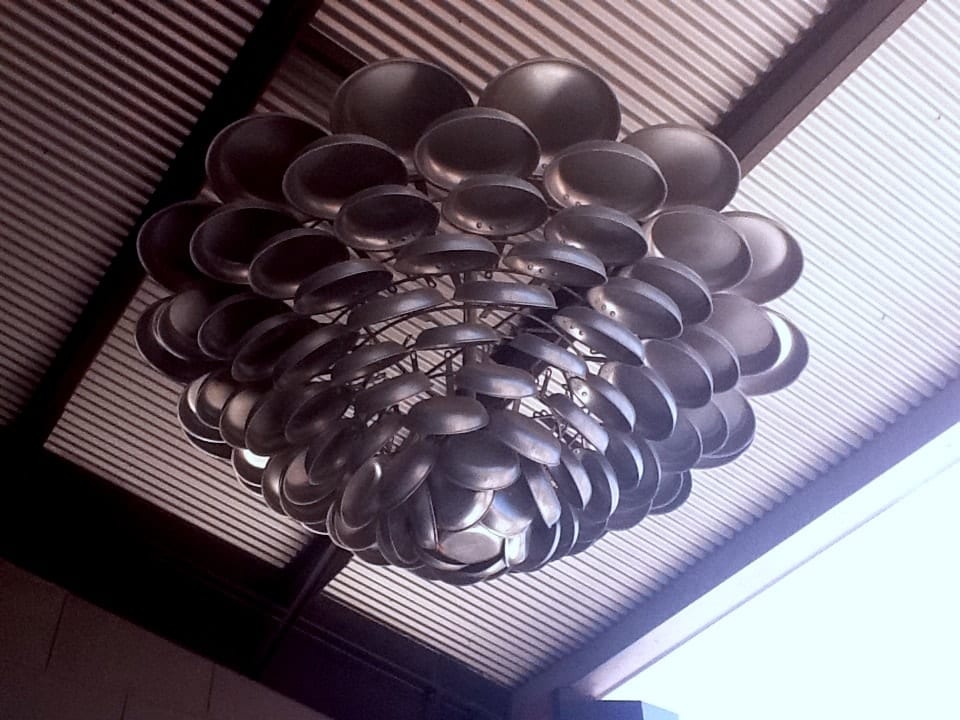 Our challenge was to make salsa.  Our three teams were each making different salsas, and Sarah and I were making a salsa de chile de arbol, made from chiles de arbol and tomatillos.  We made it using a molcajete (mortar and pestle).

Considering how often my family watches food competition shows (you’ve got to love Chopped!), Sars and I were naturals.  We smashed those tomatillos and ground the tough skin down as much as we could.  Taste, though, was difficult.  We kept adding salt but couldn’t tell the difference each time.

Our judge, a CIA instructor, tasted all three salsas.  We were awarded second place — and she said that, in spite of our doubts, we had seasoned it perfectly.

Lunch was then had at a lovely Mexican restaurant called La Gloria, run by a CIA graduate. La Gloria specializes in Mexican street food, and you’ll be hearing about it more in my later food posts! 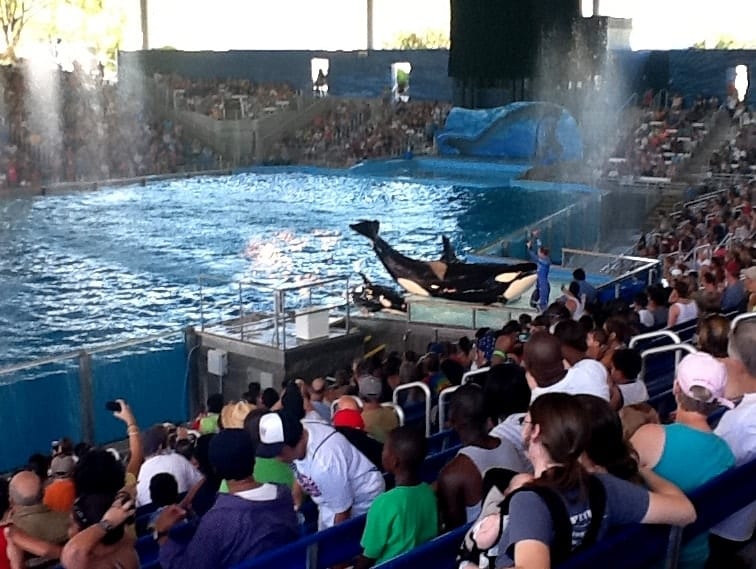 Our next challenge took us to SeaWorld San Antonio.  The first thing that we did was watch the Shamu show, featuring several killer whales, including an 8,000 pound male and a new baby calf.

And then came our challenge: while wearing oversized t-shirts, we were going to get splashed by Shamu and friends.  One team member would try to catch as much as possible in the bucket, and the other team member would wring out his or her shirt (and ONLY the shirt — no clothes or hair!) into the bucket.

Our strategy: hold the shirt like a bucket and use it to collect more water.

AND IT WORKED!  Sarah and I came in first!

The whole video is here — and hilarious, and well worth watching:

After everything was tabulated, Sarah and I came in second place for the day.

We spent the rest of the day touring SeaWorld behind the scenes and getting to play with some dolphins.  (Well, the others did.  I’m sorry to say that my fear of fish does extend to water-dwelling mammals as well!) 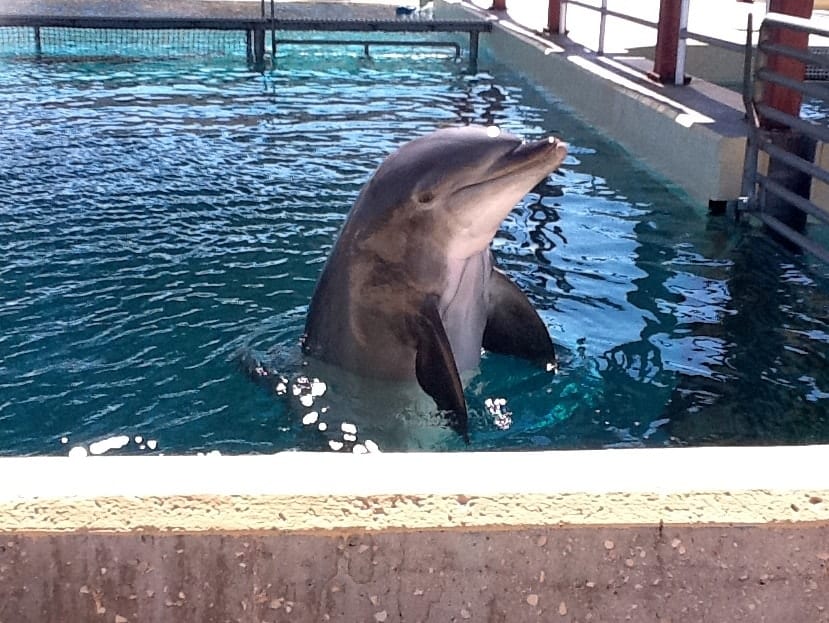 And so we have our first giveaway!

Today I am giving away a copy of The Texas Provincial Kitchen, a Tex-Mex cookbook.  I’ve been leafing through it and drooling — there are SO many delicious recipes in it!

Remember: We need your votes.

Click here to vote for me and Sarah to win the Race to the Alamo.  40% of the score is based on voting!  You may vote once per day through August 31, and each time you vote, you enter a chance to win a trip to San Antonio!

Stay tuned for Day Two of the Race to the Alamo!

31 thoughts on “Race to the Alamo, Day One: Shamu and Salsa (WITH A GIVEAWAY!)”