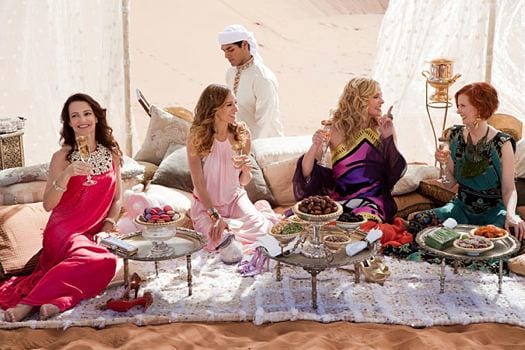 As a traveler from the United States, I often have to confront the “Ugly American” stereotype that unfortunately persists throughout the world.  Ugly Americans travel to other countries but are rude and loud while making unreasonable demands and refusing to adapt to the local culture.

Sex and the City‘s Samantha Jones, played by Kim Cattrall, is an Ugly American to the extreme.  In the movie, a prospective PR client of hers, a hotelier, invites Samantha on a weeklong jaunt to his five-star resort in Abu Dhabi. According to him, Dubai is over — Abu Dhabi is the hottest destination in the Middle East.  Samantha finagles invitations for the girls to join her on the trip as well.

Well, during her time there, Samantha refuses to cover up her body, makes blatantly vulgar gestures with a hookah pipe, gropes a man in public, and pelvic thrusts from a pile of condoms, screaming, “Yes, I have sex!” while surrounded by a mob of angry men.

Her excuse for everything? “It’s the new Middle East!”

Samantha, whether it’s the new Middle East or not, it’s still the Middle East, and you are still a guest in that region.  No matter what, you need to show respect.

Miranda, by contrast, gets everything right.  She reads up on Abu Dhabi, the UAE and the Middle East.  She learns Arabic phrases.  She briefs the girls on the culture and encourages them to cover themselves up, often covering Samantha against her will. 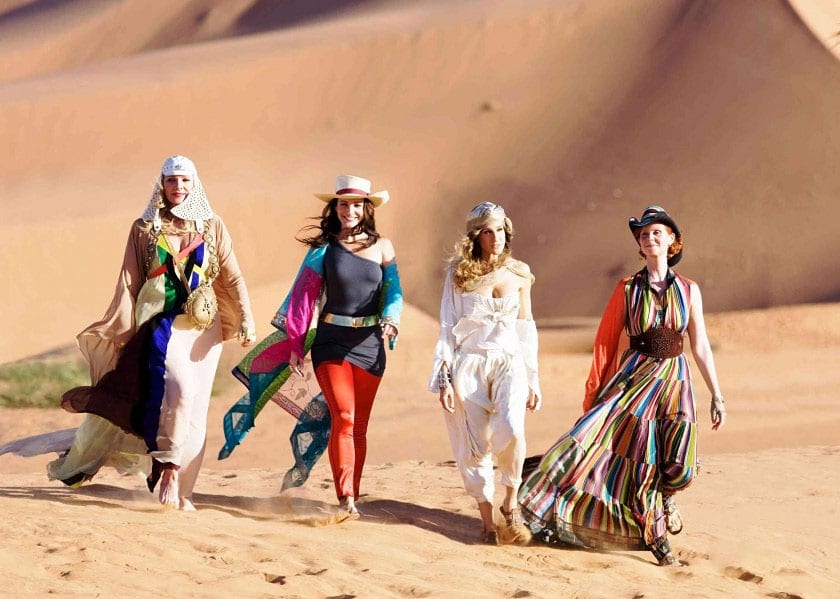 Beyond that, the film briefly dives into feminism topics, comparing womanhood in New York City and the conservative Middle East.  While I will admit it was interesting finding out how a woman in a full veil would eat French fries, most of the dialogue was cringe-inducing.

To me, the conversations displayed the worst Ugly American stereotype of all — a sort of cultural American exceptionalism.  While it’s true that many, many Middle Eastern women have it far worse than we do here in America, not all of them do.  A culture seen as imprisoning to some is liberating to others.

To be honest, I feel like they could have made a bigger deal of the fact that Charlotte chose to go by her gentile maiden name in Abu Dhabi rather than her Jewish married name.  Now, that could be an issue.  But was mentioned only once and ignored for the rest of the movie.

Sex and the City was a fantastic TV show. The films? Not so much.

If you want to see a film that positively documents conservative cultures in America, try Arranged. I LOVE this movie.  It tells the story of two teachers in their early twenties at an elementary school in Brooklyn.  One is an Orthodox Jew, one is a Sunni Muslim, and they become friends — then realize they are both awaiting arranged marriages.

What would Carrie and the gang think of these girls?  Probably sorry for the fact that they have fewer fashion options.  (Though I will say, and this is the truth, that one of the most jaw-droppingly fashionable women I’ve ever seen in Boston was a Muslim woman in a hijab and a stunning yet modest outfit.)

Sex and the City 2 took the easy way out. I wish someone had put more thought into it.