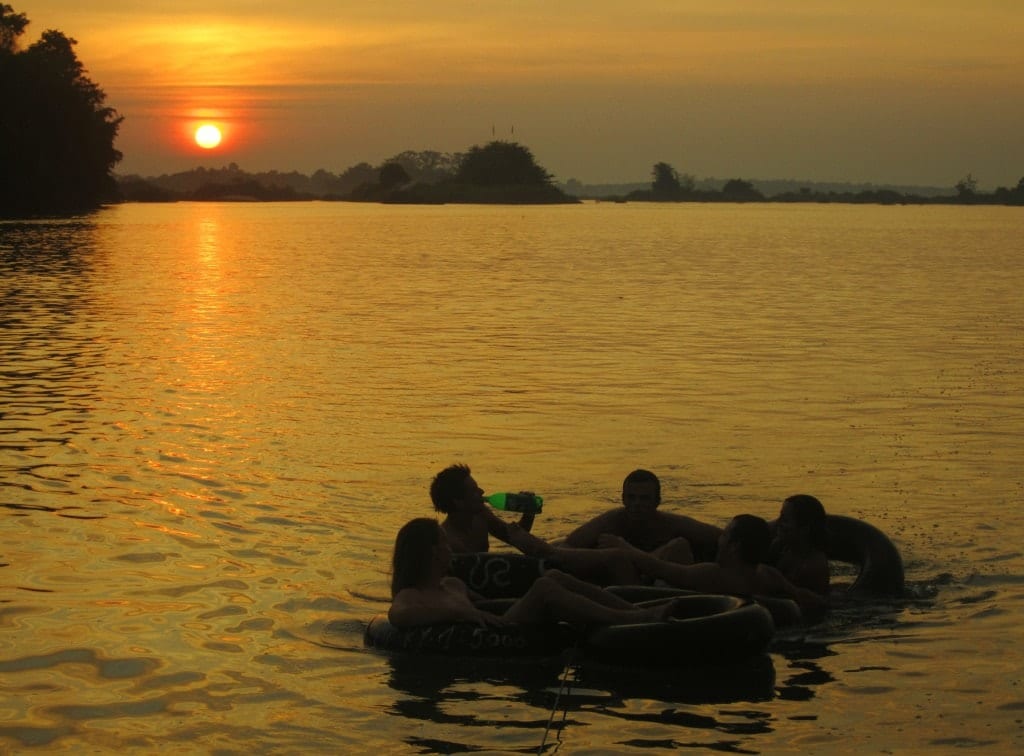 Swimming in the Mekong.

It just sounds wrong, doesn’t it?

Even Lonely Planet warned that the Mekong would be muddy and disgusting through December, not turning bright turquoise until early in the New Year.  Swimming in a sewer would probably be more pleasant, the book said.

Yet here I was, on a sunset cruise on Don Det, Si Phan Don, amongst a jovial bunch of Brits and Germans, sipping on Lao Lao and contemplating jumping into the glassy, green-gray river.

“I wonder if it has those deadly microscopic fish,” one of the English guys said.  “The ones that swim up inside you when you pee and then stick their spikes into you.”

“Pretty sure that’s just the Amazon,” I replied.  “No specific warnings about swimming in the Mekong, other than it’s a bit gross.”

Which was true.  It wasn’t dangerous.  It was that it could possibly be borderline unpleasant.  Why would I let that stop me?

And then it hit me.

Most people who warned me about traveling in Asia were the kind of people who wouldn’t dream of taking a trip like this themselves. So why would I let them decide what I would and wouldn’t do?

There were innocuous worries like, “How will you find tampons?” And there were more serious warnings like, “What will you do when the Khmer Rouge rises again?”  For the record, I’ve managed just fine, and Pol Pot is dead.

I wasn’t going to let these worries stop me from enjoying the trip of my dreams.  And that water looked good.

I dove into the Mekong. The guys followed suit. 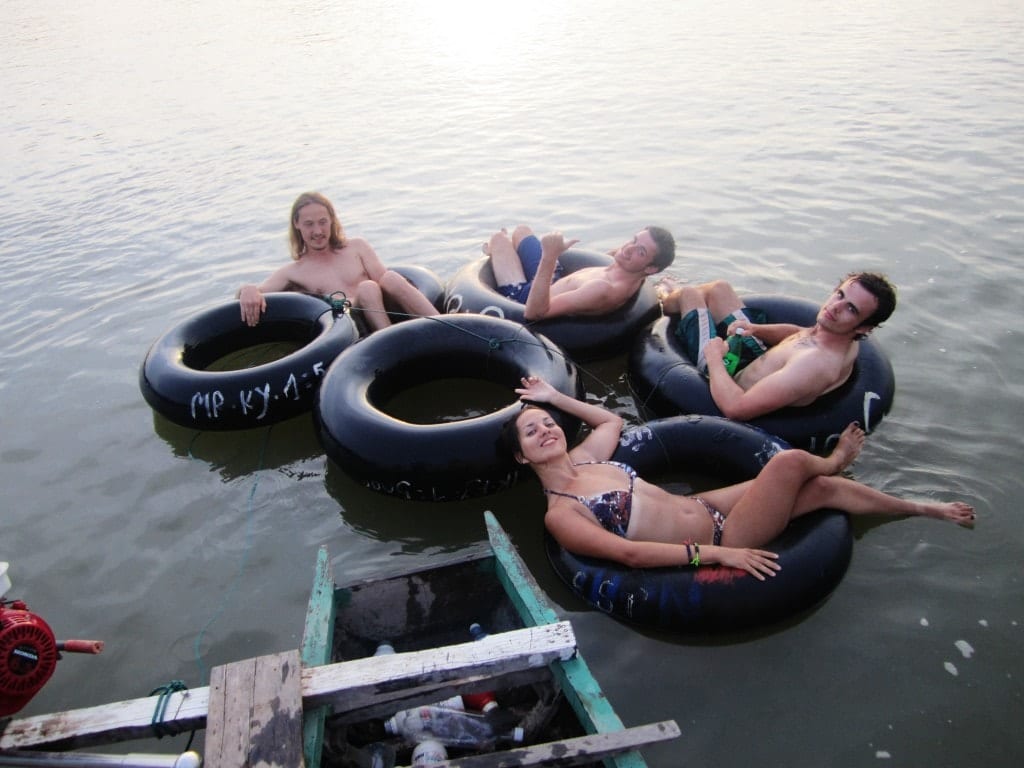 The worries?  Unfounded.  Swimming in the Mekong is a blast.

27 thoughts on “Swimming in the Mekong: Surprisingly, Not That Gross”