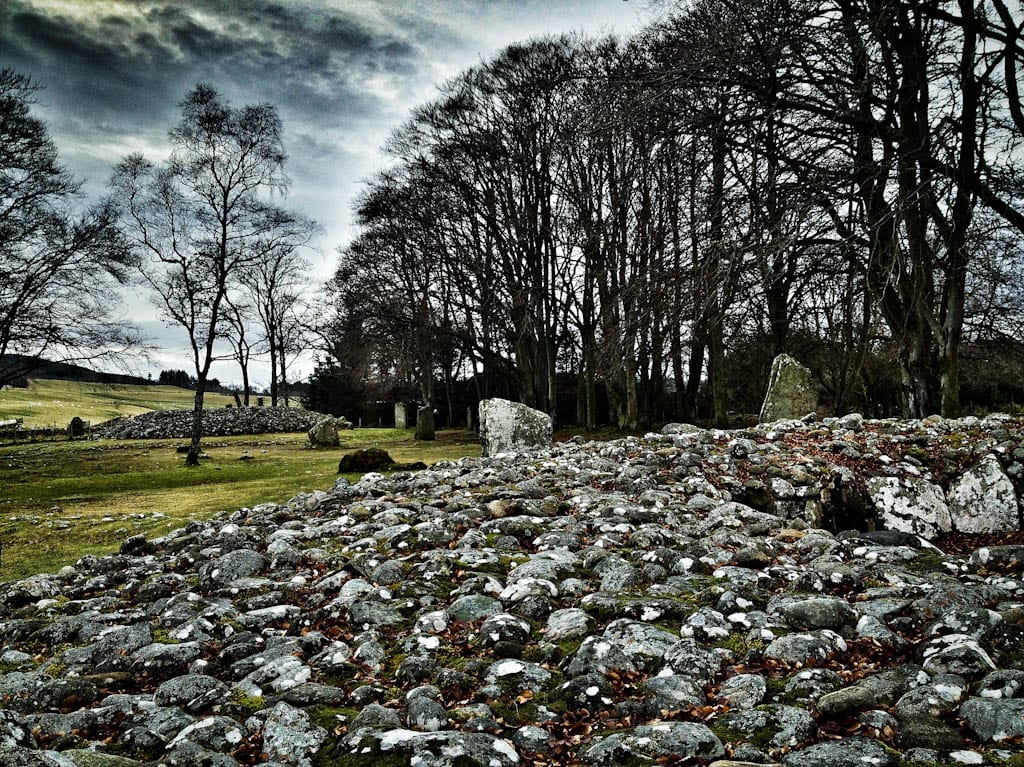 When I was in high school, I was in a performance of Brigadoon.  The show — cheesy, but featuring some very beautiful songs — is set in the Scottish Highlands.

Brigadoon couldn’t have painted a prettier, happier picture of life in the Highlands — weekly markets filled with cheerful merchants, beautiful fields of heather, proud Scottish sword dances, friendly townspeople with musical accents.  And though the show has its share of death and destruction, life in the Highlands, overall, was good.

Of course, life isn’t remotely like a Lerner and Lowe musical.  But I still carried images of Brigadoon in my head when I pictured the lives of my ancestors in Scotland, so many generations ago.

My mom can trace her father’s side of the family back to Scotland — McLeans and MacDonalds from Skye and Inverness — and while my dad’s family claims exclusively French Canadian ancestry, with a last name like mine, it’s highly probable that a Scot sneaked his way in.

One of my travel priorities from the last year was to start visiting my family’s ancestral homes in Europe. This was my first time getting to see the Highlands.  And as beautiful as the landscape was, I was shocked at the history that I learned.

On this trip I learned just how dark and difficult life in the Scottish Highlands used to be. 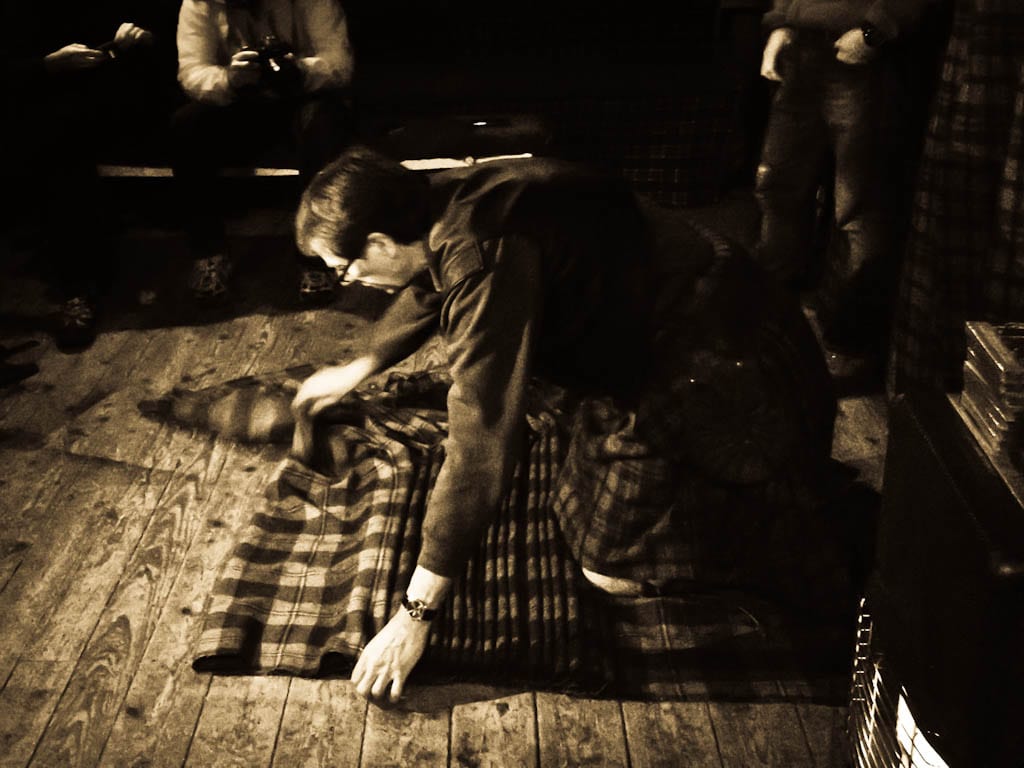 Scotland is cold in the winter– while not coldest I’ve ever been, the Scottish chill is hits you on an entirely different level.  The dampness seeps into your bones and stays there, leaving you cold for days afterward.

That evening, we got to meet a true Highlander — Ken of the Clansman Center of Fort Augustus.  Clad in an authentic kilt — the kind YOU are expected to fold yourself, not the modern kind with pleats already stitched in — he wove a narrative of the difficult life in the Highlands.

Life expectancy here was low — living into your 50s was a laudable achievement.  Most children died, and large extended families lived in single-room houses.

They sterilized their kilts the best way they knew how — by soaking them in urine.

Coats didn’t exist.  Women simply wrapped a thin piece of fabric around their bodies like a shawl.

The single most shocking thing to me?  People went barefoot nine months of the year.  The other three months, they simply tied pieces of cloth around their feet.

And to think that I didn’t wear a kilt on New Year’s Eve because I didn’t want to be cold. 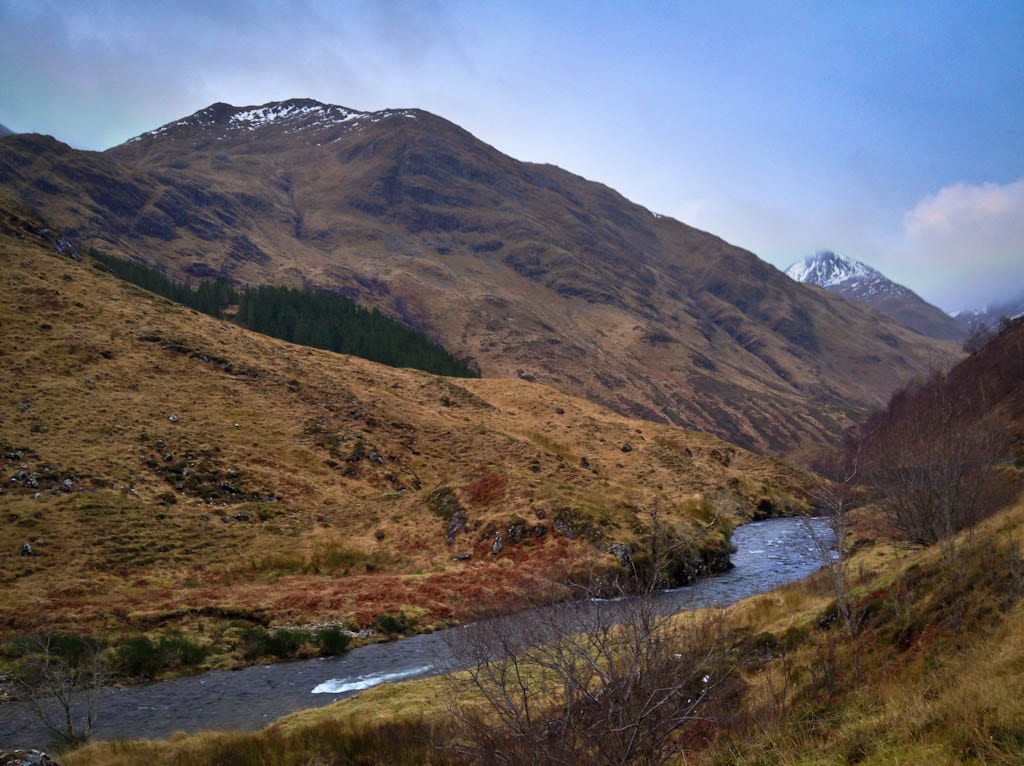 Scotland was so beautiful, but how did people live here?!

But I’ve never thought of struggling to live while being constantly, constantly cold. 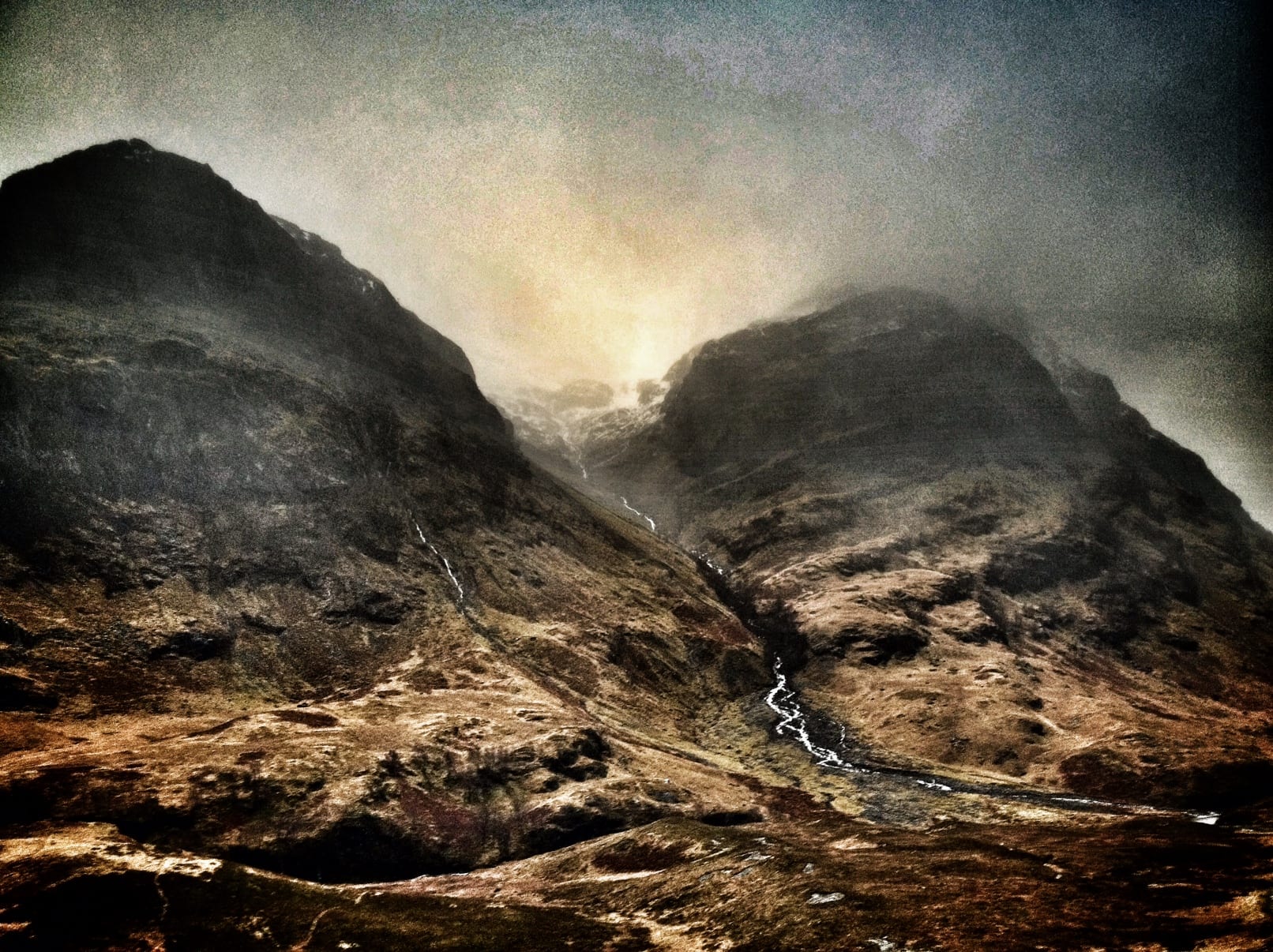 To survive in the Highlands, people depended on the hospitality of others.  When a group of Campbells led by Captain Robert Campbell arrived in Glen Coe in 1692, the MacDonald clan didn’t hesitate to take them in.

They repaid them by murdering them and burning their homes.  38 men were killed in their homes or on the surrounding land.  40 women and children died of exposure.

These crimes, as horrifying as they were to begin with, were seen as the ultimate heinous act — because the MacDonalds opened their homes and lives to the Campbells and were deceived.

Glen Coe retains an air of grandeur, its hills rising in the mist.  This area is absolutely stunning and was even used for the end scenes of Skyfall.

But that beauty can’t erase the horror draped over Glen Coe like a thick blanket.  Highlanders believe that the origin of Friday the 13th comes from this massacre, and to this day, Campbells are viewed with suspicion in the Highlands. 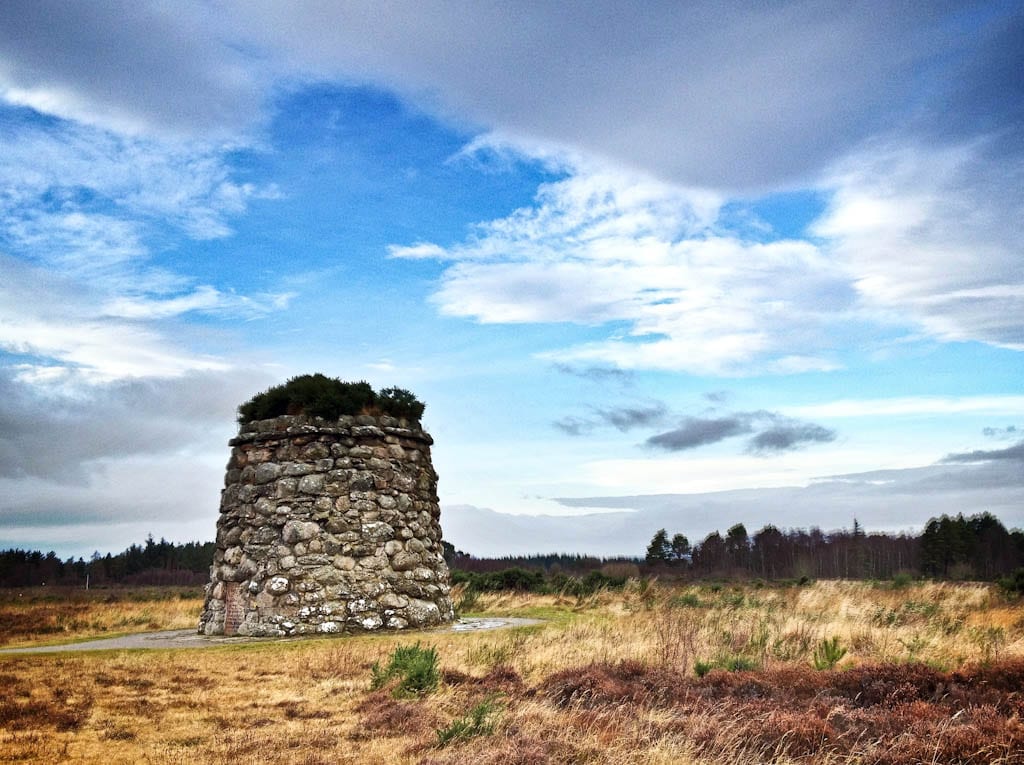 The destination that moved me the most was Culloden Battlefield, just outside Inverness.  In 1746, the final battle of the Jacobite Uprising took place here.  Between 1,500 and 2,000 Highlanders were killed by the English, far fewer of whom were killed.

This may have been the final battle, but it was the beginning of a cultural genocide.  The English sought to eliminate all Scottish traditions, from language to culture to dress, and assimilate them into Great Britain.

Men, women, and children were killed here and assigned to mass graves by what they were wearing. 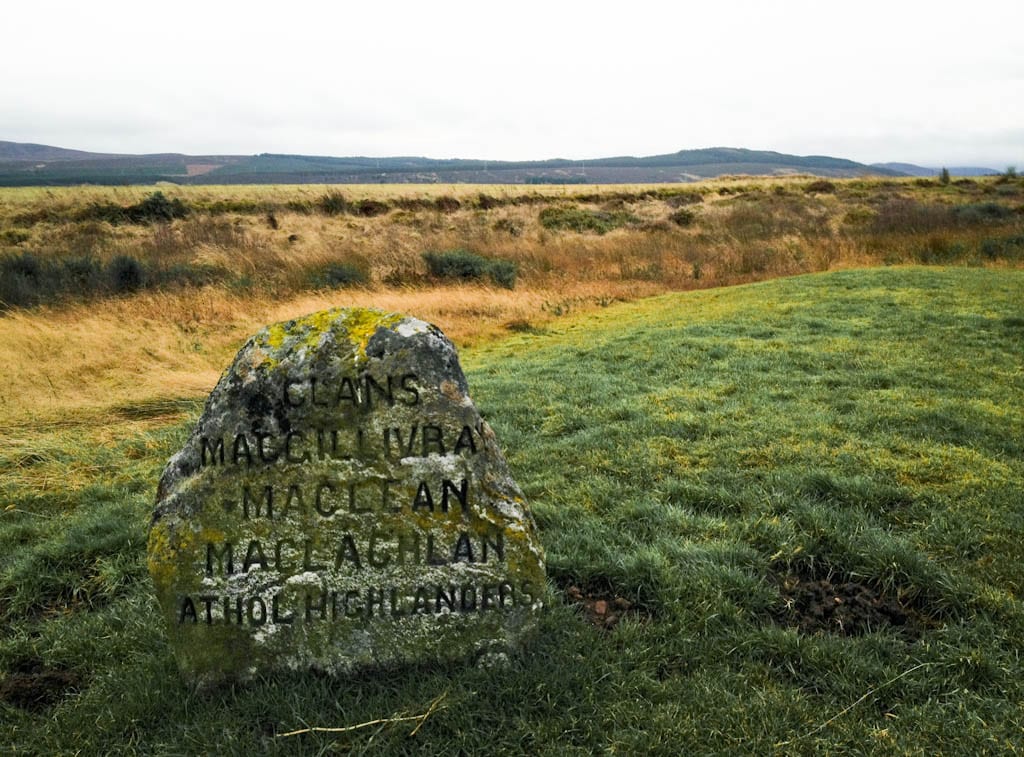 The battle was very short.  It took an hour, and they were gone.

It was hard enough to live to adulthood in the Highlands.  The people on Culloden that day were survivors. And yet their lives were extinguished in the blink of an eye.

Many MacLeans died here, as did MacDonalds.  I wonder how many of my relatives took their last breaths on this field.  I wonder how terrified they were. 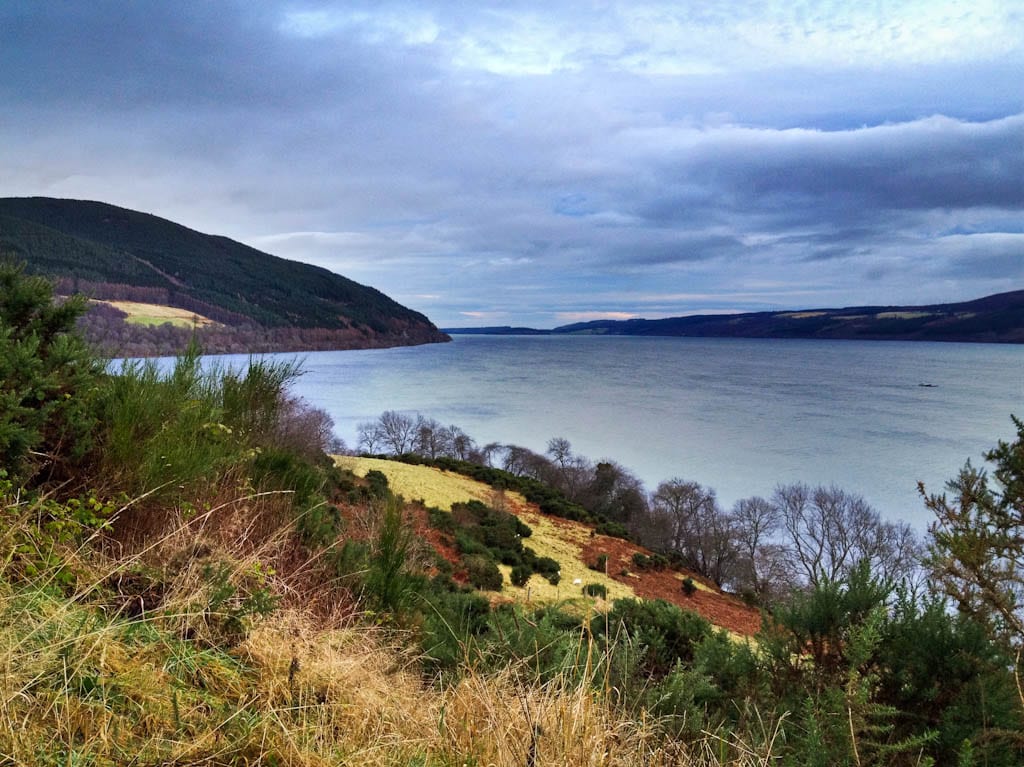 The Dark Side of Scotland

I know this is a very negative post — far more so than usual.  But the Highlands were one of the most thought-provoking places I’ve visited in a very long time, with or without the family connection.

Come to the Scottish Highlands for the beauty.  Come for the outstanding pictures you’ll take.  But take the time to learn about this region’s dark and difficult history, too.

Essential Info: Our trip to the Highlands was Haggis Adventures‘ three-day Skye High tour. Rates start at £119 ($192) for adults and £115 ($185) for students and include guides and transport but not accommodation or food.

This campaign is brought to you by Edinburgh’s Hogmanay and is sponsored by Visit Scotland, ETAG, Edinburgh Festivals, Haggis Adventures and Skyscanner. The campaign bloggers were sourced and managed by iambassador.  All opinions, as always, are my own.

52 thoughts on “The Dark Side of the Scottish Highlands”