When you’re the top party destination in Southeast Asia, you attract a lot of people. Specifically, young and very hot twenty-somethings.

After leaving Vang Vieng, I realized, with laughter, that most of my pictures were of me with various hot guys from around the world.

With no further ado…here are the hottest guys in Vang Vieng! 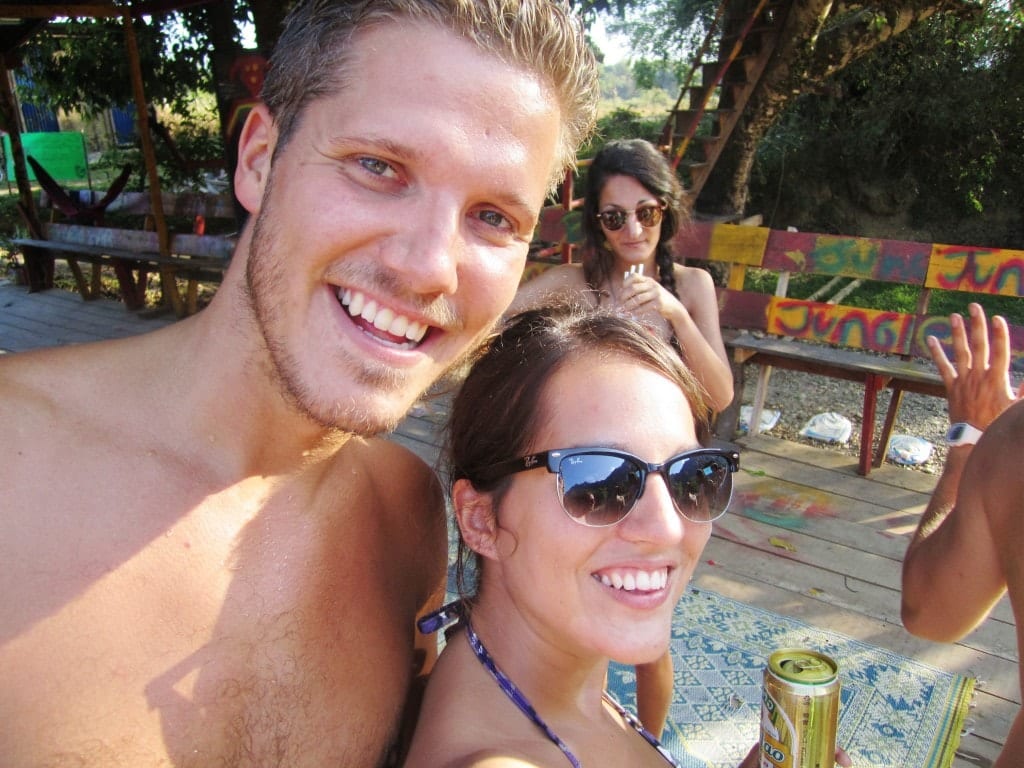 On my first day, I was floating in the river and screamed when I was hit with a flying plastic bottle.

It came from this hot Danish guy, and he hauled me into Jungle Bar.

He later told me that he asked the Lao guys if he could throw the bottle at me and bring me in.  Just me.

Some things about boys never change.  Couldn’t this have happened to all of us in middle school? 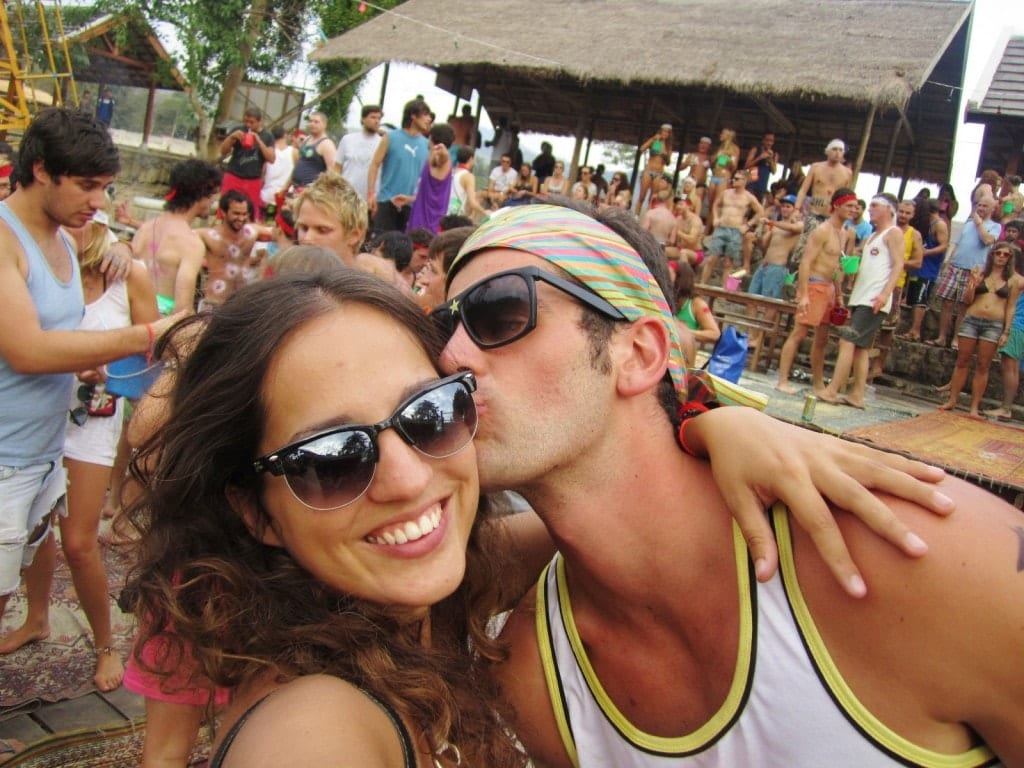 Colonol Vuvuzela, as my friend Chris and I called him, aka Hot South African Guy, was one of my favorites.  His nickname came from the instrument, which he brought to the river every day.

Not only was it a horn to announce his arrival wherever he went, it also served as a beer bong for everybody on the river. 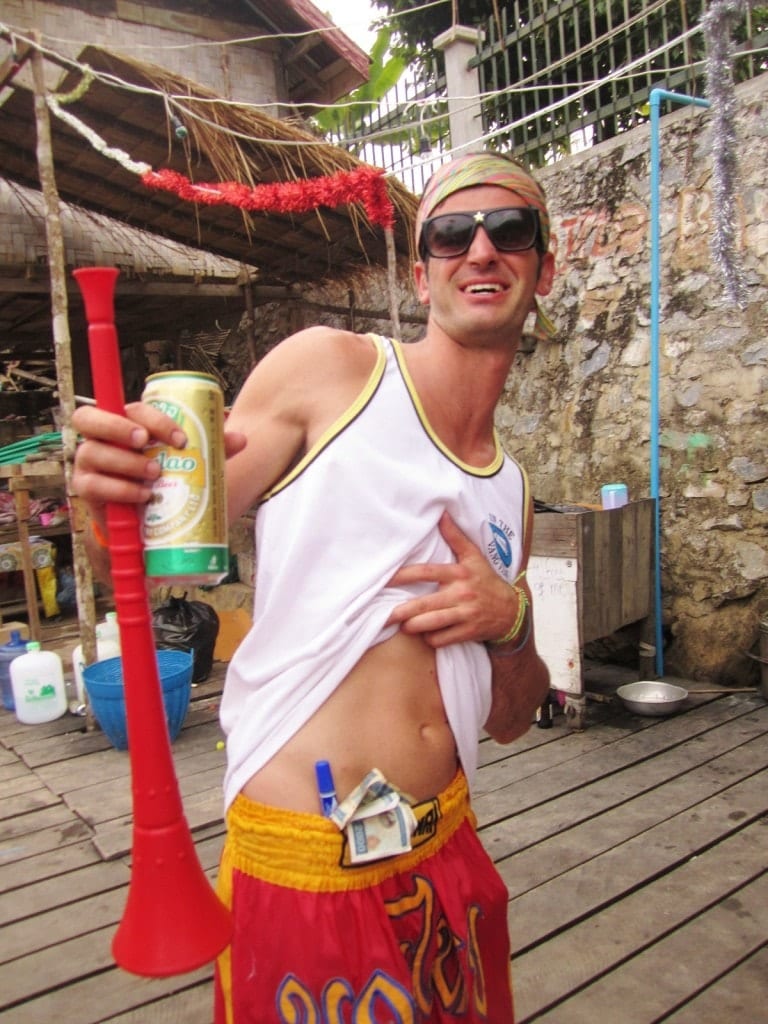 Love how he kept his money.  Everyone should accept tips into their Muay Thai shorts! 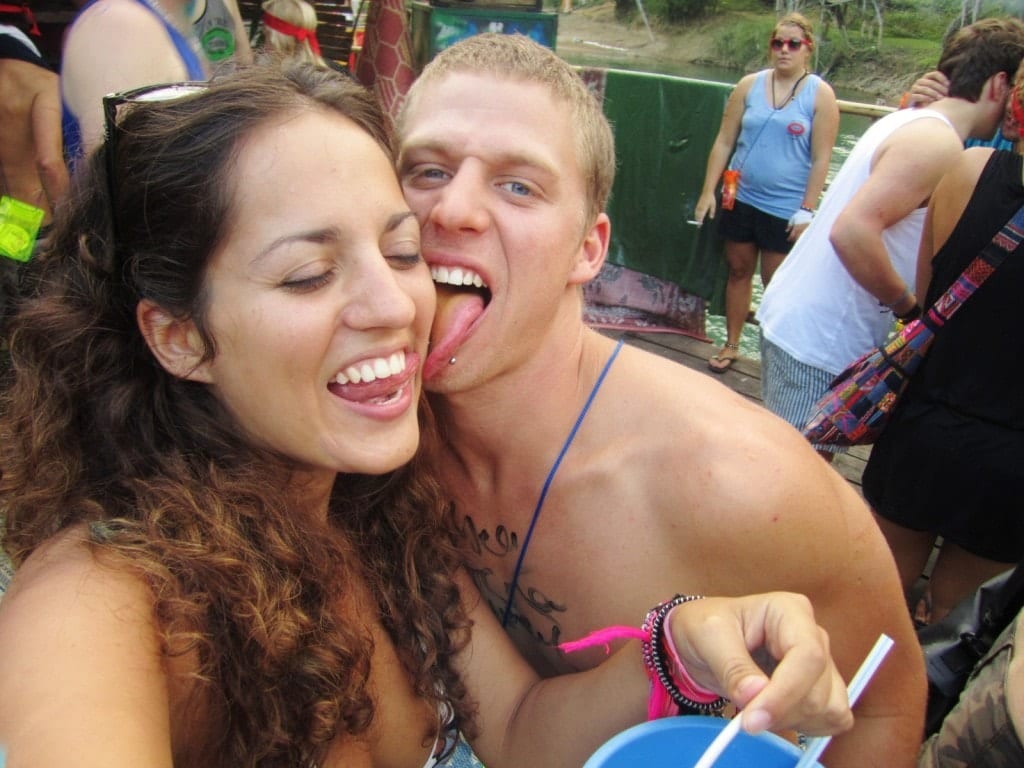 Hot Aussie guy represented all that his country has to offer — hot guys who love to party, love their beer, and are incredibly adept at making fun of you.

Plus, he had a tongue ring. 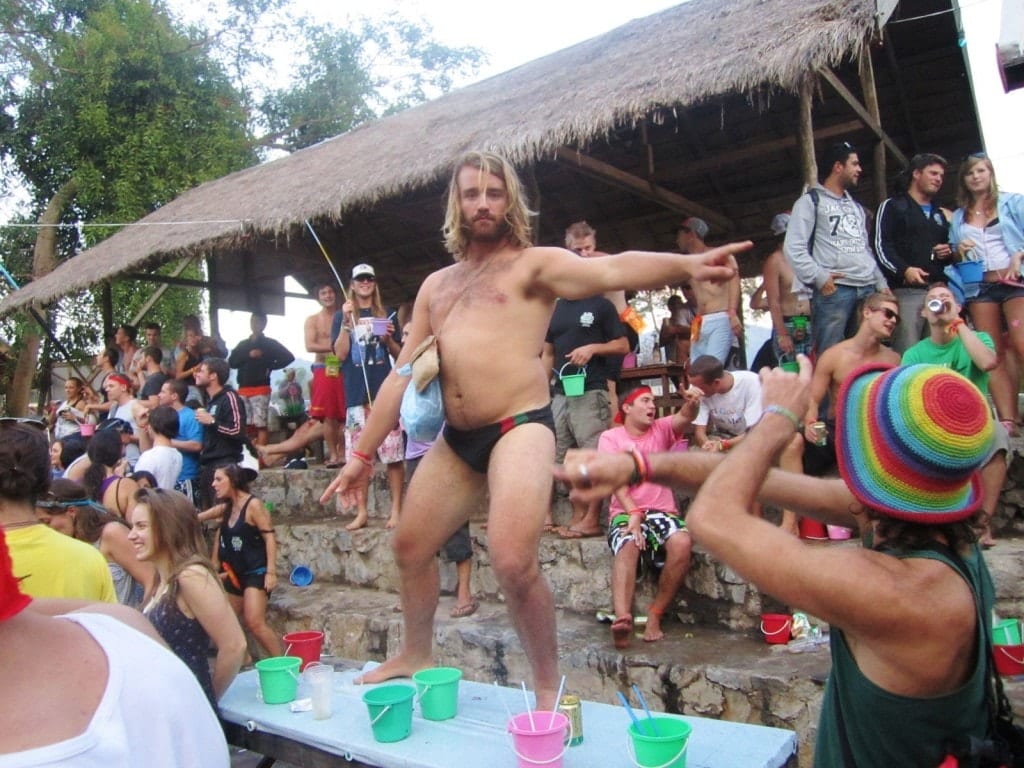 …No idea how this guy got in here. 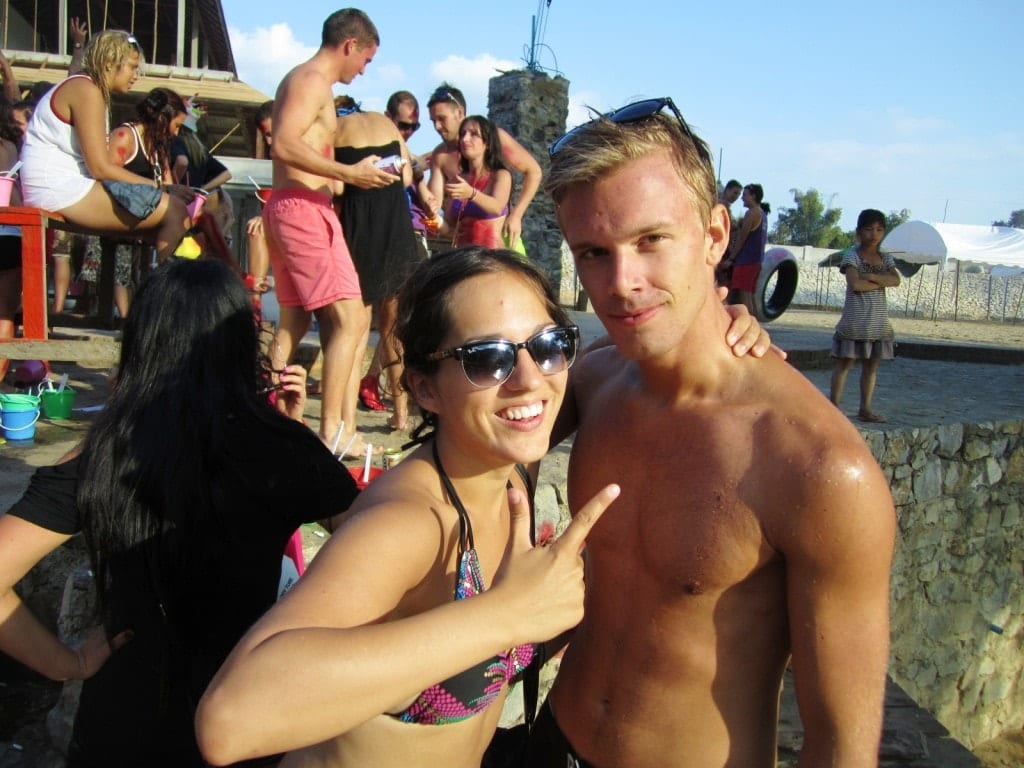 This hot Swedish guy had “Birthday Boy” written across his back.  I snuck up behind him, gave him a kiss on the cheek, and wished him a happy birthday.

What a cutie, though. 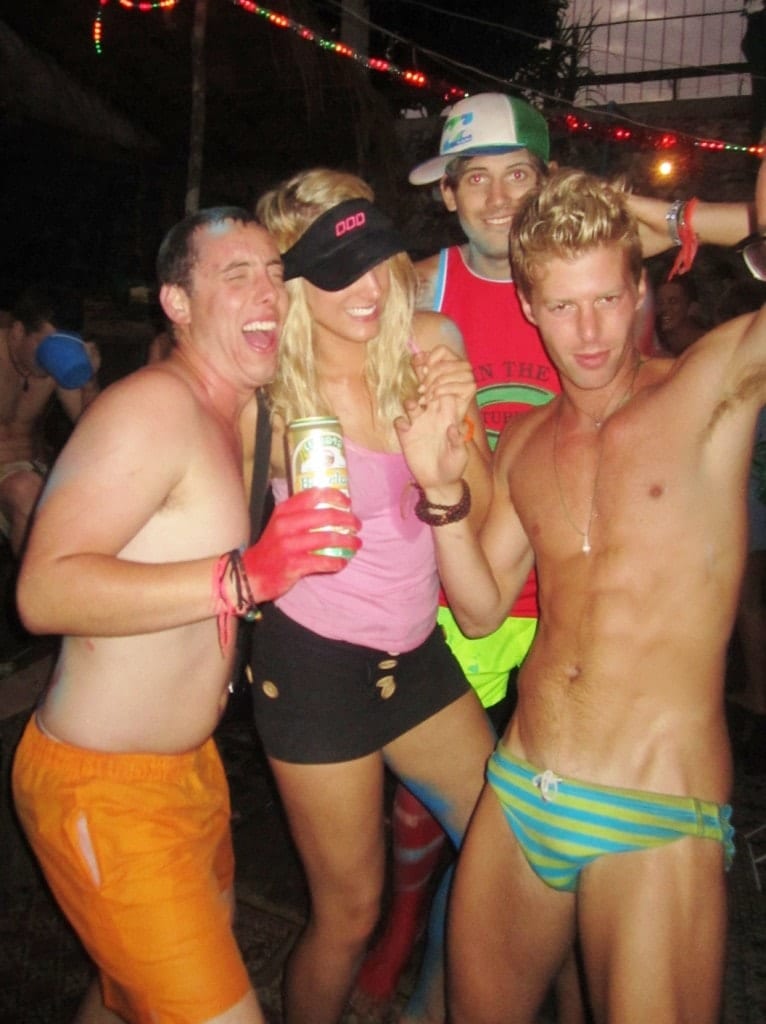 Now, THAT is how you rock a Speedo without irony!  It helps when your abs can cut glass.  YUM. 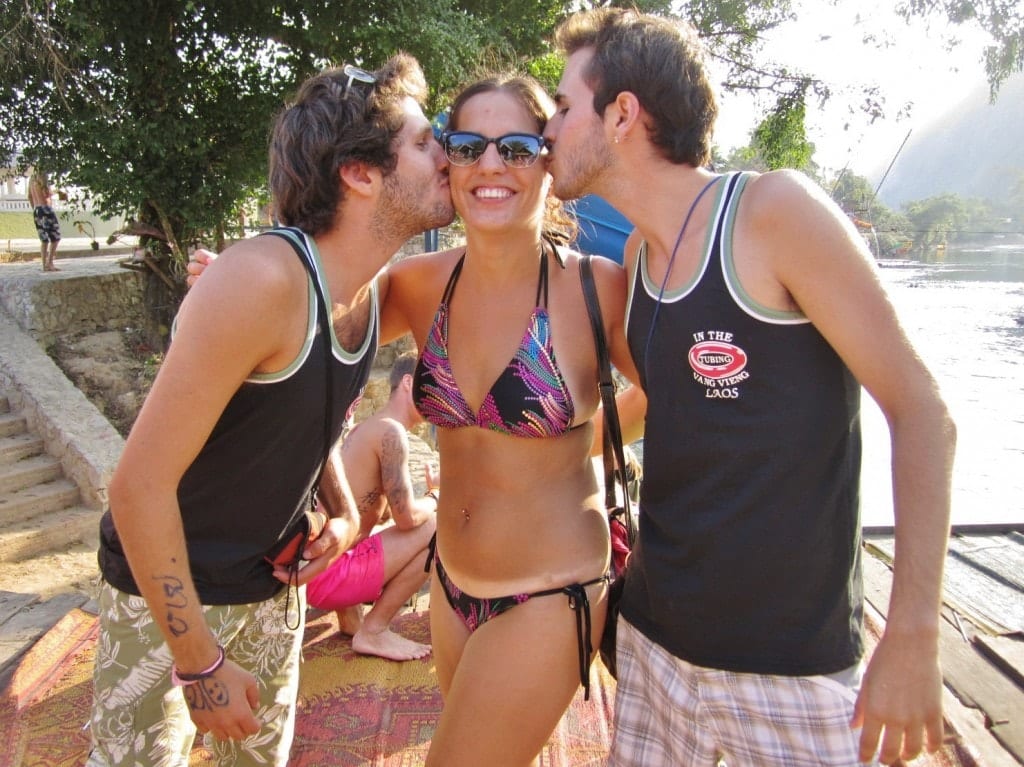 And just when it can’t possibly get better…twins*.  Hot Israeli twins. (And believe it or not, they chose the above pose, not me!)

They spoke just barely enough English to make everything they said sound hilarious – “Kate!  We can sleep like spoons!”

*Not really twins, but they might as well have been.

So if you really like attractive people, get yourself to Vang Vieng.  The hottness is overwhelming!

24 thoughts on “The Hottest Men in Vang Vieng”