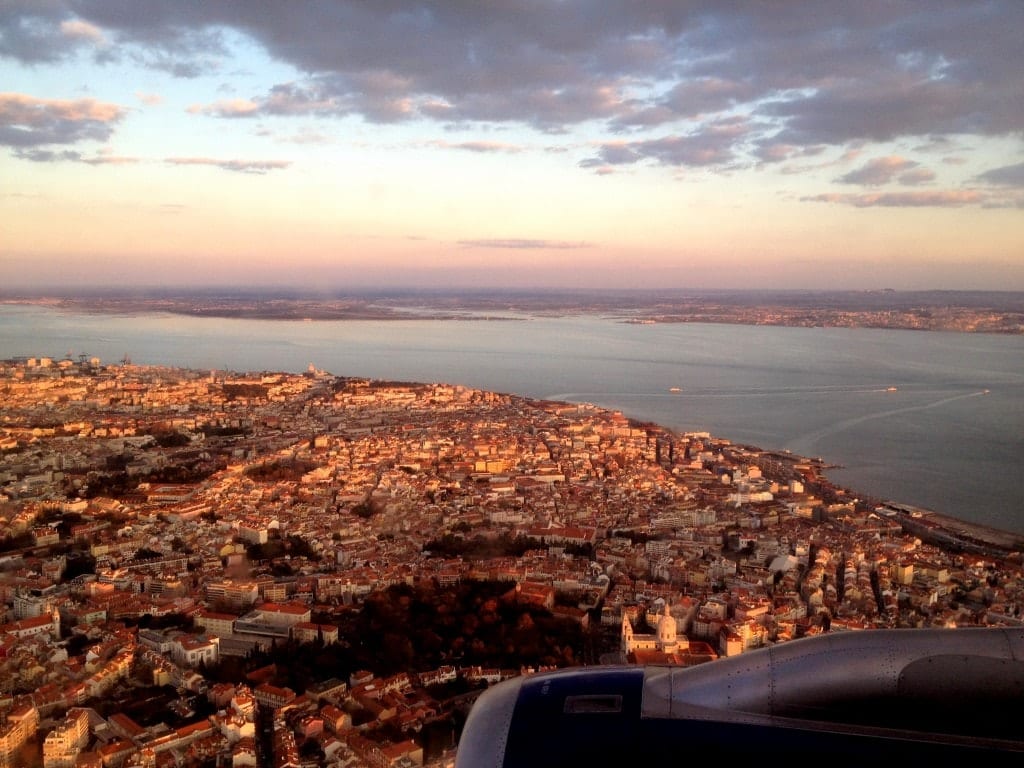 When I arrived in Lisbon, two things struck me immediately: how beautiful the city was, and how insanely hilly the city was.  Like as hilly as San Francisco, only with cobblestones.

The more I got to know Lisbon, the more comparisons I drew between Lisbon and San Francisco.  It was hilly, of course, but it was also more temperate than the surrounding region, and had a burgeoning, hip underground scene.  Hipster city.

One big difference: while San Francisco is foggy and cool, Lisbon is pure sunshine. 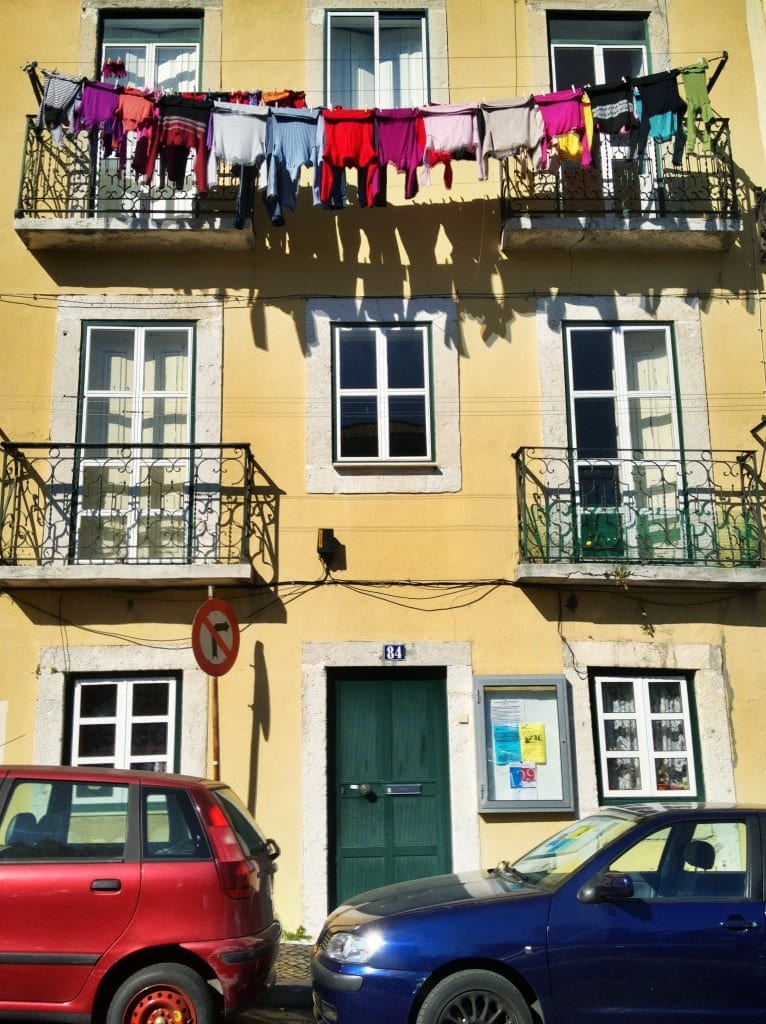 That night, I met a guy at the hostel from San Francisco who now lives in Lisbon.  I told him my observations and asked him what he thought.

He brought forth the most creative analogy I’ve heard in a long time:

“Lisbon and San Francisco are two twin brothers separated at birth and sent to different orphanages.  San Francisco is adopted immediately, does well in school, stays out of trouble, goes to an Ivy League college, and becomes a huge success.

“Lisbon is a problem child, and ages out of the orphanage at 18, turning to crime.  But eventually he decides it’s enough and gets to the point of owning, like, a tortilla stand.  Which is great for him, considering how far he’s come, but still, it’s just a tortilla stand.” 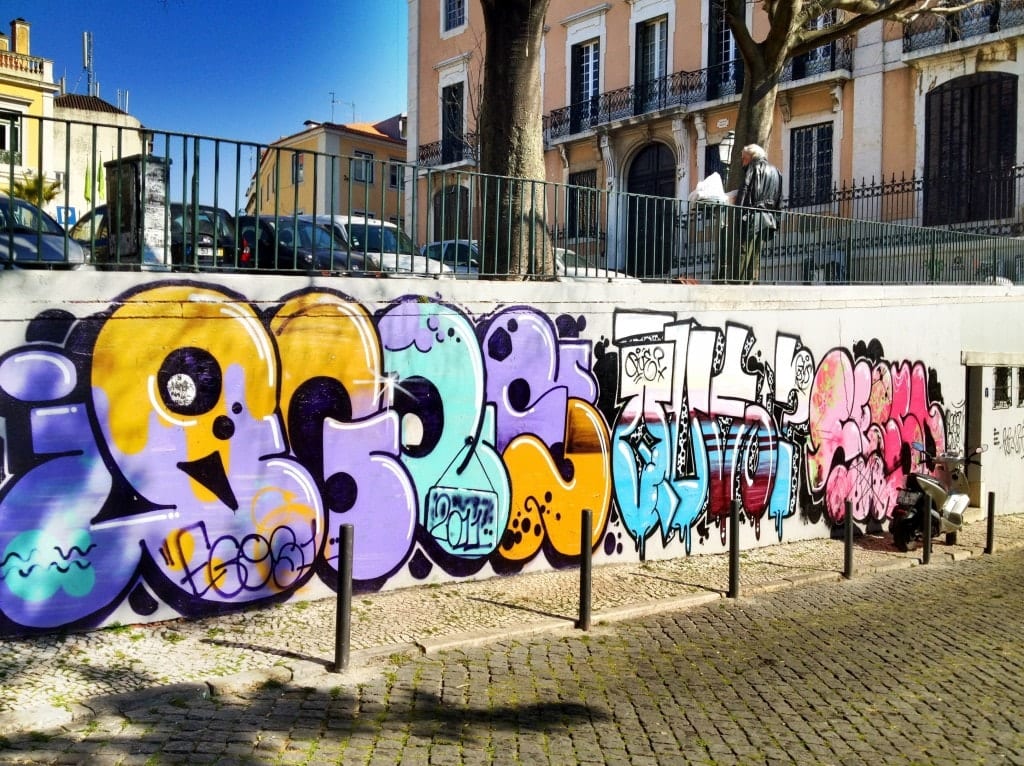 From the moment I left the airport parking lot, I noticed that there was graffiti all over the city.  But while the graffiti was subversive, it wasn’t malicious.  The graffiti, for the most part, adds to the city’s beauty.

It’s even on the famous trams. 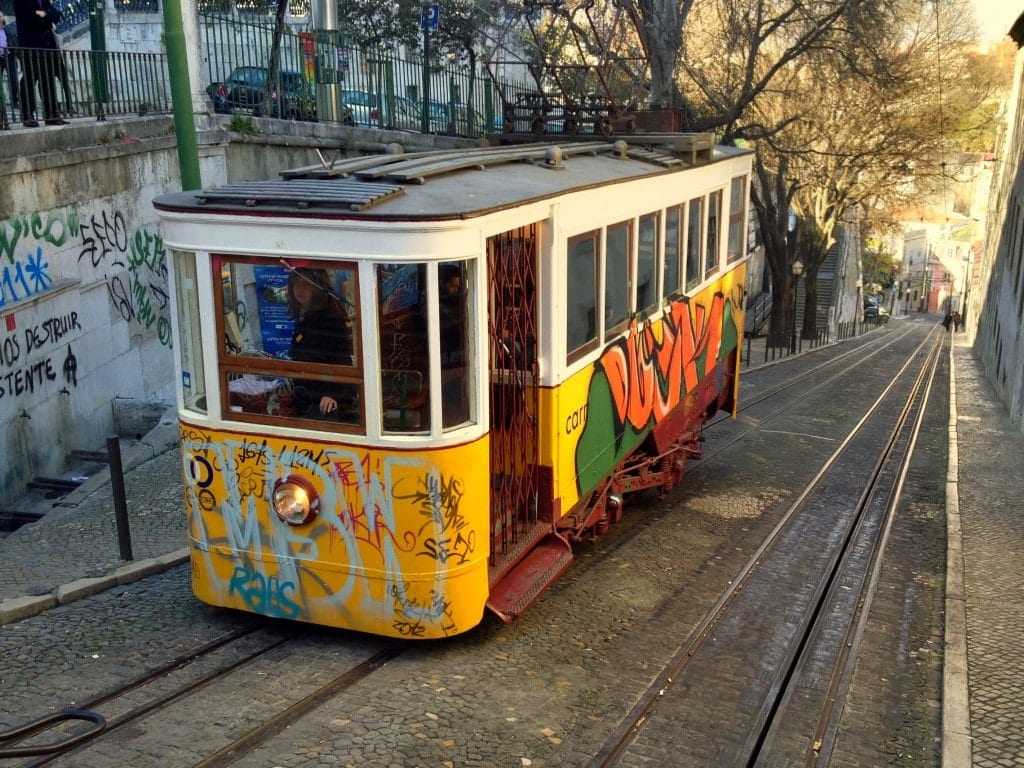 The neighborhoods are distinctive and diverse.  Most famous is the Alfama, the old quarter, where people live in tiny, winding streets.

The views from the top are pretty impressive, too: 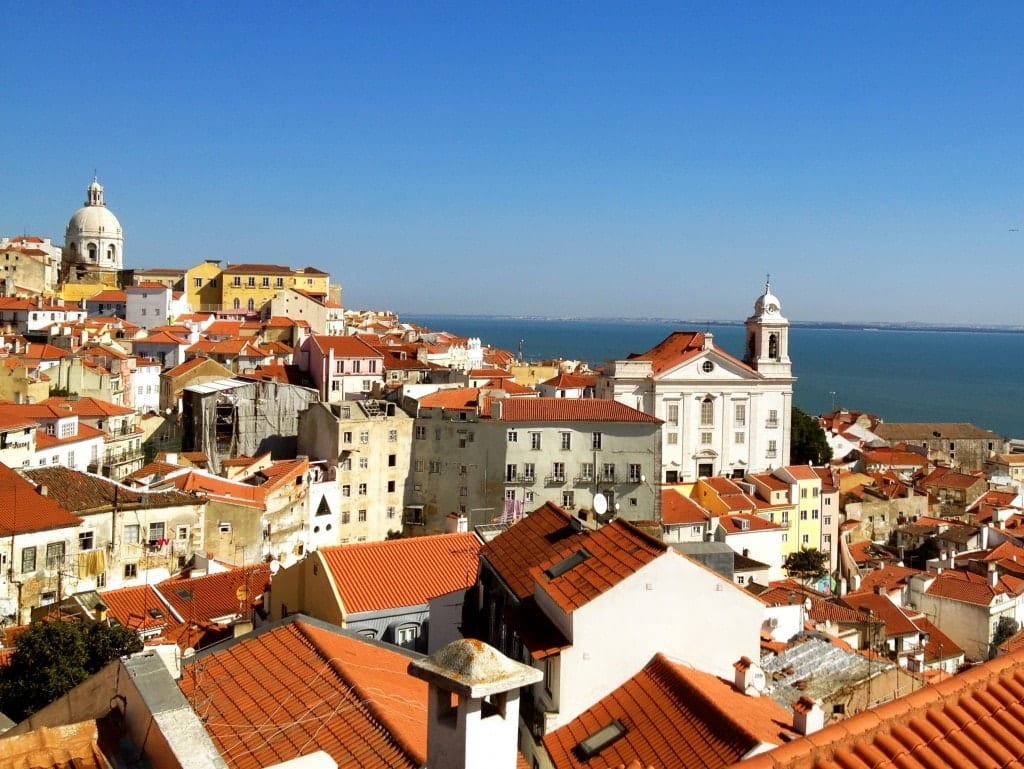 After much deliberation, I chose Principe Real to be my neighborhood when I return to Lisbon for a week on Wednesday.  Principe Real is the new hip neighborhood, with lots of cool boutiques and cafes, and while it’s close to the crazy nightlife of Bairro Alto, it’s quiet and there are lots of parks. 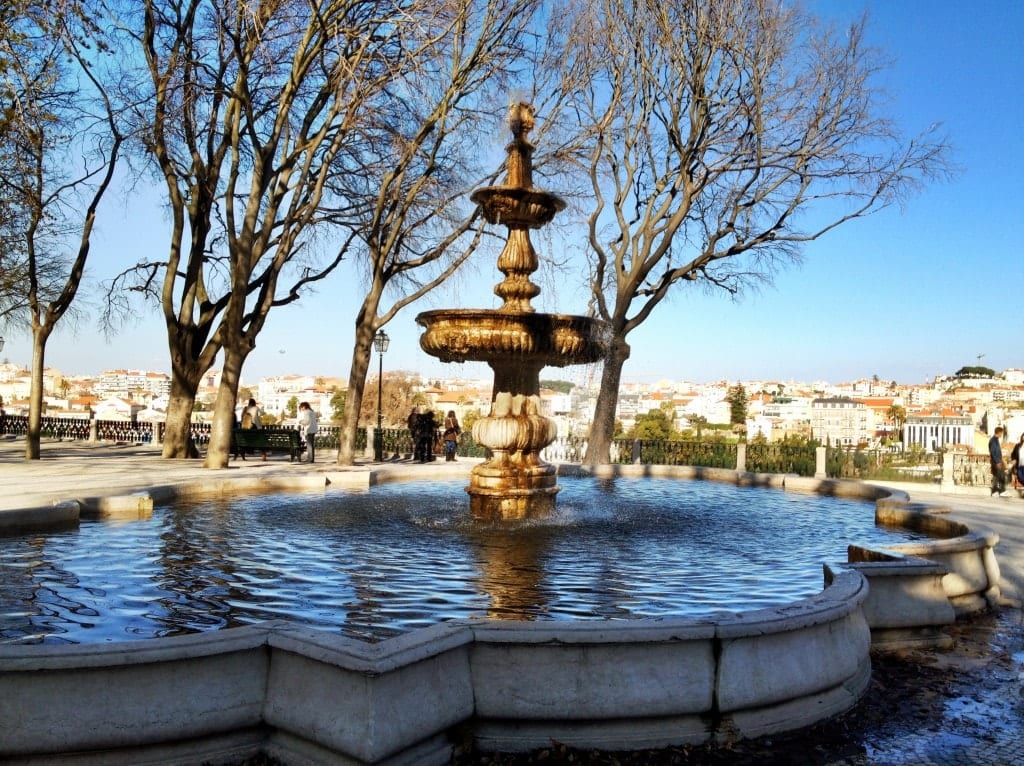 And speaking of that Bairro Alto nightlife — I checked it out, and it is INSANE.  Even more insane than I thought it would be.

Picture hundreds if not thousands of people standing in the streets with their drinks — open container laws be damned.  There are dozens of bars and a glass of sangria costs ONE EURO.  A giant Solo cup full of sangria costs only two Euros.

It was like Vegas — but unlike Vegas, you could actually take your drink into a new bar! 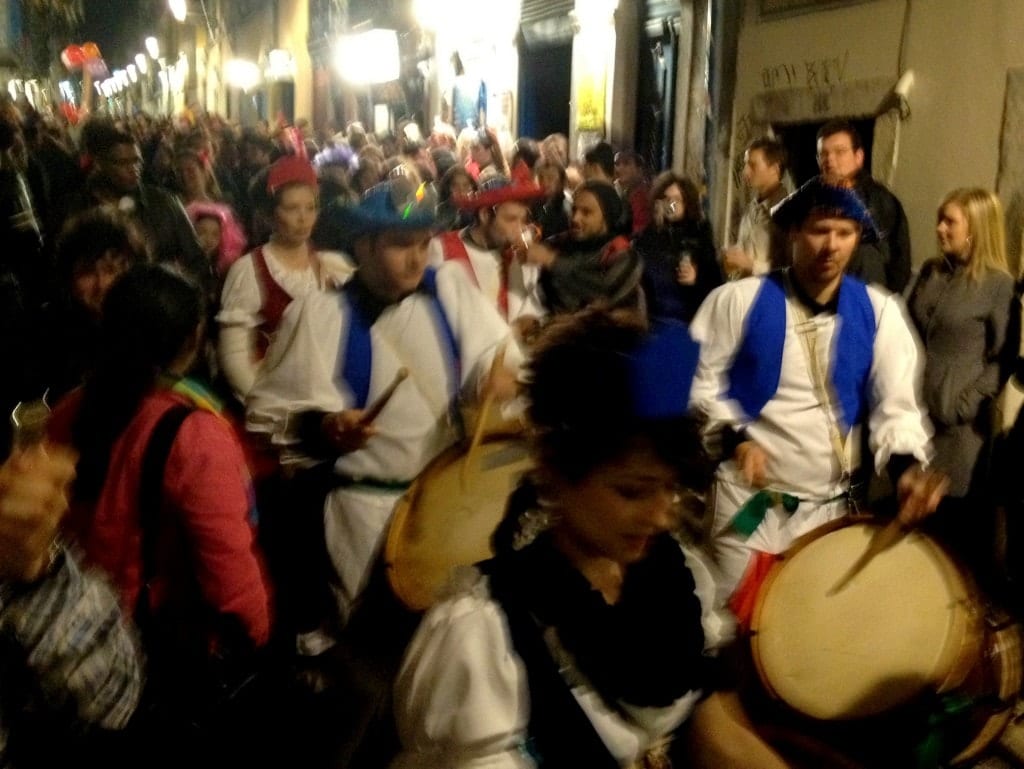 And the next morning? 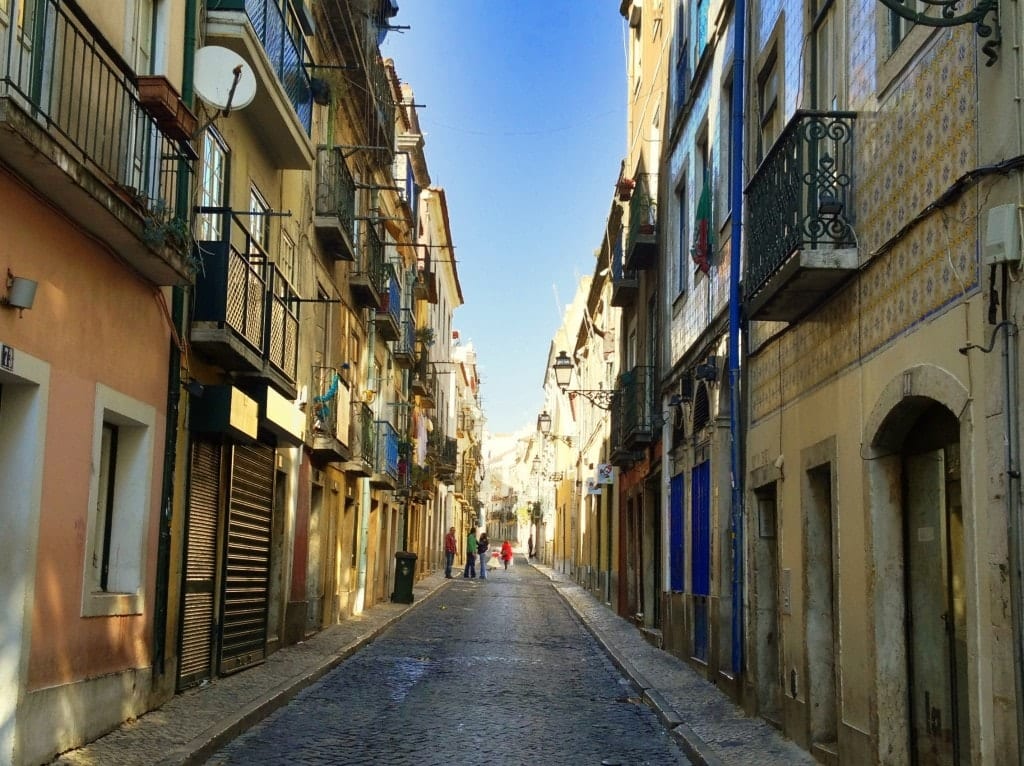 It was as if no one had ever been there.

I’m so excited to be spending a full week in Lisbon.  This city is as fascinating as it is beautiful, and I can’t wait to show you more of it!