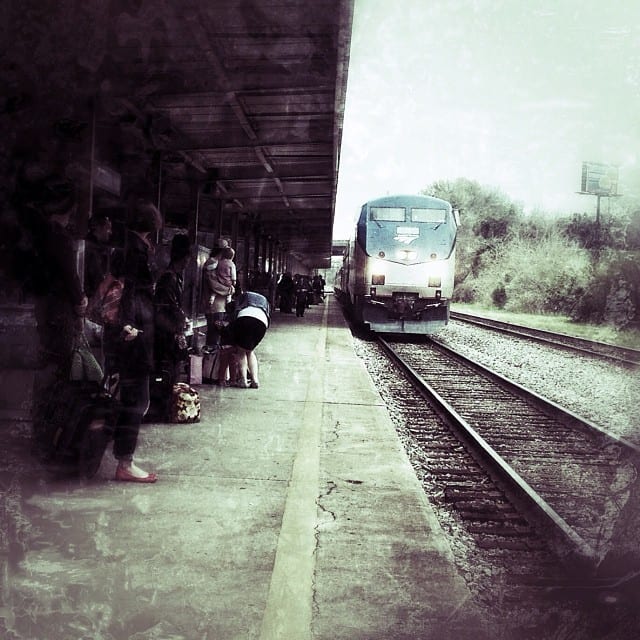 I often get asked what other countries have that the U.S. doesn’t. My answer is always the same: a more comprehensive train system.

From the sleek bullet trains of Japan to the impossibly comfortable cars on Austria’s first-class cars to the ultimate luxury journey on rails, the Blue Train in South Africa, some of my most memorable travel experiences have taken place on trains, and watching the countryside roll by from the comfort of my seat is one of my favorite ways to relax while traveling.

Now, what does that have to do with America?

The United States is the single most car-oriented country that I’ve ever been to. In my Massachusetts hometown, one of my friends was an oddball because she didn’t get her license as soon as possible and instead waited until the end of senior year at age 18. By contrast, most of my British friends got their licenses in their twenties and some of them still don’t have a license at all!

As a result, long-distance train travel isn’t nearly as common in America as it is in other regions of the world. In a country where it’s challenging to get by without a car unless you spend most of your time in cities, the train system isn’t as modern and comprehensive as in, say, Italy, where you can get from Milan to Naples, a distance of 480 miles, in just over four hours on the high-speed train.

By contrast, Savannah to Richmond is a slightly shorter distance, 466 miles, and takes more than 10 hours.

Additionally, I’ve found that while train travel is almost universally more expensive than bus travel around the world, trains in the U.S. tend to be disproportionately expensive, and there is an enormous gap between the cost of a bus and a train, due in part to the ubiquity of low-cost bus routes.

So American train travel has its challenges. But that doesn’t mean traveling by train in the U.S. isn’t worth it. 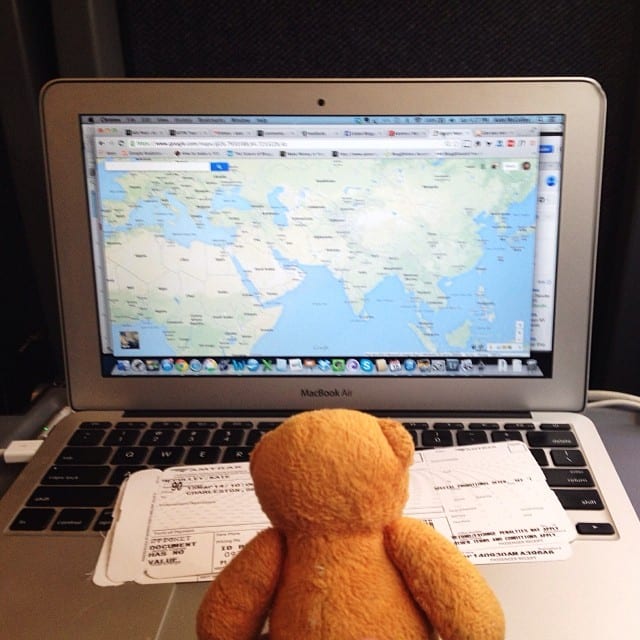 Traveling the U.S. by Amtrak

“Let the train take the strain.” This was a slogan in Britain back in the day, and I love it because it represents how I feel about train travel.

Taking the train is about letting go. I think there’s an ease to train travel that isn’t there on plans and definitely isn’t there on buses or in cars. It’s smooth, it’s free, and the route is set.

That’s a huge contrast to a road trip, where you’re paying attention to your driving, making sure your gas doesn’t run out, staying alert in rainstorms, and trying to reach destinations while you can still photograph them before the sun goes down. (Not to mention keeping the peace in an enclosed space with your partner for several hours each day!)

And so this train trip was the perfect coda to my road trip from New Orleans to Charleston. Months before, Amtrak had contacted me and offered me a complimentary long-distance train journey; the timing was perfect, and I chose the Amtrak Palmetto train from Charleston to Washington, DC, a ten-hour journey through the Carolinas and Virginia. This is actually just a small portion of the route — the Palmetto in its entirety runs from Savannah to New York City via Charleston, Richmond, DC, Baltimore, Wilmington, and Philadelphia.

The road trip was about control.

The train was about ceding it.

There was nothing to do but sit back and watch the world go by, maybe read for a bit, and catch up on work. Something surprisingly rare. 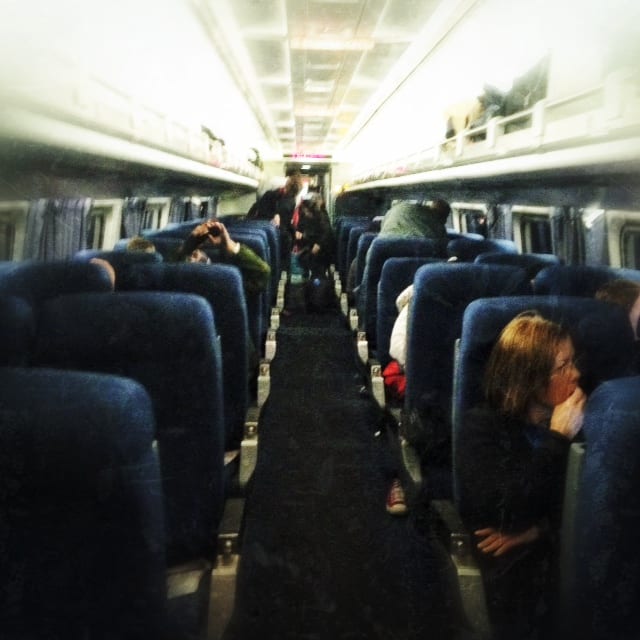 I was in the business class car. The main benefits of business class on Amtrak are larger, nicer seats with more leg room, more storage, fold-down trays and electrical outlets. (In other words, if you’re going to work or write on the train, business is where you want to be.)

That said, business class on Amtrak is nothing to write home about — I’d compare it to economy class in most European countries. It’s slightly larger with slightly better seats and plugs. There was no wifi, and the car looked old. (In the past, I’ve traveled on the Acela, a “superior class” train running  from Boston to DC, and THAT train is on par with first class in Europe.)

While train travel in the U.S. can be expensive, you can find the Charleston-DC journey for under $100 if you book at least a few weeks in advance. Last-minute bookings can cost more than $200. Business class cost each of us an extra $48 each.

It can be expensive flying from a city like Charleston that isn’t a major hub. Fortunately, traveling by train doesn’t add on premium fees for destinations like these, and for that reason, taking the train can work out to be cheaper than flying. The experience, of course, is infinitely better than flying!

I really wonder whether we’ll be seeing major expansions to Amtrak in the future. It’s something that every politician seems to prioritize while campaigning but it seems to fade away as soon as they take office. I would so love to see long-distance train travel become more common in America and have an improved and more comprehensive route network, but I really have no idea if it we’ll be seeing major changes even within the next decade.

Many thanks to Amtrak for providing me with two tickets on the Palmetto from Charleston to DC. I paid for the upgrade to business class. All opinions, as always, are my own.

Have you traveled by train in America? What do you think of it?

68 thoughts on “Thoughts on Train Travel in America”