This week’s #FriFotos theme is CHOCOLATE!  I had a blast looking through my old pictures and finding my favorite photos of chocolate around the world, from Austria to Italy to Massachusetts.

You may notice a significant absence — Southeast Asia.  Chocolate isn’t much of an attraction there, and most of my chocolate intake there was in the form of a bar clandestinely purchased at 7-Eleven.

Behold — some chocolate pictures that will make your mouth water!

I was delighted by the grapes, chocolate and cocoa powder outlines of utensils at the Duomo Hotel in Rimini, Italy.  One of my favorite hotel welcomes! 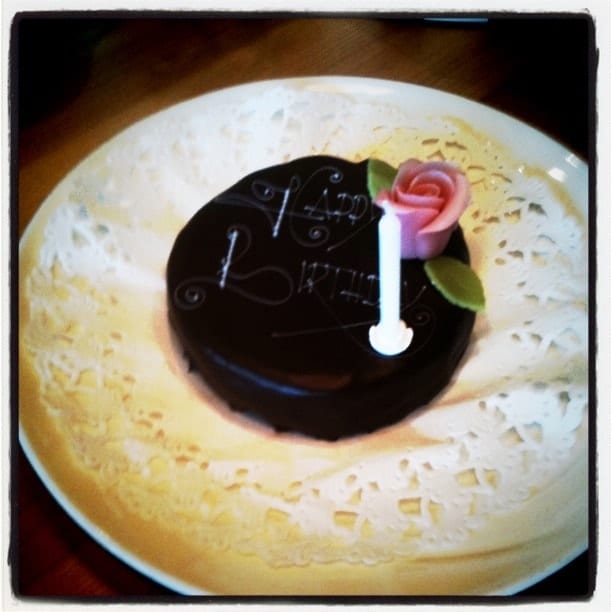 This chocolate cake was a belated birthday surprise at the Interalpen Hotel-Tyrol, in Seefeld, Austria, sent by my sister!

THE WORLD’S LARGEST CHOCOLATE FOUNTAIN!  It’s at the Bellagio in Las Vegas.

Chocolate tiffin — made with biscuits (eek, I said it!), shortbread, raisins, and tons of melted chocolate.  It’s one of my favorite culinary discoveries in England.

My friend Mike LOVES Volkswagens — he even has a Volkswagen tattoo! — so for his birthday in Chester, England, he got chocolate Volkswagen cupcakes! 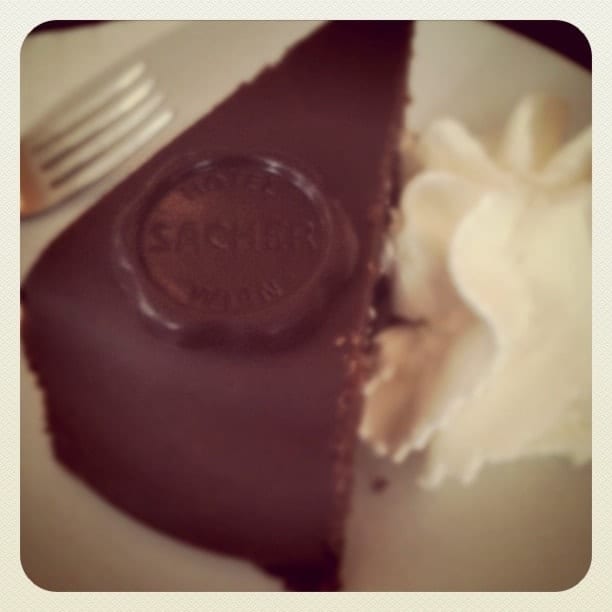 A must in Vienna — the Sacher Torte.  It’s chocolate cake layered with apricot jam — it sounds like an odd combination, but it’s absolutely delicious!

Fudge!  At the Fudgery in Rockport, Massachusetts, the smallest size of fudge they sell lasts me about a week and a half.  It’s that rich.

And finally, one of the most unusual and perfect chocolate desserts I’ve had: raw vegan chocolate mousse made with avocado, at Haramara Retreat in Sayulita, Mexico, with Nourish Retreats.

That’s the end of the chocolate photos for now — but I’m sure they will continue here in Spain!  I hear that Barcelona is the place for trendiness in Spain, and if anyone has good Spanish chocolate, it’s them.  For apartment rentals in Barcelona, click here for the best deals.

Which item do you want to eat the most?