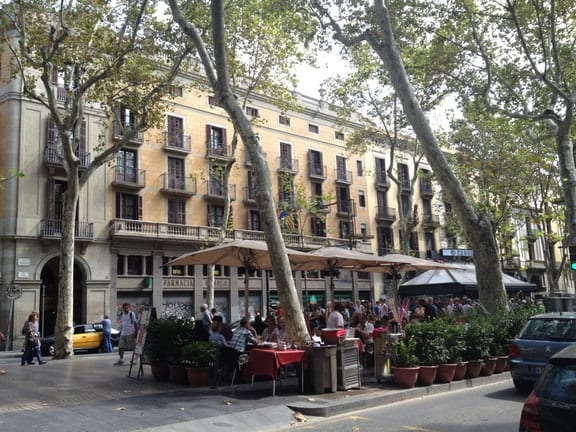 This past March, I visited Barcelona for the first time.  As you may recall, I was massively underwhelmed, finding the city dirty, crowded, and expensive compared to the rest of Spain, and even the lovely architecture couldn’t lift my spirits.

This September, I had a day and a half to spend in Barcelona between TBU and the Bloghouse.  So, did my opinion on Barcelona change the second time around?

As much as I went in with an open mind, Barcelona in the late summer wasn’t that different from Barcelona in the early spring — only that the streets were much more crowded and the city seemed to be controlled all the more by tourists.  In addition to that, the weather shifted between cloudy and rainy for most of the time, and since we were there on a Sunday, many attractions, including the market, were closed.

That said, Barcelona seemed much more beautiful this time around.  Particularly for the few minutes when the sun came out and the entire street was enveloped in light.

So what did we do to enjoy Barcelona this time around?  We ate a LOT of ham. 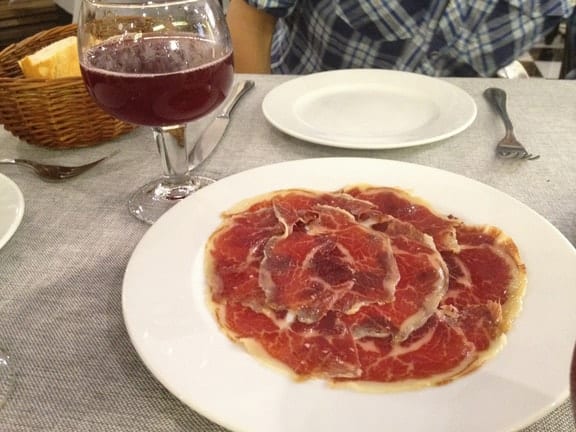 My friends Dylan, Emma and I started our day with lunch (our day started with lunch?  Yes!  It’s Spain!  Everything starts late!) at a nearby restaurant.  We ordered a big plate of jamon iberico along with our tinto de veranos and it was so good, the nutty flat marbled into every slice, that it turned the rest of the day into a happy blur.

Next up?  The Erotica Museum.  It’s right in the center of Las Ramblas and we had always joked while passing it.  Why not actually go in? 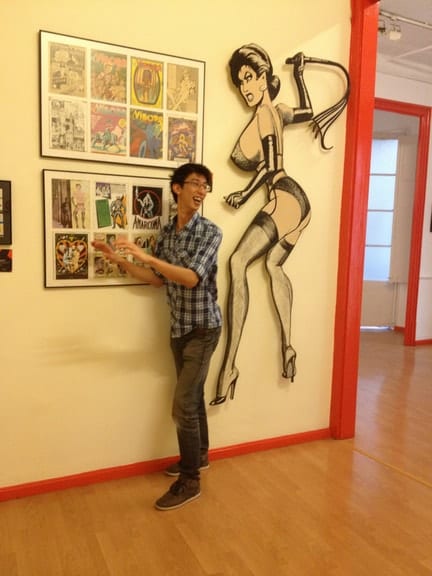 (This is probably the only picture from the visit that I can post here.)

An added bonus?  Step out onto the balcony and the tourists on Las Ramblas start pointing at you and laughing.  “Look at them!  They’re actually in that museum!”

To finish off our day?  Even more ham.  If you turn left when walking out of the museum and take the first street on your left, you’ll find a lovely store that sells jamon iberico in all forms — including in a cone. 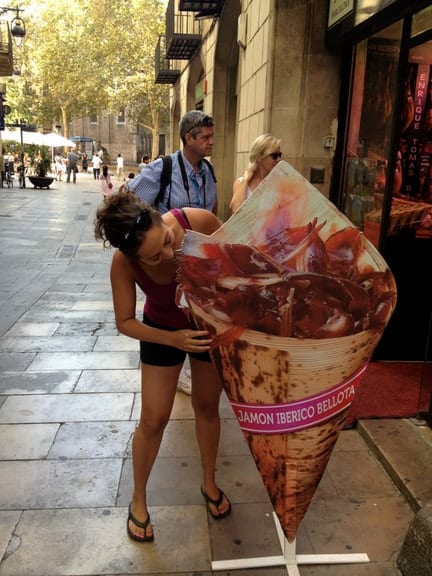 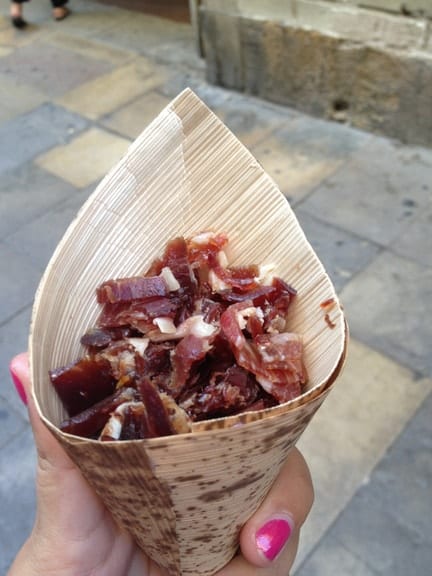 HAM IN A CONE!

For five euros, you got a lovely cone of delicious jamon.  Anyone who says that there aren’t enough meats in a cone in the world needs to come spend time in Spain. 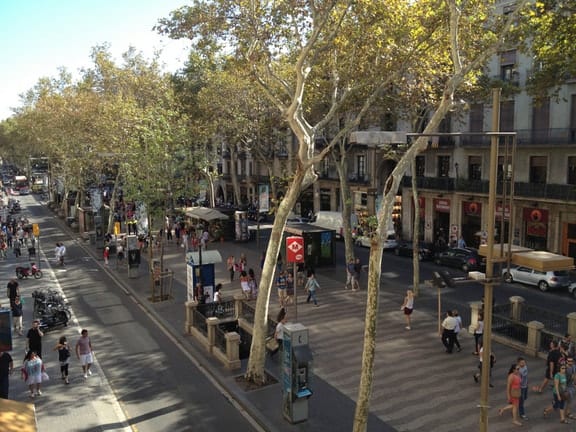 And as we walked through the gorgeous Gothic Quarter through my ham-filled haze, I realized that I felt much more comfortable in Barcelona this time around.  Between booking a nice Barcelona hotel and having two great friends with me, I didn’t feel the need to walk around hunched over my purse the whole time, fending off any would-be robbers.

My Barcelona takeaway this time around?  It still may not be one of my favorite cities — but I had a great time there.  After all this time, I just might be warming to the most popular city in Spain!

Where to Stay in Barcelona

26 thoughts on “Barcelona and Me: The Complicated Relationship Continues”