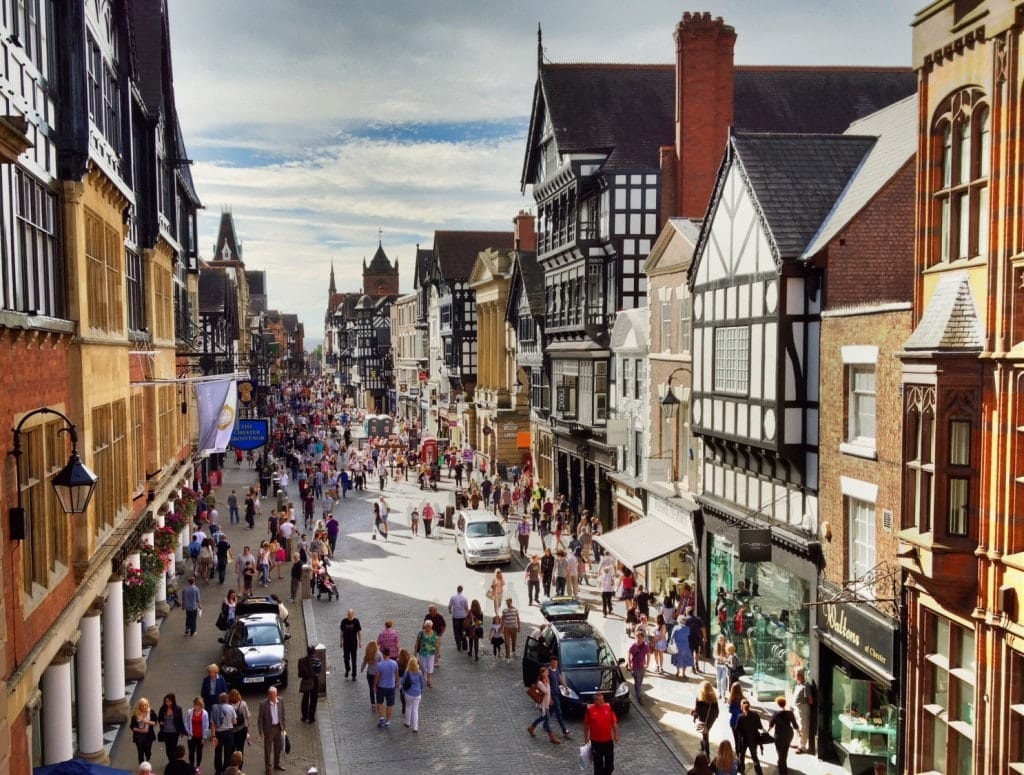 In most cases, when a popular blogger ends a relationship, he or she can do so discreetly, perhaps without even mentioning it publicly.

I can’t do that here.  Dave has been a major presence on this blog for the past year and a half, as I met him in Hanoi, Vietnam; as I moved in with him in England a year ago; as I continued adventures with him through eight countries.  I can’t simply stop mentioning him on here.  It needs an explanation.

Dave and I have ended our relationship respectfully and amicably.

The simple answer is one that many people called long ago: we have vastly different lifestyles and want vastly different things.  I want to keep traveling the world and growing my brand.  He’s happy staying in Chester.

With being able to apply for a partner visa as early as this coming winter, the reality of it began to set in.  Once I had that visa, I would no longer have an excuse to travel all the time.  Dave would want me to stay behind more.  I would find myself growing resentful, something that would only increase over time.

Worst-case scenario?  I kept picturing myself divorced with kids and tied not only to the UK, but to Chester — forever.

I Couldn’t Fit In

I haven’t let on about it here, or much at all publicly, but it hasn’t been easy for me to assimilate to life in Chester.  I haven’t written about this because I’ve been embarrassed.  I take pride in being the kind of person who can adapt to any environment, and not being able to do that in a seemingly easy location frustrated me.

Chester is an absolutely beautiful town.  That’s the first thing that I always say whenever someone asks me about it.  I can see why so many people love living there.  But it’s the kind of small town where the only sushi place quickly went out of business because NOBODY ATE THERE.

I’m not a small town person — much less a small town England person.  And in England, there is a much different attitude in small towns in the north than you would get in London, for example.  It’s very insular, very limiting.

Let me be clear — I met some truly wonderful, kind people in Chester.  This is not a slam against anyone in Chester or elsewhere.  It’s just very difficult for me to relate to people who stay in the same town where they grew up without any desire to live anywhere else.

This is exactly what I longed to escape in Massachusetts.  As much as I loved living in dynamic, cultural Boston, I felt like living only 20 minutes away from home felt like cheating on my life goals — it wasn’t adventurous enough for me.

I thought I could do it.

I tried to genuinely enjoy living in Chester. 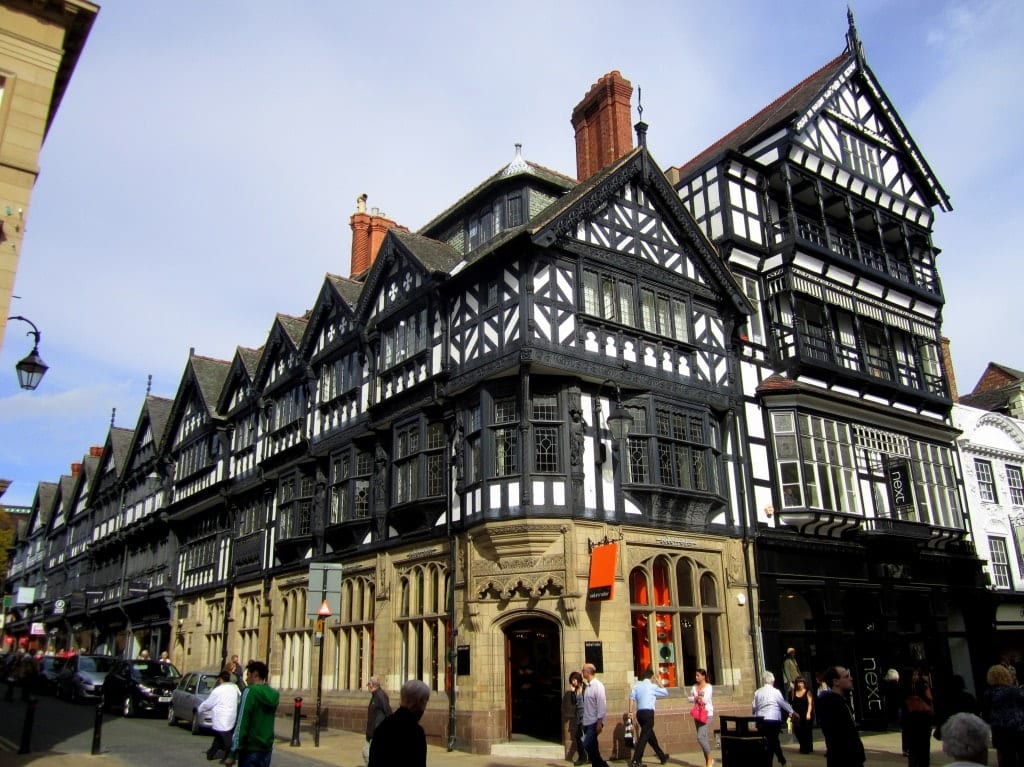 I am well aware that I didn’t make as much of an effort as I could have.  I could have reached out to more people, gone to more Zumba classes.  I chose instead to work constantly, isolating myself.  That was a poor decision.

Still, it’s incredibly tough to live in a small town as a foreigner — particularly when your boyfriend’s friends are the friends he’s had for two decades, and when he is so firmly entrenched into the local community that you feel like a perpetual outsider.

Especially when it comes to being American.  Believe me, I am happy to be ribbed as the token American — if you take yourself too seriously, you’re best off avoiding Britain altogether — but when you hear nothing but negativity about your country and people of your nationality for months on end, it takes a serious toll.  That has always been one of the most hurtful things to me about living in Chester.

Everywhere I went, I tried to downplay my Americanness just to escape that negativity.  I attempted to dampen down my accent.  I swiftly traded my Americanisms for British slang.  I tried to be quieter, more demure, to take up less figurative space.

And I would try to get Dave to say something, ANYTHING, positive about America or Americans.  He would always say that he loved how I was “the anti-American” — NOT anti-American as in being against America, but as in not being an American stereotype.  Dave has been to America several times, and he still couldn’t find anything positive to say about his girlfriend’s country.

That hurt me deeply.  It still hurts me.

Sure, there are loads of American stereotypes: that Americans are fat, gun-toting, geographically-challenged imbeciles.  But there’s another stereotype: that all Brits can’t stand Americans.  Neither of these stereotypes are true.

When I went back to New York this summer, I strutted happily down the streets of SoHo while chattering loudly into my phone, just like everyone else.  That simple action made me teary with happiness.  It had been so long since I had allowed myself that small freedom. 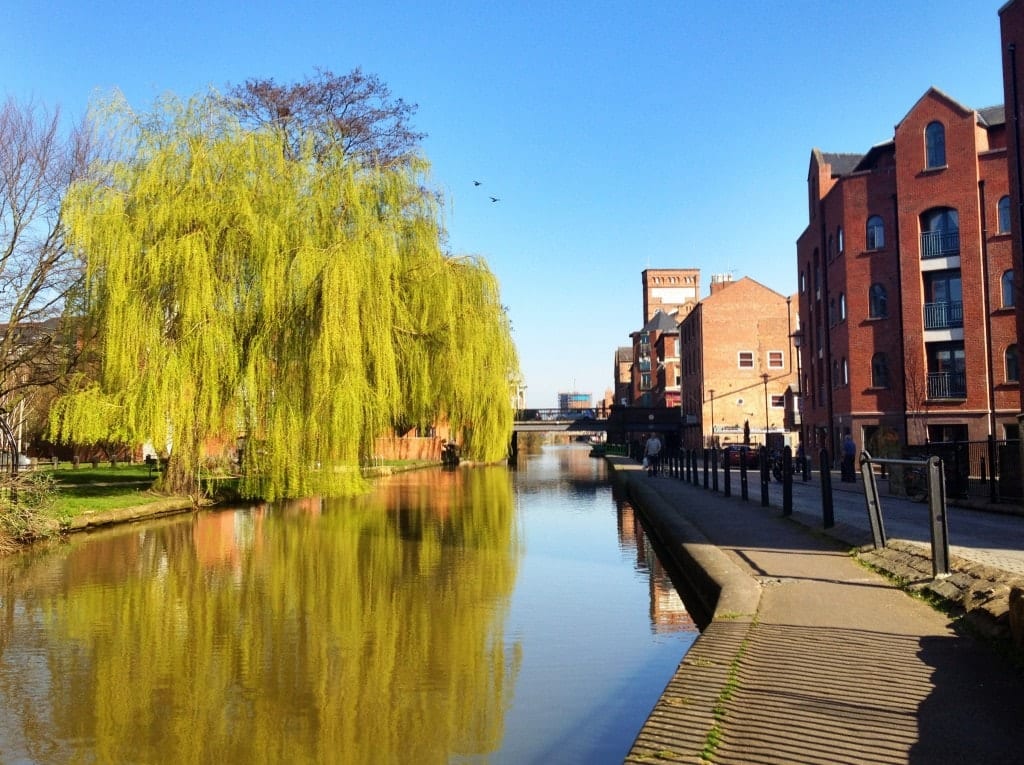 Dave lives a short walk away from his parents and brothers, and he has a huge extended family living in Chester as well.  I love that Dave loves his family and loves spending time with them.  You can tell that Dave’s parents raised him and his brothers right — they are the kindest, sweetest, most helpful, friendliest, most respectful guys.  And the whole family has always been so kind and welcoming to me from the very beginning.

I’ve always known that Dave’s friends meant a lot to him, too — but I didn’t realize just how much until one day a few months ago when he told me, “I don’t want to be the kind of guy who only sees his friends a few times a year.”

Dave has friends whom he only sees a few times a year.  They live in Leeds and London.  Two hours away.

That was the moment when I knew our relationship wouldn’t work out.

You are not a terrible person for wanting to break up with someone you love. You don’t need a reason to leave. Wanting to leave is enough. Leaving doesn’t mean you’re incapable of real love or that you’ll never love anyone else again. It doesn’t mean you’re morally bankrupt or psychologically demented or a nymphomaniac. It means you wish to change the terms of one particular relationship. That’s all. Be brave enough to break your own heart.

I read this quote by Sugar a few months ago and while her advice brings me to tears on a regular basis, this one made me sob.  I had worried that I was each of these — that I was a ball of self-destruction, a sociopath devoid of empathy, a man-eater incapable of sustaining a relationship, because who in their right mind would want to leave someone like Dave?

If I couldn’t make it with the kindest man I had ever known, a man who was basically the world’s best boyfriend, WHO THE F*CK COULD I ACTUALLY MAKE IT WITH?!

Then I forgave myself. 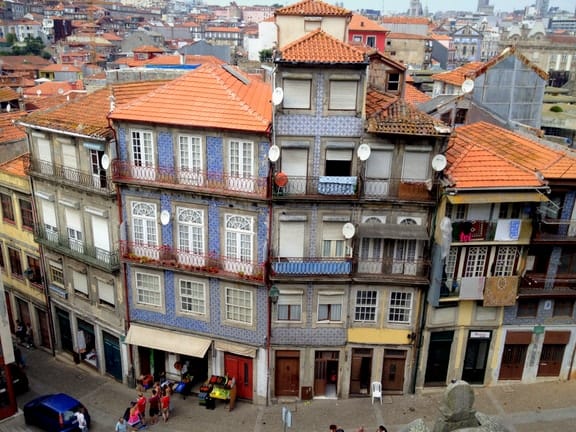 TBU Porto was a breaking point that had been a long time coming.  Travel blogging events are always a huge adrenaline rush for me — I leave on a high of inspiration, spending time with lots of people who not only understand me, but who encourage me to push myself to achieve my dreams.

After Porto, the scales were finally tipped in the direction of ending my relationship for good.  I decided to wait and do the breakup in person once I returned to Chester three weeks later.

Two weeks later, on the Sunday after TBEX, Dave broke up with me by email.  I read the email while sitting on my hostel bed in Girona.

I let exactly two tears fall before letting myself sink into billowing relief.  Dave has since told me that he felt the same relief.

This breakup is good.  It needed to happen (as all our friends and family have been reminding me and Dave constantly, somewhat to my chagrin.  Really, you all knew we were so doomed and never said a thing?!).  But there’s still a lot of pain on all sides.  I know it will lessen with time.

Packing up my stuff was hard. 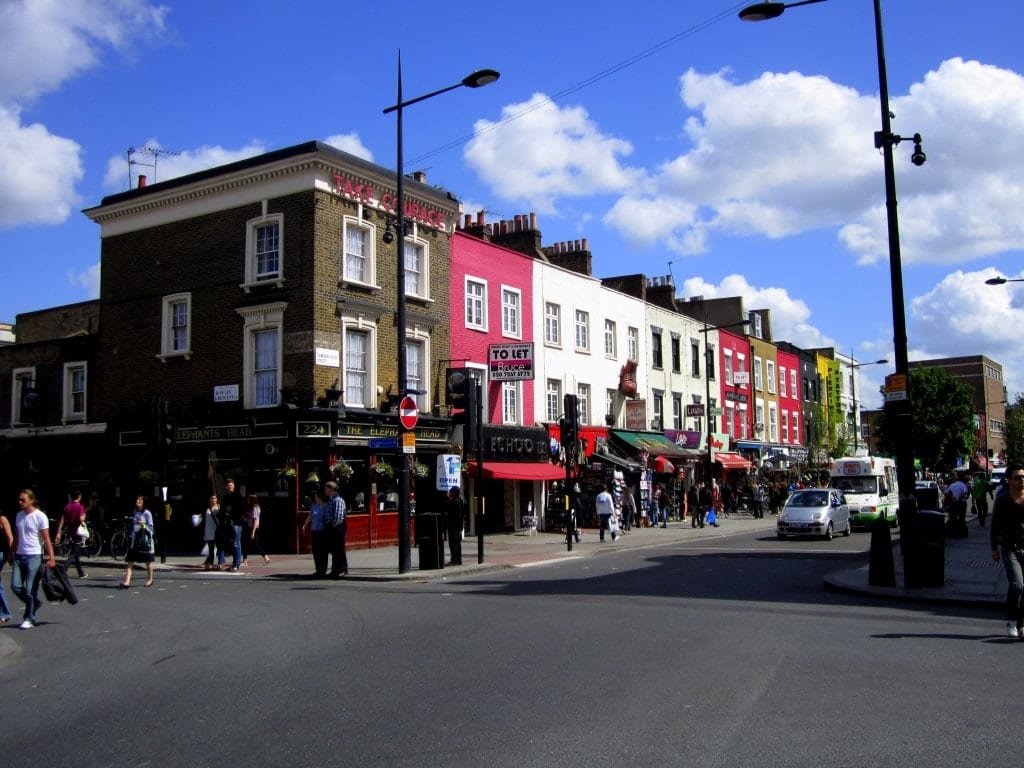 I have decided to move to London — for the next few weeks, and possibly longer.

Yes, London!  I’ve always wanted to move somewhere hot and cheap where I could stay long-term without any visa issues, and London could not be a worse match for that criteria.

But being in London over the past few days has brought me so much happiness.  I’ve missed the glory of city life!  Going to museums on a whim!  Trying whatever ethnic food sounds good at the moment!  Taking public transportation!  By God, I love the tube!

Most importantly, I will be among friends as long as I live in London.  I have lots of friends here — including lots of travel blogger friends — and there are lots of travel and business-related events and gatherings.  It’s been a very lonely year in Chester, and being surrounded by friends is exactly what I need right now.

In London, I can be the person I want to be.  It’s my antidote to a year of trying to be someone else.

Can I afford to live in London?  Um, not if I continue at the rate that I am now.  Which means it’s time to CRANK UP THE BUSINESS TO ELEVEN.  That’s what I’ve been wanting to do, anyway, so it gives me a huge incentive.

In late October, I leave for three weeks in Africa.  (Surprise!  More on that later.)  Until then, I will be building a new life for myself in one of the world’s most exciting cities.

I hope you stick around for the ride.

119 thoughts on “Breaking Up, Moving On, and Leaving Chester”