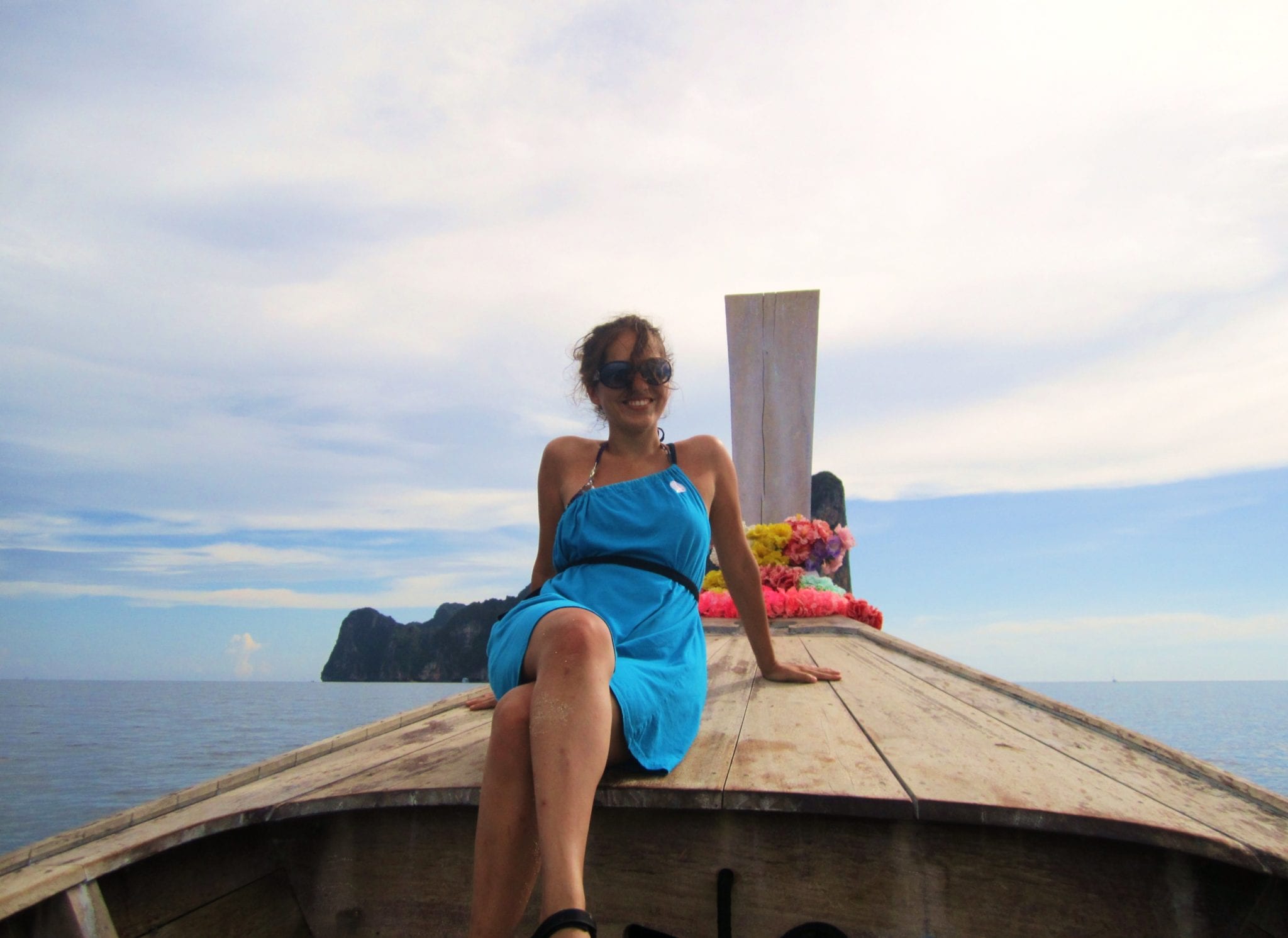 How was I able to save enough money to travel long-term?  It had very little to do with being a travel blogger.  When I started Adventurous Kate, my goal wasn’t to live off my blog (not that I would have objected to that!) — it was to run one of the world’s top travel blogs.

I started with very little savings in February, having just paid off debt.  From February 2010 until September 2010, a period of just seven months, I managed to save that money.

I am going to be 100% honest with you and show you exactly how I did it.

On February 6 — incidentally, the same day Adventurous Kate went live — I started a new job as an account manager at a search marketing agency outside Boston.  My salary was $50,000 (up from $48,000 at my last job) and my take-home pay after taxes was almost exactly $3,000 each month, or $1,500 on each semi-monthly paycheck.

At that time, I was still saving up for the RTW trip I would take “someday,” or the apartment in New York City that I would get with my sister.  I decided to save aggressively.  It wasn’t until March that I decided to travel through Southeast Asia for seven months instead and to start in October. 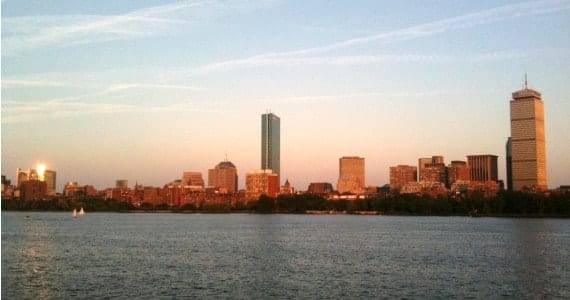 My first task was to figure out my essential expenses.  They were as follows:

Rent (half of one-bedroom split apartment in Fenway, downtown Boston): $800

Social activities and impromptu food purchases (bars, movies, going out for lunch or dinner, nights out with friends): $200 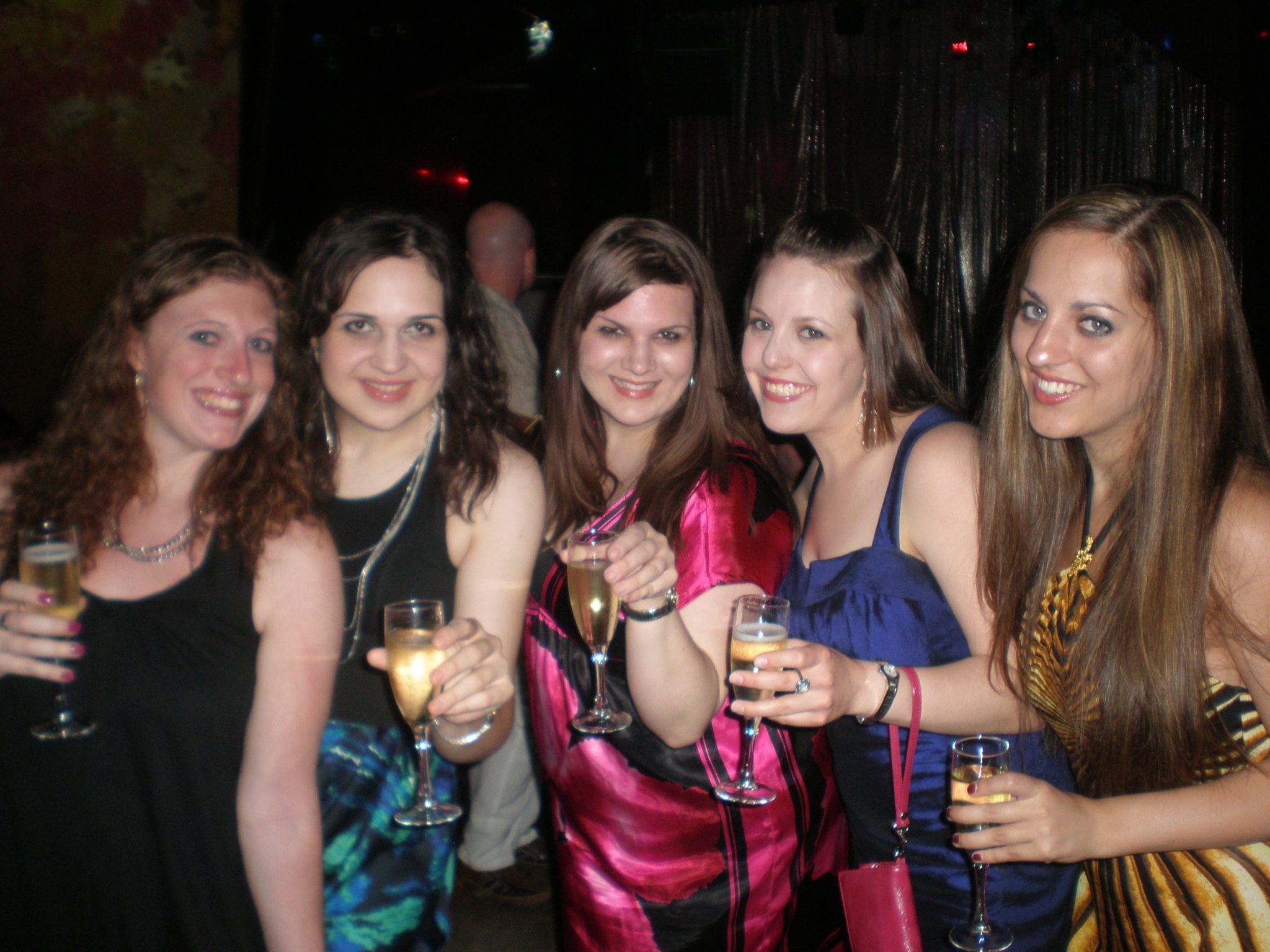 I took a look at my spending and saw that I had a lot of ways to trim my expenses.  It was easy to eliminate things like trips to Vegas and cocktails at fancy bars with the girls.  The everyday things were much harder.

As much as it broke my heart, I gave up my gym membership.  This was the only time I have ever been in shape — I found a gym that I loved, a high-end women’s gym with lots of fun classes.  It was sad to give it up.

I stopped shopping at expensive grocery stores like Whole Foods and switched to the super-cheap Trader Joe’s.

I stopped dating.  I used to be on OKCupid and go on dates all the time.  While most of the guys insisted on paying for everything, I’d always chip in for our second round of drinks or more food.  That added up quickly.

I changed my social and food habits.  Instead of going out for dinner with friends, we’d go out for coffee or just hang out and watch movies at home.  Instead of stopping for a burrito on the way home from work, I’d have one of the Trader Joe’s eggplant parmesans I’d purchased.

And, most significantly, I decided to move home when my lease ended.  It made sense both financially and logistically and wasn’t a huge sacrifice, considering that my family lives just outside Boston.

My lease was due to end on August 31, which meant that my last time paying rent would be July 1 (as I had already paid the last month’s rent).  I expected the full security deposit back as well ($775).  After that, I could move home to either of my parents’.

NOTE: This is the part where a lot of people said, “Oh, she lived with her parents, that’s how she saved, the rest of this piece is irrelevant.” Dude. That was for seven weeks out of the seven MONTHS. I did it because my lease ended in August 31 and my trip started October 20. Was I really going to find another apartment and move all my stuff there for less than two months?

I was very lucky to have the option to move home. If not, I would have slept on friends’ couches and paid them for it. 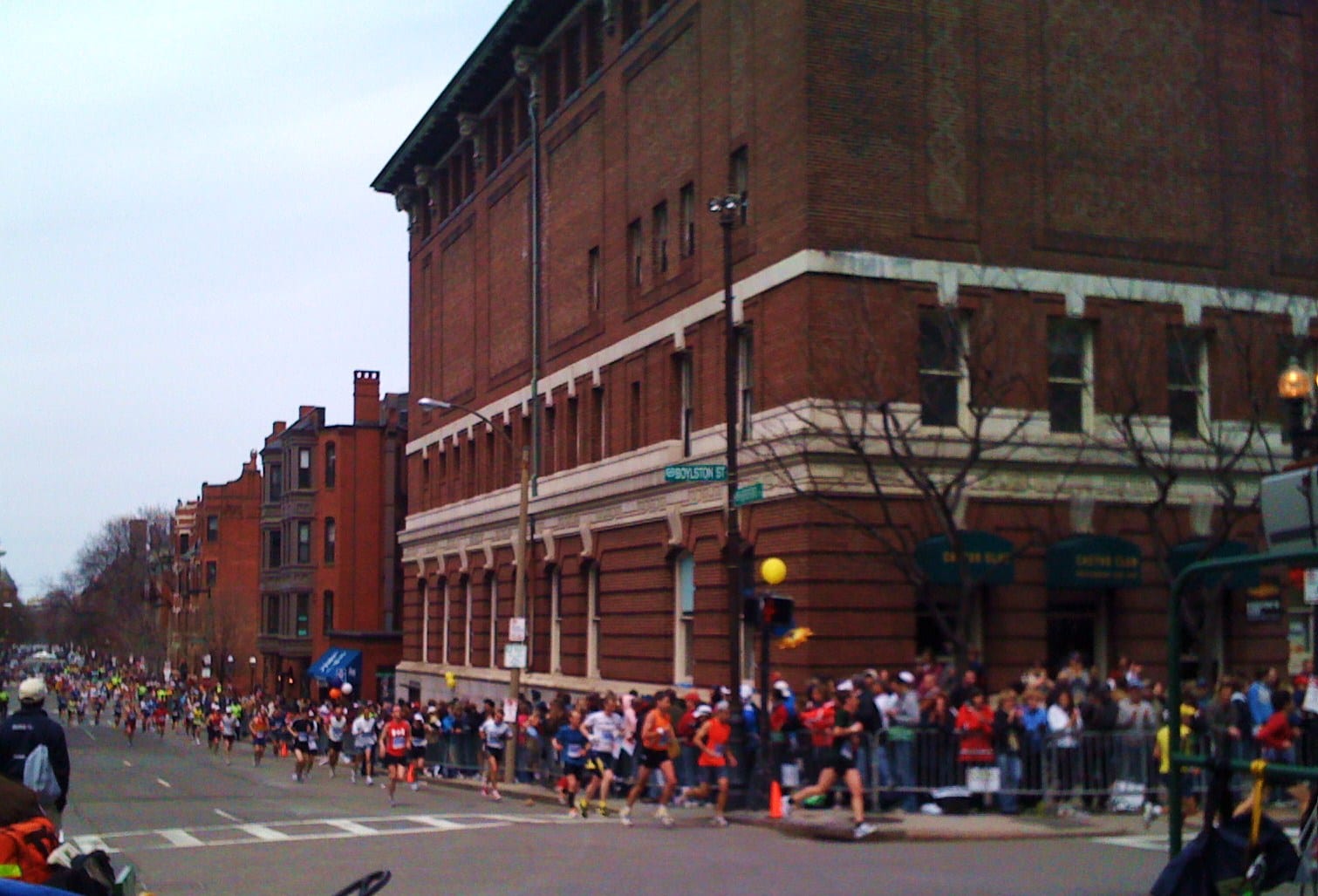 The very moment I woke up on payday, I transferred the money from my Schwab checking account to my HSBC savings account — my “travel account.”  I got paid $1,500 twice a month, on the 15th and on the last day.

Keeping a maximum of $500 in my checking account at all times prevented me from overspending.

After July 1st, with no more rent to pay, I began transferring $1,000 from each paycheck. 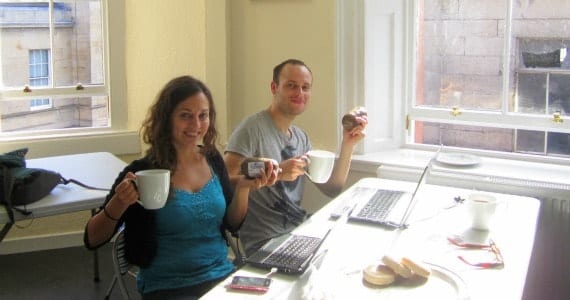 A few months back, I found a gig writing about Boston nightlife for AOL Travel, which I found on Craigslist. I wrote short posts five times per week and got paid $20 for each one.  After a few months, the job was eliminated, but they soon hired me back for a similar project.

Additionally, shortly after I started my new job, a former boss of mine came to me wanting to hire me for a project.  Talk about brilliant timing.

As a travel blogger, you shouldn’t expect to make any money for the first year — but there are exceptions. I was one of them. I started selling my first ads at about five months in.

Everything that was supplemental — everything from AOL, my side gig, or ads on my sites, went straight into my travel account.

I got most but not all of my security deposit back as well, netting me another $740. 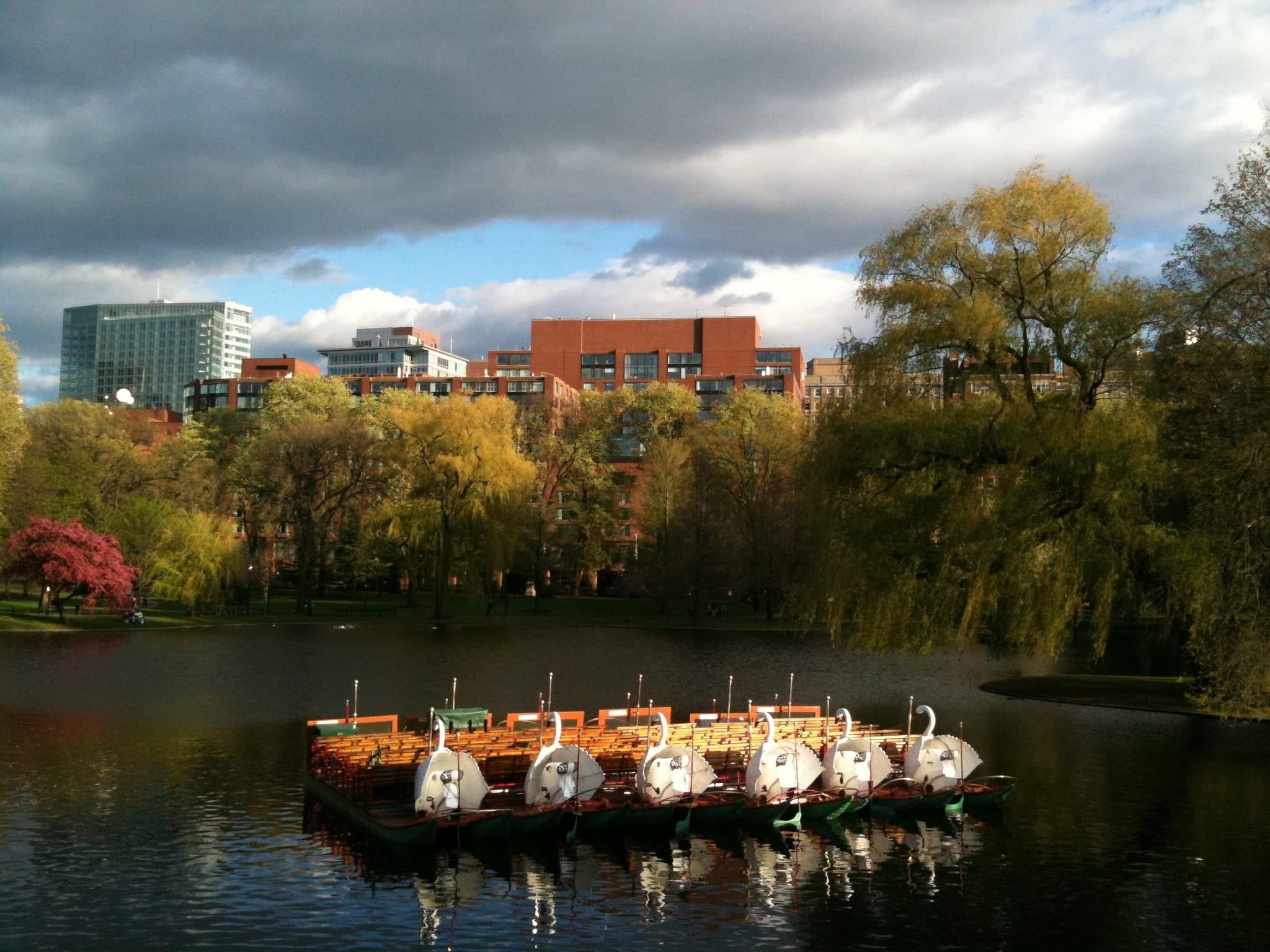 A Day in the Life of Money-Saving Kate

8:30 AM: Work begins.  I hate my job and draw a notch at every 30-minute interval that passes.

1:00 PM: Lunch break.  I spend it taking an hourlong walk around town, stopping for a $1.29 wrap from Dunkin Donuts on the way back.

7:00 PM: Home.  I have a Trader Joe’s eggplant parmesan for dinner and watch a bit of TV.

8:00 PM: Freelance work time.  Writing for AOL, working on the project for my old boss, working on Adventurous Kate.

Believe me, I know how unhealthy this schedule was.  I felt like I was losing my mind.  I spent my weekends sleeping and didn’t do anything but work during the week.  Which, of course, kept me from spending money.

I don’t recommend living like this for longer than a few months — but I am ultimately very happy that I did. I saved a LOT of money.  And because I was eating so little, I lost 20 pounds as well. 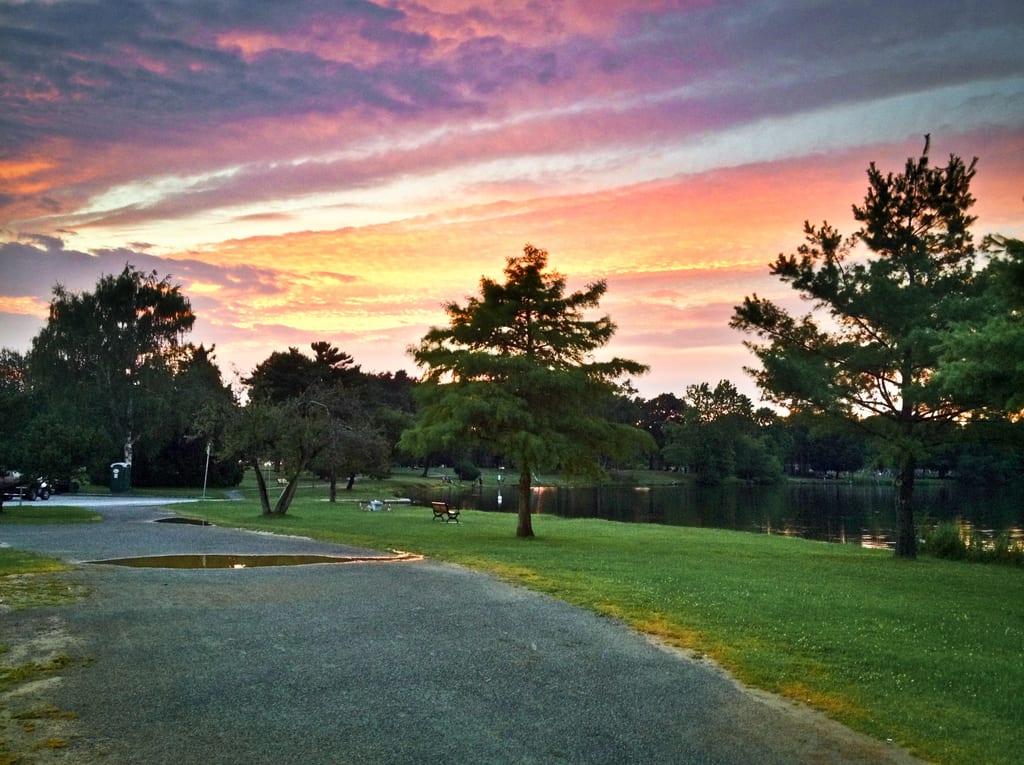 I moved home to my mom’s house outside Boston at the end of August.  Within days, she was horrified by my work habits and I immediately scaled back, going to bed at 1 instead of 2.

While I was no longer paying the $59 per month for public transportation, I was paying much more to 1) get my car back on the road, 2) pay my car insurance and 3) pay for gas.  Commuting by car from north of Boston to metro-west took an hour each way. I also paid my mom a small amount for rent and groceries.

Within a week of putting my car back on the road, my car broke down.  It turned out that it needed $900 worth of repairs.  I felt like crying.

I didn’t succeed in hitting my savings goals every month.  Sometimes expenses creeped up on me, and I didn’t always save as much as I had hoped.  But I kept going. 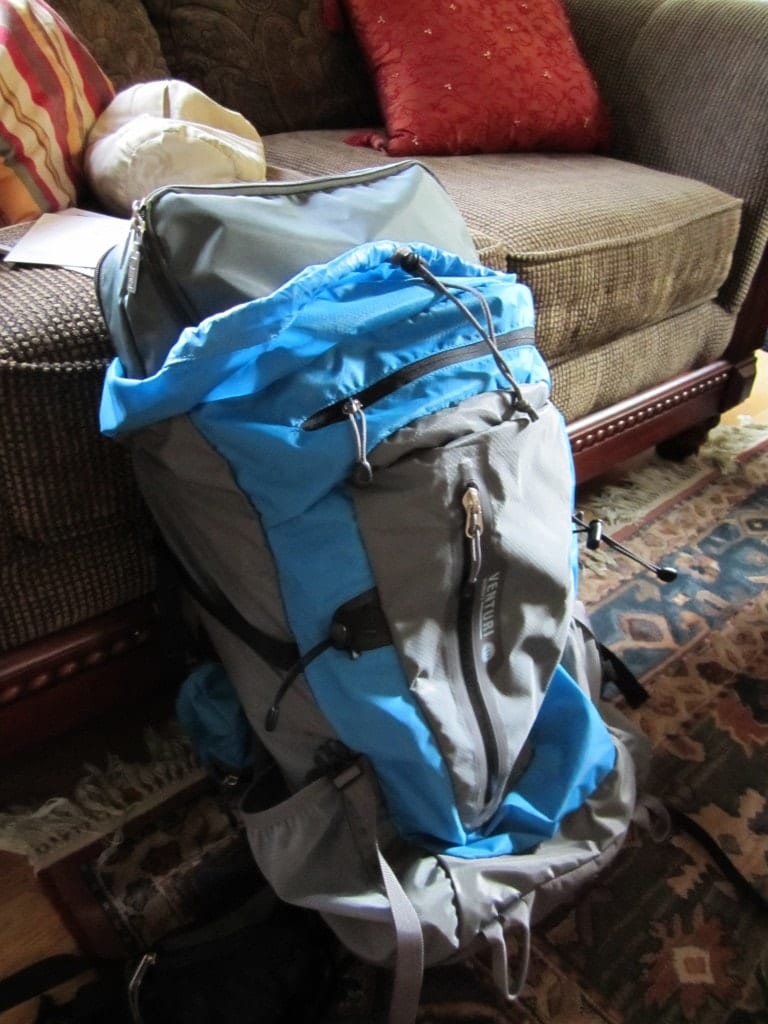 I had a list of items that I needed to buy for my trip, which I did over the course of several months.  Buying some of the more expensive items in New Hampshire helped me save on sales tax.  Here is my packing list from that time.

Backpack (REI Venturi 40L): $100. (This backpack has since been discontinued. Today I use the Pacsafe Venturesafe 45L, $200, which is a million times better and still works great as carry-on.)

Portable safe (a.k.a the most important thing I pack): $70

Little items: everything from solid shampoos from Lush to tank tops from Target.  Estimated $200.

Six months of travel insurance: $400. I use and recommend World Nomads. Do not scrimp on this. If you get seriously injured and need an air ambulance to another country, it could save you and your family hundreds of thousands of dollars.

And then came the biggest purchase: my plane ticket.  I spent a lot of time looking at different routes and timetables on Kayak — Boston or New York to either Bangkok, Hong Kong, or Singapore.  Finally, I found a round-trip ticket from New York to Bangkok on KoreanAir for $1220.

(Looking back, I shouldn’t have booked a round-trip ticket.  I ended up getting it only partially refunded because I chose to fly back via England instead.) 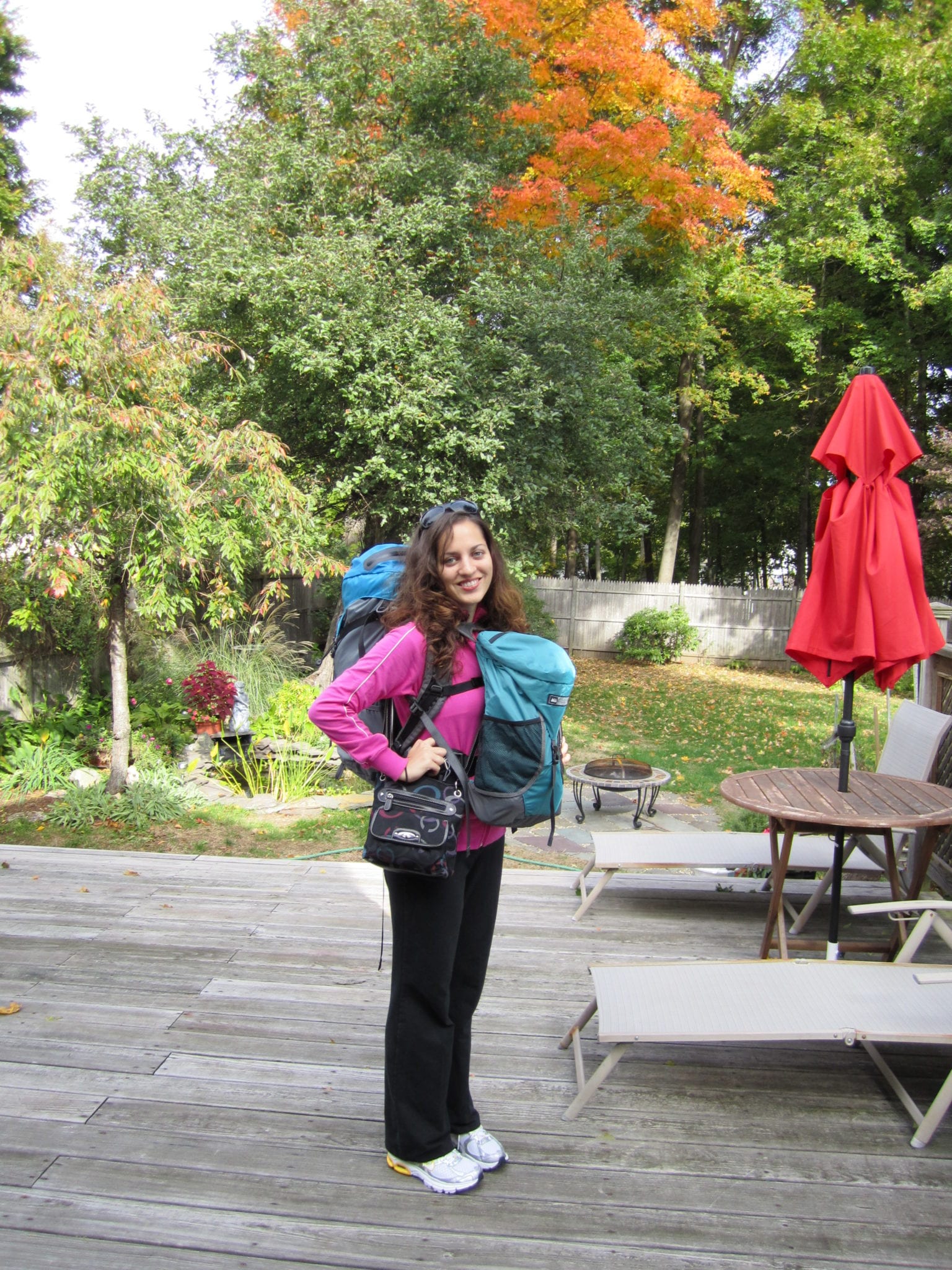 And Then I Left

My job couldn’t have been a worse fit for me, and I knew within a few days that taking it had been an enormous mistake.

My original plan was to work until October 15, saving up the maximum amount of money before departure on October 20.  But as time and those little notches added up, I told myself that I didn’t have to last quite that long.  Maybe October 1 would be okay.

But on the morning of September 14, I had had enough.  I picked up my belongings and simply walked out. I drove a few blocks away, parked, and emailed my resignation from my iPhone.

I drove myself home and got back to work immediately — on Adventurous Kate, my labor of love and new (if scant) source of income.  I told myself that I would need to make about $1,500 in advertising over the next eight months to make up for the lost income from leaving my job early.

And there you have it! 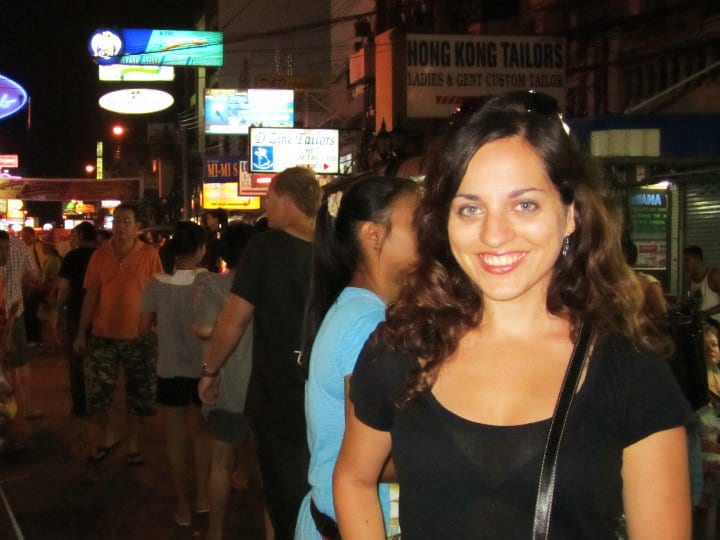 You don’t need to make $50,000 a year and have a few freelance jobs to save money quickly and dramatically. The single most important thing you can do is as follows:

1) Start a savings account strictly for travel expenses.  Pledge not to touch it until you start traveling.

2) Calculate your monthly expenses and figure out where you can cut back.  Figure out the bare minimum you need to live, giving yourself a small cushion (around $100-200).  Calculate the difference from your monthly paycheck.

3) The moment your paycheck comes in, deposit the ENTIRE difference into your travel account.  DO NOT touch your travel account.  Will you run out of money?  Not if you’re careful.  If funds get low, spend a few days eating lentils and watching TV and going for walks until you get paid again.

As for unforeseen expenses, like my car repairs and higher-than-expected bills, I put them on my credit card and used my next paycheck to pay for it instead of taking it out of my travel savings.

Saving money is not easy.  It takes work and it takes sacrifice.  I lived a very difficult life for several months.  But it was absolutely worth making my dreams come true. 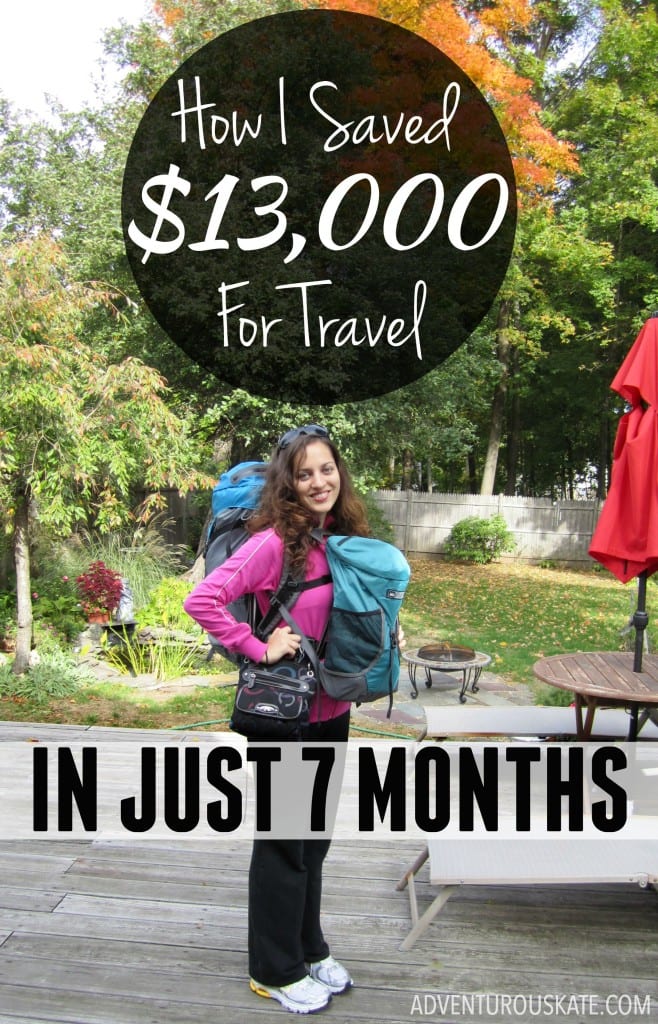