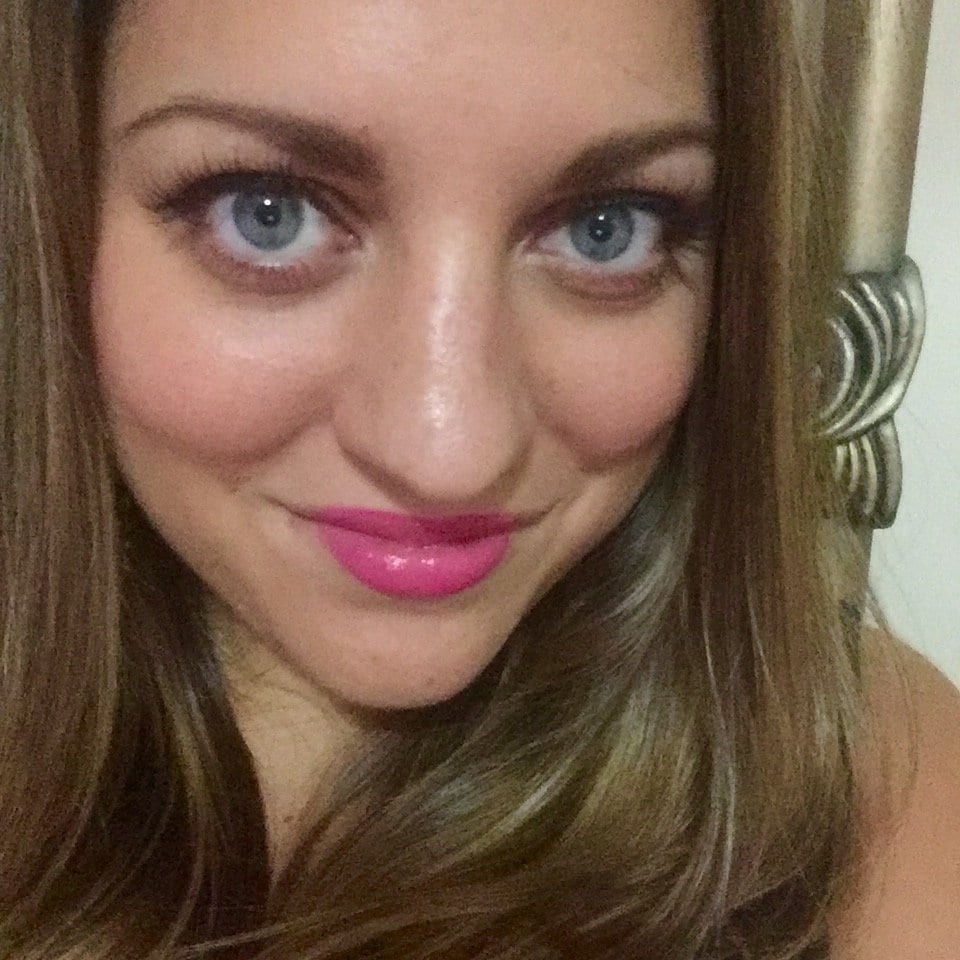 How do I even characterize a month like this?

It’s hard to say. This month was spend pinging around the world, from Thailand back to the States. I had pushed myself too far and was burned out beyond belief.

At the same time, I was dealing with the realization that I need to take a break from travel — a long one — for the sake of maintaining sanity. The great irony is that not traveling for awhile is probably what’s going to save this travel blog.

Luckily, my burnout came at a time when I know what the next step in my post-nomadic life will be. I decided to move up my moving date to New York earlier than planned and headed to the city for a visit in between time at home. 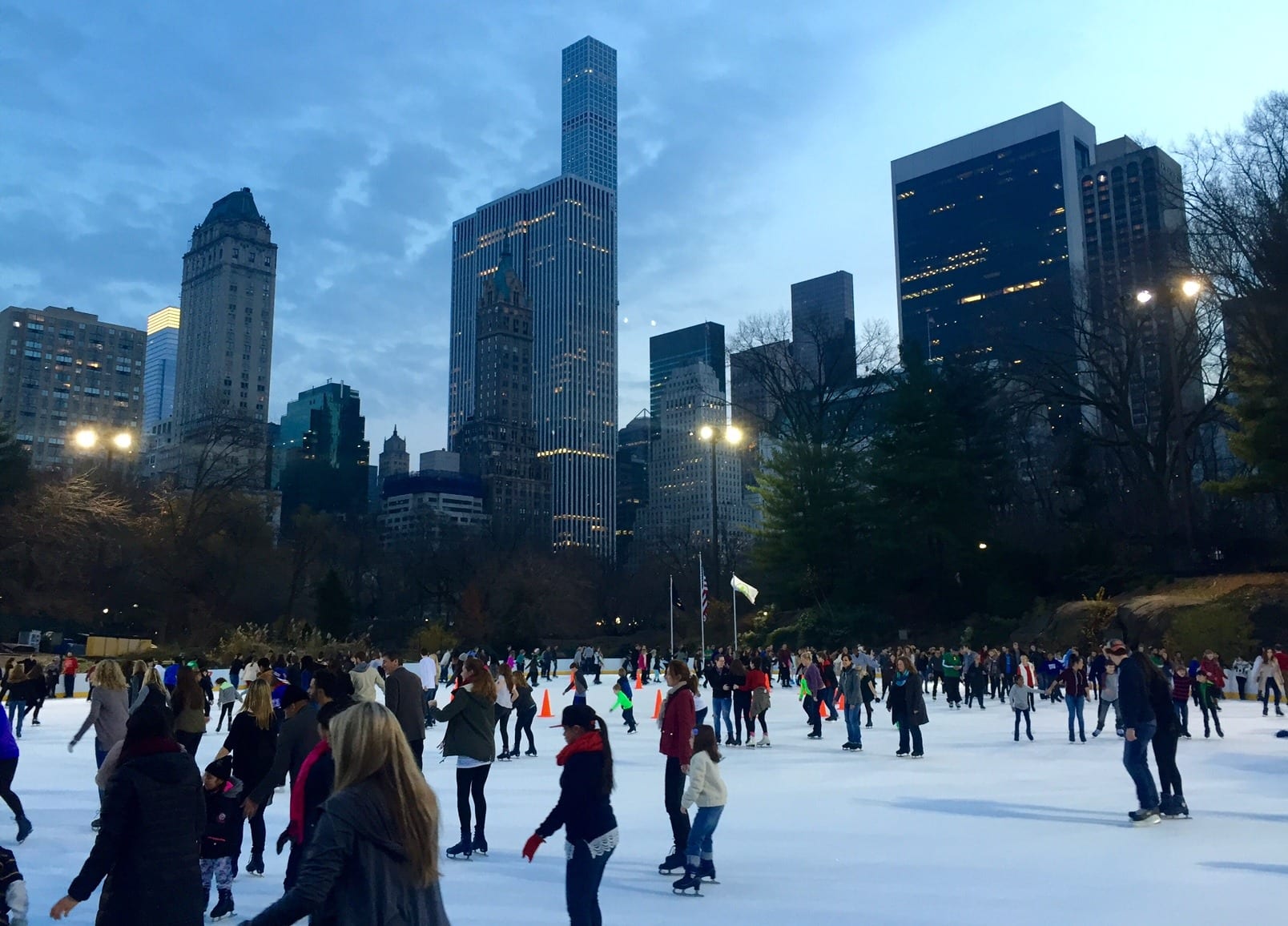 New York! Don’t have to ask me twice. 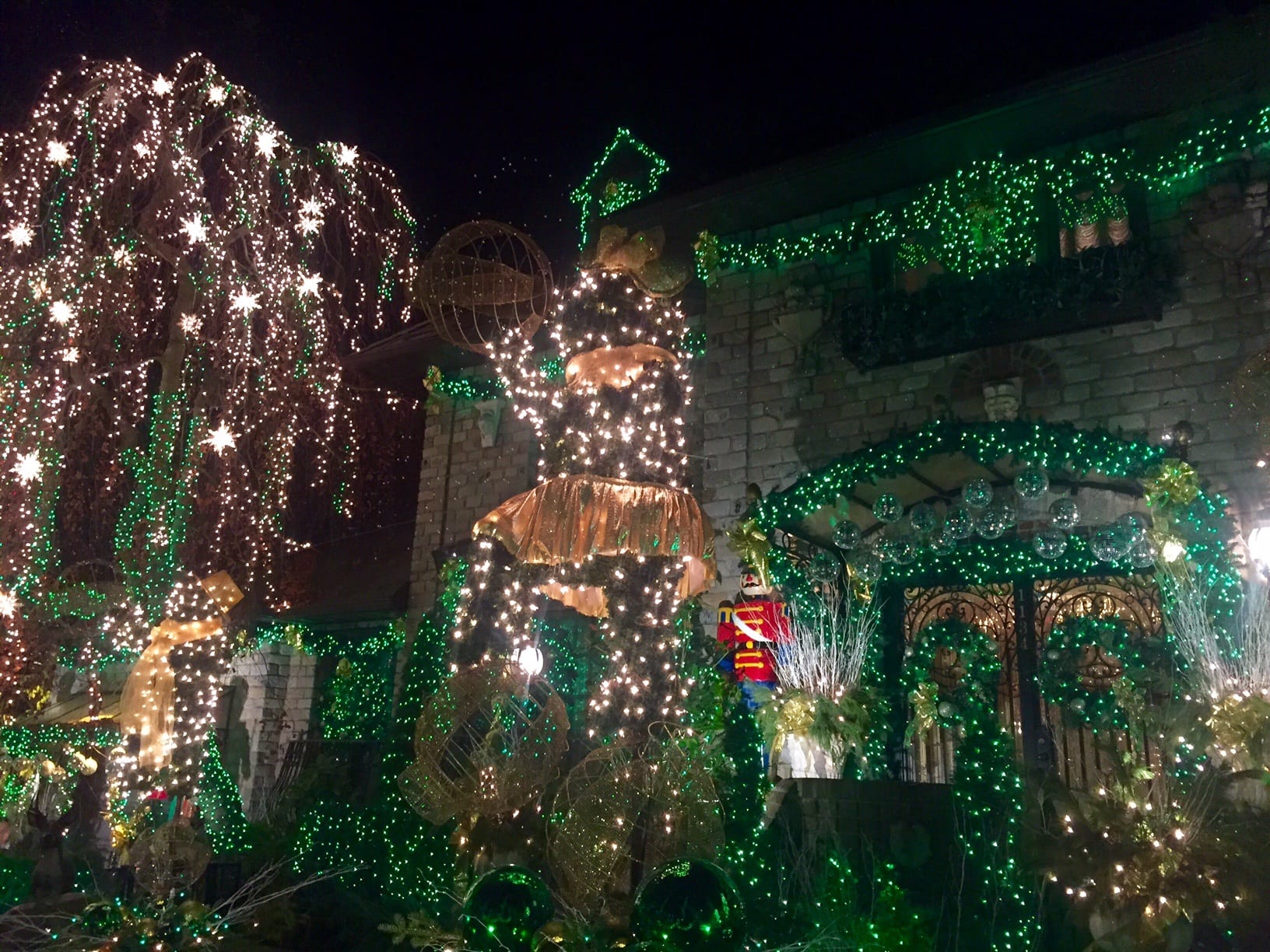 One last motorbike ride through Chiang Mai. My Airbnb host (check out where I stayed; I loved it!) kindly offered me a ride to the airport, and with my carry-on luggage, I was able to fit on the bike. We took a long trip and the morning light was so beautiful. I loved the wind whipping through my hair, the unmistakable scent of Thailand in the air, the rainbows appearing in the canal fountains. It reminded me of my first arrival in Chiang Mai five years ago.

Getting Christmasy in New York. New York is one of the best places to experience the holidays! This time I went to Rockefeller Center, went to a 25th anniversary screening of Home Alone, saw lots of store windows, braved the shopping hordes in SoHo, and went ice skating in Central Park. But especially:

Seeing the Dyker Heights Christmas Lights. If you want to see crazy Christmas lights within New York City, head to Dyker Heights, Brooklyn (about 11th-13th ave. and 83rd-86th st.)! These houses get super competitive with each other. I loved my trip out here; I want to go back next year! I didn’t bring my good camera with me, but check out Oneika’s post on the lights this year.

My first gel manicure. Getting a gel manicure is like driving a 1992 Oldsmobile all your life and then upgrading to a Lexus. They look so good and are ridiculously solid! I even washed my hair right after I got them done! After three weeks (side note: three weeks is the ABSOLUTE MAX), I only have two tiny chips. I think I’ve got a new habit!

Many, many good times with friends. Tons of meetups with friends in New York and the Boston area. But I especially loved getting to meet up with my bud Tom from Up Helly Aa (the Viking fire festival in Shetland) nearly four years ago! He’s one of the most interesting people I’ve met on my travels and it was crazy to meet his permanently-on-walkabout-personality in New York of all places.

Celebrating Christmas with my family. Just like last year, this Christmas was a three-day extravaganza with TONS of food! We did well. It was also nice that my sister was able to change her plans last-minute and come home for all of Christmas. 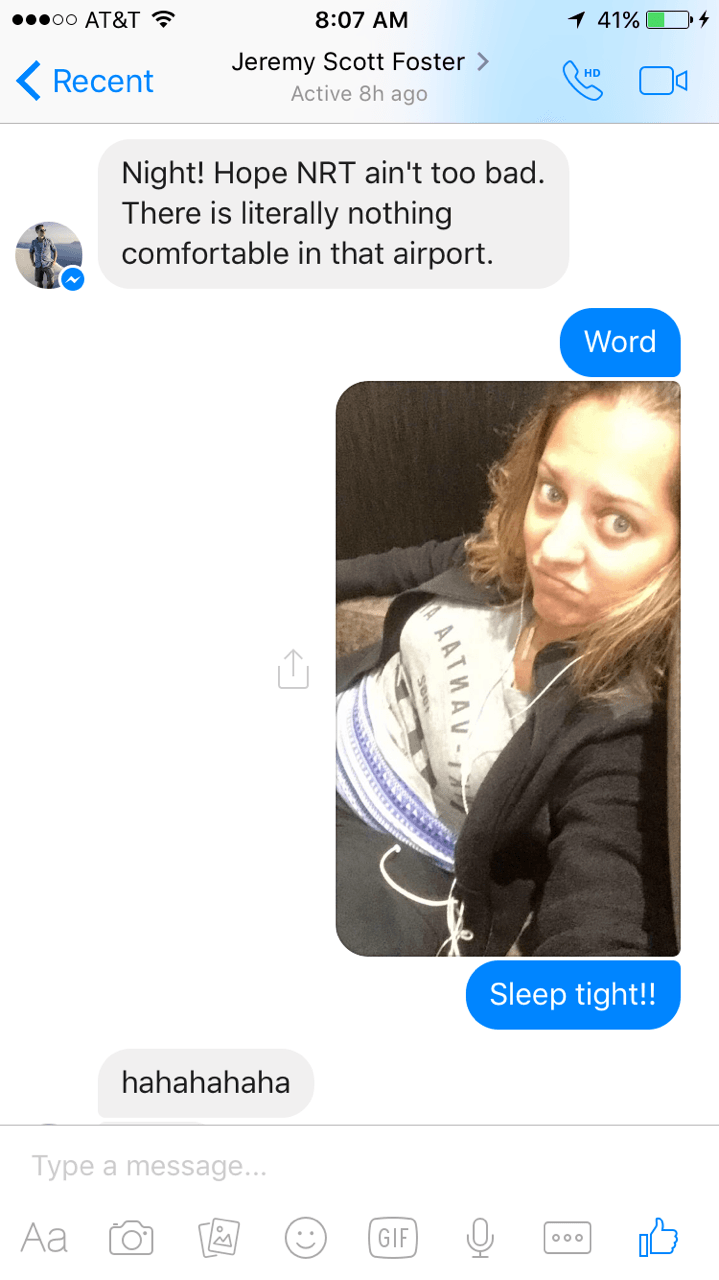 A very long journey home from Thailand. I wanted to come home early, and the best route home involved a two-day trip from Chiang Mai to Bangkok to Hong Kong to Tokyo to Boston. Including an overnight in Hong Kong. But at least I got to avoid Air China this time!

(I should mention that I spent the overnight in a “private resting area” within the Plaza Premium Lounge outside security, which I found uncomfortable and absolutely not worth the price tag of 900 HKD/$116 USD for six hours, yet still vastly preferable to missing a night’s sleep on a long journey like that. My platinum Amex gives me lounge access but the private suite costs the $116. You can pay the same price for the private suite if you don’t have lounge access.)

Illness. Stomach virus/food poisoning at the beginning of the month. A cold that wouldn’t quit at the end of the month. Always a blast. Onward and upward. 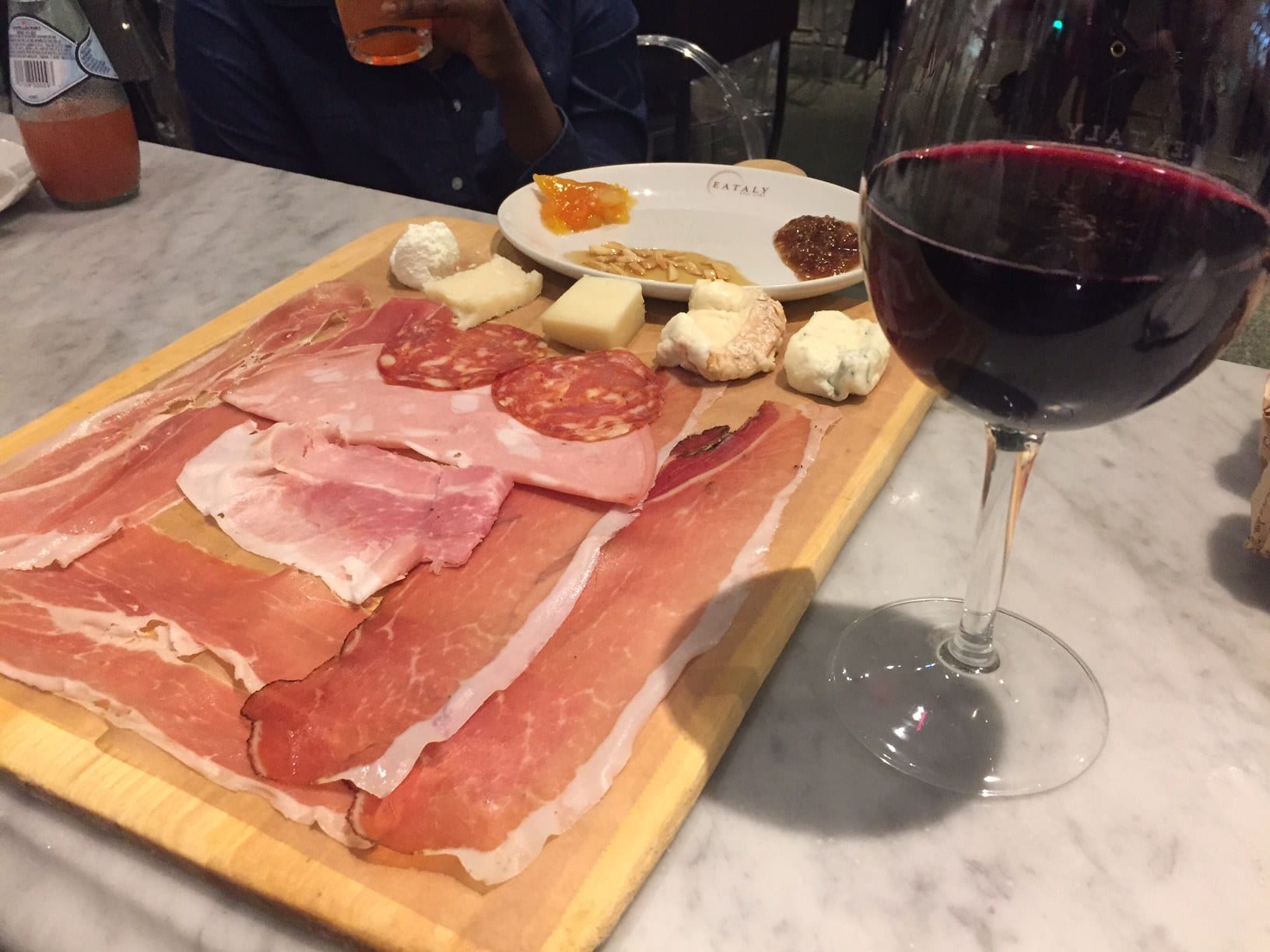 My Worst Travel Moments of 2015 — No surprise here! This is always one of my most popular posts of the year.

My Best Travel Moments of 2015 — From dancing on the beach in Montenegro to swimming through a cave in Guatemala, the absolute best moments of the year!

Airportag: The Coolest Travel Shirts on the Web — I’m loving these sweet travel-themed shirts — and so are you! 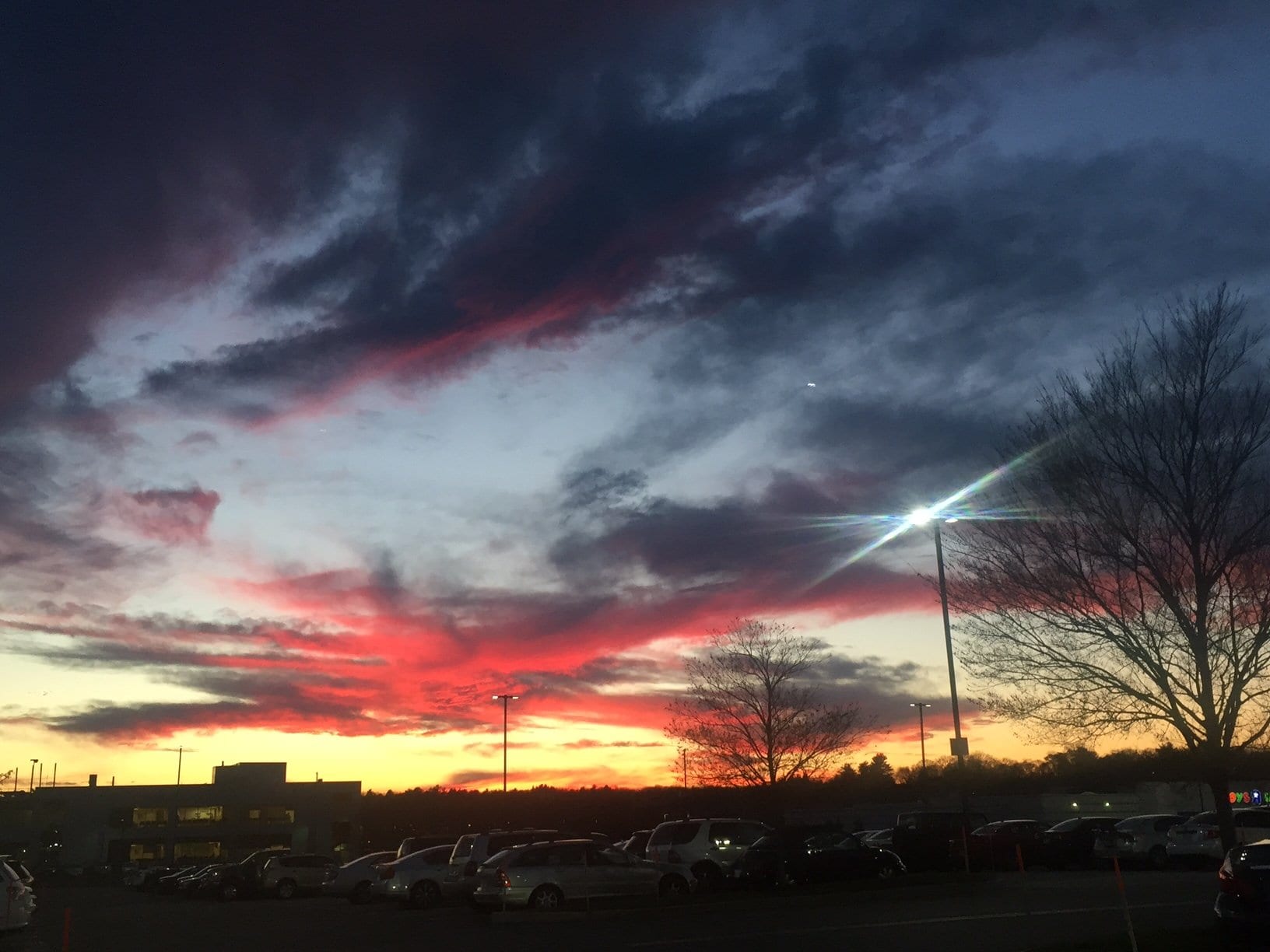 No major news to announce this month — but if you’ve been following me on Facebook, you’ve known that I’ve been going through anxiety and stress for the last several weeks. I think the root of it is that I’ve been feeling so unsettled. It’s not enough to get an apartment in Chiang Mai or Playa del Carmen for a few months like most travel bloggers; even a temporary sublet in New York would not be enough. I need to find my long-term home, and soon.

I do think that I will start to feel normal again once I move into my own place and can start living my new life.

In terms of last month’s challenge, to meditate more, I was doing well but fell off the wagon — so I need to pick that up again! I’m also making art again, which is great for stress. I got some art supplies for Christmas.

My big challenge for this month is to find a place — and to furnish it from scratch. YIKES! (I did have an apartment full of furniture and belongings before I started traveling, but I told my sister she could keep it all if I didn’t want it after two years. It’s been five years now — it’s all very much hers!)

Right now, I own, like, three mugs and that’s it. (One says, “Write like a motherfucker.” One says, “I had sex with an elf in Iceland.” One is an artist’s rendering of “Peeno Noir” from Unbreakable Kimmy Schmidt.)

Getting to furnish completely from scratch is a pretty cool opportunity, though. I want a bed that looks and feels like a hotel bed. A big, sexy couch. A golden pineapple print near the entrance, some nifty solar system glasses, and a laundry hamper that doesn’t look like it belongs in a college dorm. 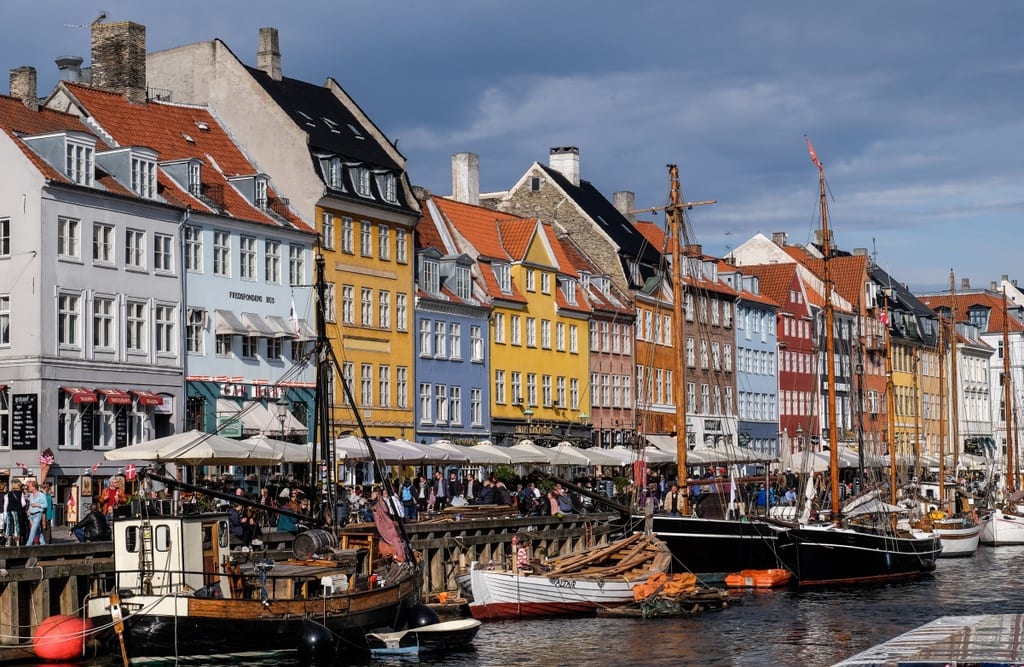 Copenhagen, once again! People love that Nyhavn. (Though the likes are probably enhanced since this was the last shot I posted before taking a break from Instagram.) 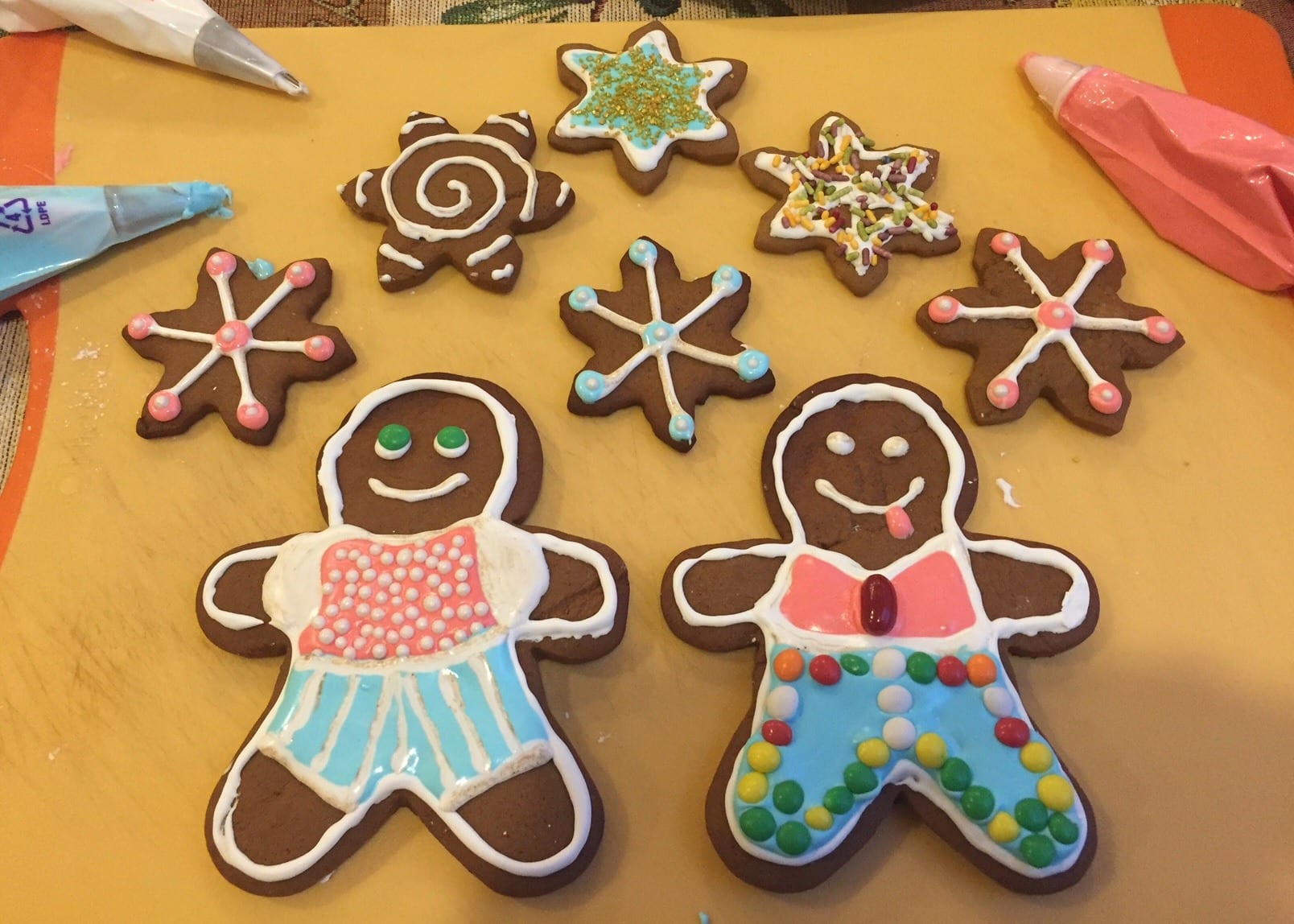 CHALLENGE COMPLETE! I finished the PopSugar 2015 Book Challenge and read 54 books in 2015, two more than I had to!

I won’t be taking part in the 2016 book challenge, which has different categories than this year’s. I want more freedom in what I read in 2016, but I encourage you to do the challenge. It will get you to shake up your habits and get out of your comfort zone.

The Map of Love by Ahdaf Soueif — My mom chose this book for me. This novel tells cross-cultural love stories from multiple generations in a family, spanning from London to Egypt to New York. I loved the romance parts and thought they were far better than the drier historical parts, which ultimately didn’t go anywhere plot-wise. Not one of my favorites of the year, but still a good read. Category: a book your mom loves.

Behind the Bell by Dustin Diamond — Well, I had to choose a book with bad reviews for the challenge, so I chose the worst book I could find. This book is absolutely awful. Dustin Diamond has zero perspective on his experiences as a teenager and spends the whole book slut-shaming every one of his co-stars in between bragging about his own sexual conquests. Beyond that, the book is mean, petty, and very poorly edited. The only good thing was that it was a quick and easy read. Category: a book with bad reviews.

Holidays on Ice by David Sedaris — I’m a big David Sedaris fan, but I really did not enjoy this collection of Christmas-themed stories (except for one of my all-time favorites of his, “Six to Eight Black Men,” which has been published elsewhere). David Sedaris is biting and sarcastic; this book actually felt quite mean compared to his others. It made me uncomfortable to read many of these stories. Category: a book set during Christmas.

Furiously Happy by Jenny Lawson — Jenny, a.k.a. The Bloggess, writes one of the funniest blogs out there and has been very open about her struggle with mental illness. This memoir, her second, is about mental illness itself. Despite the heavy subject, this book is actually hilarious and illuminating about the reality that so many people live with.

I prefer Jenny’s writing in small doses — this is probably why she’s so successful as a blogger! — but having a Kindle made it easy to switch back and forth between her book and others. No category because I finished the challenge!

MASTER OF NONE! Wow. I adore this Netflix series and it’s probably the show that most closely resembles my life. (Other than, you know, Californication.) It’s sweet, it’s honest, it’s a bit risqué, it is so very Brooklynian. Basically, if you’re around 30, single, and living in a city, you’ll see yourself here.

The Affair. Season Two is much darker than its predecessor. And if you have any confidence in human nature, prepare to say goodbye to it after witnessing what these characters do.

Jamiroquai is one of those bands that I go through spurts of listening to like crazy — then don’t listen to them for a few years. then start the cycle again. I’ve been a fan of them for about 20 years and after getting back into them once again, I really want to see them live.

My new favorite? “Love Foolosophy.” Three great versions of it on Spotify — the original, the Raul Rincon remix, and the live performance in Clapham. 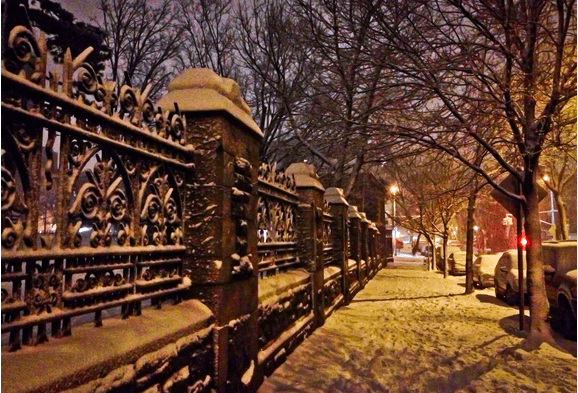 Getting an apartment in New York! I can’t focus on anything else. I can’t think about anything else. Literally, this is my one goal in life right now.

The plan is to head back to the city soon and find a place with a lease starting either immediately or by February 1.

I know exactly what I’m looking for, but I think it will be best to hold off on telling you more details until I’ve actually signed a lease.

I will say this — I’ve decided to get my own place, sans roommates. I know it’s kind of crazy, and roommates are the cost of living in New York City, as everyone tells me, but at this point in my life, I’m ready for solitude and independence. I’ve never lived alone before. I also plan to have friends crash on a regular basis, which wouldn’t be fair to a roommate. And, you know, walking around naked and all that.

We’ll see how it goes!