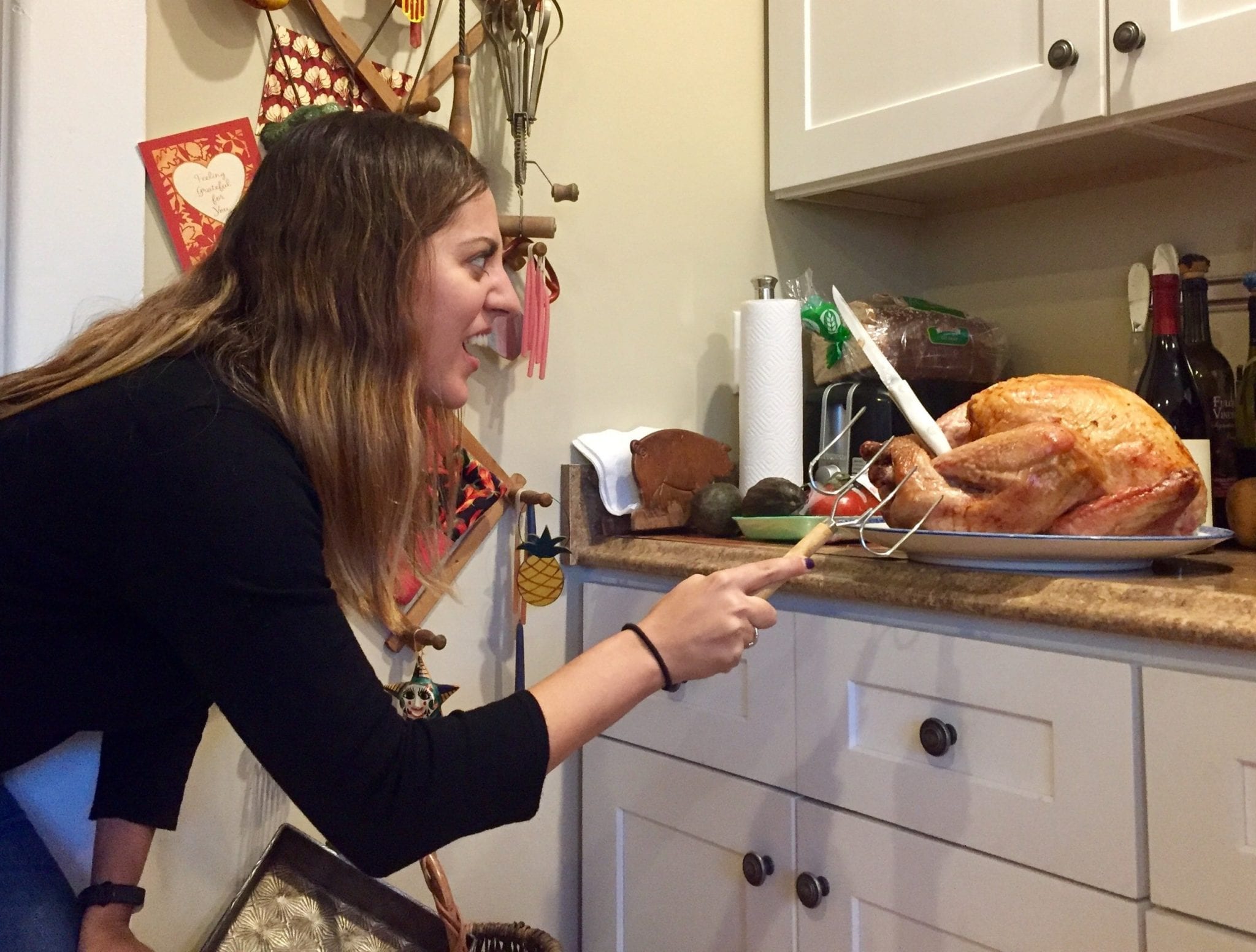 Happy December, everyone! It’s hard to believe the year is nearly over. For me, once again, this was a low-key month, mostly spent at home. I’m savoring these times before I strike up my busy winter travel schedule. 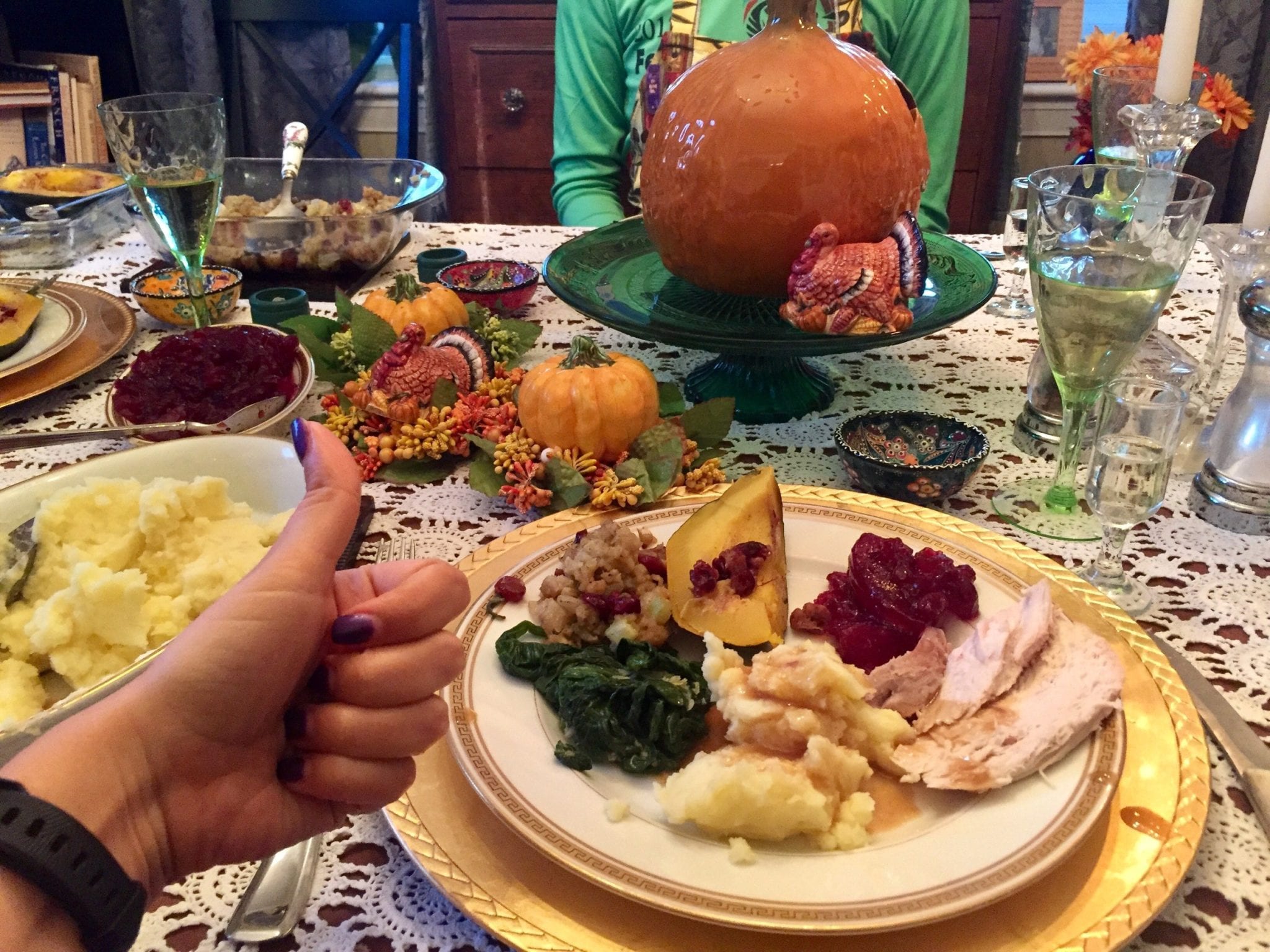 Viva Las Vegas. It was so good to be back! 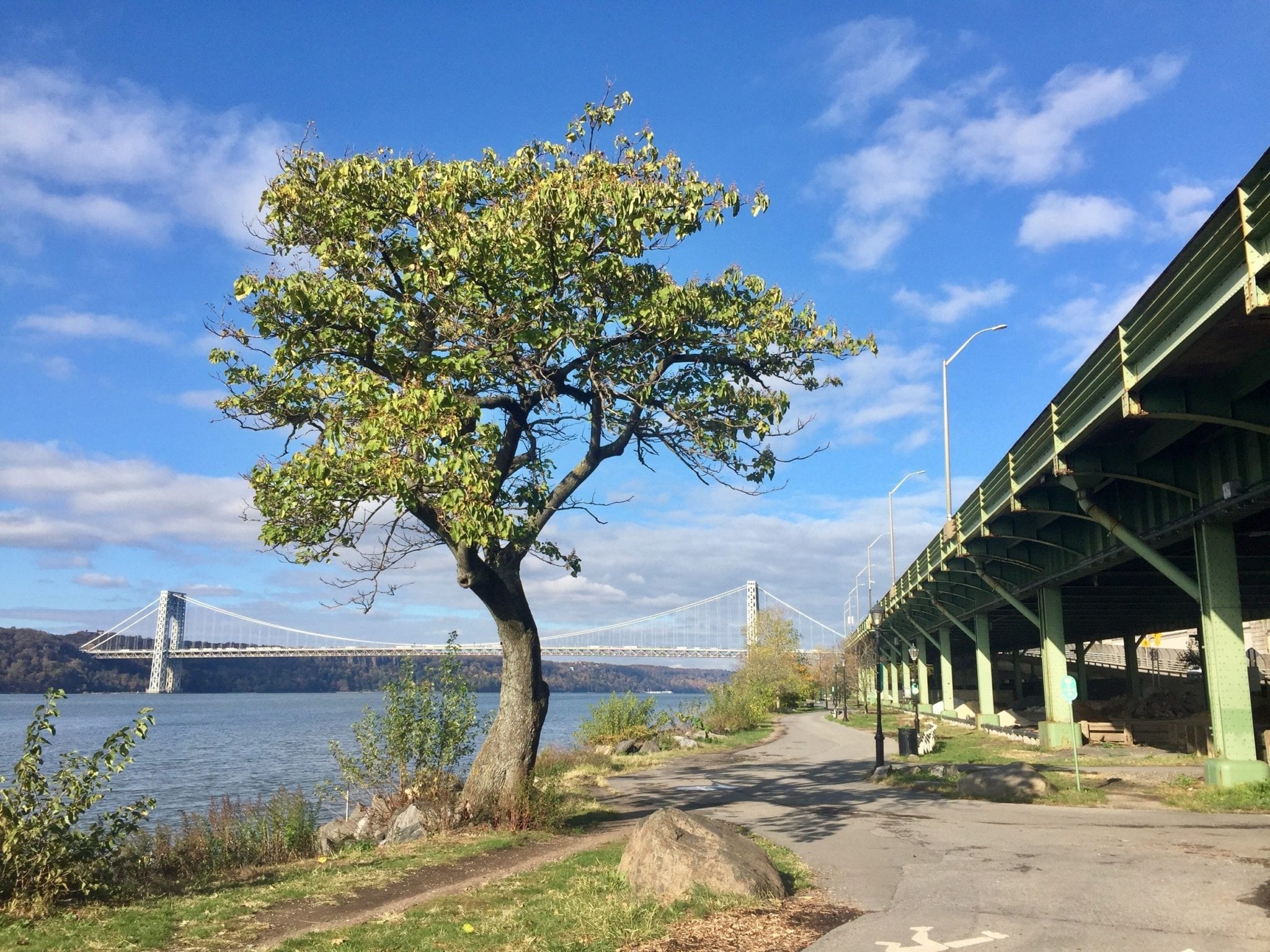 Finishing Whole30 — a perfect 33 days. When I began Whole30 — 30 days of no sugar, alcohol, grains, dairy, legumes, or artificial flavors — I worried that I wouldn’t be able to resist temptation. That wasn’t the case at all! I was sad that I couldn’t keep going!! I ended up lasting for 33 days and felt so much better as a result. See more about that in the Fitness Update section below.

Spending Thanksgiving at home. Two American Thanksgivings in a row after spending six outside the country? That was a very good thing. Even if eating the pie sent me into major stomach pains following Whole30.

My 15-year high school reunion. How have 15 years passed already?! My class had an informal reunion at a nearby bar, and while I didn’t expect many people to show up, I was delighted that so many of my classmates came. And everyone looked the same to me — I guess the RMHS Class of 2002 is a well-aging bunch.

I was a little worried that I would be the odd woman out, as it seems like everyone in my class is married and/or popping out kids these days, but it turns out that most people at the reunion were unmarried without kids as well! Ha. And it was really nice to hear from classmates who have become readers of the blog.

I was featured on ABC 7 New York. The local news station is doing a series of video features on local influencers. I talked to them about my life, career, and travels. You can check the whole thing out here.

A return to Las Vegas! The trip began on November 30, so I’ll mention more in next month’s recap, but the highlights of the first day were eating at Gordon Ramsay Steak (and if you see an American Rib Cut on a steak menu anywhere, GET IT — it’s crazy good) and the sheer luck of having a row of three seats to myself on a six-hour flight. 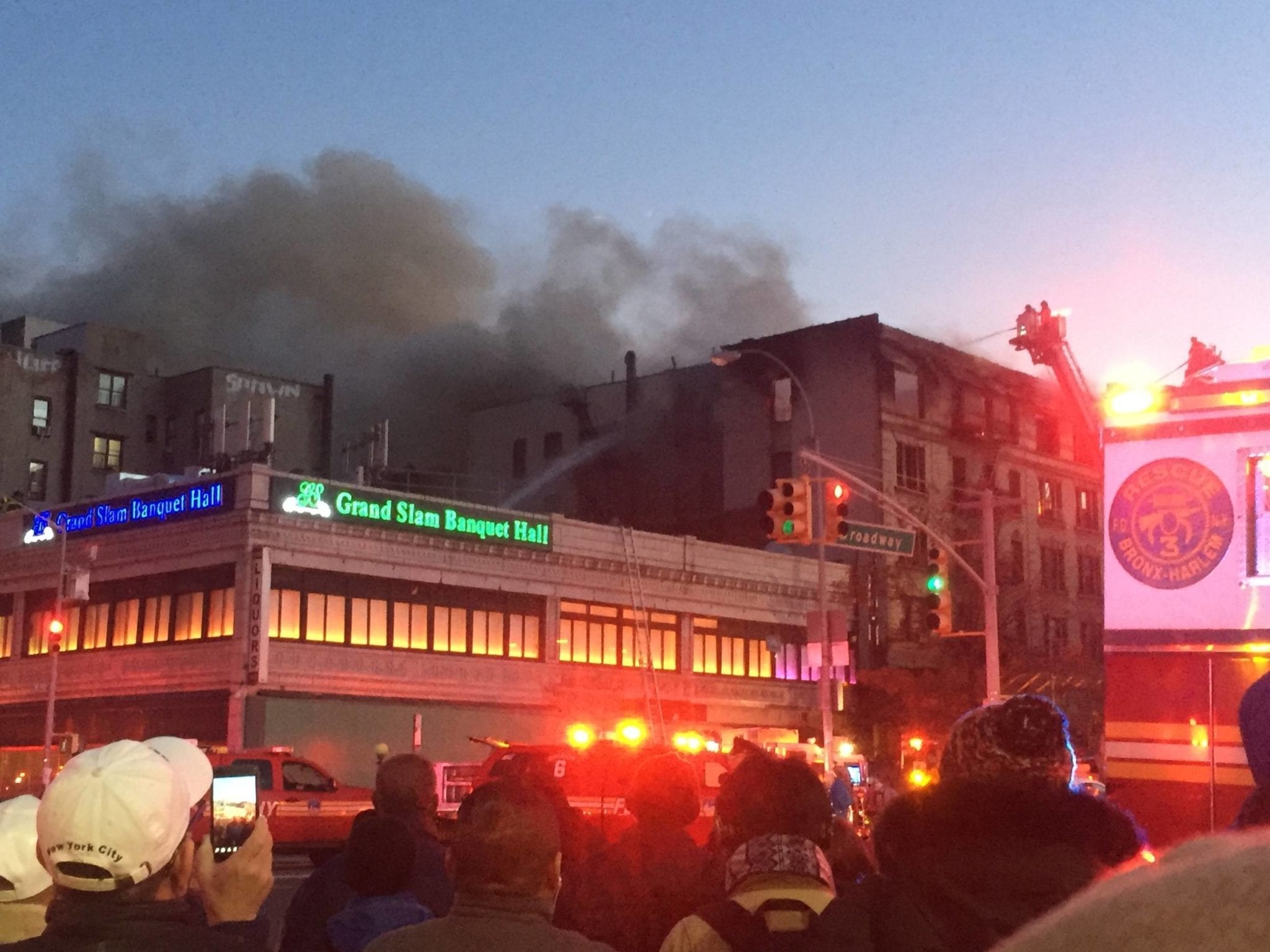 I got hit with some bad news at the end of the month. Nothing truly awful like death or illness, nor is it work- or business-related, nor is it anything juicy or gossipy, but it’s bad news anyway, and for reasons you’ll understand later, I’m keeping it private at the moment. It’s basically a huge disappointment compounded by a logistical pain in the ass, and it’s going to cost me a good amount of money. Fun times.

In other words, please be patient with me over the next few months, especially if you know me in real life. I’ll talk about it once things are settled.

There was a huge fire in my neighborhood. Six alarms and more than 300 firefighters were on the scene. Thankfully, neither my sister nor I were in danger, nor were any of our friends, and the injuries were miraculously minimal, but a lot of my neighbors have lost their homes. We’ve been raising money and collecting donations for them. 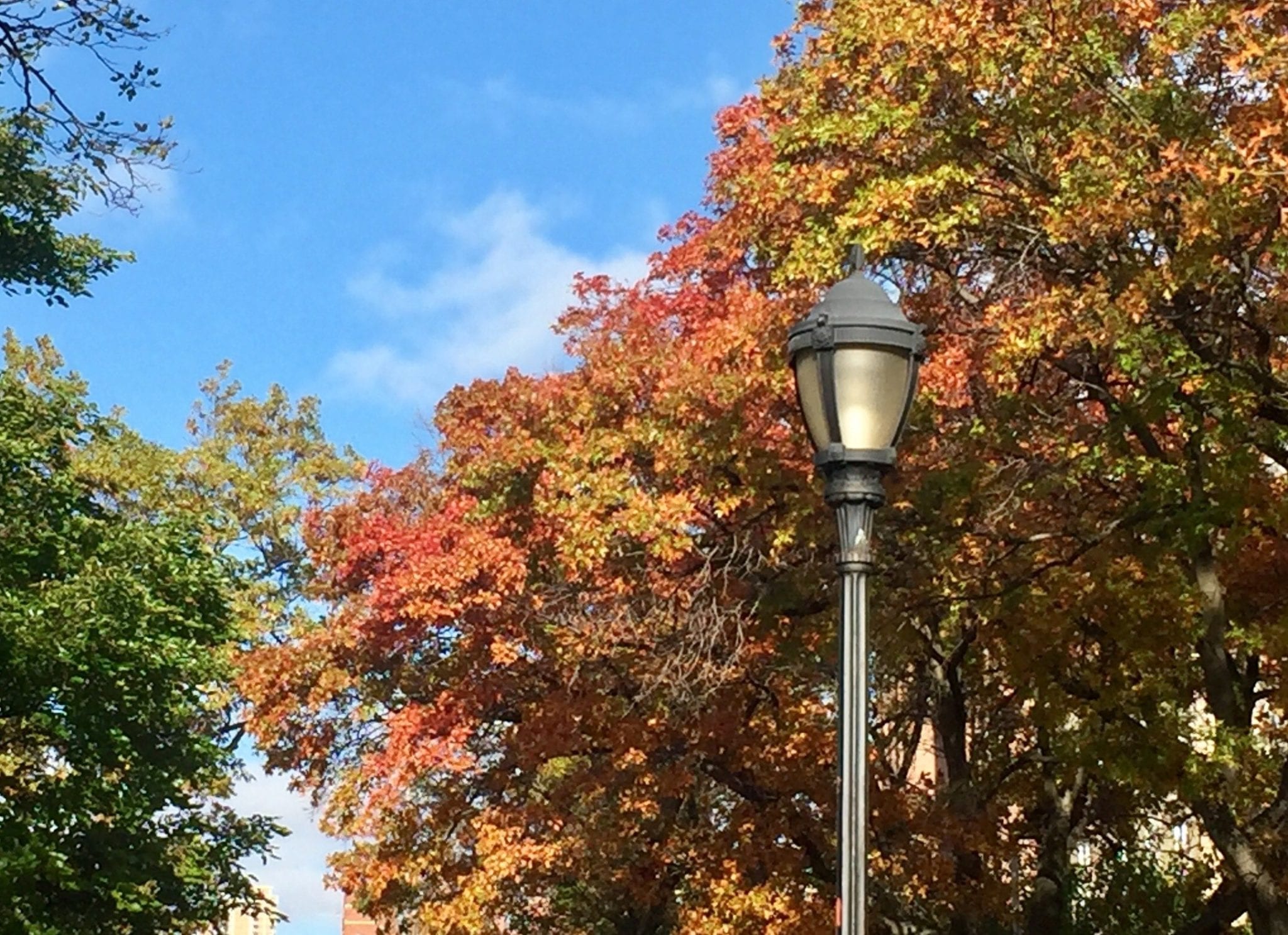 The Best Gifts for Travelers: 2017 Edition — I retool my gift guide with some great 2017 additions!

Solo Female Travel in Thailand — Is it Safe? — Everything women need to know about traveling in Thailand.

The 8 Best Old Towns in Europe — I narrow it down to my absolute favorites.

The Best Halloween Dogs in Hamilton Heights, Harlem — So many adorable Halloween doggos! 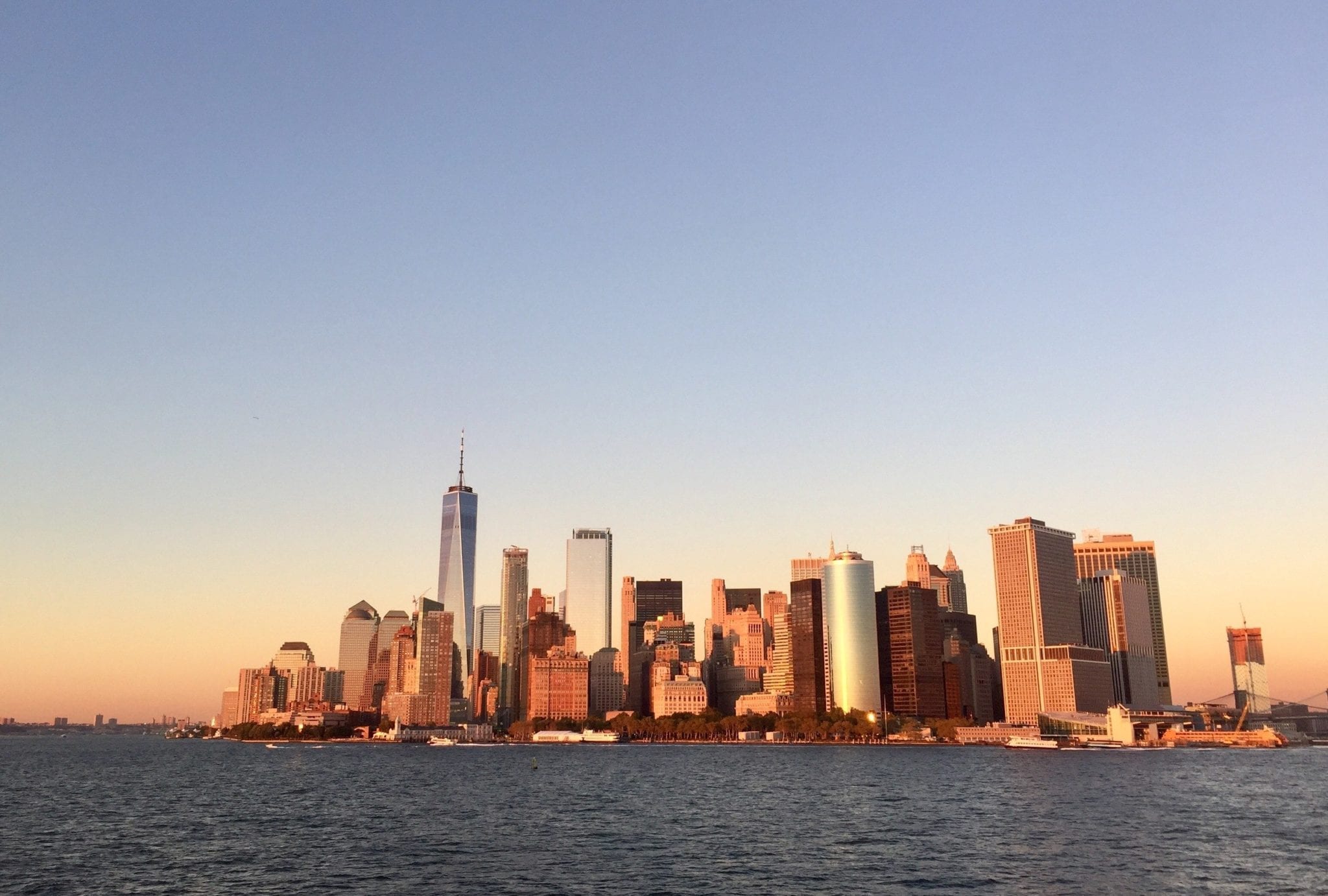 Hard to argue with a very rare view: a New York sunset without a single cloud in the sky, taken from one of the best viewpoints in the city: the Staten Island Ferry. For more live updates from my travels and New York in real time, follow me on Instagram at @adventurouskate. 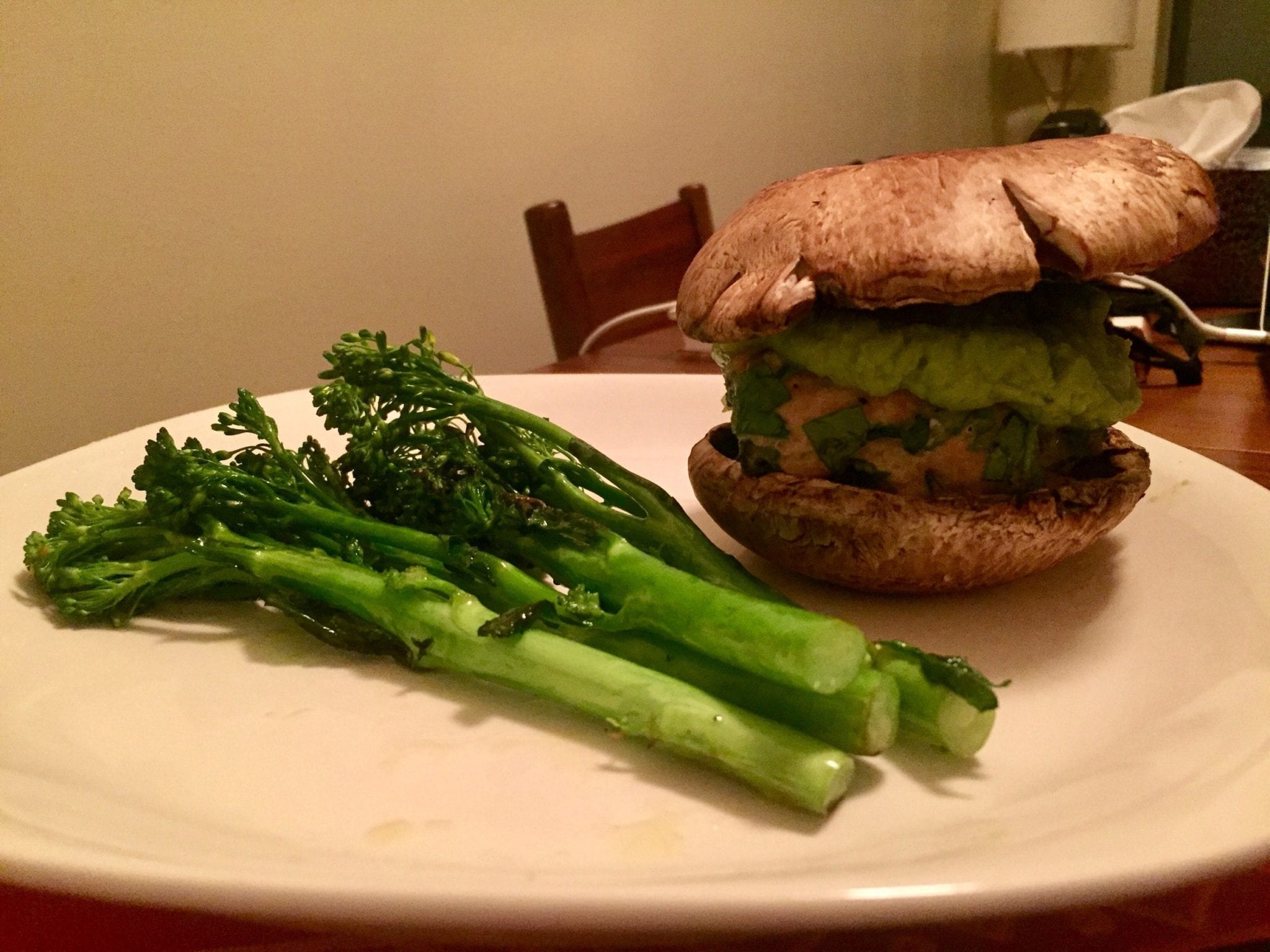 Whole30 is one of the best things I’ve ever done for my body. Stripping out sugar, alcohol, grains, dairy and lots of other things made my body suddenly start working far more efficiently. Altogether, I lost 8.8 pounds of fat and gained 0.8 pounds of muscle. That’s pretty much best case scenario for what my body can do in a month.

And one benefit that I didn’t expect was that my workouts with my trainer suddenly improved by leaps and bounds. For several weeks, I was struggling to do squats properly while holding kettlebells — and then suddenly it clicked and I was doing them perfectly. I was curving my back during kettlebell swings, then BAM — perfect swings. Bigger deadlifts, too.

I tried Pilates for the first time in October, and it’s since become a major part of my fitness regimen. I love it! It’s so weird, because I always get bored and exasperated at yoga and I always feel like I’m dying in barre, but Pilates is the happy medium. I feel so strong and aligned after I do it.

And finally — I’m doing Couch25K again! Couch25K is a running plan that takes you from being a couch potato to being able to run a 5K (3 miles, or about 30 continuous minutes) at once.

You might recall that I started Couch25K two years ago, got injured, and never picked up running again. Well, like many people, that was because I pushed myself too hard too fast. This time I’m determined to do it right — not running too hard or too often, stretching well, cross-training appropriately, and only increasing the intensity slowly. If this works out, I’ll be racing by spring.

Can we talk about This Is Us? Can we talk about how I can’t decide if I want Randall Pearson to be my husband, my dad, my brother, or my kid? It’s disconcerting. If you’re not watching, you can get started on Hulu and catch up…

One podcast that I really enjoyed this month was More Perfect’s episode about Citizens United. More Perfect is a fabulous podcast about the Supreme Court; it explains some of the Court’s more notable cases in an interesting way that non-lawyers can understand.

I didn’t know as much as Citizens United as I should have — looking back, I realize it was because the case was decided in January 2010, which was the month that my life blew up, leading me to start this blog and travel the world. It was a crazy time; no wonder I wasn’t following the news beyond the bare minimum.

So listening to this podcast was incredible — while I only knew the basics of Citizens United, I feel like I understand all the nuances of it inside and out now. What a catastrophe, and what terrible results for America. 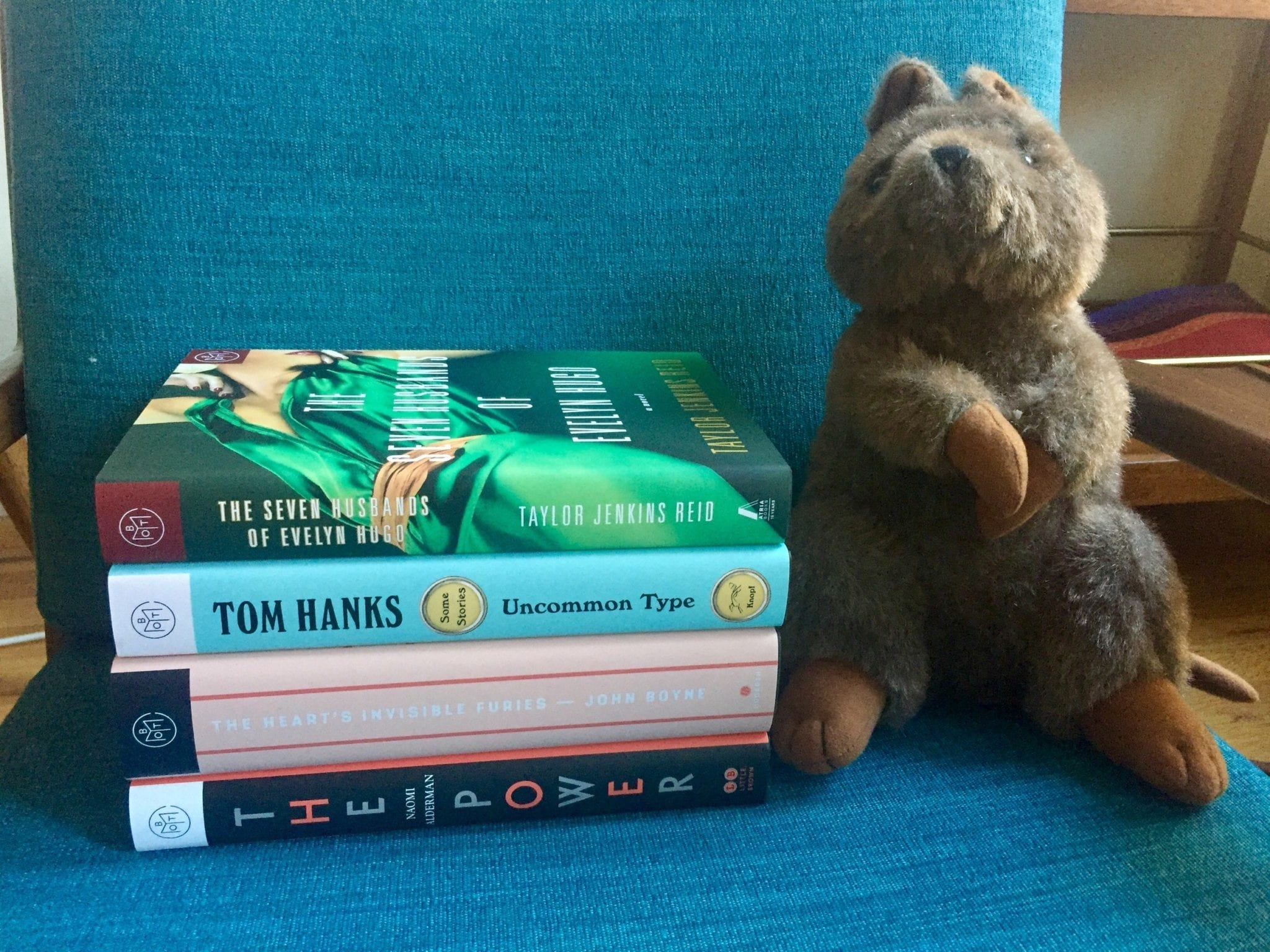 What Happened by Hillary Rodham Clinton (2017) — I didn’t want to read this book at first. Reliving the election was the last thing I wanted to do; I thought it would be too painful. So what changed my mind? Seeing so many people, from journalists to internet randos, saying that Hillary should just sit down and shut up.

Fuck that. Seriously. You’re saying that the first woman ever to be nominated by a major political party, a woman who won the last election’s popular vote by nearly three million votes, deserves to be silenced for the rest of her life? No. Al Gore and John Kerry and John McCain and Mitt Romney didn’t get the same treatment.

So I read the book. And I really liked it. It was a deep delve into the election from Hillary’s perspective, and honestly it felt so damn good just to hear her voice speak through her writing. So if you’re like me and you weren’t going to read What Happened because you thought it would be too painful, I encourage you to do so anyway. I think you’ll be glad you did.

Chemistry by Weike Wang (2017) — What happens when your world drops out from beneath you? In this book, an unnamed narrator, a Chinese-American student working on her Ph.D. at an elite Boston university, has a breakdown. She can’t decide whether to continue pursuing her doctorate or whether she wants to marry her perfectly nice boyfriend, and when compounded by pressure from her parents, she slides deep into indecision, letting the world decide for her.

This book is sweet, and short, and gentle — but what surprised me the most about it was that it read as a lesson in how to be kind to yourself, how to forgive yourself, and how to find joy and meaning after giving up the life you always thought you’d have. 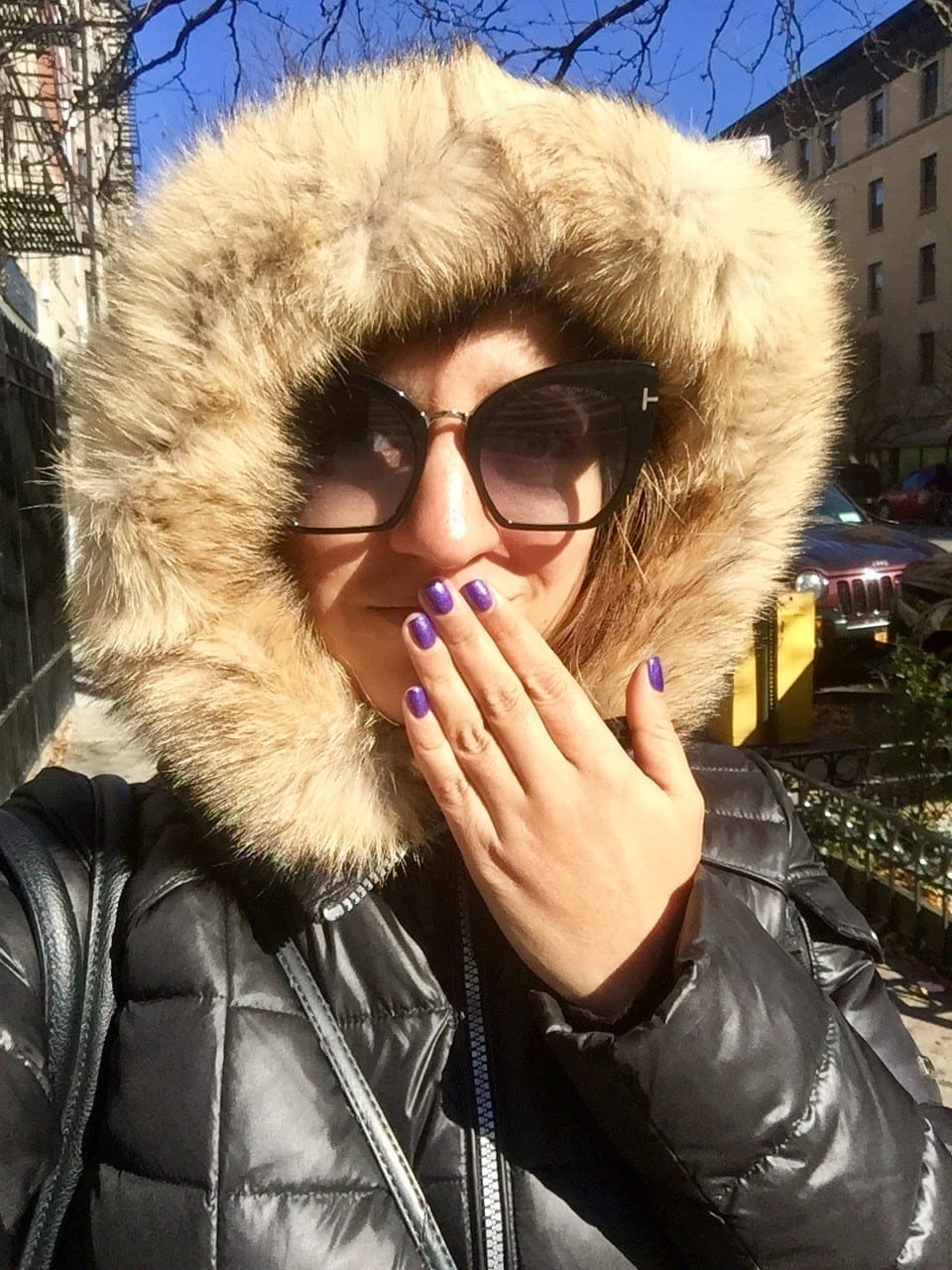 Priestdaddy by Patricia Lockwood (2017) — I like to think that the best memoirs are by people with exceptional life stories, told in an exceptional way. Most memoirs are only one or the other, but I don’t think a single memoir has been equally strong in both areas as Priestdaddy. Patricia Lockwood grew up with a Catholic priest for a father (yes, the Vatican allows some clergy from other Christian denominations to convert to priesthood, even if they’re married and have kids, and it’s rare but it does happen). And the story is told beautifully because Lockwood is a poet. Every sentence is a work of art.

The memoir covers the nine-month period that Lockwood and her husband lived at the rectory with her parents to save money, as well as some childhood anecdotes. Basically, her father is a guitar-jamming, nudity-loving, abortion-protesting larger-than-life character, and her mother and four siblings are various shades of quirky and hilarious as well. I’ve never read a book remotely like this before. Just one warning — Lockwood’s prose is so detailed, each word placed carefully, that reading it will probably take you longer than you think. This is a book to savor, not speed through.

Practical Curiosity by Alex Berger (2017) — I am a big fan of my friend Alex’s writing on his site, Virtual Wayfarer, so when he released his first full-length book of observations on life, love, and travel, I was eager to dig in. Alex has a perspective that I’ve always valued — we’re about the same age, but he has the wisdom and insight of someone much older, and I love how he puts his thoughts into words.

If you’d like to look at your life a bit differently, add more adventure and curiosity to your life, or nod in appreciation about how much long-distance relationships suck, this is a great (and cheap!) book to check out. 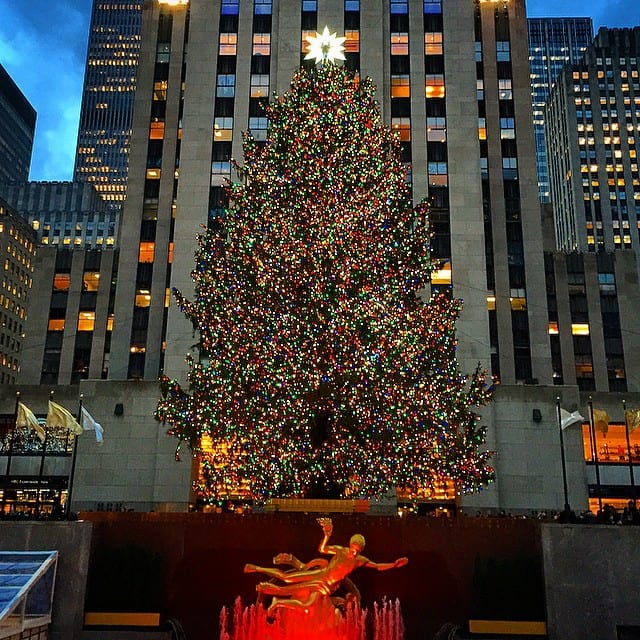 No travel plans other than the remaining days in Las Vegas that I just finished. I should be home in Massachusetts for Christmas, though.

And it’s a good thing that my upcoming Antarctica trip was postponed from December to March, since I now have to spend December taking care of the issue that I mentioned in the “challenges” section above.

What are you up to this December? Share away!