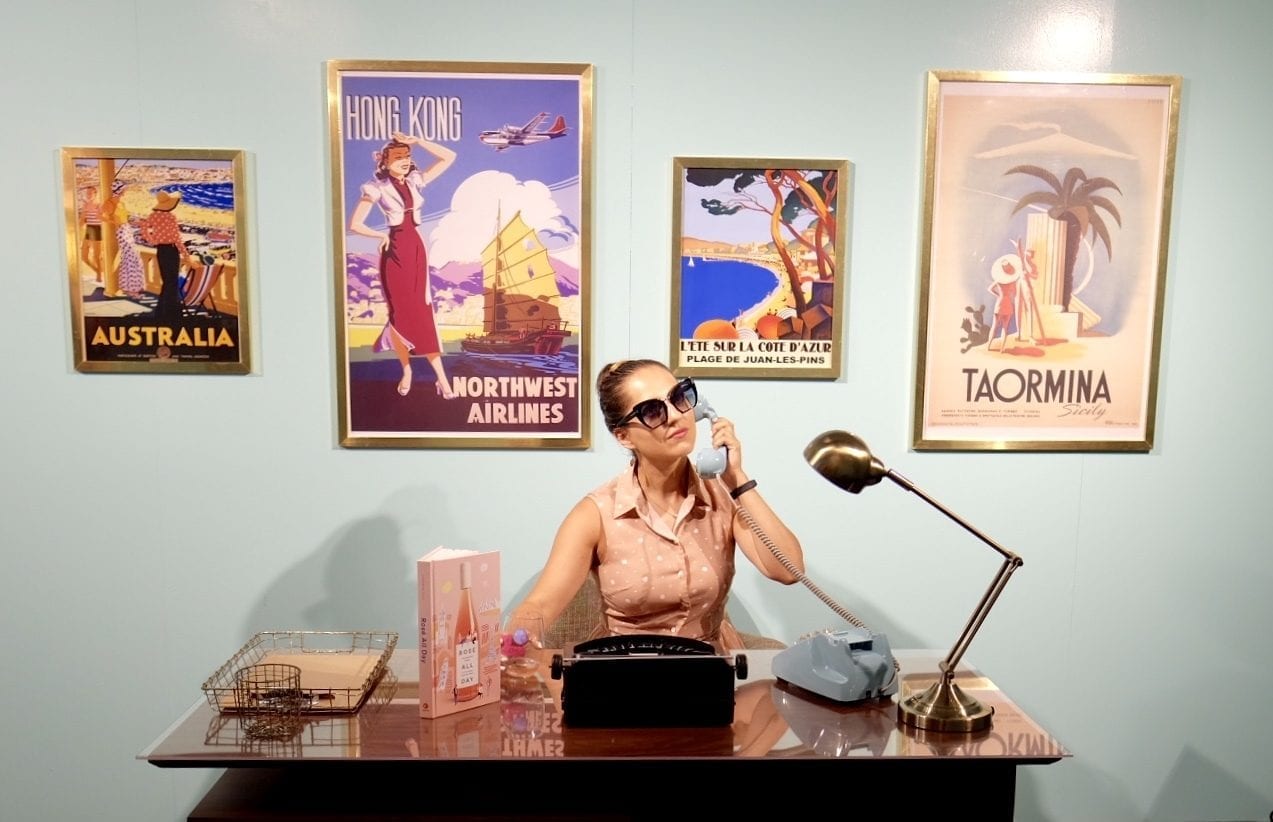 July was one of the busiest and most exhausting months of my life — but in a very good way! It seemed like I was scheduled to the last minute, but with so many good activities.

This is my third summer in New York. Each year I’ve wanted to have a big, epic New York summer — but each year I end up traveling a ton and not getting to do many things. This year is different. I’m really living it up now.

Here’s everything I got up to in July. 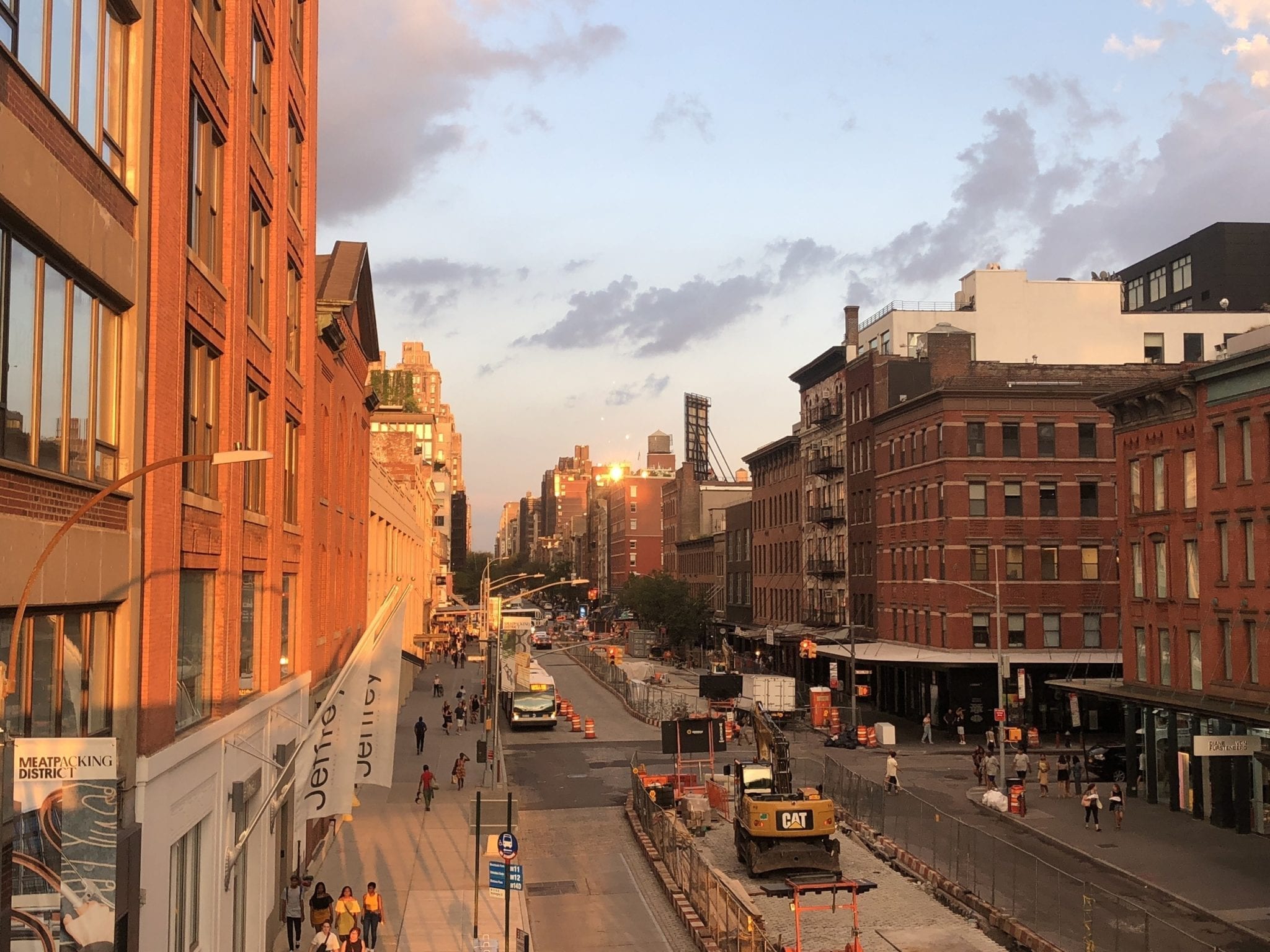 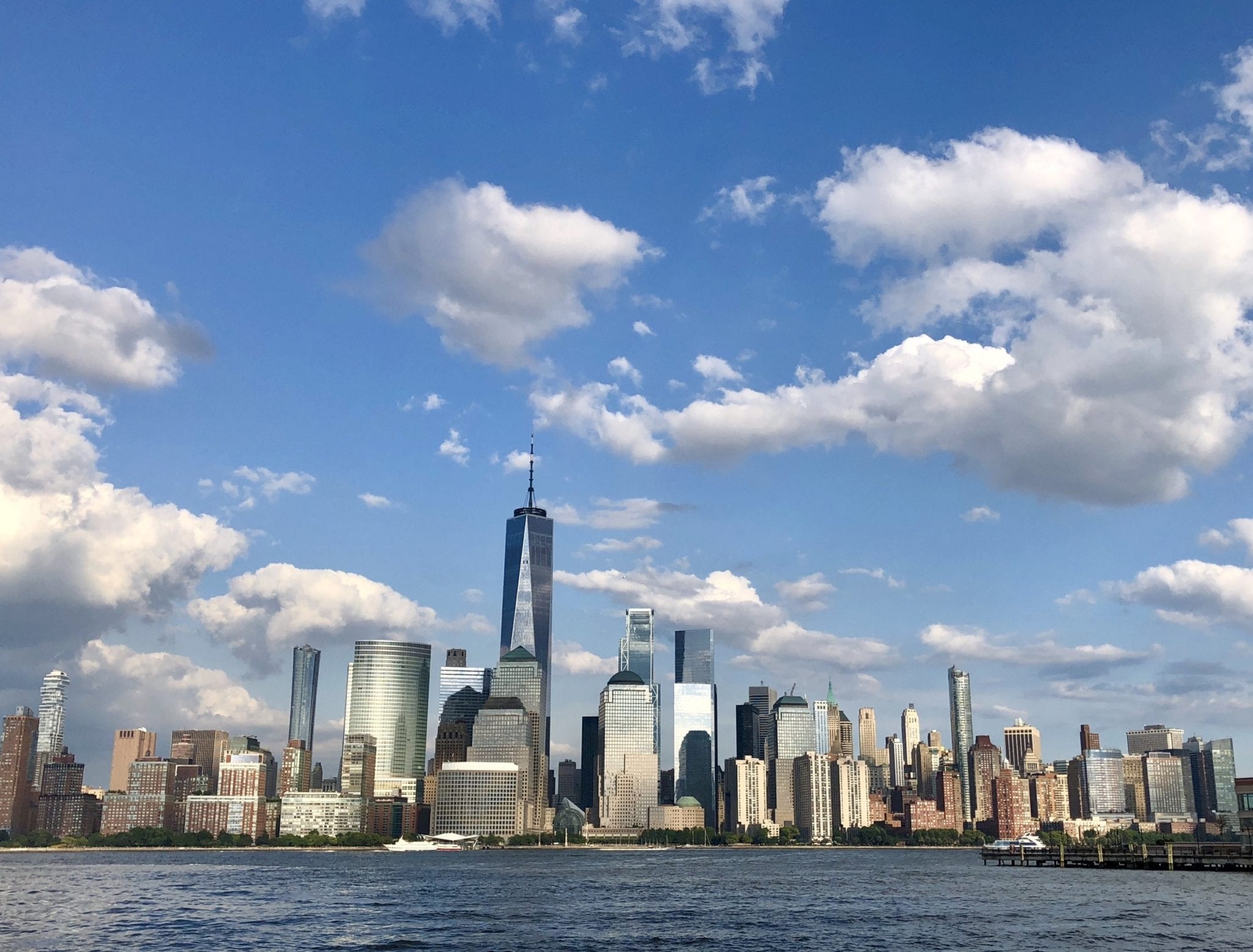 There’s nothing like summer in the city…July is all about NEW YORK. 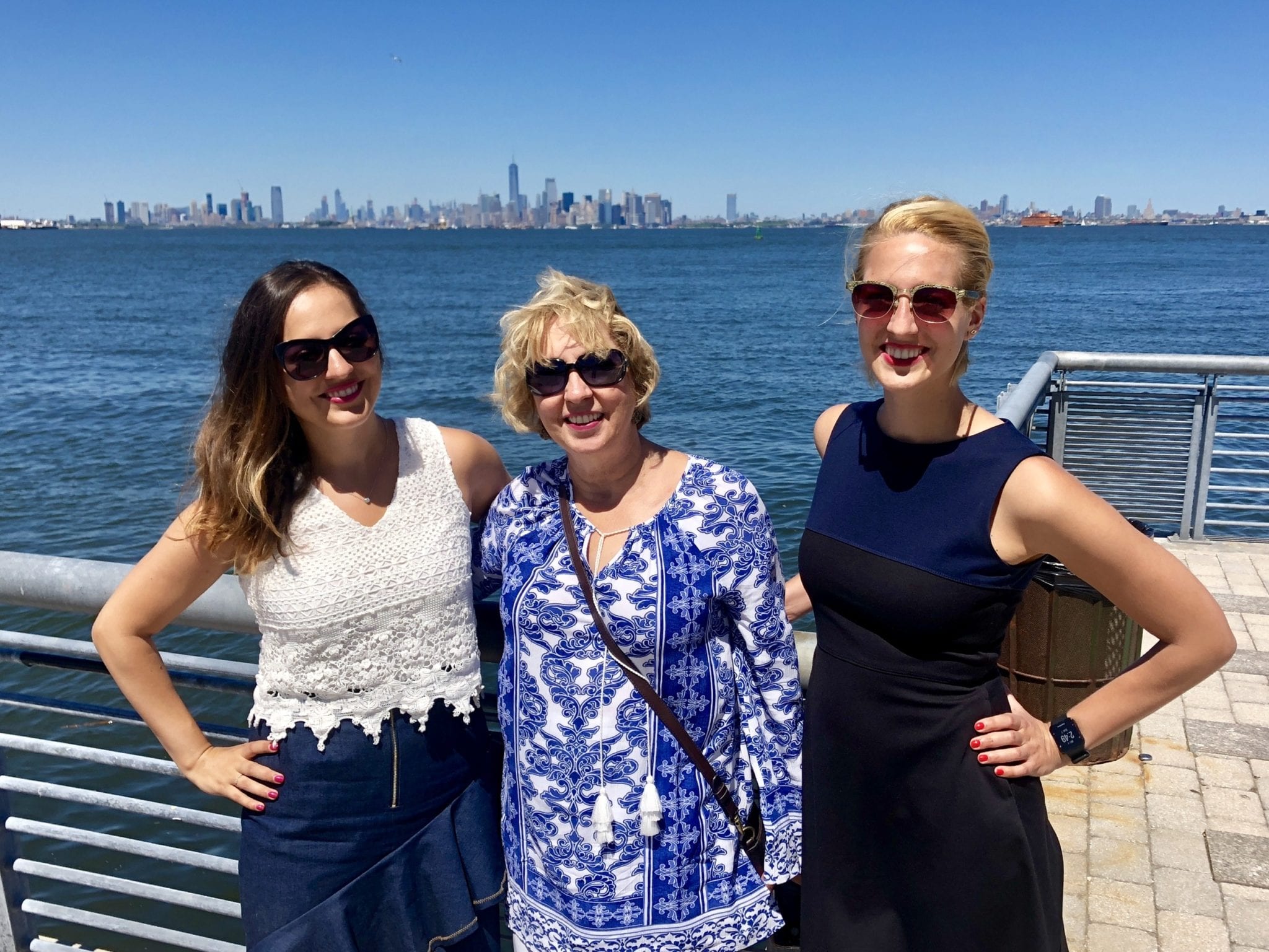 A perfect day in St. Croix. The month began with our final morning in St. Croix and arguably the most beautiful day of all! It was nice to hang out on the beach and drink in those Caribbean breezes.

A fun visit to Cleveland. I’ve always been curious about Cleveland but never had a reason to go, so I was glad to get an opportunity to visit! I was especially surprised by its food scene and cultural offerings. Expect a full post on Cleveland soon! 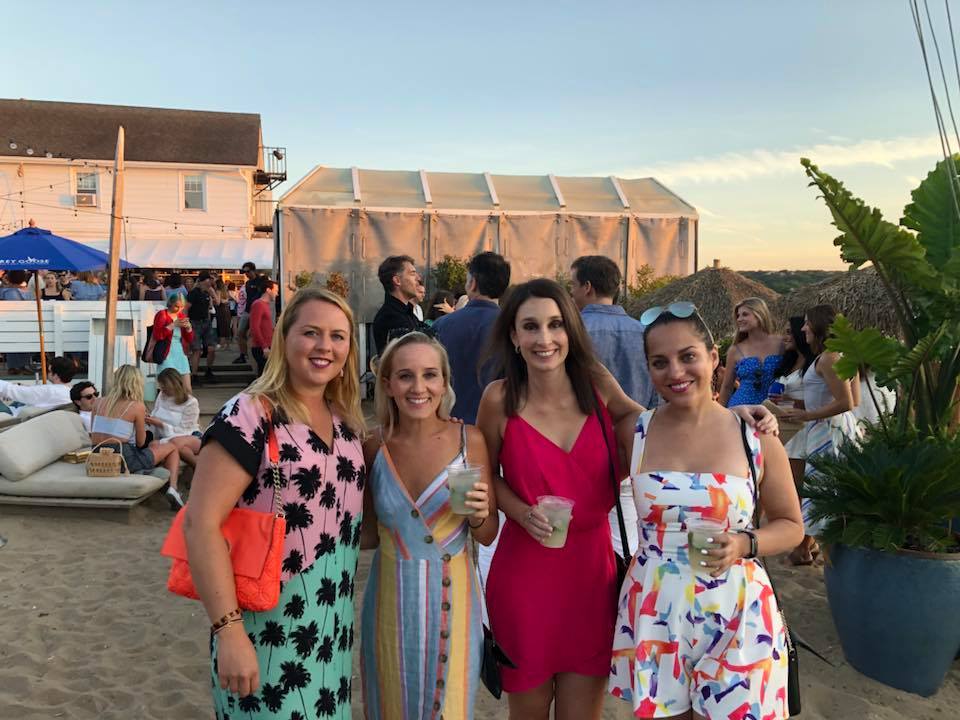 My first weekend trip to the Hamptons. It was a lot of fun, with some great parties…but a bit strange. Dollar for dollar, I think it’s perhaps the worst value for money place I’ve ever visited, but I still had a great time, and I loved experiencing it from a cultural perspective. The people who attend, how they act, what they wear, the places they go. I’d totally go back!

Seeing Come From Away on Broadway. Oh my God, I LOVED THIS SHOW. It’s probably my second favorite show after Hamilton!

Come From Away tells a story that was almost unknown until fairly recently — on 9/11, when the US airspace was closed, 38 planes were diverted to the tiny, quirky town of Gander, Newfoundland for several days. Though it was a scary and confusing time, the townspeople opened their homes and hearts to these strangers and so many friendships were formed. The musical tells the real stories of several of the locals and “Plane People.”

I recommend this show highly — it’s sweet, heartwarming, and the music is wonderful. When it’s sold out, you can get standing room tickets for around $27 — and since it’s a 100-minute one-act play, it’s one of the better choices to see while standing.

My first rooftop Fourth of July. I’ve been waiting for years (both in Boston and New York!) to have a friend with a rooftop to view the fireworks! Finally, this month a friend moved into a place in the East Village with a great view and she kindly invited me to watch the fireworks. It was outstanding. 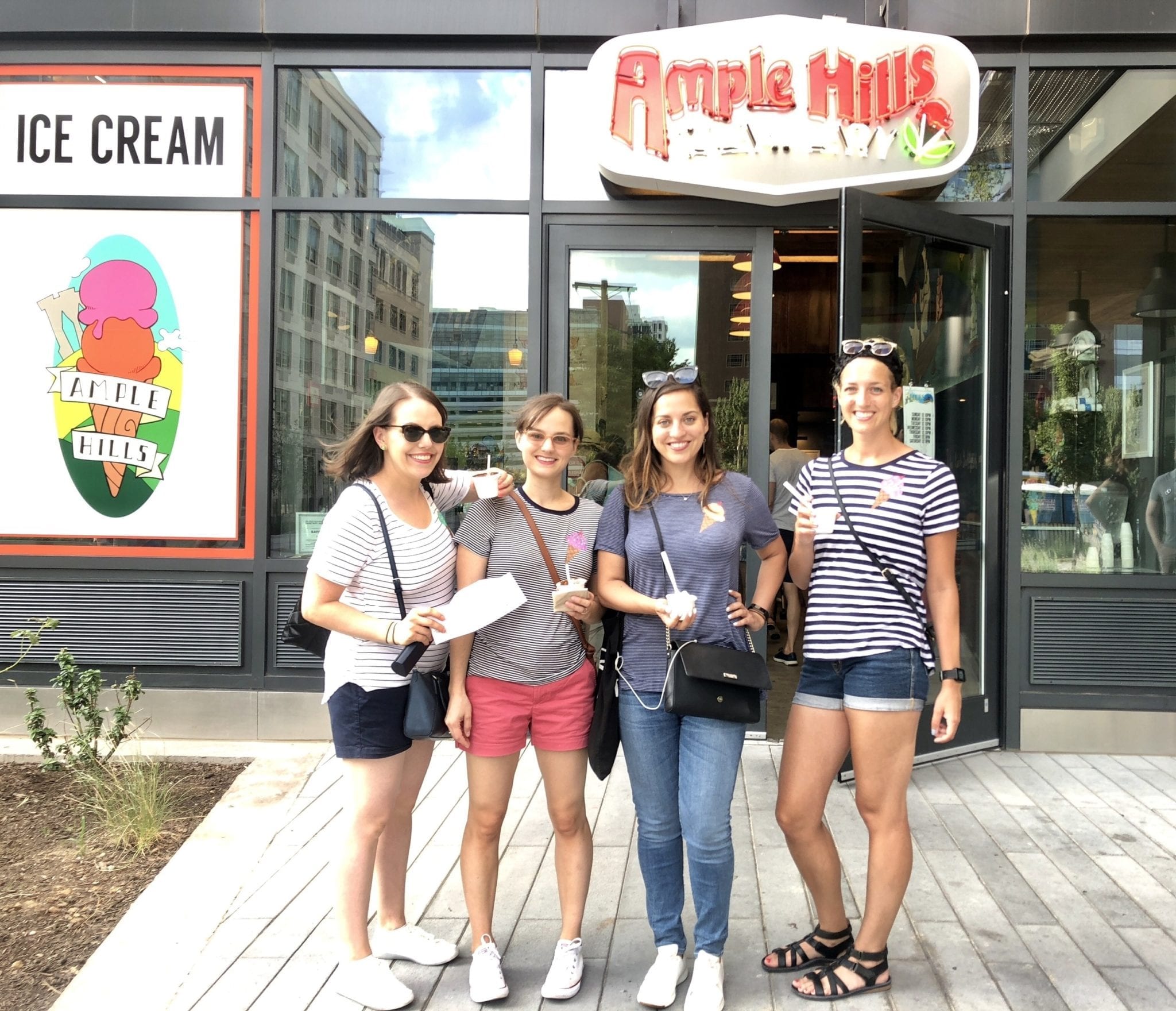 A legendary 10-stop ice cream crawl. My friends and I went to all 10 Ample Hills ice cream parlors in one day and ate ice cream at ALL OF THEM. The is called the Hillionaires’ Club, and if you go to every location in a single day (with proof), they give you a ton of swag. My biggest surprise was how easy it was to eat 10 ice creams in a single day! It was a blast and I can’t wait to write a full post about the experience.

Visiting the Rosé Mansion. I’m loving the trend of pop-up museums made for Instagram! The Rosé Mansion is a series of fun backdrops interspersed with rosé wine tastings. Everyone there was dressed to the nines and I’m glad my friends and I dressed up for the occasion.

Visiting the 9/11 Museum for the first time. While I visit the memorial often, I think once was enough for the museum. I’m glad I went, but it was an intense experience and I don’t think it. It also bothered me to see how many bored teenagers were texting there.

Meeting a sweet new baby girl. I finally met my friend’s two-month-old baby girl. She’s tiny, smiley, and loves to eat her hands. She’s pretty much a cousin to the baby boy I’ve written about here before, and it was so nice hanging out with both of the babies together! They even held hands without prompting!!!

Other fun times with friends: doing an Instagrammable food crawl with Cailin (love the sushi donut at Poketeria!), watching the World Cup final at my local bar (and freaking out with everyone when it lost satellite), making a Saturday night celebration out of seeing Skyscraper with a group of friends, celebrating my friend Matt’s birthday on the Staten Island Ferry, and more. 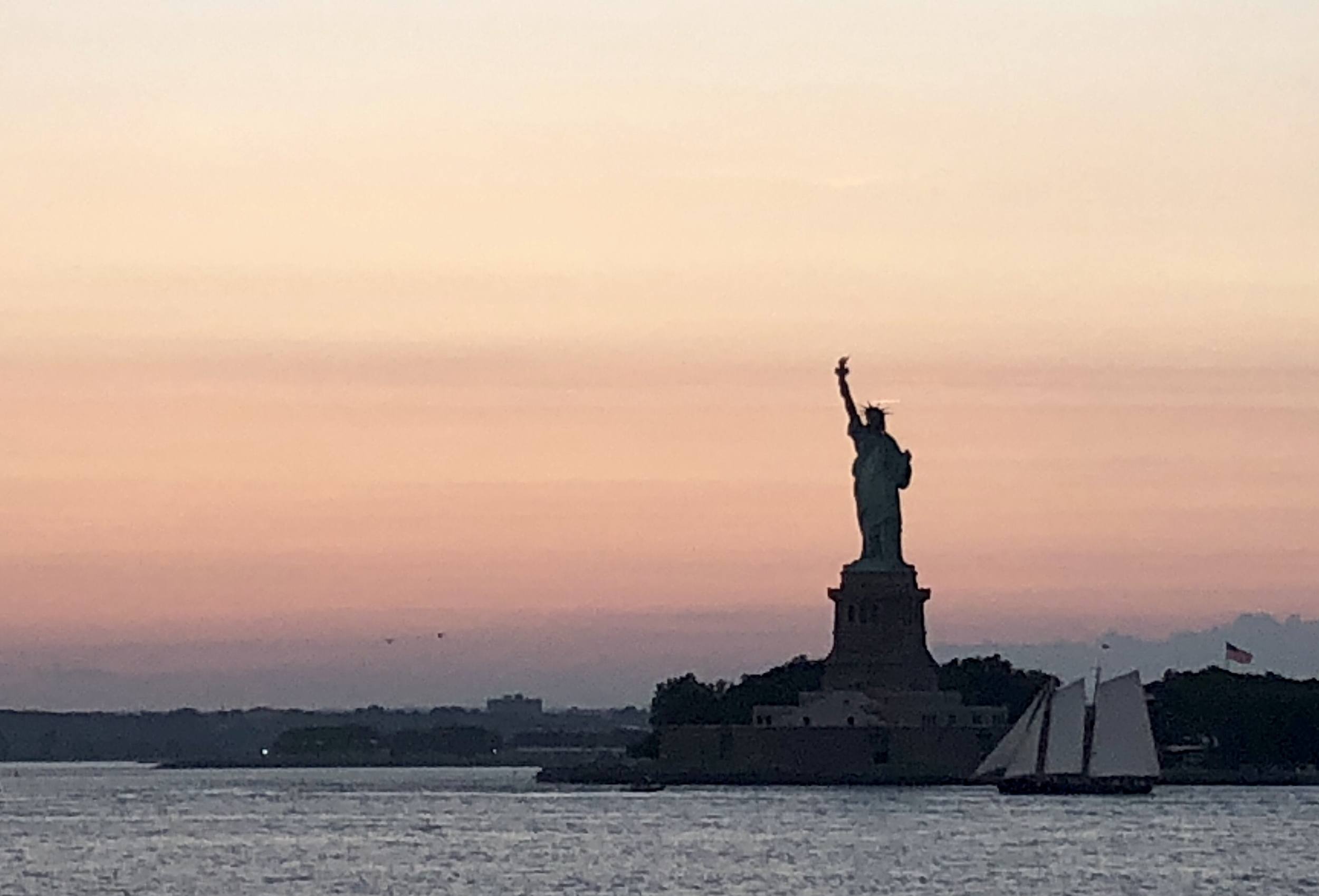 A horrific experience in the Hamptons. I’ll give you the basics: we made some new friends; they invited us to their house that night, where we had a great time hanging out; at midnight we ordered some Ubers to go to a bar; and as soon as we got in the car (me, two of my girlfriends, and four of the people staying at the house), they began hurling verbal abuse at the driver that continued without abatement for the entire ride.

It was a situation made scarier because we were in the middle of the woods in an area without streetlights or phone service. The house people did not listen to our pleas to please stop yelling at the driver and just let him get us to our destination safely.

It was ugly and the epitome of drunk, entitled, rich people shitting all over a service industry worker. And it shows that alcohol reveals people’s true personalities. There’s MUCH more to the story than what I shared but I may write about it more at a later date.

Aside from that, I overextended myself this month. Having too many friends to see and things to do is a very good problem to have, but I ran myself ragged, didn’t get enough worked done, and only read one book this month. I get stressed and grouchy when I don’t have enough time to myself, so I’ll be turning the intensity down in August. 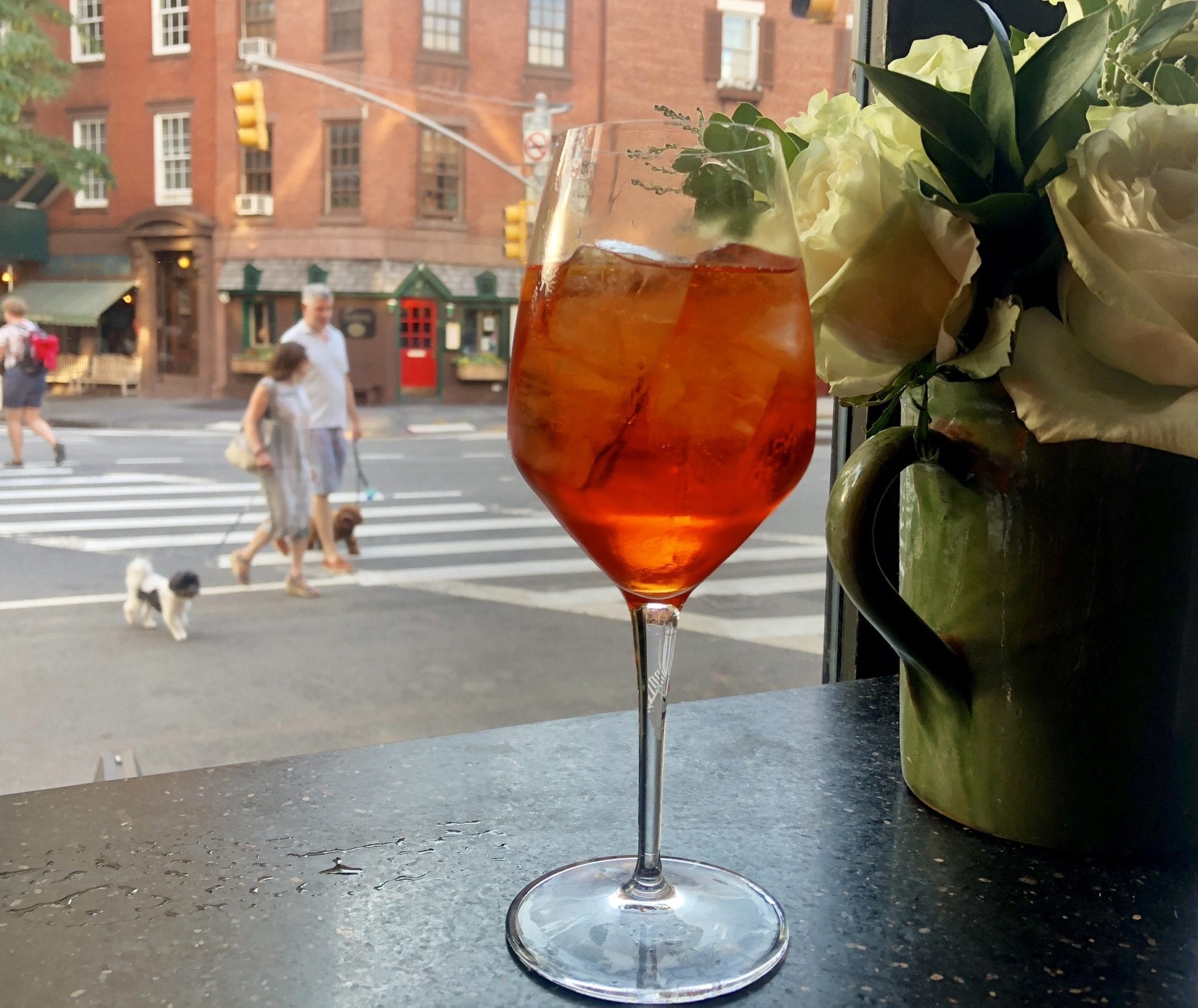 A Weekend Getaway to St. Croix with Spirit Airlines — A fun and unexpected weekend on a cool Caribbean island.

In New Orleans, The Sweet Art of Stillness — I was born to go fast, but you can’t do that in New Orleans. Here’s how I learned to take it slow.

Why Hip-Hop Belongs in the Rock and Roll Hall of Fame — People love to argue that hip-hop shouldn’t be featured here, but hip-hop is the epitome of rock and roll.

Thailand Off the Beaten Path with Global Basecamps — If you’re looking to plan a trip to Thailand, this is an excellent sustainability-minded company.

Where to Stay in Rome — Best Neighborhoods and Accommodation — A complete neighborhood and accommodation guide for the Eternal City. 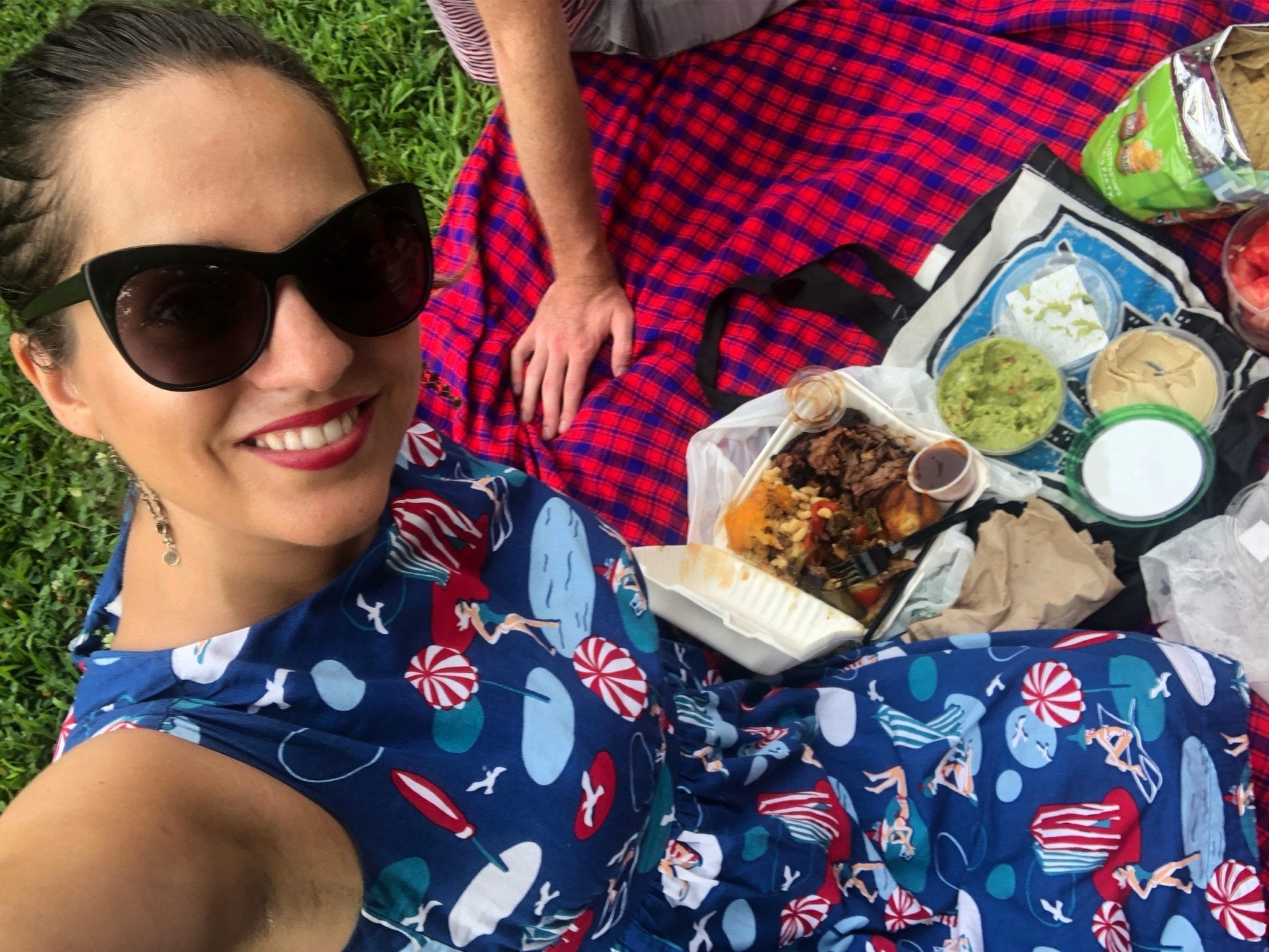 It was more what the post said. On the Fourth of July, I shared some of my thoughts of the state of the country today, and feeling fatigue when it comes to resistance:

It’s a bit of a complicated Independence Day this year. I love my country — fiercely and proudly. I always have been and will always be grateful and proud to be American.

But many Americans believe loving your country means supporting its actions blindly. I find that attitude cowardly. For me, being an American means acknowledging its horrors and doing everything you do to make things better.

That’s twofold. Acknowledge the horrors. And WORK TO MAKE THINGS BETTER. Many people horrified by the current state of America are doing plenty of the former but none of the latter… 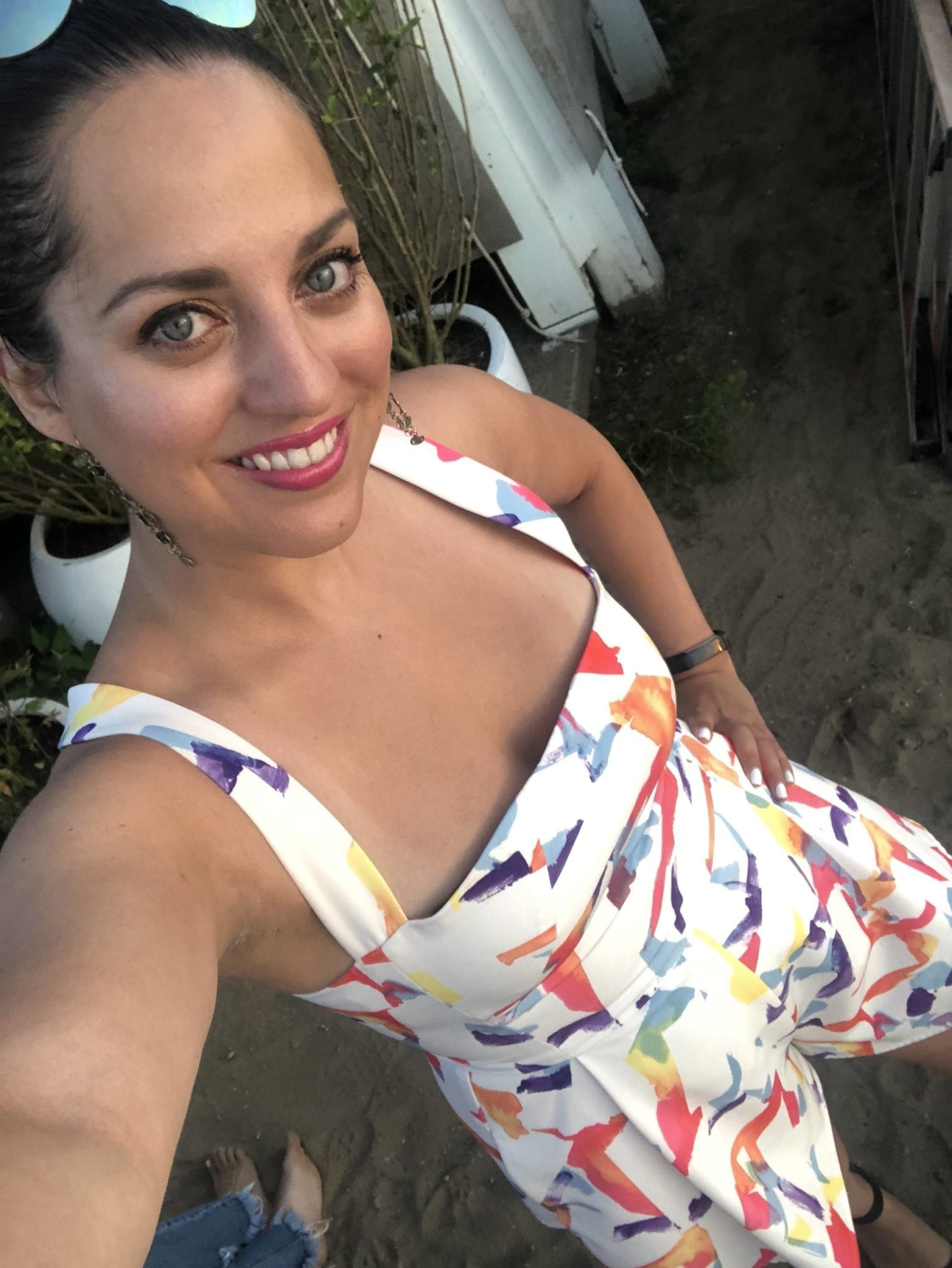 What I Wore This Month

When I saw this crazy 80’s patterned romper on Rent the Runway, I knew I had to try it! It’s by Black Halo. I especially loved the balconet-style straight neckline.

I get to choose four items per month from Rent the Runway Update. This was my second month and I’m obsessed with it! 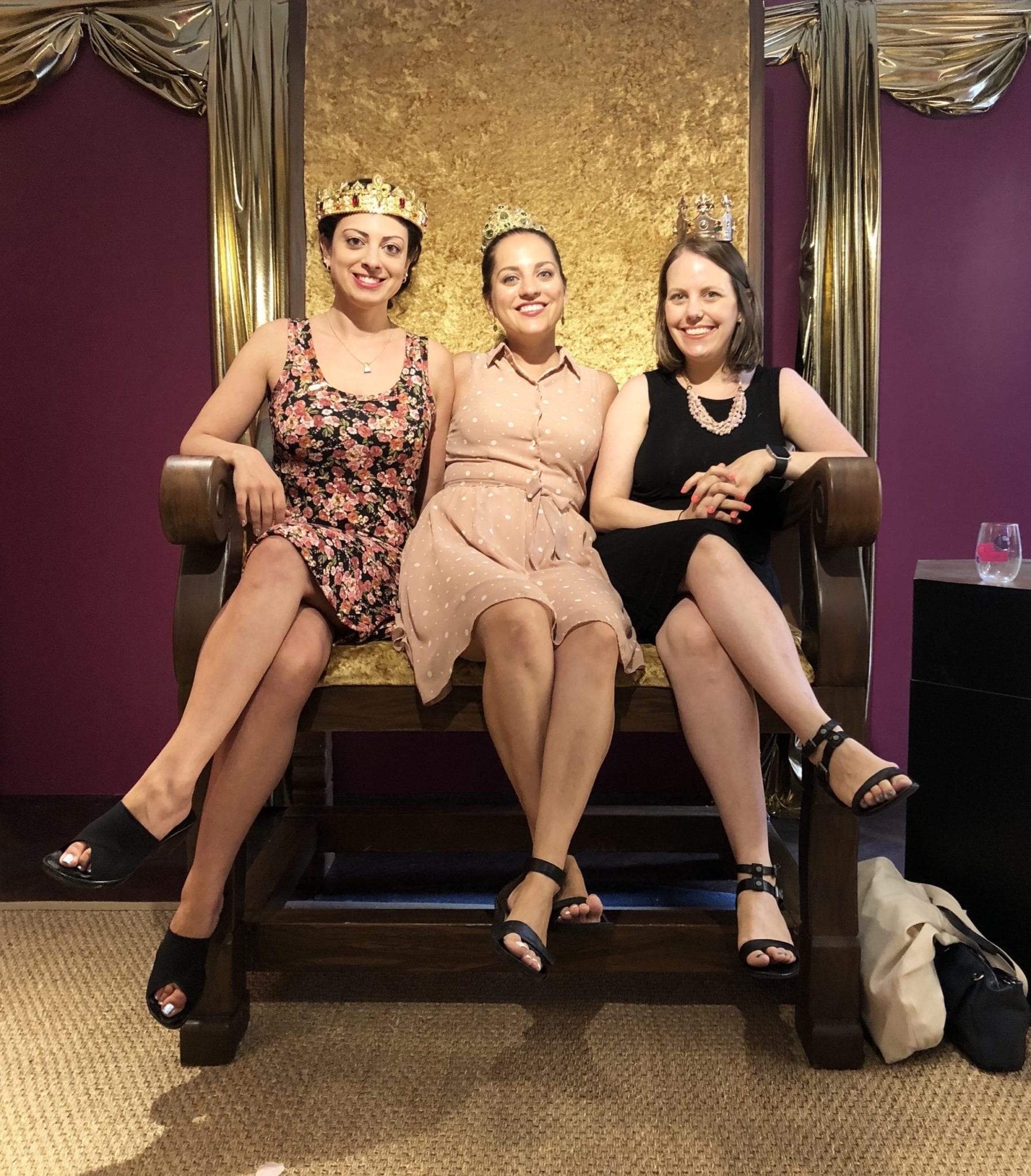 I also selected a few pink items that could work for the Rosé Mansion, and I ended up going with this dusty rose polka dot dress. It reminded me a lot of the brown polka dot dress Julia Roberts wears in Pretty Woman.

In retrospect, it wasn’t quite perfect for the Rosé Mansion — I should have gone with something bright and neon to match the decor — but the dress felt like I was wearing a glass of rosé champagne! 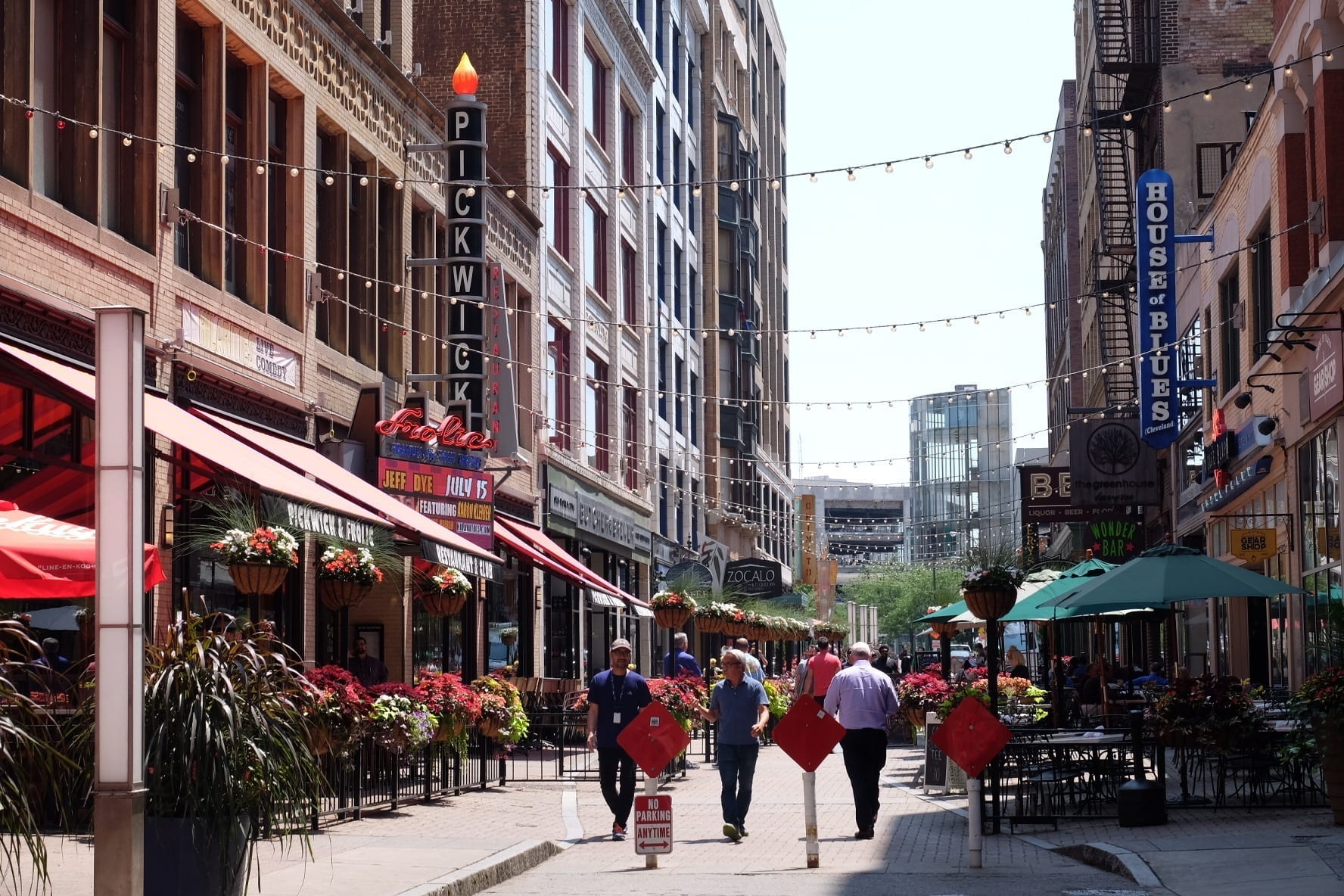 I’m a huge fan of the Pod Save America podcast, a political podcast by four of Obama’s former staffers, and this month Pod Save America host Jon Favreau released a new serial podcast: The Wilderness. It’s a deep dive into the history, culture, and issues of the Democratic Party. Each week analyzes a new topic in depth.

If you’re a liberal who enjoys political commentary in the least, this is a very interesting podcast that is actually trying to solve the big problems within the party. Give it a listen. There will be new episodes each week until the midterms. 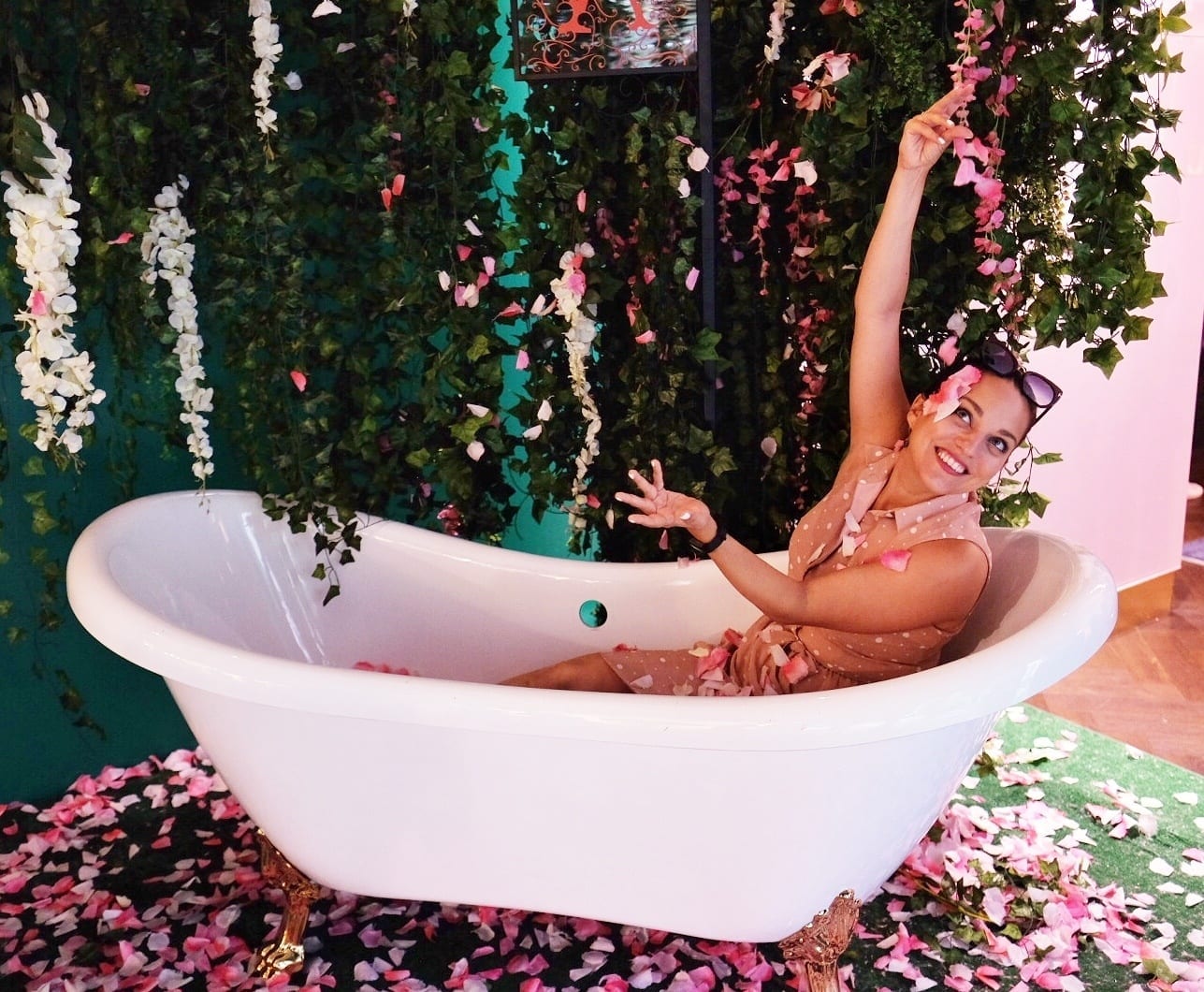 For the first time in years, I fell off the wagon. Only one book read in full this month. I can’t believe it.

Who Thought This Was a Good Idea? By Alyssa Mastromonaco (2017) — Alyssa Mastromonaco was Deputy Chief of Staff to President Obama at the age of 36. Very few women that young have ever worked in the White House at that high level, and as such, this is an all-too-rare point of view for a political memoir.

Every time I read about working in the White House, I’m so divided — it sounds like the most exciting job in the world, yet it takes over every aspect of your life. Mastromonaco doesn’t come from a wealthy, connected, or political background — she tried politics, liked it, tried a few other careers, missed politics, got back in, worked her ass off, and got a job with Kerry, then Obama. My only gripe was that I wish the book had been arranged chronologically, rather than separated into themed chapters, to make it a bit easier to follow. Either way, I love her voice and it’s a great view into what it’s like to work in this very cool career. 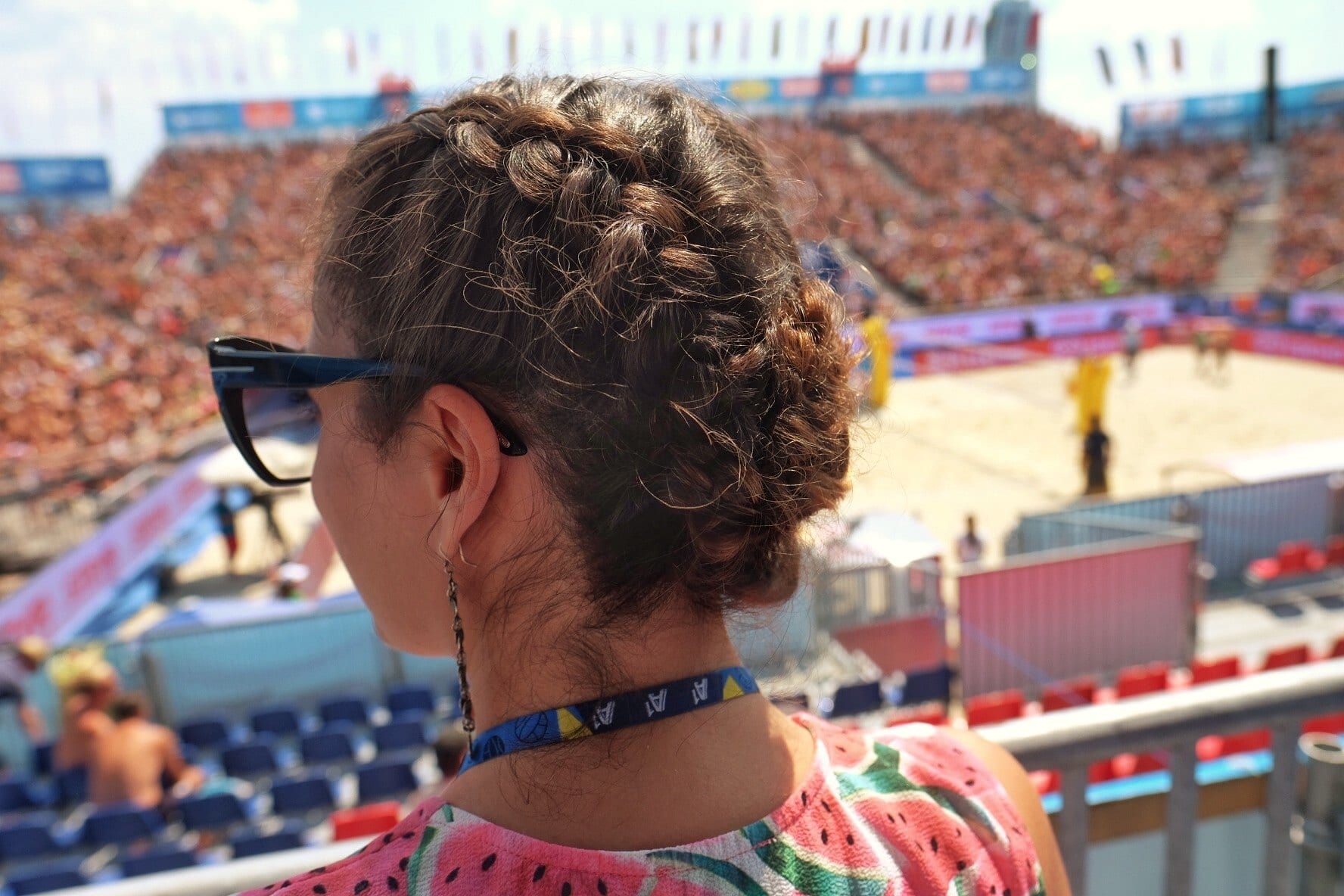 Beyond that, I’ve been weighing a few travel possibilities for this month, but they are all relatively close by. Even so, this has been a summer of last-minute travel opportunities, so you never know what could pop up.

Hanging out in the city will be my main priority. I have a lot of work to do this month, and I’d like to see a show or two. And even though I keep saying I’m about to do it, I absolutely must get my passport renewed! It’s eight years old, pretty much full, and still waterlogged and foul-smelling from the shipwreck in 2011.