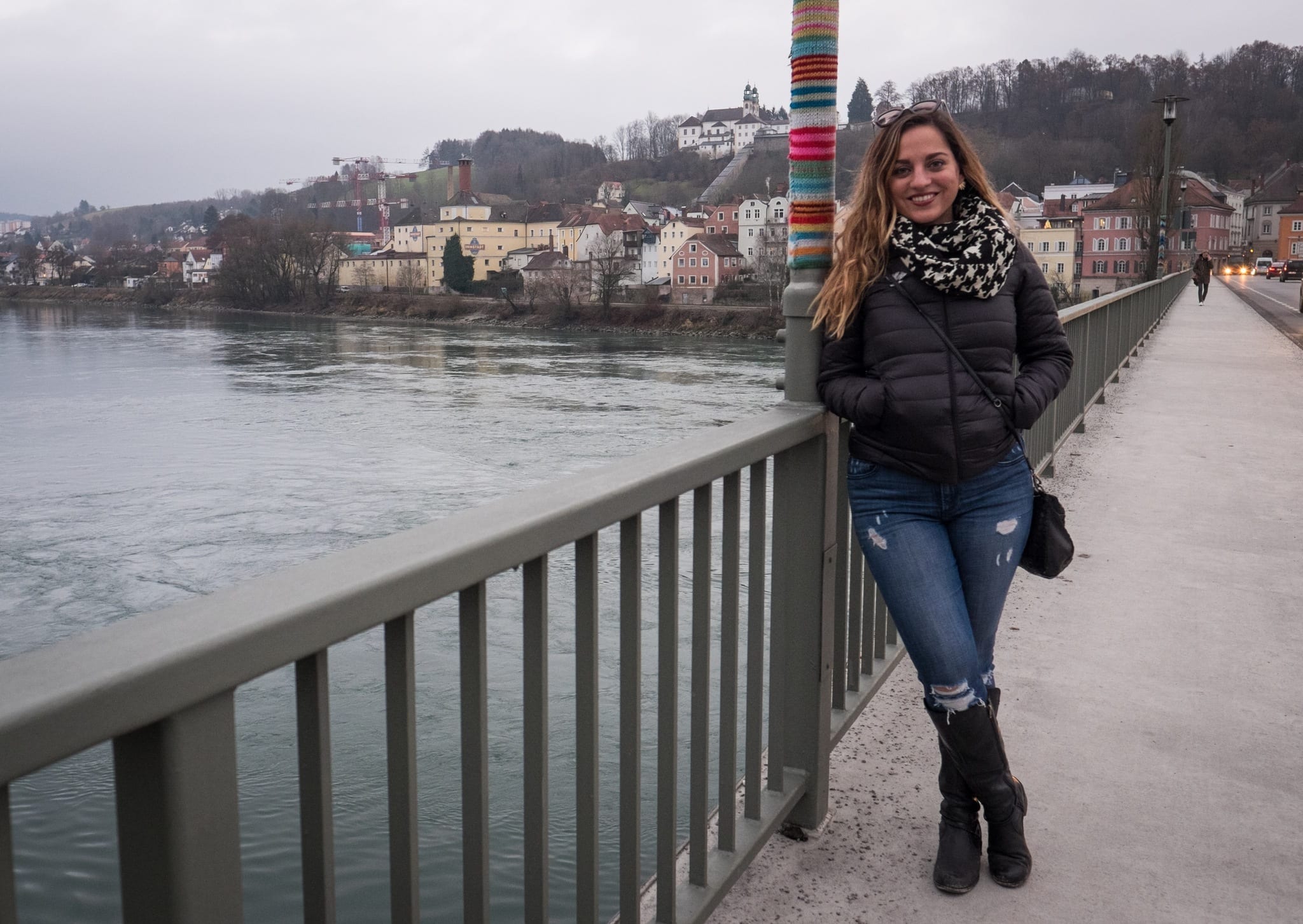 And just like that, 2016 is over. It couldn’t have come soon enough. I didn’t buy into the “Fuck 2016” memes until the election in November, and then I was fully on board. Talk about an awful year.

Now that it’s 2017, even though it’s just an arbitrary difference, I feel like a lot of people will be able to let go of anger and begin welcoming more positivity into their lives. I feel inspired to get a lot of work done this year.

I already recapped a lot of this month in my best of the year posts, so let’s push on through and talk about what made this month special. 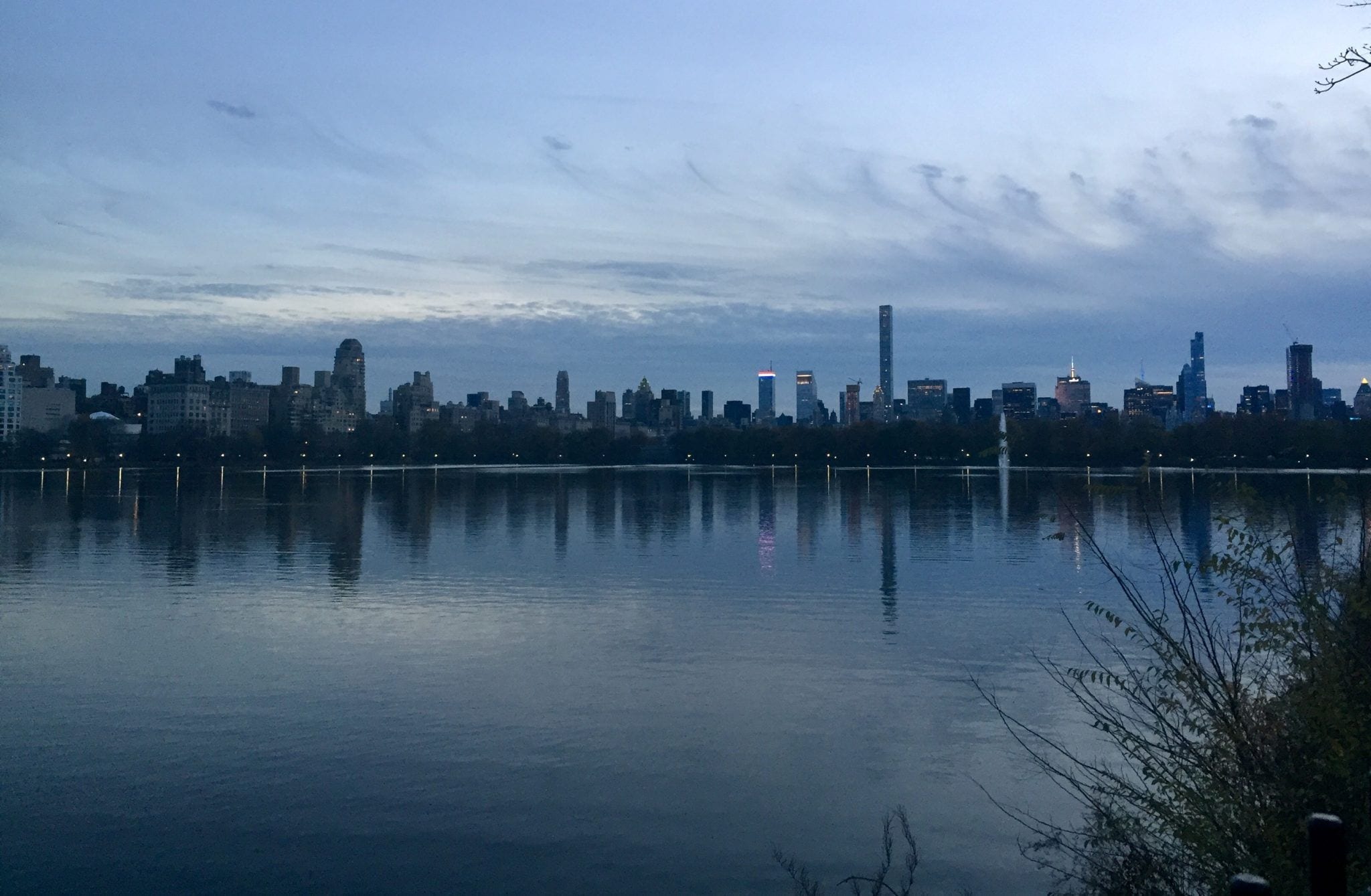 Regensburg really jived with me — its small size, its pastel colors, its many espresso bars.

Nuremberg is fun and has the best Christmas market ever. 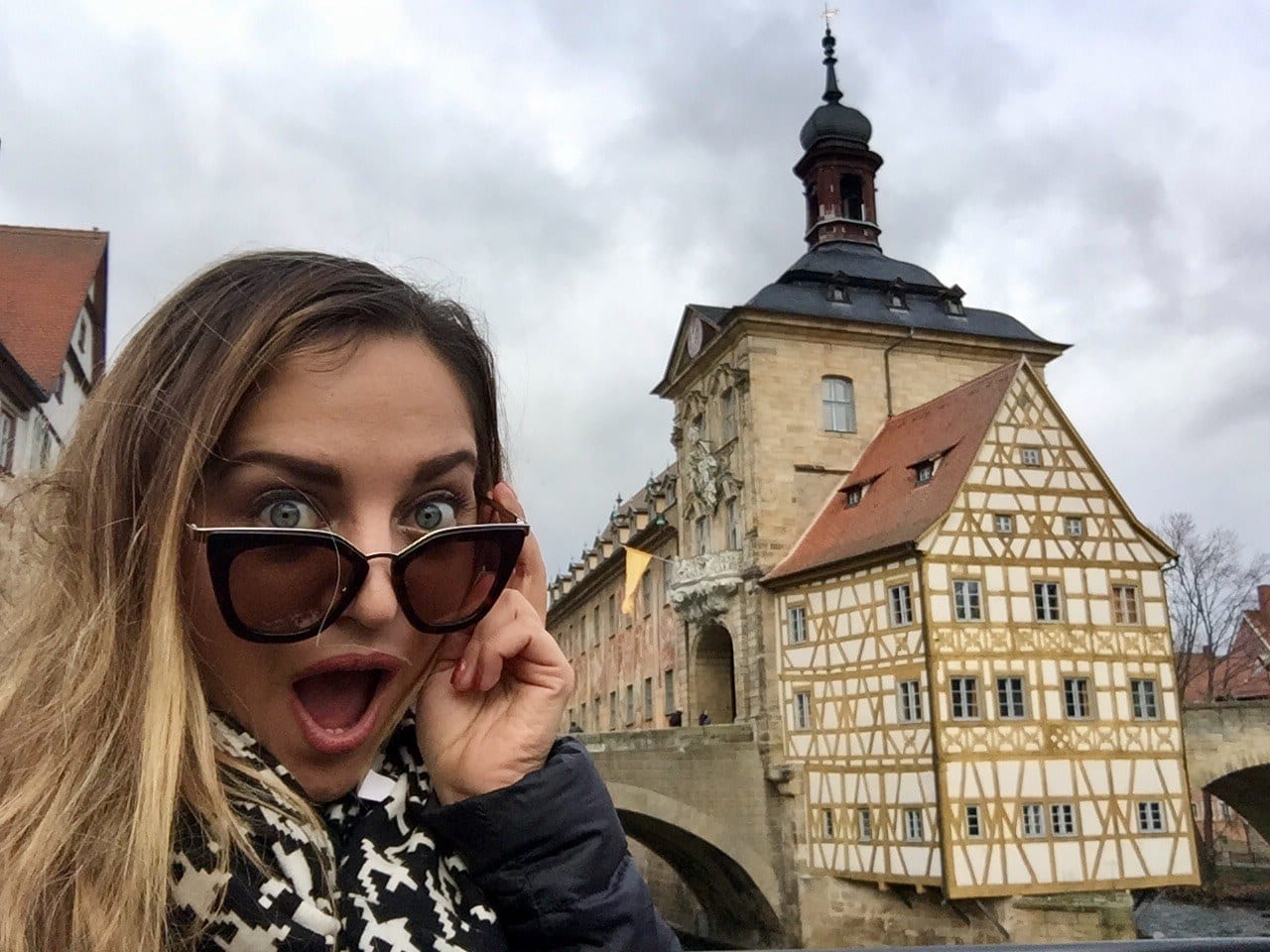 The big travel highlight was my Christmas market trip to Bavaria. Uncharacteristically, I wrote the post before the month’s end, so you can check it out here: Christmas in Bavaria.

That was a nice trip. An easy trip. A chilled out trip. A trip that I planned and got to enjoy on my own terms, which is exactly what I needed at the time. A trip where most of the itinerary involved aimless wandering, taking trains, and drinking various warm beverages.

I also got to see lots of blogger friends, spent time with a reader in Passau, and met up with a friend I met in Colombia in Munich!

Spending Christmas at home. I still feel crazy guilty for missing Christmases in 2010, 2012 and 2013, so it’s always good to go home and spend time with my family, drink a lot of port with my dad, and do a lot of cooking with my mom.

I also sent my first Christmas cards ever! This is one of the things I looked forward to most when getting a place of my own! I definitely wanted to send a funny card that wasn’t the usual sad-single-girl-drinking-and-eating-her-sorrows-away-at-Christmas variety. So I chose to do something different… 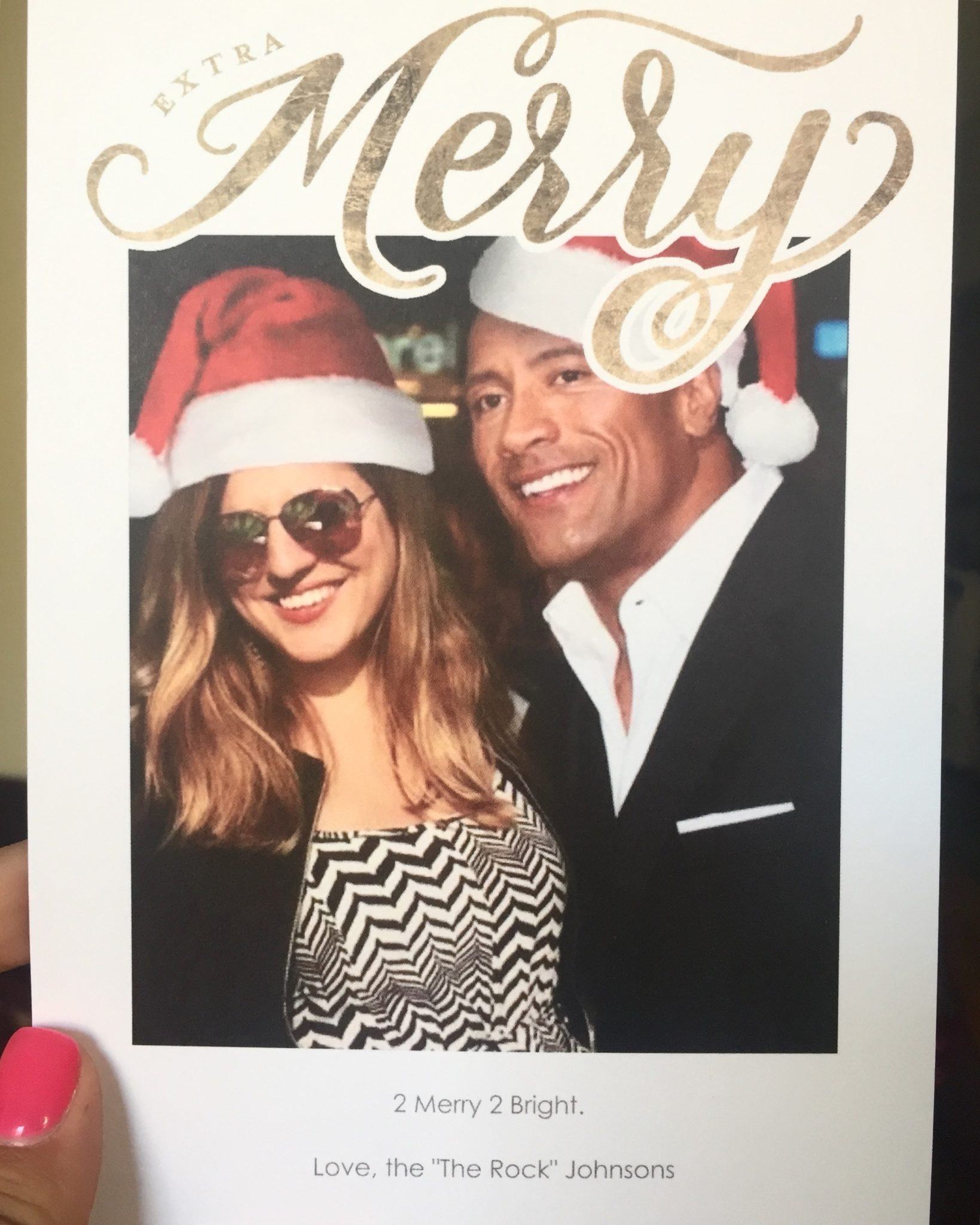 Spending New Year’s in Harlem. I haven’t done much on New Year’s over the past few years, mostly due to memories of walking through deep snow in high heels in downtown Boston to spend $75 on a cover charge (but hey, free glass of champagne!), but I wanted to go out this year. The best thing? Two bars in my neighborhood were having a New Year’s pajama party. My sister and I went and it was so nice to be comfy while drinking spiked Capri Sun packets!

Two great New York activities. I had a great time gallivanting around New York this month, but two activities stand out: first, my friend Oneika and I went to a holiday showcase of Amateur Night at the Apollo Theater in Harlem. They were all 21 and under — and we were both blown away at how good some of the singers and musicians were! Such a cool event, and it was nice to see so many families with kids in the audience.

The other was when my friends Amy and Anubha came into town. On a whim, we decided to go to Death and Co., a popular cocktail bar in the East Village. Well, we picked the right night — it was their 10-year anniversary and all their expensive cocktails were just $5! So much fun. 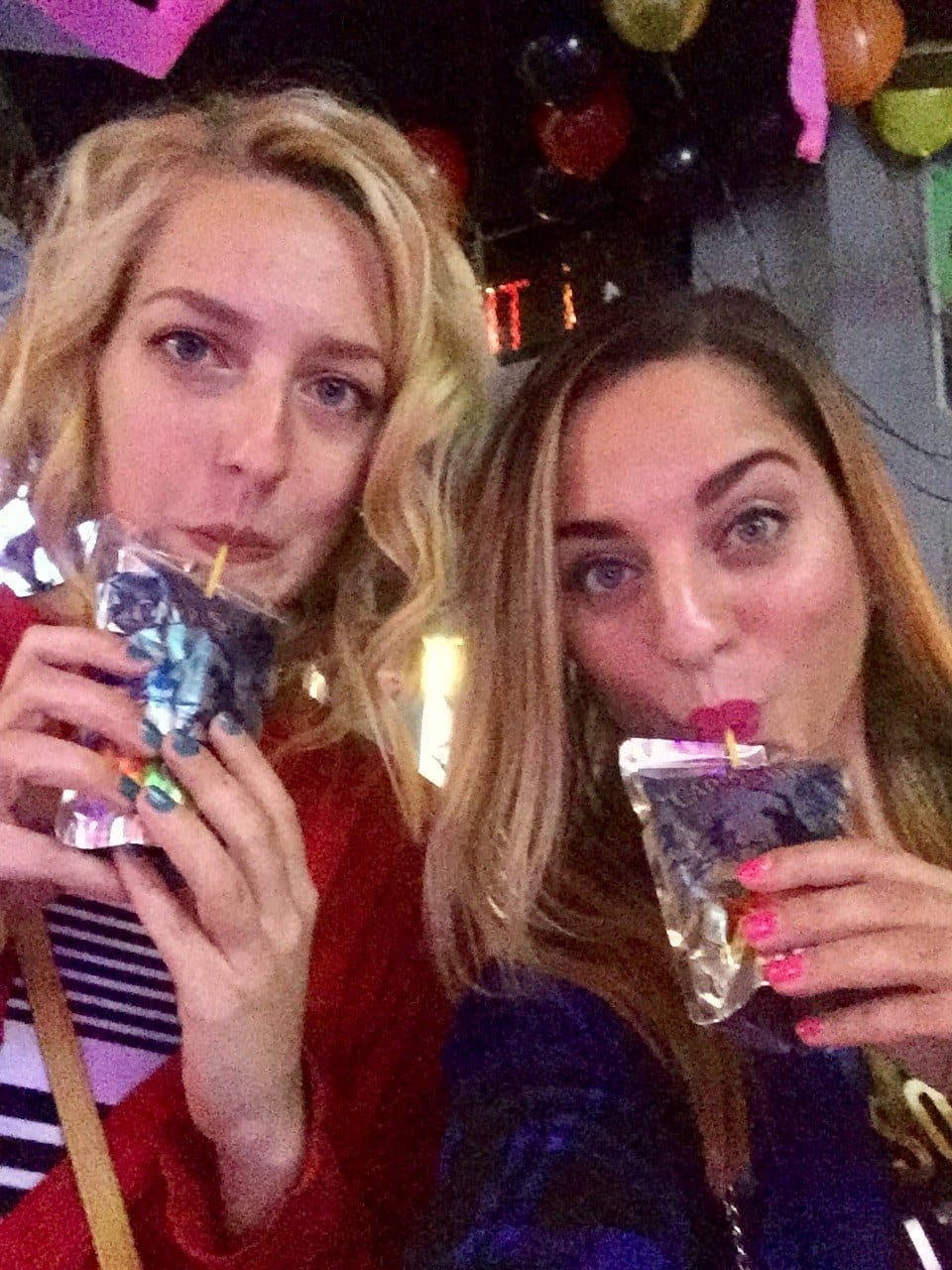 This month I got my hair re-keratined and left it in a long time. I left the keratin in about 88 hours before washing it (48 isn’t enough and I aim for 72) and as a result, my hair has never been this straight this long! I don’t have to do a thing — I just let it dry and it’s perfect.

Also, you really don’t realize how bad your hair looked until you get it done and it looks normal again! I look like a hobo in that top pic!

And I joined a gym! Finally. I joined Equinox, one of the nicer gym chains in New York, because I will only work out if I have somewhere fancy and nice where I enjoy going. And Equinox has tons of cool classes and Kiehl’s products in the bathrooms and it is the cleanest gym I’ve ever seen. (PS — are you interested in joining an Equinox? Give them my name, Kate McCulley, and you can get a free weeklong trial.) 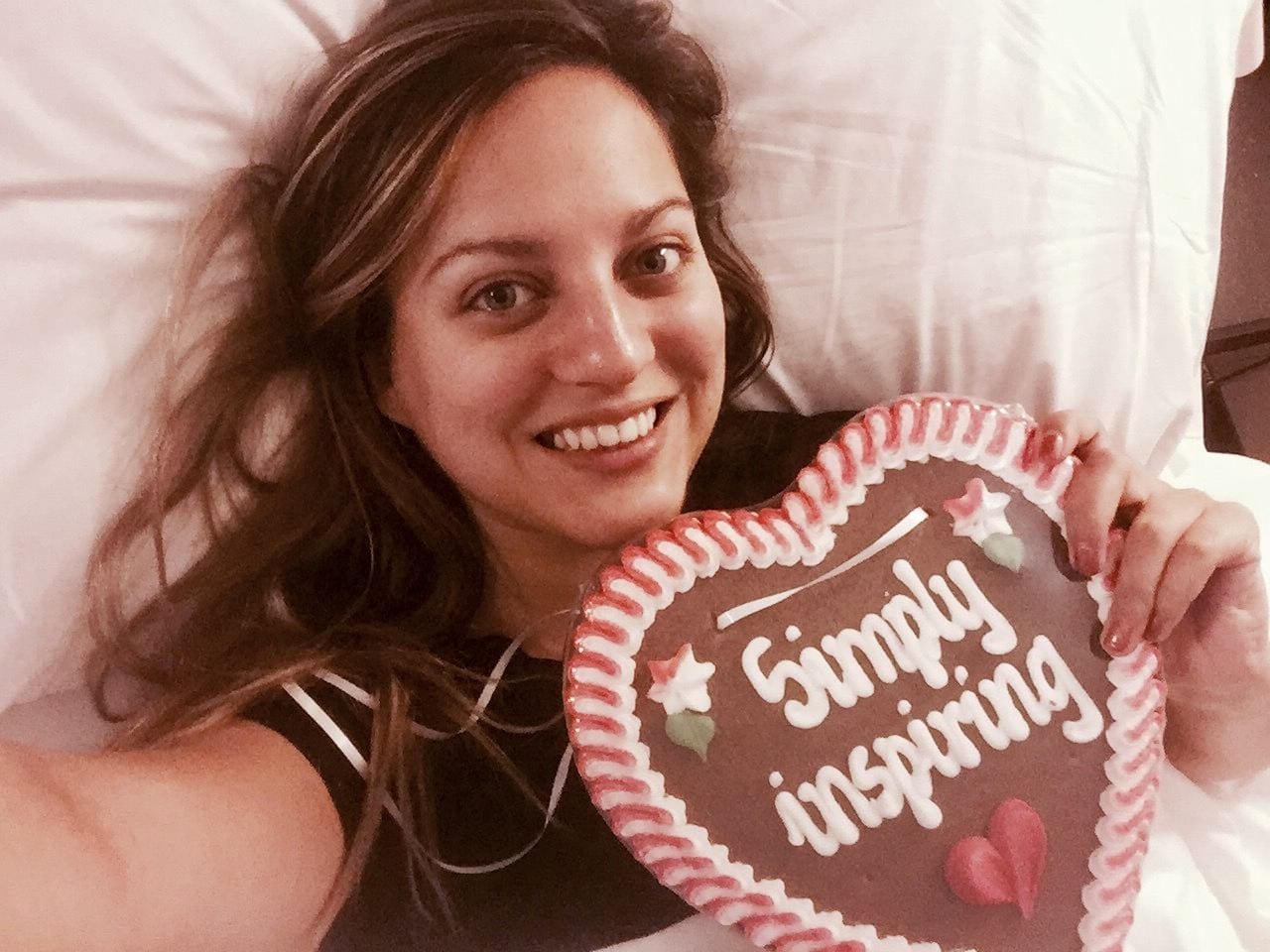 The biggest challenge was one that I’ve mentioned previously: I fell and hit my head in Germany and ended up with a concussion. It was the stupidest thing ever (I wanted to make a funny video for Snapchat, fell backwards, and greatly missed my target when I hit my head on the corner of the bed frame).

I felt okay at the time, but I suddenly started feeling nauseated and dizzy with a headache about 20 hours later. I then started wondering whether I should see a doctor and get a CT scan.

I want to reiterate to you all: please see a doctor if you have a head injury. You can die from a seemingly innocuous head injury — sadly, Natasha Richardson died after hitting her head while skiing, and thinking of her is what got me to go to the hospital.

I went to the ER in Munich and it was a relatively quick and easy experience, though it cost me 300 EUR ($316) for not being an EU resident and having EU health insurance. That money will be refunded to me through my World Nomads travel insurance — yet another reason why to use travel insurance! The good news is that there were no abnormalities on my scan, though I definitely had a concussion.

The doctors cleared me to fly home the next day, but that flight ranks among the worst I’ve ever taken. There’s nothing like having a pounding headache and being unable to focus on your Kindle or the screen in front of you and even though you turned up your headphones, your plane is full of American college students returning from a semester abroad and discussing everything they did in Great. Loud. Slow. Detail. (Yes, I realize this is karma for how annoying I was during my own semester abroad.)

Also, someone burst into my hotel room in Nuremberg. The front desk gave a man a key to my room by mistake. It was scary to have a stranger burst in after midnight when you’re hanging out in your underwear. Lesson learn — always double-lock your door or use a doorstop, even in the hotels in the developed world that seem nice. 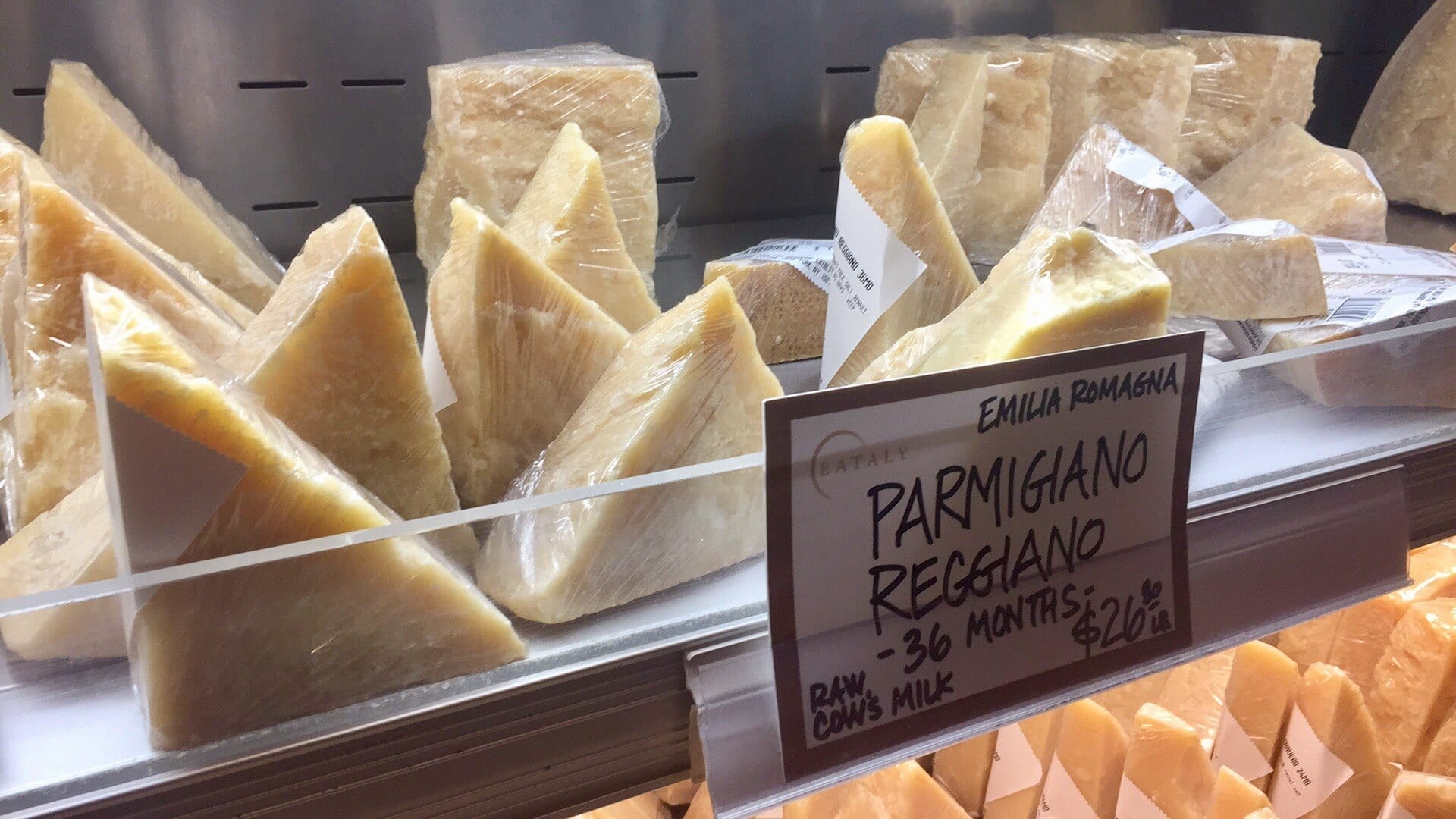 My Worst Travel Moments of 2016 — everyone always loves this annual post!

My Best Travel Moments of 2016 — all my favorite memories.

My Favorite New Destinations of 2016 — did your favorites make the cut?

My Favorite Reads of 2016 — the top 12 books from a year of hardcore reading.

Christmas in Bavaria in 25 Photos — an overview of my Christmas market trip before I write a big guide later this year.

Win a Trip to Chile (including Easter Island!) — one of the better contests I’ve featured lately. Contest now closed. 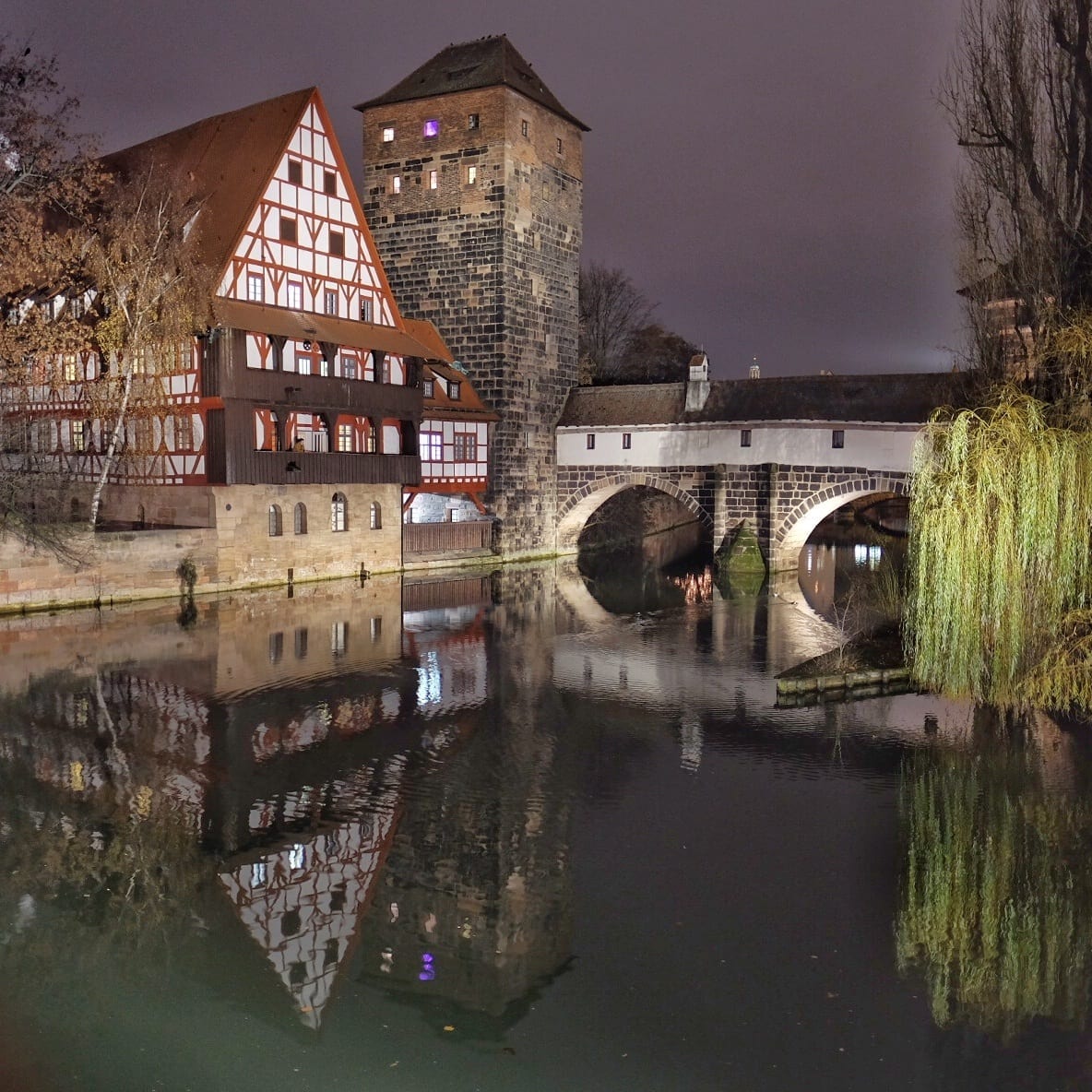 Far and away, this photo of Nuremberg at night was my most popular shot. But the professional shot I edited in Lightroom afterward came out even better. 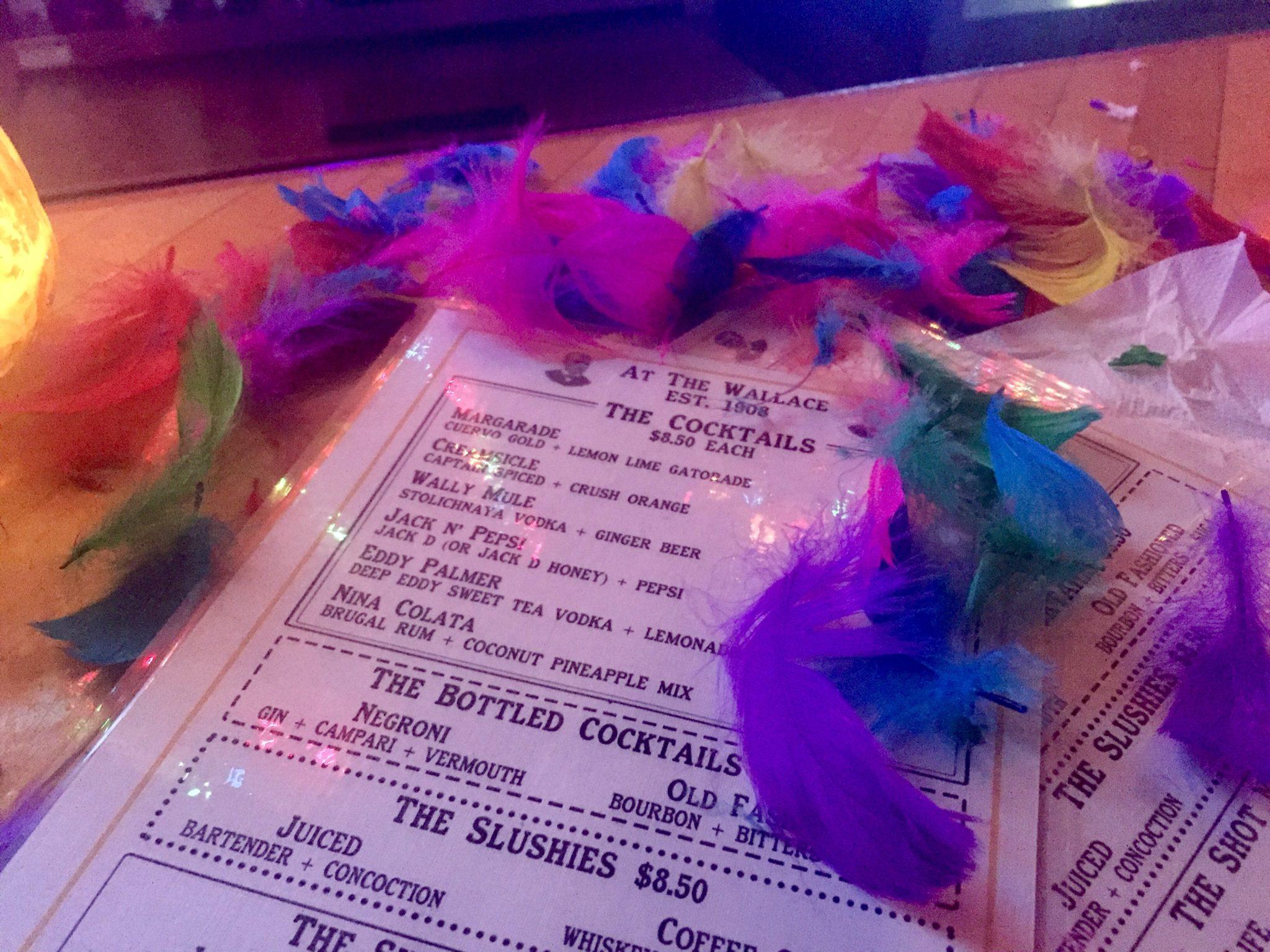 I took a break from reading to recover from my concussion this month, so I didn’t read as much as usual.

Swing Time by Zadie Smith — I named this book one of my favorite reads of 2016 in my earlier post. Two girls grow up in a rough neighborhood in northwest London. Both are poor. Both are biracial. Both love and live to dance — but only one of them has the talent. The book follows their intersecting lives and the twists and turns of their friendship over decades. If you enjoyed Elena Ferrante’s Neapolitan Novels, you need to read this book next.

The book asks a lot of questions at the end. Just how much are we a product of our upbringing? What do we owe to the people who raised us? If we hide a key aspect of our personality, is it going to come out at some point? I loved this book and can’t wait to dive into Zadie Smith’s other works.

I also tried to read Strangers in Their Own Land by Arlie Russell Hochschild, but honestly, I couldn’t get past 25%. The book was a lot harder to get into than I expected, and it was so frustrating to see Louisianans vote against their own interests again and again. People in coastal communities destroyed by environmental disasters caused by lack of environmental regulation, where everyone was getting cancer and you could no longer eat the fish because they would kill you, would say, “No, the real problem is environmental regulation.”

I get that it’s an important book; perhaps I’ll finish it when I cool down a bit.

CHANCE THE MOTHERFUCKING RAPPER! I’ve been hearing great things about Chance the Rapper’s new album Coloring Book for months, but it took me this long to actually give it a listen. And I fell in love with it immediately.

This isn’t an ordinary hip-hop album. It’s a gospel hip-hop album — far less audacious than Kanye West’s attempt with The Life of Pablo and with far better, down-to-Earth results. This album is the warmest, happiest, most inspirational hip-hop album I’ve heard in quite some time. And I think it might be a good “gateway album” for people who claim to hate rap.

I adore this album. It’s my favorite album of the year. And the song above, “Finish Line/Drown,” is the perfect introduction. 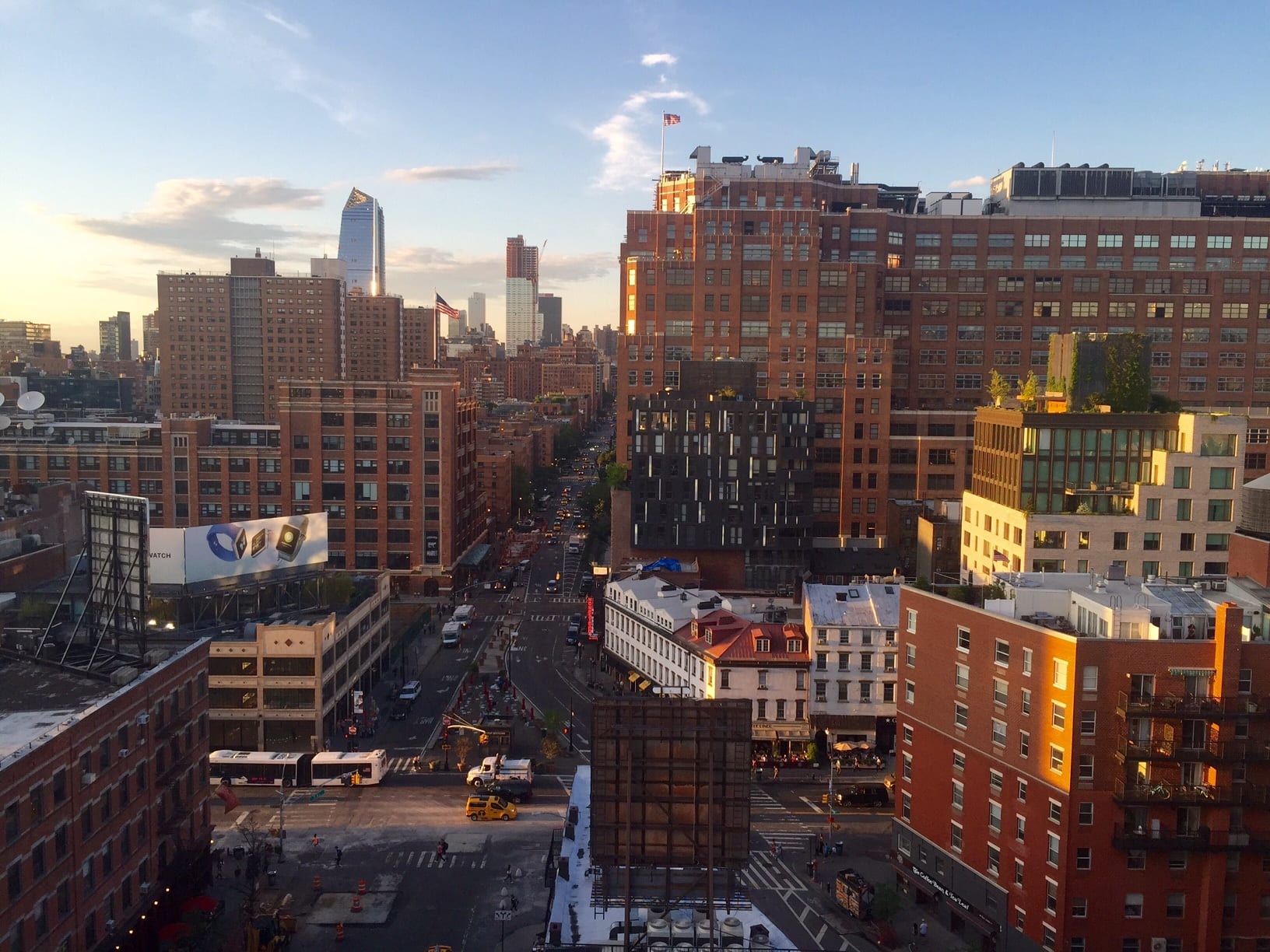 I’ve got a grand total of zero travel plans for this month, and I’m happy about it. Even as dark and dreary as January is, I don’t mind staying put in New York. September through December were very busy travel months for me (especially when you include three home visits) and January will be a good time to catch my breath and get work done.

I will be speaking at the New York Times Travel Show on Friday, January 27, at 10:15 AM. The info is here. This is a Friday morning, and as such it’s more a talk for the travel industry, but if you happen to not be working and want to come by, I’d love to see you. I’ll be floating around the travel show on the other days as well. You can get a $5 discount off industry tickets and $3 discount off consumer tickets with the code SPEAK007.